Also ashfur kills squirrelflight and she has this massive “ok, FUCK this bullshit” moment where she possesses hollyleaf and kills ashfur as payback which i personally think is pretty rad

Yeh and hollyleaf is forced to give birth in the tunnels all alone?? And only one of her sons survive and she has to raise him in the tunnels like in the movie “room” I think that’s pretty cool

Yes I like hollyleaf because she’s an obsessive selfish thirsty for knowledge asshole, your point?

and i don’t want to get up.

i’m going to be honest, i don’t care enough about cinderheart to have a lot to say about this. i’m finishing it in the morning, and i’m starting it in night, so watch this be longer than dovewing’s (fat chance i wrote like 4k words about dovewing because, and i can’t say this enough, i lovewing dovewing), but i’m not feeling particularly inspired at the moment.

ohhh wait i changed my mind this is the one where i get to talk about cinderpelt again, isn’t it? yeessss i take it all back i’ve been waiting to write this since i first wrote cinder back in dovewing’s character

anyway as per usual, this is part of an au where dovekit and ivykit are born to brightheart and cloudtail. go ahead and click the cloudtail’s daughter tag if you want to see more about this. this is probably pretty dependent on knowing what happens to dovewing in the au, but i’d say compared to lionblaze, its still more self standing because it’s significantly more verbose, so it’s not reliant on filling in the gaps as much, because this is filling in the gaps.

Alright I’ve finally sorted hollyleaf out for CTD. She’s going to save Dovepaw from the tunnels in book one.

I mean I could still change it but she’s a minor character At Best book one so her saving Dovepaw prevents a really weird introduction and the timeline does require her to spend a decent amount of time there.

I still haven’t entirely sorted her relationship with Fallen Leaves but I know she maintains contact with him.

i dont wanna clutter my warriors blog anymore than it already is and im pretty sure ive already posted some of these before, so here’s another improvement dump :)

crowfeather/nightcloud family: 2017 vs 2019 (2019 version looks like they’re silently judging you and while unintentional, it fits) 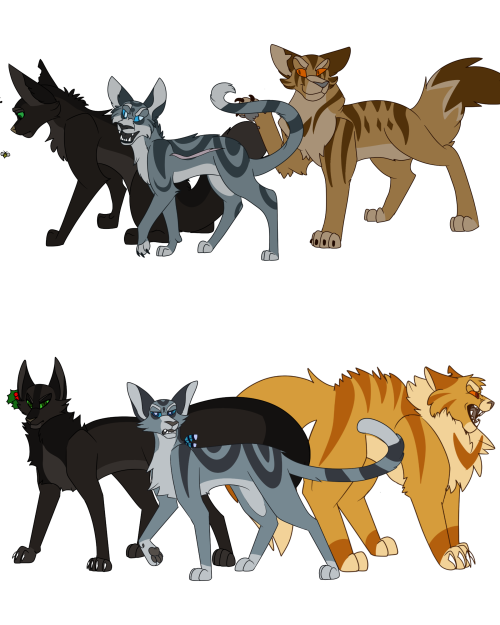 my mental health hit rock bottom recently, and my only way to cope is to kin extremely a character with trauma, so my preferred name for the moment is holly/hollyleaf.

i love the pmv done by @how-do-u-art on a dreamland of hollyleaf, so i decided to redraw a panel of it! i’m going to keep drawing hollyleaf for a while because i am her she is me.

Anyway this is my godsona she resets the warriors universe over and over until once by coincidence hollyleaf is born and bc hollyleaf has a ~thing~ with religion Adrestia and hollyleaf become LESBANS.

5 HOURS LATER HERE WE GO! it’S currently 4am and my fingers are killing me, but I’m somewhat so happy with the final product! The background I would die for, this is my proudest work so far 💞 but I didn’t really like how simplistic the characters look - I feel I could’ve been a lot more detailed but my app was starting to lag with the 50+ layers :’) 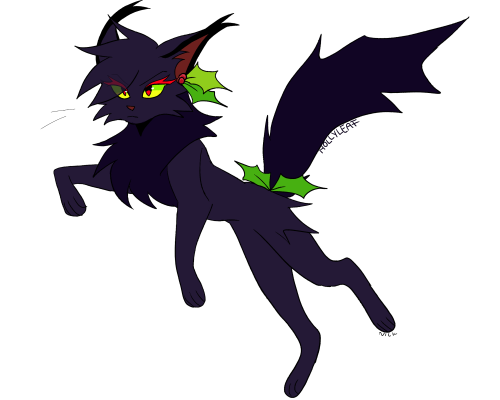 why did nobody tell me that my hollyleaf design sucks 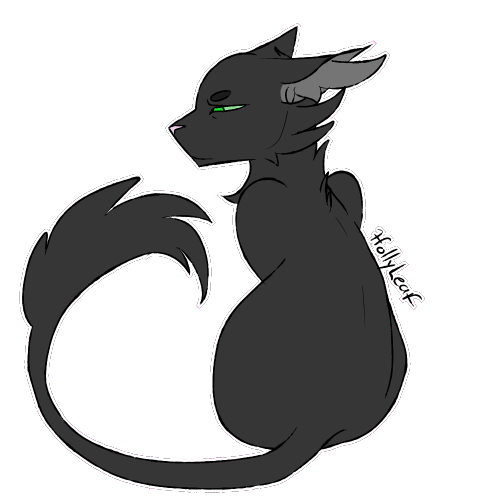 I really enjoyed writing my headcanons/aus about dovewing so im writing one about hollyleaf!! I adore her hshwhs

•Shes so so so bi oh my god. Shes got it bad for Sol AND Cinderheart. Maybe shes poly, i dont know lol

•Her power is time travel! Or more so, resetting time. She can only go as far back as her birth, and she cant go into the future. I think the first few times she was hesitant to do it, so she stuck strictly to the code to try and keep her original timeline pure, but once she became a warrior the code lost all meaning to her, (with a bit of encouragement from Sol, of course.) So she used the code as more of an excuse. She became fixated on all the possibilities of everything, and became wreckless with her time expiriments, but she never expirienced the whole “im not their real mother” speech from squilf until the last timeline, where she decided to take out her rage by killing ashfur, but she found her power had nullified (probably because of Dovewing’s entrance into the world lets be honest, see my dovewing au) and she was stuck in this timeline, which is why she hides in the tunnels.

It’s not that difficult, really. Just that she doesn’t die immediately after exiting the tunnels (nice cop out erins) but instead she becomes co-leader of darktail’s little cult because she’s bitter over losing her powers to dovewing. She wants to at least take her own chunk of authority if she wasn’t going to have powers like her brothers. I haven’t finished avos yet, but essentially she’s defeated and then redeemed by ivypool. 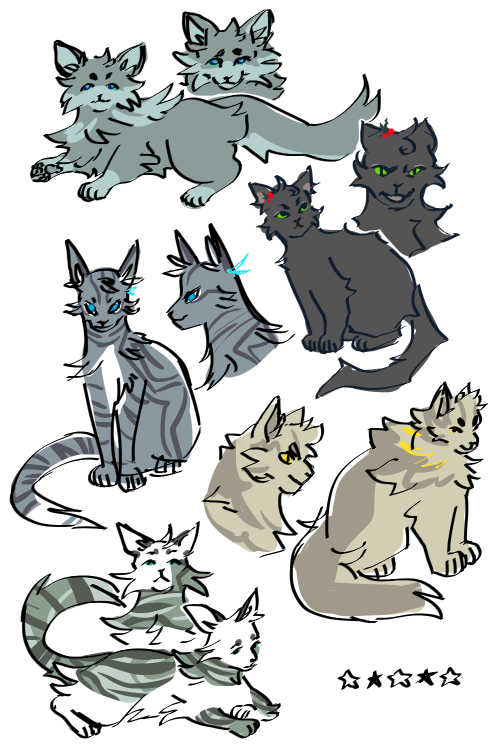