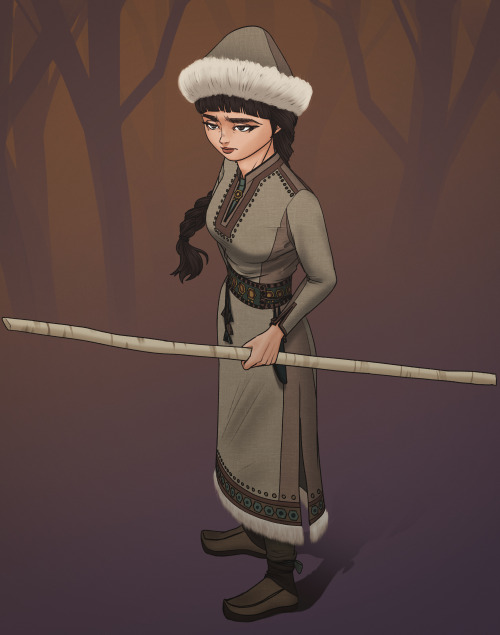 #female, #forest, #girl, #longhair, #photoshop, #stick, #woman, #frozen2, #ukkim, #frozen2fanart, #northuldra, #honeymaren
2 notes · See All
i-prefer-the-fictional-worldChat
A reviewer writing a review for Frozen 2: over all it was a good movie....
The reviewer: but there are some huge flaws in it ...
The reviewer: I mean it wasn't that good at all, it was really bad.
The reviewer: It was nothing compared to the first one, so no need to sing those songs.
The reviewer: The love interest of the sister of the main character didn't have that much screen time... that's a completely valid criticism.. yeah.. so you know.. not good.
The reviewer: I can't do it again, please, I can't listen to Frozen 2 soundtrack for next six years.
#frozen, #frozen 2, #elsa, #anna, #kristoff, #olaf, #queen elsa, #queen anna, #honeymaren, #elsamaren, #Disney
10 notes · See All
icedhoney-stuffText

Anna smirking: Do you love Honeymaren?

Anna: THEN I DARE YOU TO TELL ME THE “TRUTH”!

Anna flips the table: THAT’S NOT WHAT I MEA–

the way they look at each other 😍🥰🥺 girlfriends ❄️🍯

An ice sculpture of a reindeer stood in one corner, with a snowman of all things on its back.

Elsa didn’t actually strike Honeymaren as the kind of woman to build a snowman, and yet it had her unmistakable touch. Carefully, she got up and approached the reindeer.

Up close, the detail was incredible. Maren could make out each and every strand of fur, and all the details of its face. It was as though someone had taken a living reindeer and frozen it in time.

Maren lifted her eyes to the snowman, only to find a pair of eyes looking right back at her.

“She gave me the whole entire sky…” 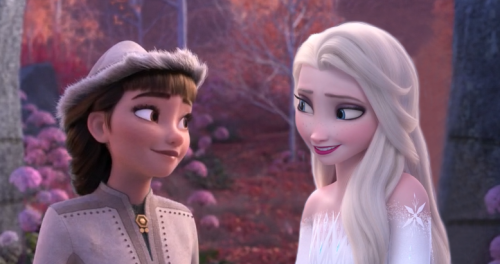 So hear me out, Vampire Elsa AU. And maybe like, I’ll make Honeymaren her victim. 👀

Clarification: This is just a joke! No hate towards any ship or character <3

Well, as a big fan of this sexy asshole prince, I always wonder how Frozen 2 gonna be if Hans was joined the Arendelle​ royal gang. Suddenly, he realized that he has falls for Elsa.

Ladies and gentlemen!! I would like to introduce these idea to you!!

I’m glad Elsa stayed with her girlfriend, Honeymaren, and lives happily ever after with her horse and salamander.

#frozen 2, #elsa of arendelle, #honeymaren, #that's how it ends right?, #them riding off into the sunset on Nokk
55 notes · See All
puryartistText

Olaf: Elsa’s been eating a lot of honey lately.. hmm, and here I thought she liked chocolates.

Anna: Oh I dunno, MAYBE BECAUSE SHE’S THIRSTING FOR HONEYMAREN!

Elsa: *GAGS ON THE SPOON

“You’re not coming back.”

The brush snagged and flew out of Elsa’s hands as Kjekk whirled around in fright—and narrowly missed whipping Yelana across the face with his tail.

Unfazed, Yelana blew aside strands of silvery hair that had been disturbed, and fixed Kjekk with a flat look. “Doavki,” she stated.

Kjekk whinnied indignantly, but Yelana’s arched eyebrow had him retreating behind Elsa and hiding his face in her hair.

Elsa raised a hand to calm him. “Of course I’ll come back, Yelana.”

Ryder walked past with a bundle of firewood. “She means you’re banished.”

“What?” Elsa was alarmed.

“That’s what Yelana told him when she actually banished him,” Honeymaren explained. “He found a herd of untamed reindeer when he was ten years old and thought they would adopt him. They didn’t, unfortunately. I had to go out in the dead of night to fetch him.”

“She makes it sound all heroic and selfless,” Ryder told Elsa, “but it’s only because Yelana told her she was also banished until she brought me back. She made me cry, you see; that’s why I ran away.”

“I didn’t make you cry. I literally stepped out of the hut for ten seconds and you started bawling.”

“Yeah, because you wouldn’t let me go with you!”

“You followed me everywhere back then! A girl needs her space.”

“I gave it to you—I went looking for a new family!”

“And I banished both of you to teach you how to get along,” Yelana cut in dryly. “Do you need a refresher?”

Three pairs of eyes landed on Elsa. She sheepishly tipped her head against Kjekk’s.

“Let me guess,” Honeymaren said, prying Ryder off of her. “Anna as a kid?”

Elsa smiled. “And as an adult, every now and then. With occasional variations.”

“Come on, Yelana,” Ryder protested, throwing up his hands. “Maren and I will always look like mortal enemies if you’re comparing us to that.”

#it's always Ryder who derails everything, #twas fun though, #frozen fanfiction, #the next unknown fanfic, #elsa, #yelana, #ryder, #honeymaren, #my writing
8 notes · See All
organas-alderaanText

Kristoff pushing Honeymaren towards Elsa: C'mon you can do it! You’re just gonna give her some chocolates.

Honeymaren trying to stay in place: How will I know if she even likes these??

Kristoff pushing harder: Trust me!She’ll be so happy she would die!

Honeymaren (dying): Holy– okay. You can stop pushing now! I’m literally right in front of her!!

So I’ve bin on a frozen streak lately. I even bought some stuff.

It’s so cool! It’s spose to be a lamp but it’s wires so tiny I couldn’t use it anywere but it looks so cool it dosnt need to be a lamp!

Then I’ve joined this ship and got excited when I saw honeymaren and Elsa at Walmart! Lol

So this and animal crossing is what I’ve bin doing in my free time during the qorentine. Lol 😆

And because they need a frozen version of everything why not a punching bag!?