Can someone please explain to me the reason that I went from writing thirty+ chapter fanfictions to now being unable to write a three page essay.

#i have an essay do tomorrow and i do not want to write it, #essays, #writing, #fanfiction, #struggles, #high school, #honors english, #1984, #the scarlet letter, #animal farm, #books, #english writing, #college
0 notes · See All
steelrosesandburntwingsText

What do all relationships have in common? Love. Whether it is mutually or one-sidedly beneficial, whether it’s romantic or platonic or familial, love is what brings people together. In Angels In America we see love bringing people together, tearing people apart, giving people strength, but also causing heartbreak. Regardless of circumstance – of the individual stories and dynamics, this play is a production of love. This is perfectly summed up with Harper’s end, too, because the opposite of love is not hate, the opposite of love is nothing – is the void… is the empty, frozen tundra of Antarctica.

This quote was given to us by my teacher and we were to discuss what this powerful exchange of words mean and how it rings true in many areas of the play. This was my response:

“It’s the fear of what comes after the doing that makes the doing hard to do.”

In America, we have a lot of freedom’s. One of the most popular freedom’s referenced is freedom of speech. In Mericsko’s class, we’ve spoken about freedom of speech in reference to a few different works, including public shaming. I’ve said it before and I’ll say it again, yes there is freedom of speech but there is not freedom from consequence. Whether it’s man vs environment, man vs man, or man vs self, every single choice we make has consequences. Sometimes it is the obvious, well know, for certain consequences that make the action hard to do. However, it can also be the uncertain, mysterious, there’s-no-way-to-know consequences that can make actions that much harder to do.

They say the only thing for certain is death and taxes, they say the only constant is change. From life - having a child, to death - and the question of the afterlife, our lives and therefore choices are infinite. Sometimes the limitless possibilities are crippling, causing a sort of paralysis by indecision. On a more emotional level, knowing that your action can or will hurt someone makes us question our morality and if it is truly the right choice to make. Do we put the one over the many? Or do we put the many over the one?

“But you can almost always live with the consequences.”

Yes and no. You learn a lot about yourself and others by what consequences they can live with. Murderers are just fine taking life, while my sister can’t even tell a lie. Roy was perfectly fine and actually enjoyed every choice he made while Joe couldn’t even fathom doing something even slightly wrong (whether truly wrong like what he was being asked to do politically or what he was taught to be wrong like homosexuality). And that’s the question, isn’t it? What really is wrong, what really is right, what is natural and unnatural, what is learned and what should be taught, what is important enough that the ends justify the means?

Aforementioned, Roy loved his life and loved himself. Every action he took, he viewed as right. He couldn’t even admit to being sick because he viewed himself as such a powerful individual that there’s no way he could be anything less than immortal. He lived and died by his own hand.

Joe is the exact opposite. Joe is constantly questioning himself, his choices, his actions. He is burdened with morality and not just his choices, but the choices of his wife and Roy. He takes the world on his shoulders and whether he thinks it’s selflessness or not, all he’s doing is hurting himself. He can’t even live with the most “correct” of choices.

Harper is hard to pin in the spectrum because of her mix of mental illness and addiction. By the end, however, we see that she cannot live with her own choices and her husband’s actions to the point that she has a mental break. Needing to get so far away from reality, she becomes completely delusional.

As for Prior, we have someone in the middle. He’s loved his life and felt content with his choices. He was happy until he was not. It was the illness that took his life away from him, physically - mentally - emotionally - and because of it Louis ran away. Prior was the only one to truly understand love, real love - love that is thoughtful and selfless and immortal. His heart was pure and only hurt when others failed him.

Last we have Louis, who on paper is exactly like Roy, but is actually the inverse. He is not fearful or weak, he is not like Joe nor Harper. Louis is so significantly himself that he does not change. Though he may not be happy with the world, he is happy enough with himself that the world is the problem, not him. He cannot live with his consequences, letting his actions feed into guilt, and yet does nothing to change. He exists, he does not live.

Guess who’s ready to point out all the homoerotic subtext?

Honors Comp is making me realize why I decided to drop my English Major.

I’m super glad that I’m one of the few people who never had to read Great Expectations in school. My goal is to go my whole life without ever reading it 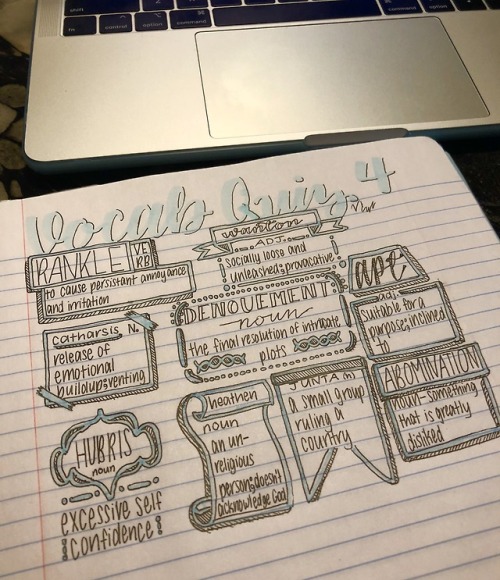 Not to be dramatic or anything but

my english class is gonna be the death of me

Hey guys when Macbeth killed King Duncan would it have been a murder or an assassination? Asking for myself, I’m writing an essay about this stuff and I’m not sure what to call it.

My friend, noticing I completed an entire project during the weekend when it wasn’t due Monday: Wow I like your work ethic!

Good news is you’re the pilot.

Don’t be afraid of your own heights.

8/25-26/18- The reason why this post has two dates is because I was up till near midnight studying again. School starts on the 27th and I had procrastinated my biggest assignment till last Saturday,,,yeah not my greatest achievement. The book that has been given to my 11th grade honors English class to read over the summer is Edith Hamilton’s Mythology. Today I have successfully finished all of The Houses and now only have some of the less important myths to read. I don’t plan on reading the part including Norse Mythology unless it is indicated that it is important. In the morning I will start the essay that must come with reading the book along with the three annotation assignments. My only reason for not completely finishing The Less Important Myths is that I needed to start on my AP Euro homework. In the morning comes a new day, hopefully one filled with success 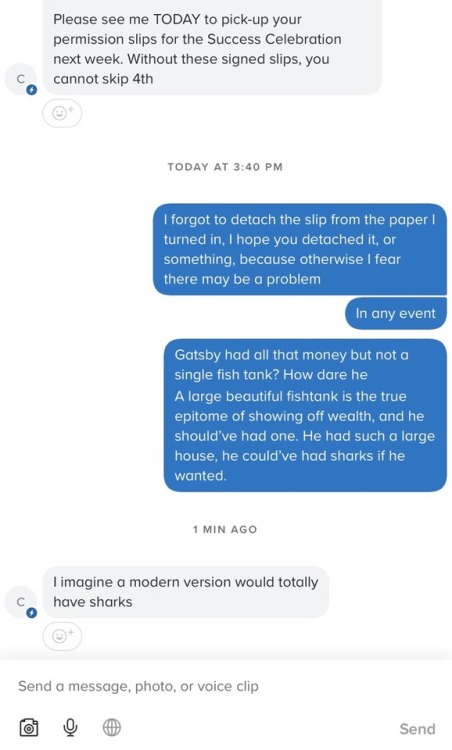 i have to write an essay about romeo and juliet, and tbh i just wanna paste the link to the love story mv and call it a day.

I really need help, I want to know your opinion on if I should say yes to the recommendation from my eighth grade ELA teacher to go to Honors ELA in ninth grade.  I know it will be difficult and I really don’t want to do the summer work (I know that’s childish) but if you could please give me your opinion that would be really appreciated.  Especially if your someone who made it through High School and is in College, did Honors classes really help you chances to getting into a better College or do teachers just say that so you will be more interested in it.  Also if you could give me your opinion quick the application is due tomorrow during Home room.