Had to repost it cause I forgot something 🥲

So yet again Entrapdak in my inconsisten a** artstyle! Hope you still like it ♥️

Under my last piece someone requested some hordad entrapta stuff, where she holds Imp like a bby.

Maybe next some Catradora or Perfuma x Scorpia? Lemme know 🥰

A few days ago I had a dream where Adora and Hordak got high together and tried to make bubbles out of those soap containers in public bathrooms.

So now I’m imagining an au where the rebellion and the horde are both accusing the other side of stealing their leader while Adora and Hordak get disappointed in a McDonald’s bathroom thanks to a lack of bubbles.

Work-in-progress S4 Hordak; both standalone and Entrapdak fanfic art. Inspired by the MOTU 200x episode “The Power of Grayskull”. 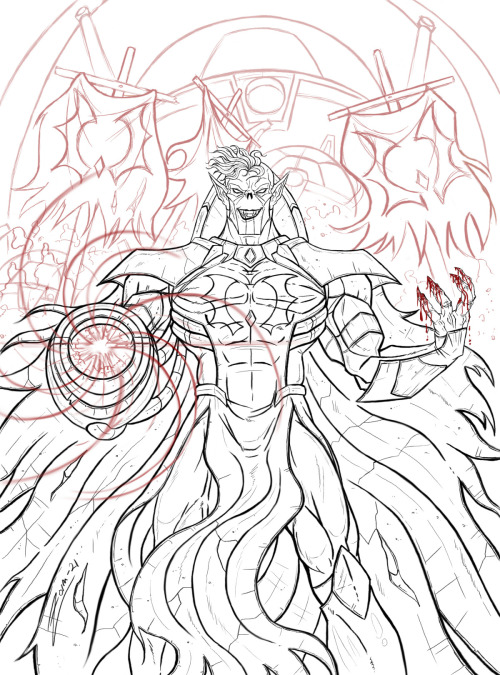 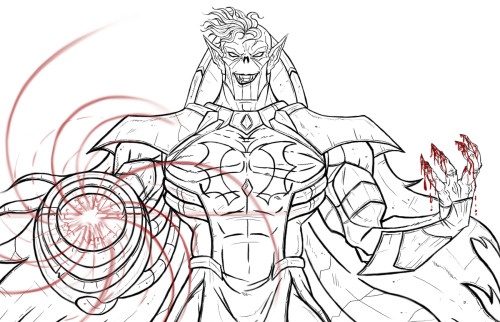 I love Hor-dad and his 2 beautiful foster daughters, long may they roam the wastes in a double baby sling 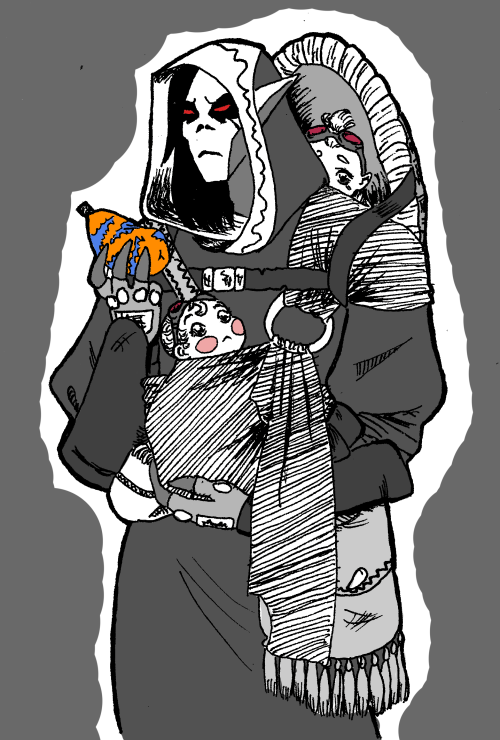 I’m discovering new things about writing as I create new chapters of Gossamer Threads. For example, dialogue has been an unexpected challenge, since it’s not always easy for me to imagine characters voices and speech patterns. I thought action scenes would be challenging to write, but they’ve been some of the easiest scenes for me to describe. I’m writing a battle scene right now for chapter 7, and it’s practically flowing from my fingers.

Fellow She-Ra fan fiction writers, have you surprised yourselves while writing? What parts of writing were easy? What parts were difficult?

so anyway. that was one HELL of a redemption arc catra went through. i… admittedly greatly disliked catra for the LONGEST time. we’re talking like four seasons. but the way noelle made me take back my words- i just. i’m stunned. STUNNED. also honorable mention: i watched it with my 9 year old sister and when the (ICONIC MIGHT I ADD) catradora kiss happened on-screen she audibly said “ew” (not because she’s homophobic–after fucking v*ltr*n happened i made sure she knew wtf was up bc i thought things were gonna go DIFFERENTLY AND I’M STILL MAD ABOUT IT but that’s for another time. anyway she said ew because she HATES on-screen physical affection, you know how 9yos are with cooties and all that) and i laughed SO hard

and do you know what else the show convinced me about at the VERY END? entrapdak! at the beginning i was like… hm but i’m down for it now even with wrong hordak in the mix (whom, might i add, was the FUNNIEST character to ever be on tv).

one thing i wish had happened though was scorfuma. i LOVED them together SO much. at first in the early seasons i was leaning towards scorpia with huntara, but honestly. i LIVE for them. anyways i used to hate perfuma (YES i used to hate a lot of characters WHAT OF IT) but i think now she may actually be my favorite princess. she’s certainly up there.

ANYWAY now that i’ve finished i know a couple of you wanted to CONVERSE very intensely like we used to in the *wipes tear* vld days of old, so fire away i’m so excited i love this show SO much and… anyway

I loved how this design turned out so much, she looks like a very different character with blue hair, I’m tempted to draw her like this with Hordak if people like this design, but it would look like cheating honestly! I also drew her to have a blue catsuit underneath, instead of having blue parts of skin like Hordak. 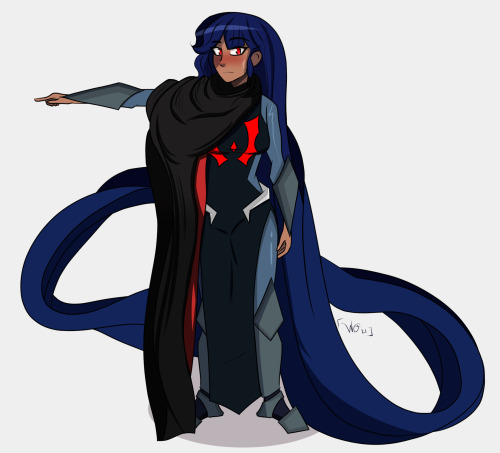 I have to say, I’m loving the new option to slow down or speed up Netflix. It’s allowed me to notice a few interesting details about the scene where Catra returns from the Chrimson Wastes.

After returning from the Crimson Wastes, Catra throws them She-ra’s sword, Entrapta’s initially enthusiastic about studying it as she is about all scientific endeavors.

She’s happy to explore the very powerful First-One’s tech at her disposal and the fact that they finally have the key to the puzzle they were both working on for the past few months.

He has the standard “default clone face” - expressing nothing.

But… It’s a blink and you miss it thing… Hordak realizes what finishing the portal means and he emotes slightly during Entrapta’s observation.

Notice the eyes widening and the sad look on his face? He’s anything but happy about it. I’s say that he’s actually conflicted if not distressed by this.

Then, Entrapta realizes the implications of finishing the portal and what it would mean for the both of them.

She’s not excited either. Both of them look sad and anxious. The sword literally separating them through the framing of the shot.

He wipes the expression of distress off his face and returns to a more neutral (Prime –pleasing) one.

And then he looks at her to gauge her reaction to this.

For once in her life - Entrapta’s heartbroken at having solved the problem.

She removes the possibility of any plausible delay.

Hordak is paying attention to Catra’s observation, deep in thought, while Entrapta is looking at him trying to gauge his reaction.

He consults, wordlessly, with Entrapta:

and then nods, confirming that he can’t make any excuse to delay it to himself, not in any (Prime) convincing way at any rate.

Entrapta too nods, she understands.

And then they start working on integrating the sword into their portal machine. (extremely unenthusiastically – which would normally have been out of character for Entrapta)

Entrapta would have loved to see the stars and the larger universe but it would have come at the cost of being separated from Hordak - a prospect that she finds distressing.

You’d Expect Hordak to be glad to finally be free of this “primitive” planet and go back to his god. He had been working on this, single-mindedly,  for decades and yet, when the solution to all of his previous problems finally appears,  he is visibly dejected.

His blank expression is not because he is inexpressive in this episode. On the contrary, just minutes ago he manifested happiness at the capabilities of his new armor.

He expressed sadness at the prospect of returning to Prime…

…and enthusiasm at the prospect of procrastinating on the portal,

He doesn’t shoot down the idea - relaying his tacit approval.

It’s such a short scene with little dialogue but the animation relays so much of what’s going on through their heads.

Some of their expressions are so subtle, a lot of people watching the scene miss them entirely - which is frankly such a shame since these few minutes are loaded with meaning. The wordless communication between them is so strong.

As an aside, I find his expression in this shot (and his tone) absolutely hilarious. 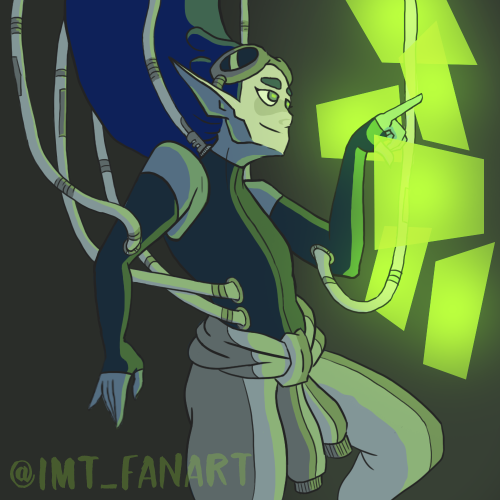 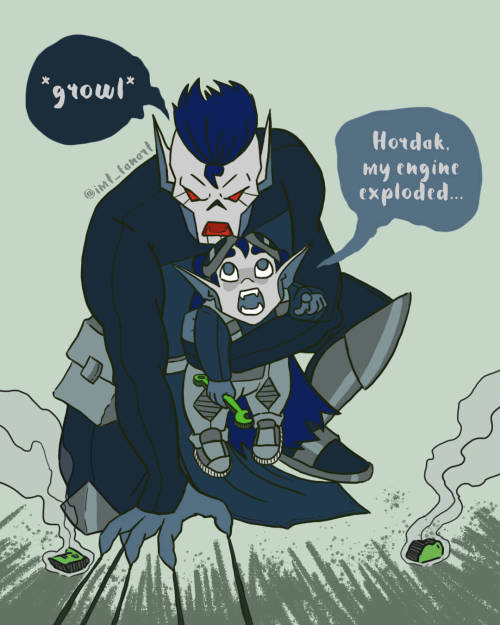 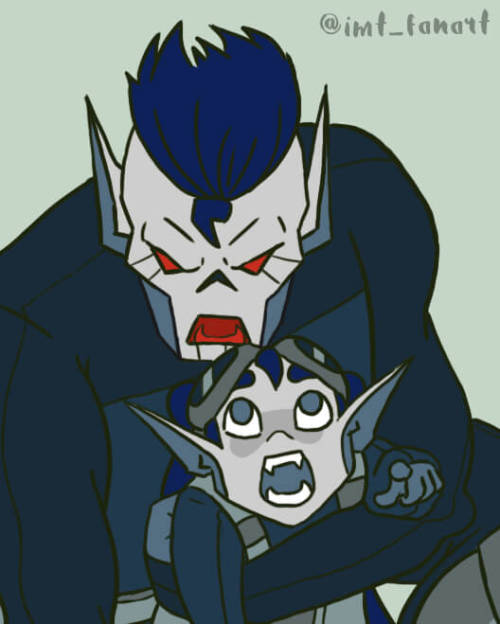 they’re such nerds that they even flirt the same way

Hey folks 😌 today I want to present this angry Hordak-WIP to you. It’s gonna be dramatic because I’m all about that. There’s gonna be a counterpart and together they‘ll mark a certain point in the story. I am thrilled to finish it/start the other part.

Removing the armor and patching each other up after battle. Damn, I wish so much there would have been a scene where these two fight side to side. 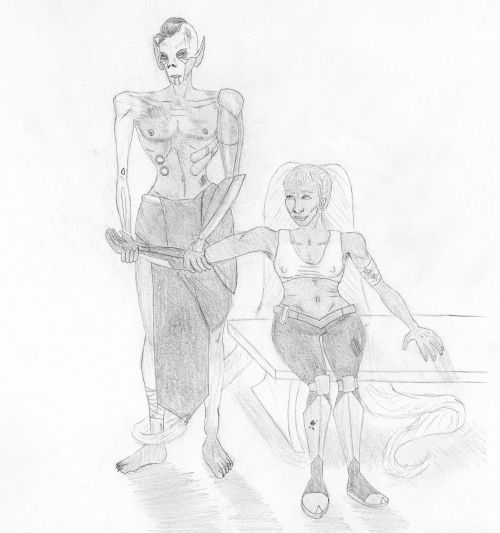 Part One of my post-finale fanfic series “One Last Road Trip - A She-Ra and the Princesses of Power Series”:

The war is over. The Best Friends Squad succeeded in rallying all of Etheria together and vanquishing Horde Prime forever. Now they take some time to finally rest, and to answer the one big question: How are they going to take an interstellar road trip with a broken spaceship?

One More Best Friends Squad Road Trip - Reeny_Chan - She-Ra and the Princesses of Power (2018) [Archive of Our Own]
An Archive of Our Own, a project of the Organization for Transformative Works
archiveofourown.org
#catradora#glimbow#adora#spop#catra#entrapta#hordak#glimmer#glimmbow#bow#she ra fanfic#she ra#she ra spop#fanfic#fanfiction#post finale
5 notes
spop-palentines
Photo
The prompt for Day Seventeen is…

These are just some suggestions, feel free to interpret this theme any way you like! We’d love it if you’d reblog this and add examples of what you’d like to see for this prompt to give our fan creators some ideas to start with! 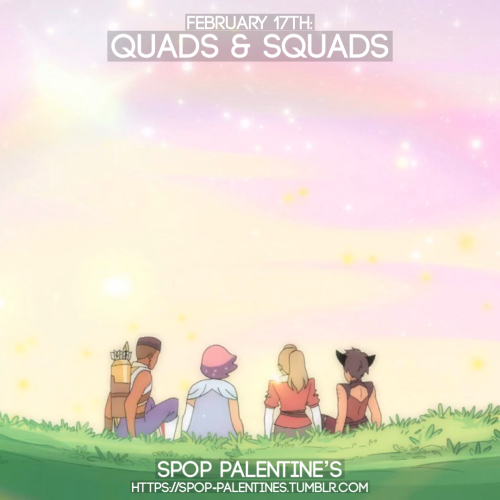 I painted some more Entrapdak for you guys ♥️🥲

I cant seem to find a consisten artstyle just yet… I need more practice. But I will practice with She Ra couples.

Maybe a request for the next one? ✨🥰

it’s sad to think of–hordak really does have faith in entrapta, i believe that. he respects her deeply, he thinks highly of her. he does believe in her.

but in season 3–like, i think cruelfeline pointed this out:

hordak’s lack of faith in himself, his lack of self-worth, is what really makes him believe catra’s lie, it’s what makes him think entrapta would betray him.

it is less doubt in entrapta, and more doubt that he would actually be worthy of her loyalty.

#entrapdak#hordak#entrapta#spop#she ra and the princesses of power#not a reblog
78 notes
entrapdaknation
Link
Gossamer Threads - Entrapdak_Nation - She-Ra and the Princesses of Power (2018) [Archive of Our Own]
https://archiveofourown.org/works/28231158
#gossamer threads#hordak#spop#shera#fan fiction
15 notes