Chapter IV. The Prince of Elfhame Gets a Moth Drunk

Chapter V. The Prince of Elfhame is Mildly Inconvenienced 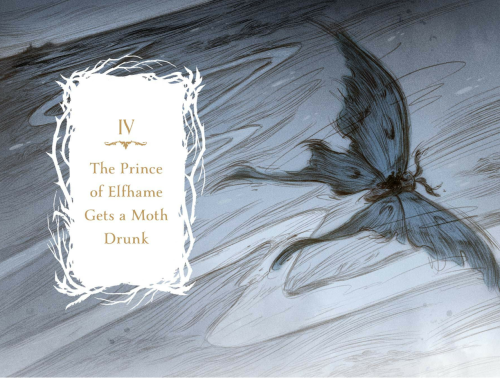 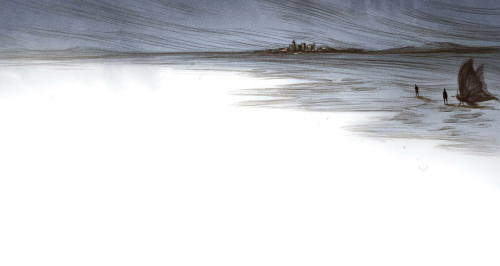 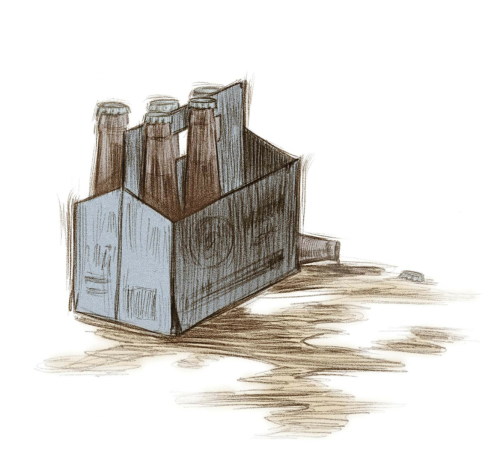 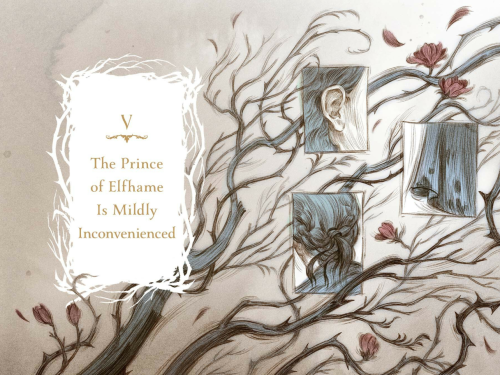 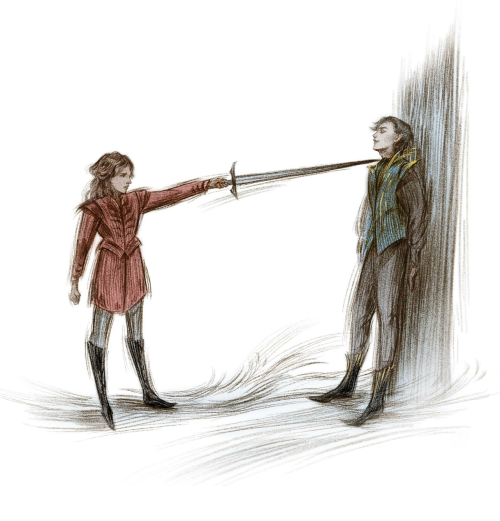 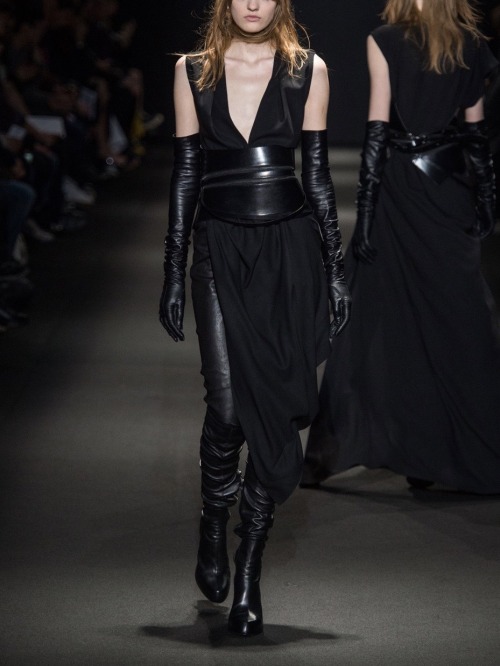 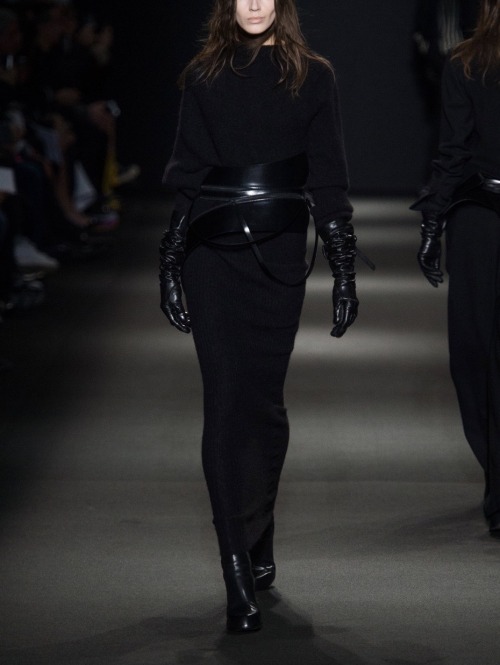 Cozy winter book stack 🥰 have you read any of these?

Chapter III. The Prince of Elfhame Hates (Almost) Everything and Everyone 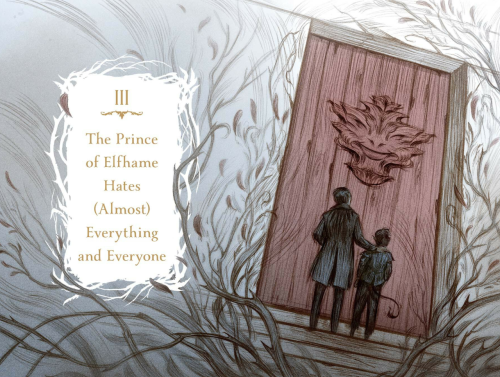 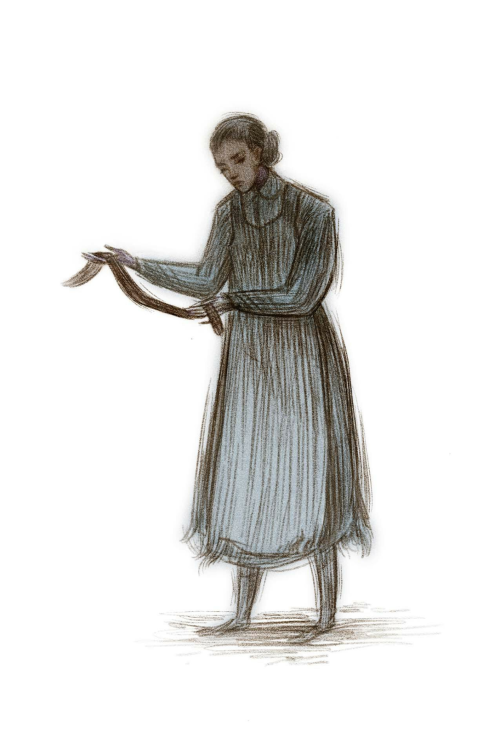 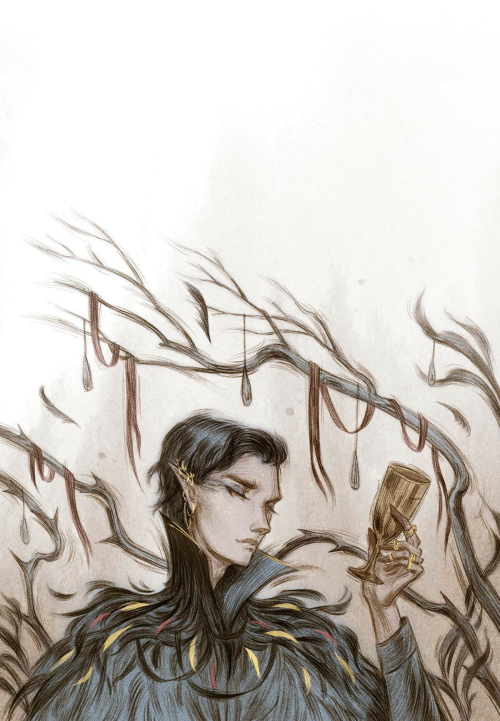 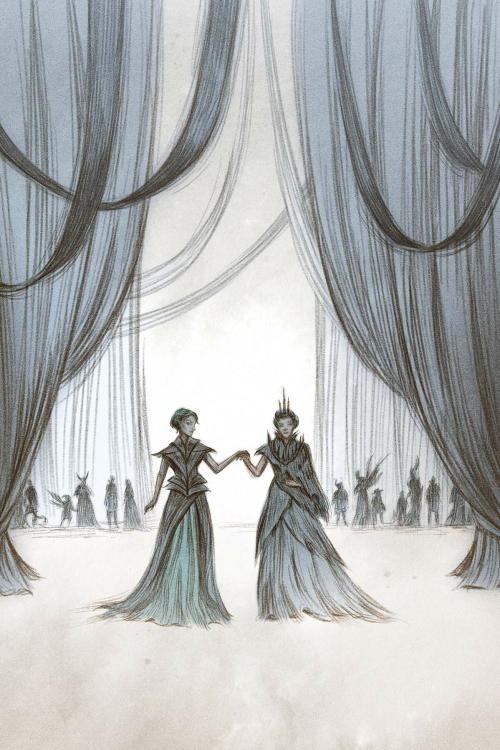 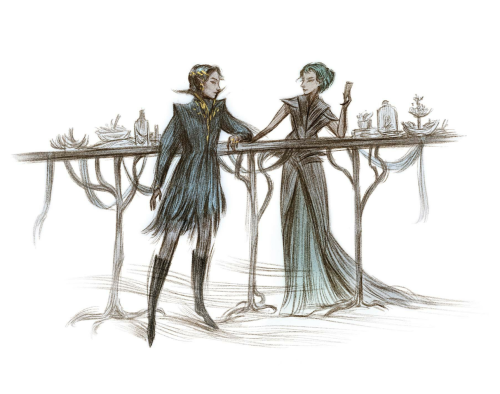 An Insider’s Guide to the Folk of the Air: Cardan’s Copy of “Alice in Wonderland”, 3/?

He looked down at a red book embossed in gold. The title was Alice’s Adventures in Wonderland & Through the Looking Glass. He frowned at it in confusion. It wasn’t what he’d thought a mortal book would be like; he thought they would be dull things, odes to their cars or skyscrapers. But then he recalled how humans were frequently brought to Faerie for their skill in the arts. Flipping the book open, he read the first sentence his gaze fell upon.

“I always thought they were fabulous monsters!” said the Unicorn.

Cardan had to flip a few pages back to see whom the Unicorn was discussing. A child. A human girl who had fallen into a place that was apparently called Wonderland.

“This is really a mortal book?” he asked.

He leafed through more pages, frowning.

“Tut, tut, child!” said the Duchess. “Everything’s got a moral, if only you can find it.”

Rhyia leaned over and pushed a fallen strand of his hair back over one of his ears. “Take it.”

He wondered what he’d done that was worthy of being commemorated with a present.

“I thought you could use a little nonsense,” she told him, which worried him a little.

He took it home with him, and the next day he took it to the edge of the water. He sat, opened the book, and began to read. Time slipped away, and he didn’t notice someone sulking behind him.

“Sulking by the sea, princeling?”

- Chapter VII. The Prince of Elfhame is Given Two Stories, How the King of Elfhame Learned to Hate Stories by Holly Black 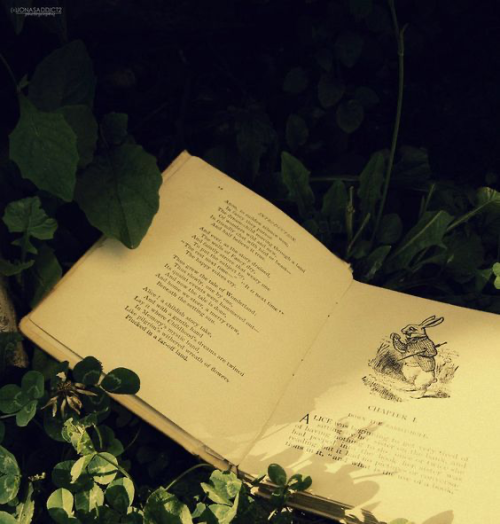 “Kiss me again,” he says, drunk and foolish. “Kiss me until I am sick of it.” 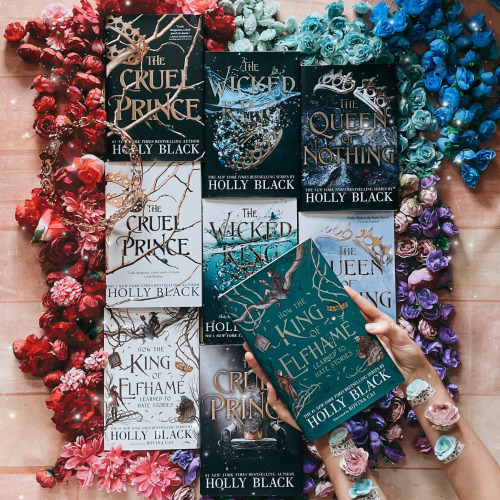 Cardan: I’m a immortal faerie prince and I have very high standards.

Jude: *holds a knife against his throat*

Cardan: I want that one.

Chapter I. The King of Elfhame Visits the Mortal World

Chapter II. The Prince of Elfhame Is Rude 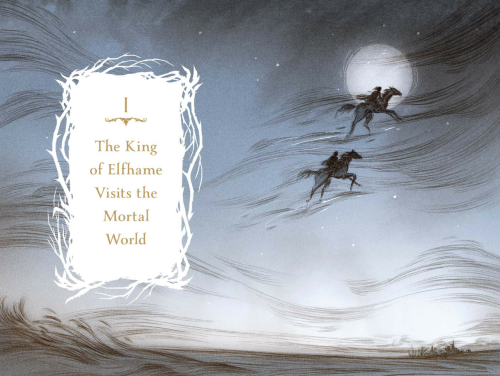 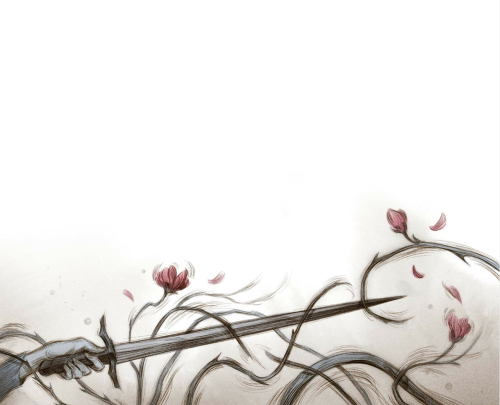 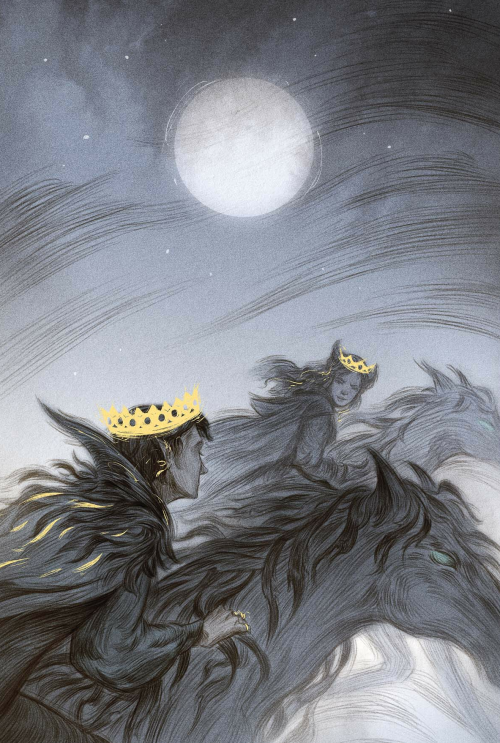 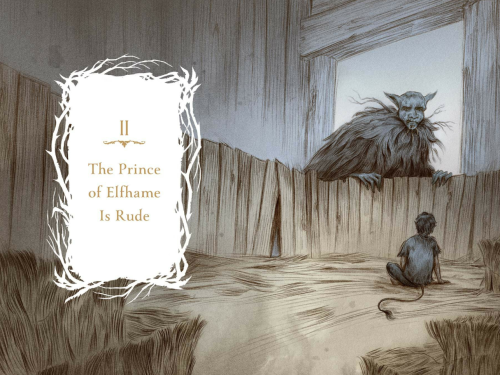 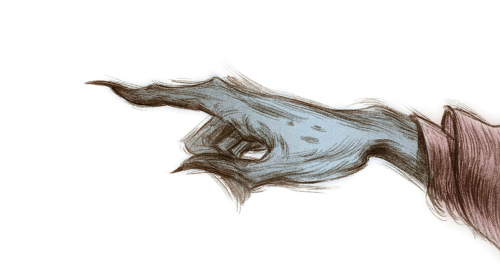 An Insider’s Guide to the Folk of the Air: the Art of Elfhame, 2/? 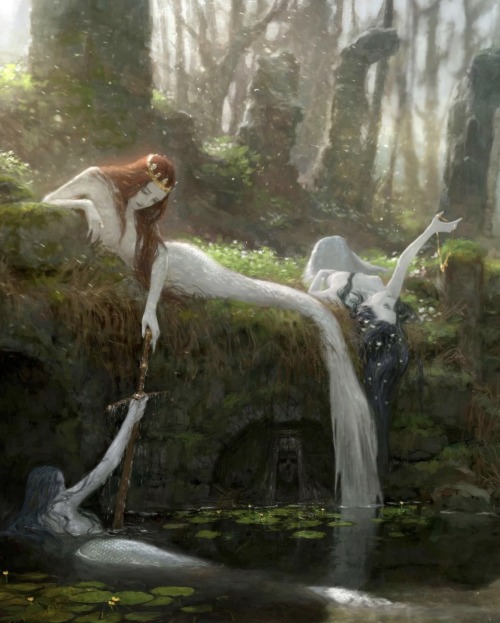 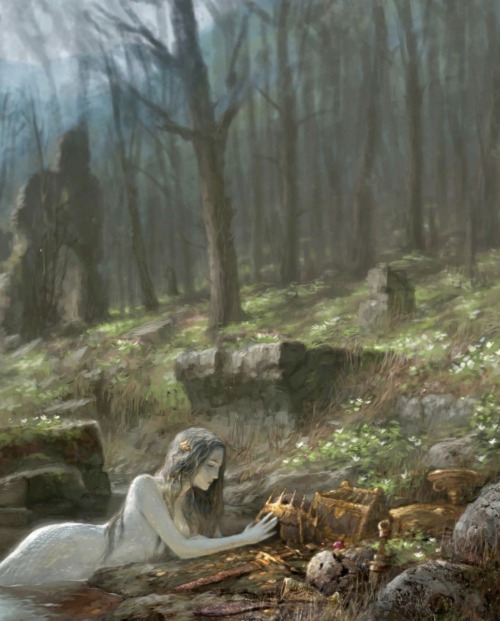 How The King Of Elfhame Learned To Hate Stories was BEAUTIFUL

I know Amazon isn’t the best, BUT if you haven’t bought this book yet, the hardcover is on sale for only $9.99!