Howard Ratner & The Curse of The Black Opal

“A fool and his money are lucky enough to get together in the first place.” - Gordon Gekko, Wall Street (1987)

Perhaps the craziest part about Uncut Gems after a repeat viewing is the revelation that the Black Opal is supposed to bring you good luck while also revealing your true character. It makes the ending of the film a lot deeper than you may think at first because Adam Sandler’s character, Howard finally has something actually go his way after two hours of the viewer watching everything he tries fall apart but his true character as a gambling maniac is ultimately shown in its full glory as well at the movie’s climax where he bets on KG during his playoff game that night, which also leads to him eventually getting capped by his brother’s bodyguard. It’s also pretty interesting how the movie opens by traveling through the insides of the Black Opal and then this is echoed by the movie’s ending with the camera travel into Howard’s bullet wound in his head which weirdly resembles the insides of the Black Opal gem. It’s almost like they wanna show that it really consumed Howard the whole time like it originally consumes Kevin Garnett at the beginning of the movie.

BEFORE EXPOSURE TO THE BLACK OPAL

AFTER EXPOSURE TO THE BLACK OPAL

I deadasss want a biography on this long headed ass bitch. Like, why did he become this way??? Childhood trauma?? Very spoiled when he was a child and became a man child??? The “bad” teenager at school who was smart but never paid attention and did illegal things (shoplifting) because school was boring?? I read an article that Howie could have ADHD but 🤷

In Howard We Trust 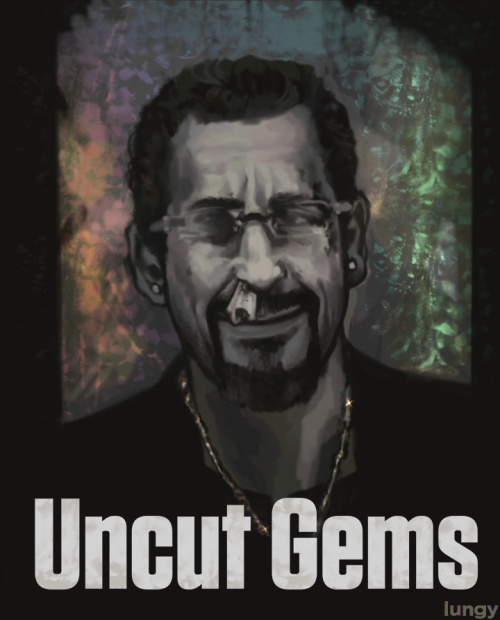 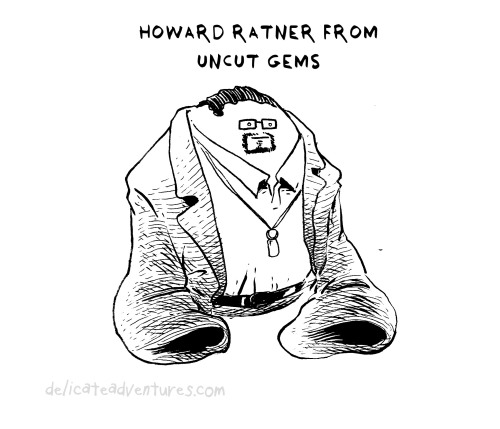 what y'all think Howard from uncut gems zodiac sign would be? im thinking either cancer, libra, gemini or Sagittarius. BONUS POINTS: moon and rising!!