#ok to reblog, #ASKDNSKSNISJS, #that was when i discovered the albums on there and just jammed, #hsm, #high school musical, #spotify wrapped, #spotify
14 notes · See All
togedoleText

My mom thinks that Savannah sounds like Ashley Tisdale

But a Julie and Luke Season 2 duet/scene like the “Right Here, Right Now (Reprise)” from HSM3…..?

When I think back to the pre-Disney+ premiere hype, yes, we were all gushing about the nostalgia fest; additionally, however, Disney was gassing up a couple of original new series. And while shows such as The Mandalorian have delivered, the “other” heavily promoted series, HSMTMTS, it…fell short, in my opinion.

In your typical romantic story plot progression, usually these steps are taken: We meet each other/rediscover each other after a long time —–> Drama ——>We fall in love. Any sequels/later seasons will likely add these steps: We’re in our honeymoon phase —–> Drama —–> We fall back in love.

That’s 6 total steps. Narratively, HSMTMTS was limited from the JUMP because it literally started on Step 5. For comparison, look no further than the original HSM series, which employed all 6 steps. Troy and Gabriella’s story, while admittedly one of the more flavorless aspects, is still at the very least the backbone of the movies.

And that’s another problem with the show in my opinion: it goes out of its way to avoid fully leaning into the campiness of the movies. I think the writers’ room wanted to be “modern” and “ironic” and it just doesn’t fully work for me. At the end of the day, this is a show about kids in theater. We WANT the campy nonsense…Backstage, anyone? Glee, anyone? JATP, anyone? HIGH SCHOOL MUSICAL, anyone?.

I think the show limited itself by not setting the show in HSM’s canon universe, you know, like we all expected it to be. Because then not only could we have an excuse to see our favorite characters again (which we DESPERATELY need, because the characters least likely to show up again are Troy/Gabriella), we’d already be used to the characters randomly breaking out into song…and we’d be okay with it. Whatever happened to that West high school rumor?

But instead, the show satirizes the HSM concept for a season and theoretically the show no longer has any reason to allude to HSM, meaning that the strength of the show should now be in the characters, except…these characters are borderline paper thin.

#hsmtmts, #lettuce pray about this season 2, #hsm, #my opinion nobody asked for, #it's okay it's free
1 notes · See All
theguywholikedmusicalsText

You are Depressed and Queer.

Also get a life, you listen to too much music.

#apparently i listened to fall out boy for 900 minutes, #great, #:), #fall out boy, #harry styles, #broadway, #hamilton, #hsm, #disney, #Panic! at the Disco, #twenty one pilots
8 notes · See All
people-prevail-hope-prevailsText

#help me it's 1am here maybe im just going crazy, #yes this is my second merlin and hsm post theyre on my mind, #i just, #i was just watching hsm music videos as you do and mrs darbus was in it and it was like getting an electric shock, #i just went OH MY GOD THE DOLMA, #and now i feel like im in shock, #maybe i am going crazy, #i need sleep, #merlin, #bbc merlin, #the dolma, #mrs darbus, #hsm, #high school musical
2 notes · See All
twxlfthstuffText 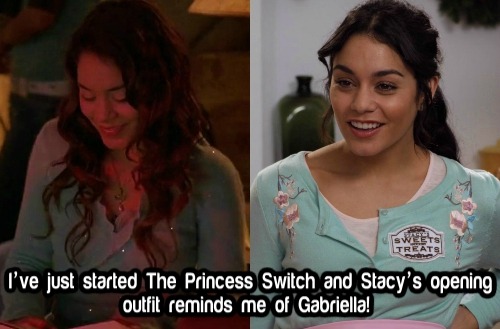 You ever notice how weird it is that in “Stick to the Status Quo” from High School Musical, Martha is supposedly in the “nerd group” but she and the other people at her table are never at any of Gabriella and Taylor’s study groups or in the academic decathlon? How many nerd factions does this school have? At first I thought it was broken down by subject (Martha and the girl in the blue sweater are reading Exploring American History) but the girl in the pink cardigan is reading Modern Biology and the boy next to her is reading a chemistry textbook!

#was it my anthem from the age of 15?? perhaps, #did i relate to try the most in those movies??? absolutely, #movies, #hsm, #high school musical, #me
2 notes · See All
ainadanileLink
𝕙𝕤 𝕞𝕦𝕫𝕚𝕔𝕒𝕝 𝕗𝕒𝕧𝕖𝕤, a playlist by Aina Danile on Spotifyhttps://open.spotify.com/playlist/1yt7qPYueivu8enNQmFZBe?si=VqX67bk9TweR5mVxQv8BVQ

I’ve been having a lot of thoughts about high school musical lately and have been wanting to talk about them so I made a discord server! If you love HSM or are even just super nostolgic about it and want to talk about that, then join the East High Wildcats server!

We’ll be talking about HSM headcanons, the characters, sharing writing and art, doing watches and quizzes, etc. Excited to see you all there!

can we get a round of applause for liv, everyone?