Our garden is coming along.

We sheet mulched around 2 months ago with cardboard and free woodchips (contact local tree services, they will be happy to dump a truckload in your lawn).

When I transplant, I dig a hole in the deep woodchips, fill it with 3:1 topsoil:compost, insert the plant, and cover with woodchips as mulch.

For more information on this method, study no-dig gardening, Back to Eden gardening, permaculture, hugelkultur, and food forests.

I’m in Zone 8a/7b. The sheet mulch doesn’t look great right now, but it will break down with time and protects the soil as we feed and build it up!

We started filling the new beds with corn stalks 🌾, next will be top soil and compost 😃

Forbidden until the plants are more established and bigger:

#dogs, #animals, #dogblr, #gifs, #thyme, #gardening, #planted all but the midyims, #midyims need to be bigger first, #transplanting those, #nice to see the garden bed is already composting, #hugelkultur, #3 female peppers and one male, #these can grow quite big so i need to be on top of trimming them
42 notes · See All
spideracresPhoto 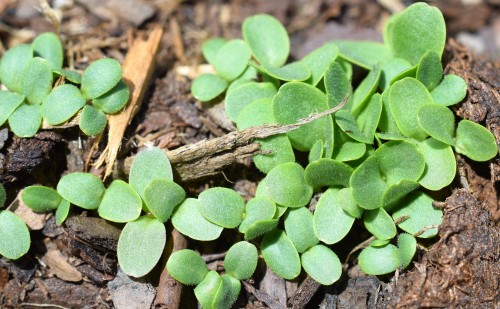 In this video, I cover a hugelkultur bed that I made in my parents’ raised garden bed.  It is packed with tips and tricks.

Hugelkultur in a Raised Bed (Results after 2 Years)

These are the raised beds that I transformed with hugelkultur a couple of years ago.  I also give a few tips and tricks which makes my gardening efforts easier, more effective AND uses less water!

Hugelkultur is German for “hill culture.” Hügelkultur entails growing crops on a raised, earthen mound that consists of a foundation of fresh or rotting logs and branches covered in layers of manure, compostable materials and soil.

Spent my weekend transforming the neglected middenpile and grape trellis into a hugelkultur garden bed.

#gardening, #hugelkultur, #im do tired, #my garden, #the fencing is to keep thyme off while the soil settles, #plant in a few weeks when it has settled
46 notes · See All
spideracresPhoto

We (my Husband did all the work) set up our first Hügelkultur bed today. The first layer is logs, sticks, brambles, anything that will decay and feed the plants. There may or may not be a dead mouse in there. The second layer is composting material provided by our pets poop and bedding (I promise there is no human poop). The third layer is double ground mulch. It is a lot cheaper than soil. We added blood meal for nitrogen. Then we mixed in peat moss, top soil, and raised bed soil at the top. 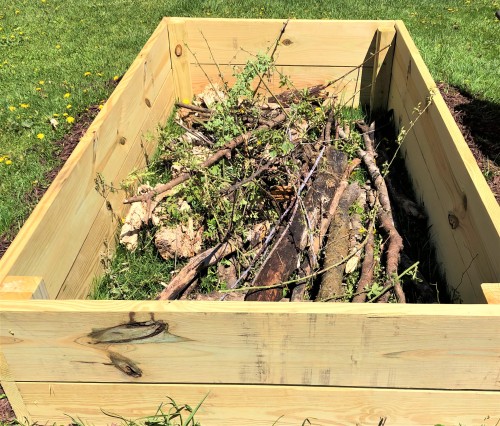 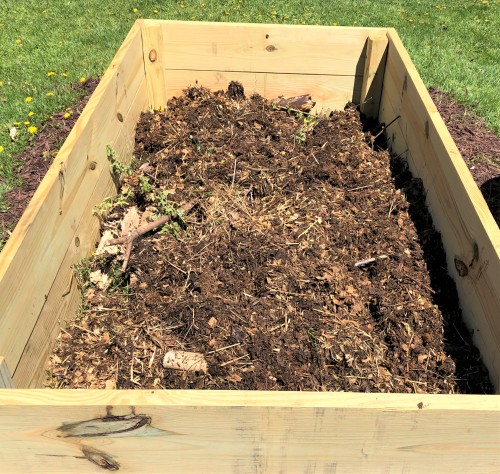 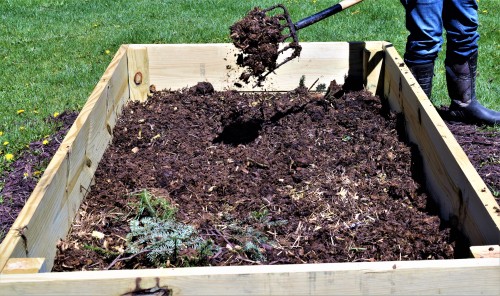 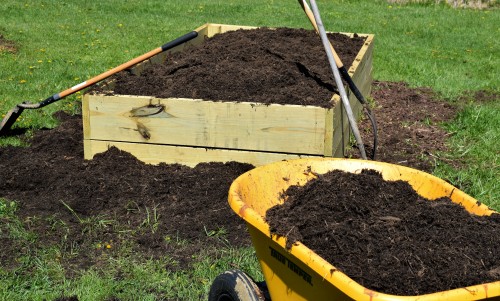 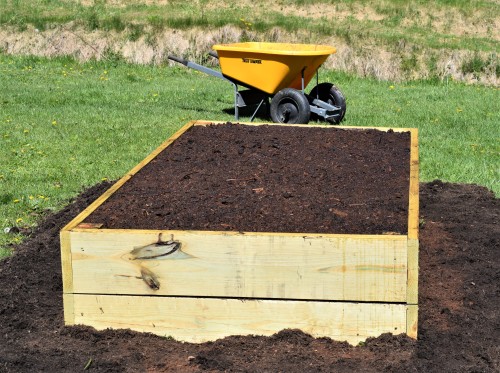 Hugelkultur Course 🌱 Wood to Use vs Not to Use

This is a short video from my hugelkultur course on Youtube.  Make sure to avoid certain woods that will inhibit the growth of your garden!

Welcome to my free course on these raised garfden beds.  I love building them and seeing them eat up a ton of green waste!  Share it around so more people know about them!

I did this short video about a negative part of hugelkultur raised beds.  When you completely dig out and disturb the soil completely, it signals the weeds to spring up and start healing and repairing the damage.

It is a fact that I am learning as I study more Soil Science, especially from Elaine Ingham.

We built some 4x8 raised beds today. We are going to be trying Hügelkultur. It is a horticultural technique where a mound is constructed from decaying wood debris (logs and branches) and other plant materials.

The gradual decay of wood is a consistent source of long-term nutrients for the plants.

The composting wood also generates heat which should extend the growing season.

The logs and branches act like a sponge. Rainwater is stored and then released during drier times. 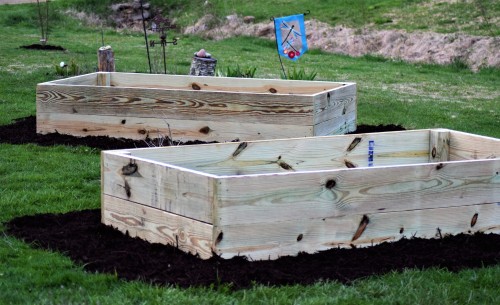 Sometimes when gardening, you hear about these great things. You put them into practice and then find they are a head ache, a heart ache and a nuisance. Such was today.

When we moved into this place I tried instilling some of the same garden practices that I had in the mountains. There was more than enough room to carve out a niche garden out in the woods.  BUT In an urban setting, the same practices had disastrous results. Not in a Titanic sense; no one died but believing the touted ‘greatness’ was the first step in that ‘sinking ship’ … ladies and gentlemen, may I present the hugel mound. Before you draw your ire at me, let me say good for you if it worked in your setting.

In my urban setting we had a huge fir that the neighbor offered to take down (disregard he had ulterior motive) and so it came down. With that much wood, we got rid of what we could to people needing/wanting firewood but still needing disposal of the other brush, it was cost prohibitive and what to do? Hugels seem to be the logical solution. Little did I know (being new to the neighborhood) that there were problems just lurking on the other side of the fence and beyond.

Hugel mounds are the perfect nesting grounds for urban rats. The neighbors never shut their rubbish bins (if they can get it in the bin) or leave it bagged in the gutter. The maze of fence rows become super highways for rodents. Congrats! You have just created a wonderful habitat for vermin.  Look at it as a B&B. And rats aren’t just content with eating garbage scraps but also your vegetables and fruits. Rats also don’t care where they defecate: grow box, fence, pathways. Or what they chew on. Or where they die. Needless to say, in less than one season, I obliterated the mounds.

Today I was digging in an effort to move the little sickly Asian pear tree and dealing with the underground portion of the hugel. I have very sandy soil so much of it had not rotted away, not to mention the root system of the big fir that was cut down years ago. Hugels are great in the right place and time but what works for another, may be more work, more head ache and a heart ache for you. It is a wild world out there gardening. Knowledge is power. Learn from your mistakes and if you are more fortunate, learn first from another’s mistakes.

#catholic gardener, #gardening, #hugel mounds, #hugelkultur, #rodents, #rats, #learn from other's mistakes, #its not a one size fits all in gardening, #location location location, #location is very important, #know your neighbors, #pest, #digging in the rain, #know who and what is in your garden
1 notes · See All
urbansoulfarmerText
#hugelkultur
52 notes · See All
prefab-houseVideo