“I’m an atheist.” Boring statement of fact with lots of social baggage.

“I do not worship the false god.” Mysterious and passive aggressive, which god are you talking about?

Humanists don’t claim to know anything for certain. Every statement of knowledge is provisional - we are open-minded and ready to be proved wrong by someone with better information, better analysis, or a challenging way of looking at things.

That doesn’t mean our minds are so open that our brains are ready to fall out. We want to interrogate the sources of what we’re being told - and think critically about where information is coming from and what its purpose might be. When we trust in experts, this isn’t the product of blind faith, but rational, considered trust that is proportionate, provisional, and grounded in evidence and experience. https://ift.tt/2XiZEd4 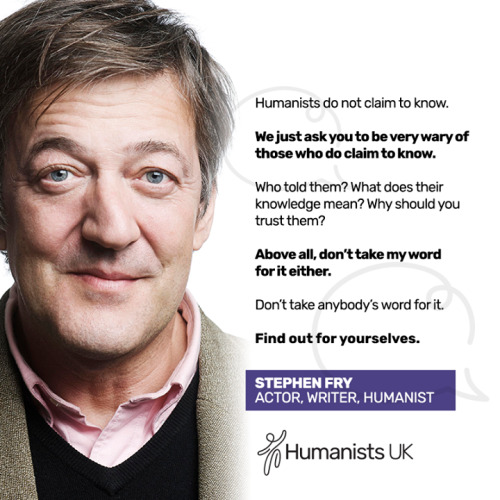 No to going back to “normal“

“We will not go back to normal. Normal never was. Our pre-corona existence was not normal other than we normalized greed, inequity, exhaustion, depletion, extraction, disconnection, confusion, rage, hoarding, hate and lack. We should not long to return, my friends. We are being given the opportunity to stitch a new garment. One that fits all of humanity and nature.” 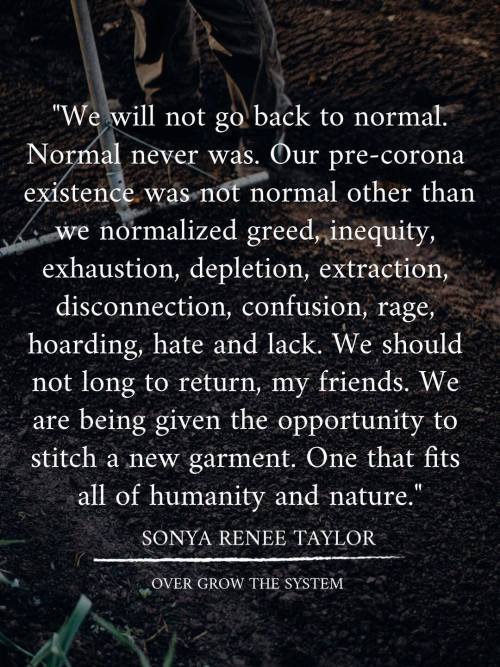 Audrey as UNICEF Ambassador, a role she would like to be remembered for ♡ 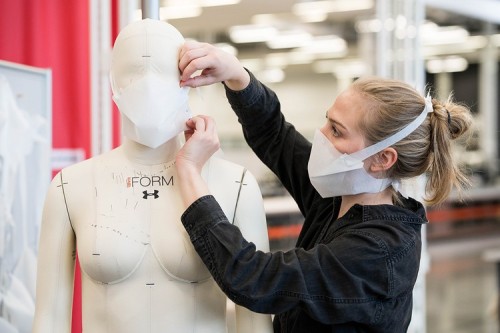 Look at all these empty buildings/sites. When the shit hits the fans, the so called ‘believers’ run for cover because deep down they know that there is nothing their fictional gods can do to save them. They turn to scientists and leaders for answers rather than the church to save them.

The response of the faithful is very telling. I’ve been told b many that there are no atheists in foxholes, but the truth is there are no believers in church during a pandemic… 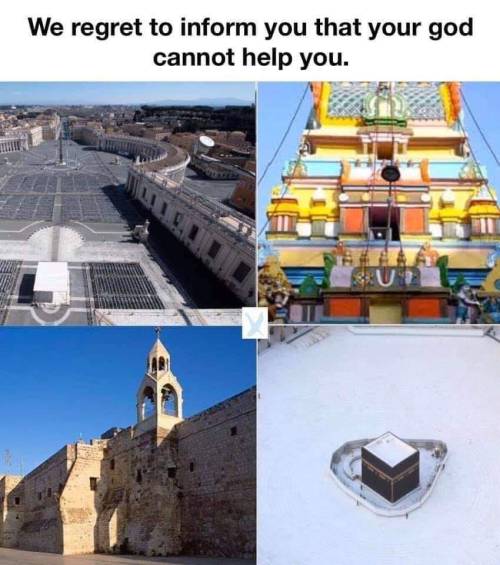 Activate the start button if you want to chortle and chuckle uncontrollably. Friends, if this video does not make you laugh, then what will? It’s hysterical! 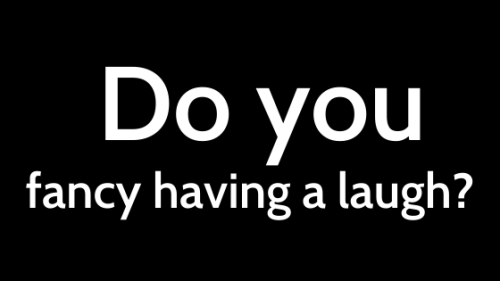 Whenever someone says that people don’t change I wonder what stubborn assholes you had the misfortune to meet because I’ve changed so spectacularly from who I used to be that when I begin to tell people my story they look at me in shock.

I grew up in a household where Fox News was on all the time, Glen Beck had an opinion that mattered, and church and religion were considered the “cornerstone” of my life. I was your average goody-two-shoes Mormon, friendly, smiling brightly to hide how guilt ridden I was. My parents had converted to the faith from Catholicism, and were always asked, everywhere we visited, to tell the story again. For me, it meant a level of pride– Mormons grow up listening to stories about Joseph Smith trying to find which church was true until a divine vision tells him they’re all wrong and to make his own. The pursuit of truth and being “in the right” was important to our family and, in very real sense, it was this desire that drove me away from Mormonism and religion in general in the end.

We weren’t great Mormons to begin with. Behind closed doors, we enjoyed thriller and sci-fi R rated films, I liked to swear (though I avoided saying fuck & God for years) and we did our best to remain open minded. We loved the Colbert Report and Jon Stewart. I invited my friends to church with me like any mormon kid does, sure, but I had no desire to force them to change or to only be friends with mormon kids, and more often than not I was more comfortable with my nonreligious friends because they didn’t silently judge me. But I tried, ya know? I would read my scriptures and pray and try to do all the things and then wonder why I was so fucking depressed and guilt ridden. I hid my doubts for a long time. I hoped going off to BYU would get rid of them.

I BYU-Idaho for a single semester. Chemistry major, if you can believe that. I lived in the shadow of the Temple and felt guilty that I never wanted to go inside. Professors led opening and closing prayer in class. I went on dates with boys who were getting ready to leave on their missions and with men who had come back and were antsy to get married. Neither appealed to me. And then, near the end of the semester I had a nervous breakdown.

I didn’t want to go home for the holidays. I worried that I would lose whatever spiritual progress I had made. My family wasn’t as religious as I was anymore. I was horrified with myself, I mean I didn’t want to see my family? That may not mean much to you, but I have always had a very close relationship with my family. We’ve been through a lot. And Mormons champion this message of “Families can be together forever” and I was suddenly struck by the blatant hypocrisy. If you’ve never been to a Fast & Testimony meeting, it’s basically this open confessional where you can go up to the podium and proclaim how YOU KNOW THIS CHURCH is true. A lot of folks tell tearful stories of family members cutting them off or even cutting their own family members off because they didn’t “understand” or because they were proud to make the church the center of their lives.

By the time this happened, my brothers were already on the way out. One of them had been rebelling for years, and the other was simply trying not to rock the boat but even I was growing exhausted by the constant arguments. Since I was the oldest, I felt I wasn’t allowed to be vocal about my own doubts because I was supposed to be the “good example” and i internalized it instead. And when I came back from school, somehow, I had become the spiritual leader of the family.

My dad came to me and tell me about he regretted not having a last drink with his dad before he died of cancer, and how he had missed that opportunity to bond because of his religious beliefs. My mom came to me with her own concerns about women and priesthood. And because my brother argued the church wasn’t true, they looked into church history (you’re not supposed to read church history from non-church sources because the DEVIL would do anything to draw you away, which in of itself is such a red fucking flag) and after a lot of thought and consideration, they had begun to doubt and wanted to stop attending church for a bit.

And then, just after the new year, we sat down for a Family Home Evening. Mormons do it every Monday night, but this one was different. This time we didn’t have someone lead a lesson or read from the scriptures. Instead we talked about how we felt about the Church of Jesus Christ of Latter Day Saints and by the end, it was official.

After that I tried to figure out what I believed. I started studying religion from an academic standpoint, looking into the history, the mythology. I was curious about Ancient Sumerian myths and the origins of the bible. I switched to a community college, and when I asked myself what I believed I realized that I only ever wanted to believe things that were true and proven to be true. My faith had been taken advantage of. And If God did exist, he was such a raging asshole that I saw no point in worshiping him on a “maybe”

So, I’m now I’m an atheist who celebrates pagan holidays because I enjoy the ritual and find comfort in nature and the passing of the seasons. I haven’t watched Fox News in years. Politically, I’d describe myself as a humanist and very anti-capitalist. I support Andrew Yang.

And I’m capable of change.

#EcoArtTherapy is a revolutionary blending of art therapy with ecopsychology. It is a fun, creative way of tapping into Nature’s restorative powers for healing of body, mind and spirit. … All students need to purchase the book Eco-Art Therapy Creative Activities that Let Earth Teach, by Theresa Sweeney, Ph. D.

Leisure time, when we have some, is what elevates the human experience from survival to flourishing. So if you’re wondering how to adjust from working at home to a weekend in the same space, take Bertrand’s advice and emphasise being leisurely! 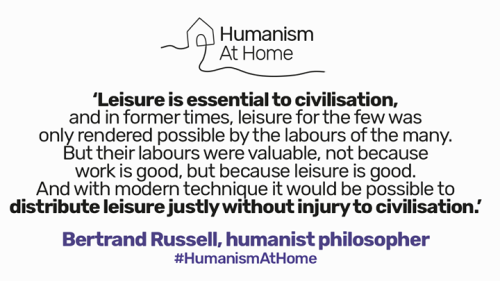 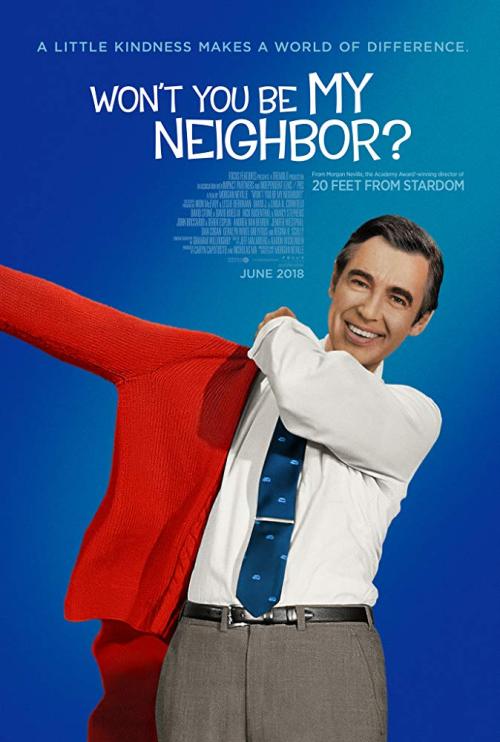 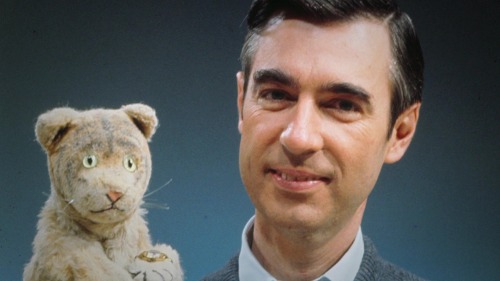 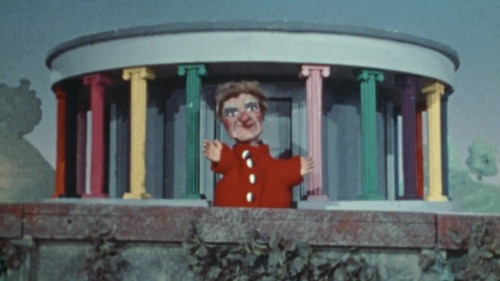 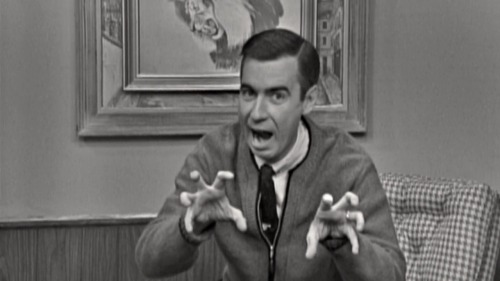 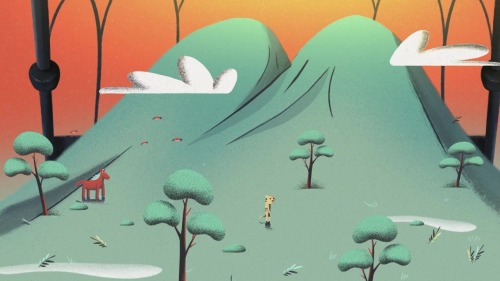 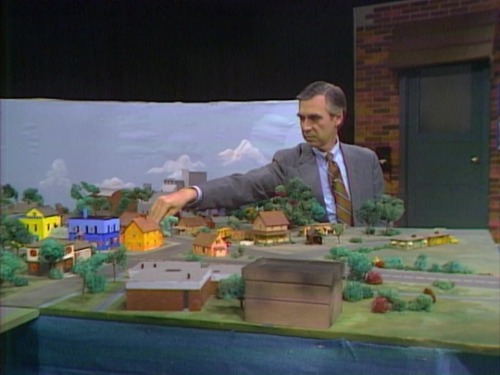 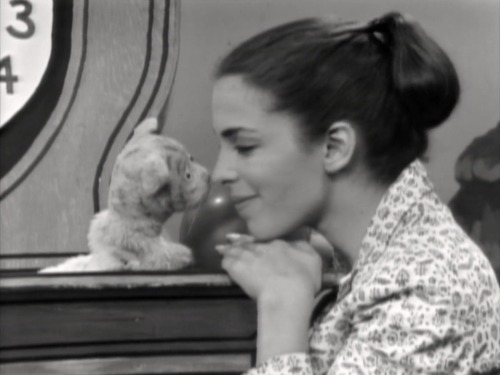 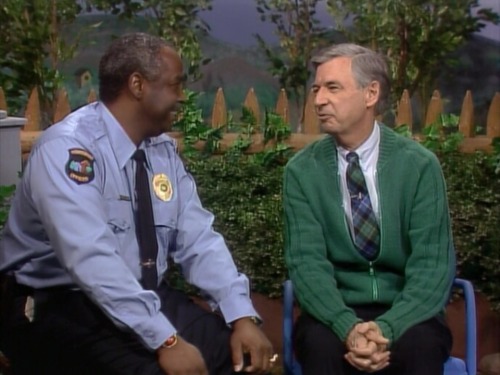 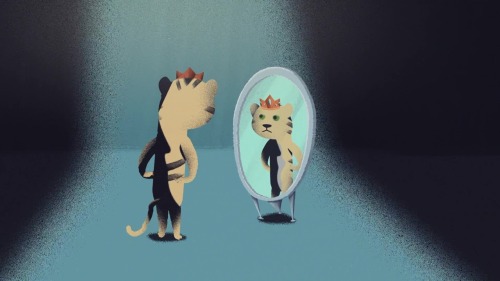 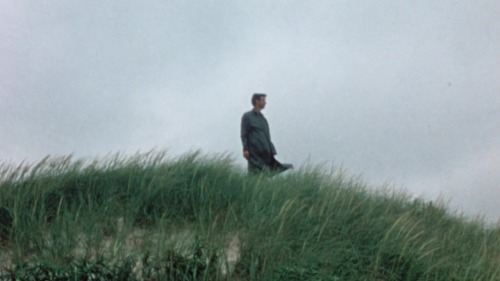 The ruling class has wisened up over the last 100 years. They keep things just okay enough so that our cause to riot is meager, a hard sell for the average person. Things are miserable and shitty and injust and unfair for We the People, but not on a level comparable to tsar-era Russia, or other places that have had massive mobilizations of the working class (for better or for worse).

Just look at the COVID pandemic–fertile ground for revolution, right? What with jobs making workers stay in work, and healthcare for most Americans being expensive, unavailable, or both, this will surely result in a massive populist uprising, right? Nope. Federal government is planning to give everyone $1,000 for April. Enough to shut everyone up, without fundamentally changing a damn thing about the system. They throw us a bone whenever we get angry, and slowly take bit by bit of it away after we’ve calmed down.

I hate to admit this, but this is why I’ve been leaning into accelerationist thinking lately. Propaganda is simply too thick. The anti-democratic actions of the DNC this election cycle should inspire righteous rage in everybody, but it’s all swept under the rug with ease. Accelerationism is a grim, dangerous, and unfortunate ideology, but it’s looking more appealing to me and many shocked and appalled Zoomer and Millenial online leftists as we truly begin to appreciate the bleak situation we’re in. We can’t do this by ourselves, we need the average American to join in the Revolution, and while the complete rigging of this election, all the fervent voter suppression et. al., makes me think that there’s certainly more of us than the powers that be would have you believe, I think it’s going to take some real suffering on the shoulders of the average Americans before we finally get our shit together as a nation and stand up against this indescribably vile establishment and system.

We’ll see what happens. COVID and a recession are both coming, and have barely reared their ugly heads. We’ll see what us Bernie supporters do en masse in reaction to the primary being rigged. I was hoping for Bernie’s democratic Revolution, as violence scars the spiritual fabric of the human race IMO, but with the course the neoliberals have chosen in these months, they may have ushered in the material conditions that rally the People to bring about their system’s doom.

‘Never let the future disturb you. You will meet it, if you have to, with the same weapons of reason which today arm you against the present’.

The words from Marcus Aurelius still ring true, even 1840 years after his death. In a book he wrote to himself, known now as 'Meditations’, Aurelius writes that happiness, moral virtue, love, and inner-strength are readily available to all of humanity, and that we need not look outside of ourselves to live a good, moral life. https://ift.tt/2Wmhn30 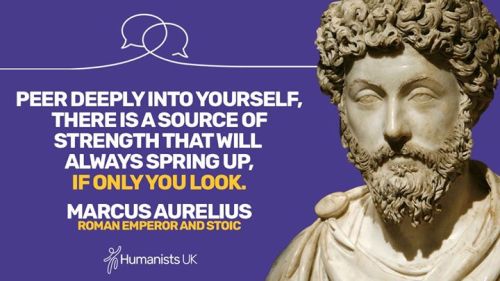 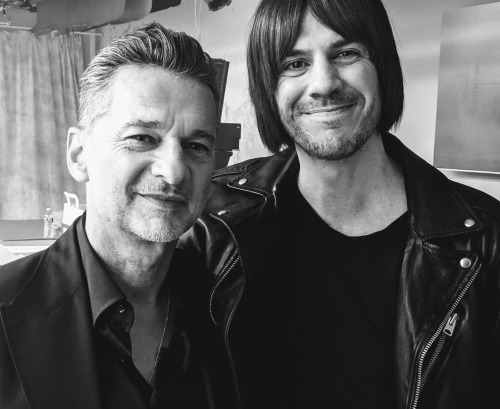 Dr: They have lied to you all your lifes. This is NOT a scientific career. 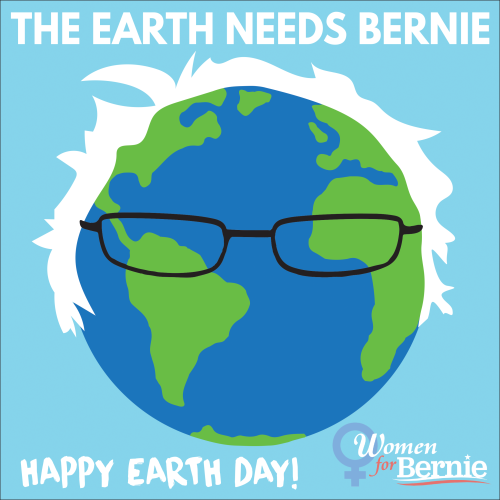