Trending Blogs
#i hope you enjoy it :)
astoldbykodaText

I do this pretty regularly when I have new hyperfixations and new followers so y’all can feel free to ignore me if I spam post about shit you don’t care about.

🎸 Phoebe Bridgers. I cannot believe she and I are the same age, it feels wrong somehow.

😈😇 Good Omens and also how gay Crowley and Aziraphale are.

🐺 Werewolves. I already dig them a lot but I’m writing a fic and my research has lead me to some interesting findings.

🔪 Hannibal and also everyone’s favorite murder husband duo that is Will and Hannibal.

#koda talks, #adhd, #adhd hyperfixation, #hello new followers, #this is my gay swamp, #I hope you enjoy it
4 notes · See All
hanihoniiAnswer

AAAAAWWWWW THANK YOU💛💛💛💛💛💛💛💛 I’m glad you like it, I love your style too it’s so adorable

Here let me give you a little gift

#awww your such a sweetheart, #candy is such a cutie, #i hope you enjoy it, #hogwarts mystery, #harry potter hogwarts mystery, #candy vigiere, #candyasks, #im sorry i answered it late, #tumblr isnt letting me know when i get asks
11 notes · See All
butterpondText

moodboard for an art trade with the very sweet @ohaberdeen! 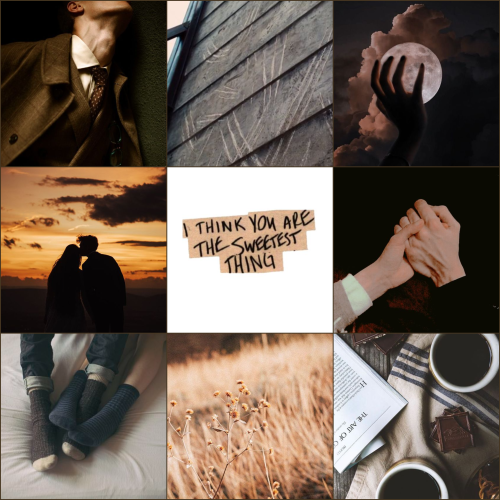 #I HOPE YOU ENJOY IT, #it was fun to make and the colors/themes gave me serotonin, #for friends, #others' ships, #my moodboards, #ok to rb
3 notes · See All
purplewngsText

challenge: post your home screen, lock screen, and last song you listened to!

#sorry for being too late, #i hope you enjoy it, #.tags 💌
1 notes · See All
kozikokoAnswer

Thank you so much for taking the time to send this sweet message Nonnie. My depression has come back something fierce over the last week so I’ve been trying to cope by drawing (hence why I’ve been posting so much). Drawing can only fix so much though so I’m going to try and work on getting better.

But seriously, thank you for caring. 💕

#I am planning to get help next week, #but you nonnie, #leaving sweet words of support to a stranger?, #top tier human being, #I hope good things come your way, #I wish I could give you a big ol hug, #thank you for brightening my day, #I have a happier drawing I’m about to post, #I hope you enjoy it, #kozi’s asks
14 notes · See All
floweypacifistweedAnswer

#the haunting of bly manor, #the haunting of bly manor spoilers, #dani clayton, #jamie, #i can’t put them down and nothing makes sense right now so have a playlist, #carefully curated while driving in my car, #spotty photoshop by me, #honestly i’m trying to find some light in this dark and they’re it right now, #there’s more kodaline than i thought was on here but shrug.emoji, #to the four people who listen to this i hope you enjoy it
0 notes · See All
reanimatedcourierAnswer

Props to you for sending the ask that’s lived rent free in my head for the last two days, anon.

Both I and my courier, Juno, would go with option 1. There is no other option I’d morally agree with.

Now, I haven’t had the time to sit down and play lately, so I don’t have all the facts, but I am fascinated by Ulysses’s character. Definitely don’t agree with his actions, but I understand them. It feels to me like he has his back against the wall, with one final option he sees as viable. I suppose that makes the courier the only accessible modicum to regain control over his situation.

The thing about trauma like that is you don’t really recover from it. Not that I’ve seen, at any rate. You can certainly move from it, though. I’m not blaming him for reacting the way he does, though it’s somewhat extreme.

Too Long; Don’t Care: I think about Ulysses a lot.

#everyone start delivering asks in rpg format, #i've been really talkative today so i hope you all enjoy being forced to look at my novels, #i do see the other asks in my inbox i am just forgetful, #terminal notes
2 notes · See All
poetrusicAnswer

hi sanya! thanks a bunch for sending this ✨

here’s a spotify link to your playlist, containing the following songs:

#about inthaf- you know i had to gfjkdls, #i hope you enjoy them!!, #sanya*, #amishi's 3c, #likedaylight, #thanks for the ask!
0 notes · See All
greenbeanb0iAnswer

HNNGbdhhs there are so many things….. you are about to unleash the knowledge I have accumulated in the past 22 months for my writing—

Disclaimer: I’m not a native speaker. Just learning! I’m including some notes/charts I’ve made for myself.

#anon, #answered, #this got long but uhhhhh yeah, #thank you for sending this in!!, #I like talking about these things :-), #research.notes, #lowkey nice to have this all in one place lmao i have not been good at keeping my notes on this together...., #my italian notebook is a mESS, #one page is standard italian, #then two pages later is neapolitan, #and then the next page is sicilian lmao, #this is very handy for me and i hope its interesting to read... if youre bored or anything lmao, #i might self rb this again tomorrow bcos.... whoA language stuff !!, #v neat, #lol but in all seriousness you guys seem to really enjoy the little nods i give to these three diff languages in the fic so :-D, #hope you enjoyed getting a peek at my notes !
4 notes · See All
lovelybasiliskText

Headcanon where regardless of how long a hunt lasts Jaskier will always say “oh you’re finally back! I missed you.” and Geralt can’t help but suppress  a laugh and lean into Jaskiers touch asdfghjmkl

#geraskier, #geralt/jaskier, #geralt x jaskier, #the Witcher, #this drawing took forever I hope y’all enjoy ;;;;, #your comments and tags literally got me Dead I feel so SEEN and I’m SO happy y’all are enjoying the art, #if you want a specific pose or smthing feel free to dm me and I might doodle it 😤
12 notes · See All
marlynnofmanyText

There’s more under the cut!  12 pages total.  Yes, a cardboard Admiral Stabby costume is ABSOLUTELY the best choice for a visiting tentacle alien.

#halloween, #humans are weird, #humans are space orcs, #stabby the space roomba, #earth is a deathworld, #hfy, #eiad, #earth is space australia, #stabby the roomba, #halloween costumes, #my art, #my comics, #this one took a while, #as you might imagine, #I hoped to have it ready in the early part of October, #ha, #at least it's done before Halloween!, #nobody's interested in Halloween stuff once November hits, #anyways enjoy!, #do share it with anyone interested in such silliness
5 notes · See All
pichitinhaText

Lara Jean is out with her coworkers when the night takes an unexpected turn and Peter Kavinsky is there to be the hero of the night.

No Zhongli icons yet so you get Kaeya, but I wanted to put down my random thoughts and theories about Zhongli before I forget~ Which means possible Genshin spoilers :> I haven’t gotten too far into the Liyue storyline though so I haven’t actually met Zhongli in the game… some things I write may actually be obvious then, but I wouldn’t know.

#➤ OOC., #➤ HEADCANON., #kind of? more like my musings but eh, #I hope at least one of you enjoyed reading this
0 notes · See All
mabsartPhoto

🎃✨Happy Halloween from the FF7 Crew✨🎃 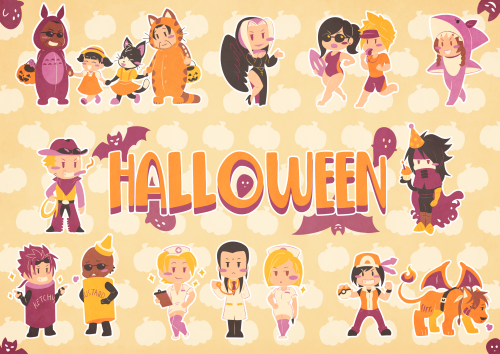 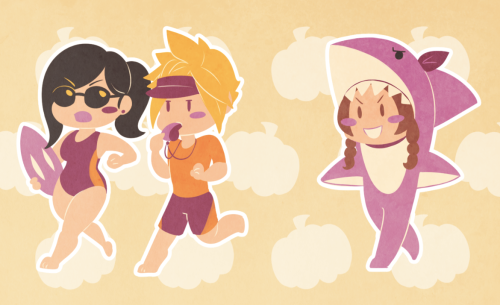 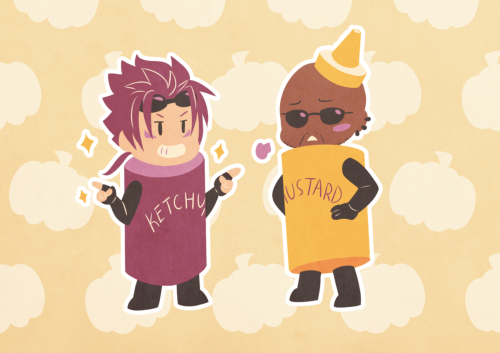 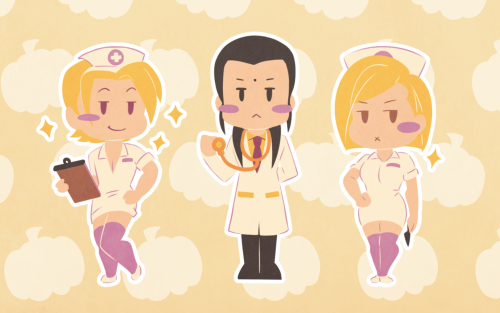 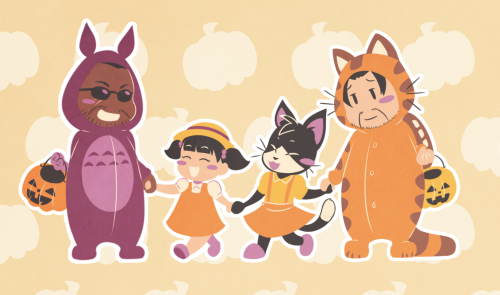 #halloween, #ff7, #ffvii, #final fantasy vii, #Final Fantasy 7, #i had sooo much fun thinking of these costumes and drawing this, #I really hope you all enjoy
26 notes · See All
diortaeAnswer

#you miiiiiiight wanna get those tissues, #I hope u enjoy the read!!!!!!!, #almost 40k in one sitting that’s dedication 😭, #fic: growing pains, #ask, #user: breadcheeksseokjin
1 notes · See All
nettleislandPhoto

Still featuring a renaissance faire, with a newly restored castle!

This is a temporary update to celebrate the spooky season - moody weather and pumpkins abound! 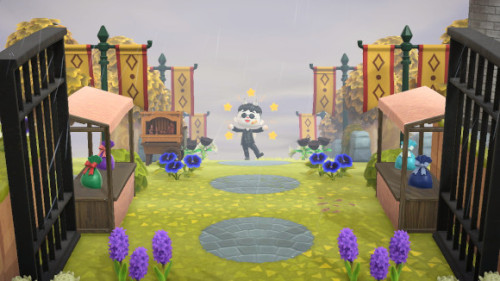 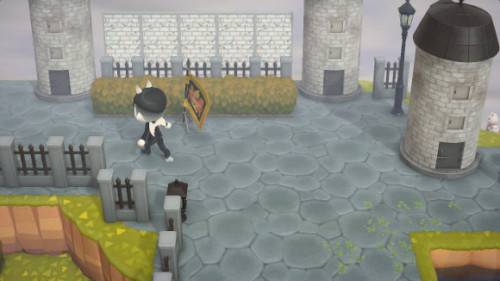 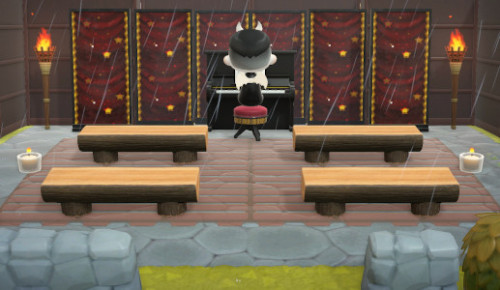 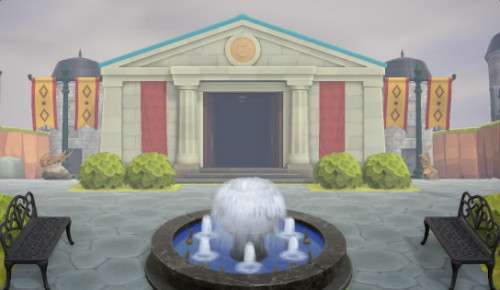 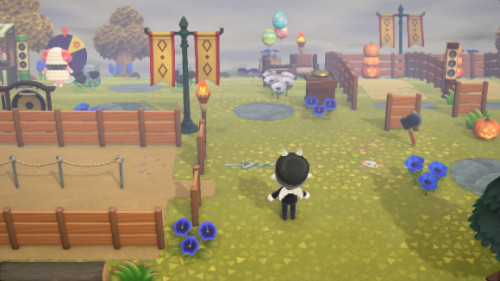 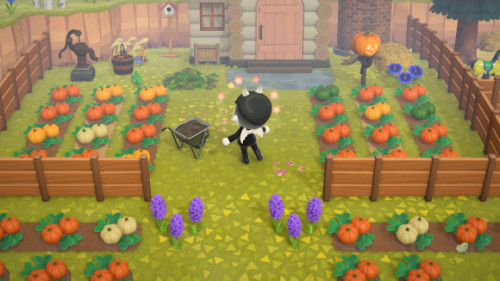 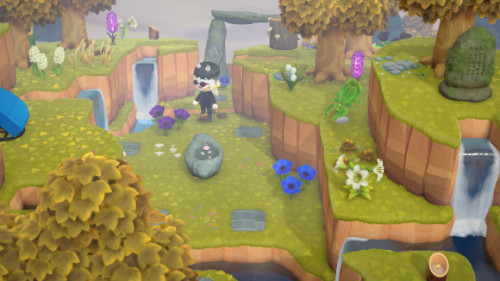 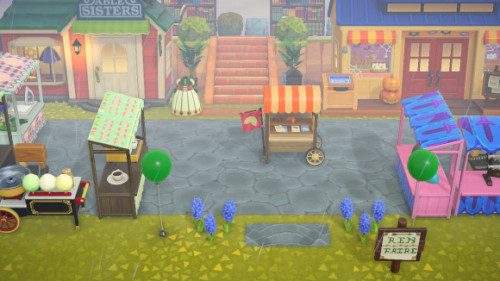 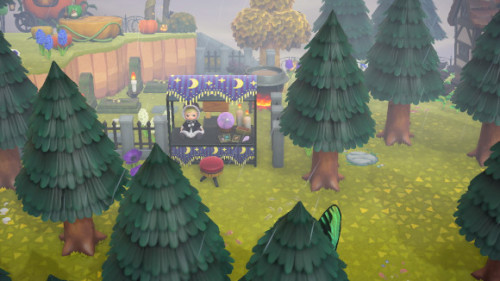 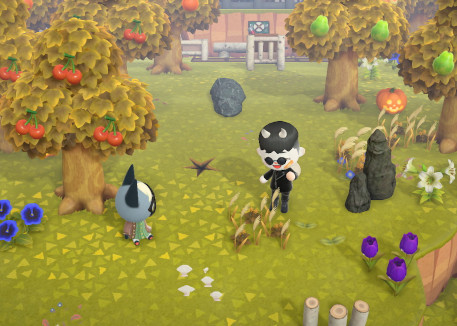 #sorry for the less than fancy post about the update, #i have less patience than I thought rn and the decor is kinda temporary anyway, #but i hope you enjoy!!, #island of nettle, #acnh, #acnh dream address, #nettle dreams, #animal crossing
4 notes · See All
silas-the-reading-addictLink
CL, a playlist by turnips on Spotifyhttps://open.spotify.com/playlist/4dGTdIPaRs0l2SDf7G8W1c?si=5GO6Z-fhQBKm_3Yz0smcFw

#music, #not writing, #just stuff i listen to, #hope you guys enjoy
0 notes · See All
sumomosketchesPhoto

“Now, everybody, caps off!”  The photographer instructed.

The students threw their caps into the air and cheered.  Everything the last year had thrown at them, the good times and the bad, they were done now.  All the things lost and gained, well, each graduate was just getting started.

Before the caps came back to earth, Kate tugged Max in close and kissed her full on the mouth. 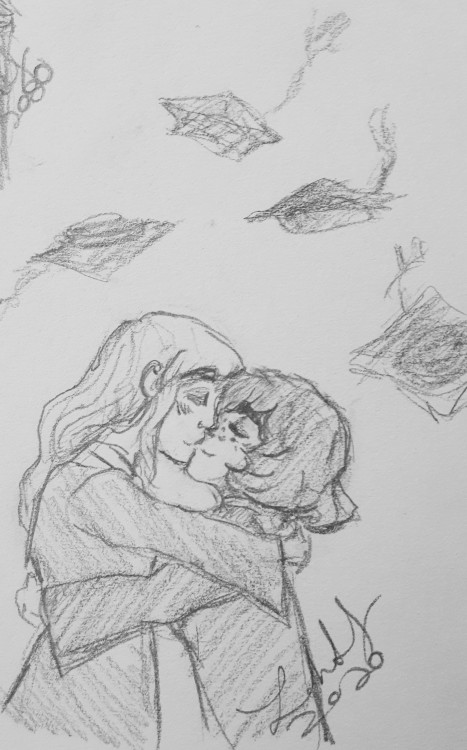