I am really tired of being an adult about this.

#wtf, #breast cancer, #chemo, #i need a mom, #but I’m the only mom around
7 notes · See All
trashforhockeyguysAnswer

Okay I can confirm that in certain groups I’m 100% the mom. In others I am the child and need a mom.

Send me assumptions based off of my blog

I need a mom 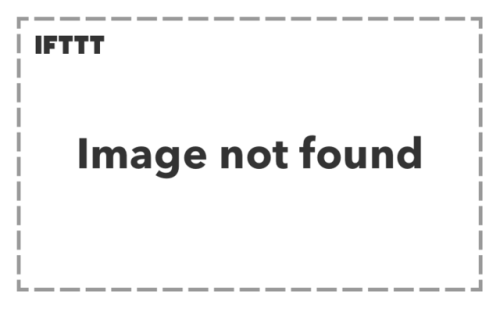 #MomForAMinute, #mom for a minute, #I need a mom
0 notes · See All
saving-pantelinaText

Because when i was younger i was rarely noticed.

Because when i was a child i was rarely heard.

Because i grew up w/o a mother despite seeing her almost daily.

Because i was always put down/ shouted at.

Because when i was asking for a hug, i was getting the response “im not a hugging person”

Yes i may go along way to get some attention because i never got some and even as an adult im still craving it.

Its not necessarily bad.

I dont always do it consiously.

Its not because of my BPD.

Please no mother,,, will you adopt me again if I make you smol Lloyd

hello, i’m currently taking applications for a tumblr mom or dad to provide with knowledge of this god-awful site that i love.

my messages are open.

Why doesn’t anyone irl give enough of a shit about me
Everyone hangs out with each other and I’m never ever invited???? I just want to feel important to someone again

#I can't be friends with people I don't trust, #I need a mom, #thoughts, #sad Chloe
0 notes · See All
myklaineinthe67impalaAnswer
So I always read your tags and there`s one " I need a mom" let me say its not I need a mom the correct sentence is I need my mom .... SORRY I DONT WANT TO BE RUDE

Hi anon oh well story time…. about 2 years ago my mom doesnt live with me anymore , she left our house and she is not around anymore , so yeah I need a mom not MY mom just a mom

#life, #i need a mom
0 notes · See All
totouchthelightText

I want to talk to T because no matter how embarrassing or wrong it feels… She feels closest to a mom I have, besides my own mom. Who isn’t much of a mother right now. It hurts. I can’t. I have to wait. I could call in tomorrow, but that just seems wrong since I will be going to group anyway so I should get my help there and I don’t want to be dependent and be wasting her time. But in group we just talk about activities you can do to fill your time (no actually to get back to normal life but whatever that is not happening anyway) and what am I waiting for? I am so tired. I’m so so tired.

#rambling, #I need a mom, #I really really need a mom, #like a hug or someone who listens and cares and loves no matter what and maybe gives some advice, #she is the one I'd want to talk to but even if then I have to call, #calling is awkward, #it can wait, #I'm scarred anyway
0 notes · See All
myklaineinthe67impalaText

//Now accepting applications for my very own nanny/governess, because I just really suck at taking care of myself.

#ooc, #but for real, #I need a mom
0 notes · See All
priestess-celicaText

damn mom is not here

#i need a mom
1 notes · See All
kardawnText

#fevers do weird things, #it's melting all my thoughts together, #I need a mom
2 notes · See All
whiskeyprincess08Text

Well, either I drank too much or I caught the stomach virus my sister is getting over. Either way, totally sexy.

#i need a mom
3 notes · See All
myklaineinthe67impalaText

Today my mom told me - you never talk to me about anything and I dont know who you are, and I was like oh you dont need to and she said yes you are my only child you have to tell me if you are ok and then I remember that she doesnt like lesbians and teachers, and fanfic writers and otakus so … she doesnt like me, she hate everything I am so I smile to her and I said that the weather was nice today and she is mad with me but is better this way

i used to really believe things would get better and my life would stop going around in circles, but there is so much unfair bullshit that continuously goes on, how could i think things would ever get better.

#i need a mom
0 notes · See All
bastardofbodomText