I’m going through my old Yuri rp blog that i literally was active on for maybe two months. Oops. Maybe I’ll go back

#that’s I like I probably won’t., #I like rping but I get burnt out so fast, #also I literally don’t do anything anymore, #I suck, #talkies
0 notes · See All
escapegrinText

Once I was just… thinking about nothing. And then I came up with an idea for this, and I don’t know what this is, but I wrote it on twitter once. It looked way better in 280 characters, buuut somehow I lost the tweet. I couldn’t lose this idea, so here you go:

There are two Braxiatels, the real one and a fake one. They’re both trying to convince Romana, who’s got a staser, to shoot the other one. Narvin suggests that both the real and the clone Brax answer questions about the three of them. They both get everything right.

Leela suggests Romana shoots one of them, but one of the Braxiatels says that he doesn’t have enough regenerations left to be wasting energy.

“That is the one!” says Leela. “That is exactly what the clone would say, because if he got shot he would die right on the spot!”

“Yes, but we don’t know how many regenerations Brax has left!”, Romana answers.

She stops and thinks. And then she raises her staser against the other Brax (not the one who talked about his regenerations). He manages to convince her that the other one is the clone. So Romana points the gun at the “clone”.

“Tell me a good reason why I shouldn’t do it”, she demands.

This Brax stares at her nervously, then at Leela and Narvin, then back at Romana.

“My lady… I’m very, very sorry about this. I know I promised not to say anything, even if I had a gun pointed at my head, but I hadn’t imagined the opportunity of you being the one doing it would actually come up, so. Something the fake Brax wouldn’t know. Your fan fiction, my lady, the one you recite to K-9 on your free time. Or not, I did walk in on you working on a sequel when you were supposed to read the bills sent by the High Council once. I said, ‘Madam, shouldn’t you be reading the bills? It’s a quite urgent demand’, and you replied, 'I’ve been doing it for 10 spans straight I need to clear my head. Now, Brax, should I write this sequel through Sigma’s point of view so the reader can get a better glimpse of his feelings?’, to which I replied, 'I think the readers would find his character more appealing if we don’t make his intentions expl-’”

“Alright, that’s enough”, Romana interrupted him and shot the other Brax right through his chest. He turned out to be the fake one, and they knew it because he melted into a puddle of green goo.

“And then”, Brax continued, “we discussed a bit more and I was like, 'madam, the bills’ and you said the High Council could just get fucked-”

Romana turned and found Leela and Narvin, trying to suppress a laugh.

She sighed, and said awkwardly and fast: “It’s not fanfiction, it’s a novel”, and turned to Brax again: “I should’ve shot you instead.”

#what's this? you ask me, #no idea, #i was literally just standing at the bus stop and this came up on my mind, #and then i just had to tweet it, #i was looking for the tweet today but somehow it's not on my acc anymore???, #I'm just gonna have to bring all my best tweets to my tumblr bc it's better here anyway, #never thought I'd say this about tumblr lol, #anyways IT WAS BETTER IN MY HEAD OKAY, #i can't write!!, #its not even fanfiction it's just, #a thing, #i miss them a lot, #gallifrey audios, #irving braxiatel, #romana ii, #leela, #narvin, #can we get an actual fanfiction about romana's fanfiction, #I'd write it myself but as you can see, #i suck, #also yes sometimes brax helps romana with her fanfiction, #i mean novel
2 notes · See All
principally-acePhoto 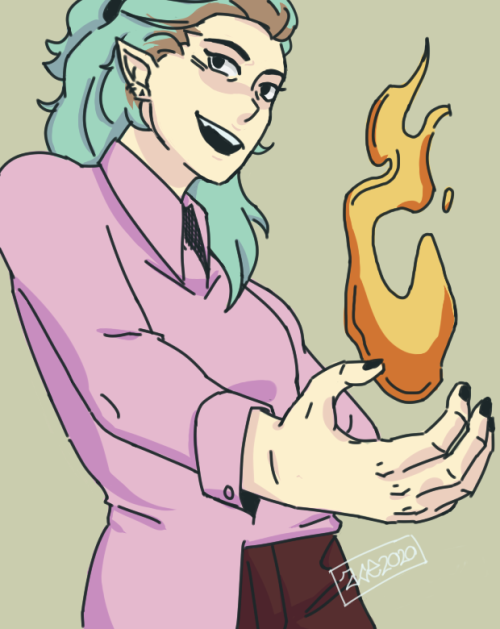 am I going to write a 5000 characters long article for the school paper about Possibly in Michigan and act like I should’t write one about Merlin already?

#i suck, #possibly in michigan, #btw it's amazing yall should totally watch, #and like the merlin thing is a longer subject that I have to research sooooooo, #..., #just to have something to give at the next meeting, #im a horrible person
0 notes · See All
zoes-madnessText

I’m such a horrible person, I can’t even say anything without coming across and sounding like a horrible bitch

#I feel like I'm offending people who realised what garbage I am by continuing to remain alive, #even though my continuous existence keeps proving further and further what garbage I am, #how I'm turning out to be a hypocrite about things I said earlier, #and I could at least prove my self-awareness by ceasing to exist instead of continuing to exist all wrong, #like... even if I somehow recovered or at least improved? that would be so..., #the people who have realised how shit I turned out to be... they would know I should not be improving because I don't get to do that, #so. like. I don't think I could do that. it would feel wrong. I would *know* people can see and know what I'm really like, #I mean. I've tried to improve so many times and it just keeps gwtting bad again., #it juat shows how stupid I am that I haven't realised ywt that trying to be more okay is bad for me, #and I should swallow my pride and understand that I need to discard myself instead, #negativity, #vent, #suicidal ideation, #kinda, #like... I'm not acrually feeling it rn but I feel like for the sake of trying to be decent about this I *should*, #suicide tw, #mental illness, #I suck, #not fandom, #tag rant, #self deprecation, #self deprecation tw, #writing these rants is an embarrassment but not saying anything feels like one too, #like... feels like I need to at least do something to communicate that I am aware of how awful I am., #communicate that I don't have those embarrassing delusions of being worthy of a dignified existence or personhood anymore, #ffffuck I don't know how to exist inside my brain anymore
1 notes · See All
lovinglyfemmeText

I could literally finish this semester with all A’s if I do well on my exams and instead of studying IM STILL ON TUMBLR…. I hate this place.

#i get distracted so easily, #i suck
0 notes · See All
musicmandaText

An Open Apology To Everyone I’ve Left on Read:

I don’t mean to, I forget to respond until the point where it would be awkward to try to respond anymore. Don’t hate me.

#I could only work out half these questions 😂, #I suck
1 notes · See All
goobsturtleneckText

Ahaha, you know I said I was going to write my one shot today… it didn’t happen- I got distracted with laundry and criminal minds. Maybe tomorrow!?

singing with full choreography around my kitchen this morning 💃

#personal, #dancing, #singing, #feeling good rn, #feels good to get some time alone, #even if its for a few hours, #music therapy, #therapy, #super therapeutic, #might force myself to draw after this, #still dunno what tho, #i suck, #got my cuppajoe, #justneedacuppayou
12 notes · See All
tachimybananasePhoto

#i suck, #ignore me
13 notes · See All
dangerousllydaintyText

i deleted a post i didn’t mean to delete -_-

#i suck
0 notes · See All
moonbaebAnswer

I hope you’re doing good and are staying safe!!

#I’ll slap myself back into reality, #it’s just been off for the past month or so, #I’m sorry again, #I suck
1 notes · See All
pumpkinspice-prouvaireAnswer

1) Old Guard/A Dangerous Fortune - unrequited Booker/Nicky, Booker/Mickey Miranda - Booker can’t have Nicky, but he can have his doppleganger

4) Generation Kill - Brad/Ray, former Griego/Ray - “I had to suck an officer’s cock to get these” “That’s exploitation. You’ve been exploited by your betters.”

#i suck
0 notes · See All
ihatebnhaAnswer

Naked is actually a request for u going naked for a day to challenge bakugo to restrain himself! I’m honestly not gonna write that tho LOL and was thinking I would go for something along the lines of… having to watch you do your skincare/makeup routine topless…. (i’ll probs change the title from naked to topless if that’s the case)

You know you have an attractive boyfriend. It’s a hard thing to forget, not that he has to do much to remind you, especially since every time another issue of Japan’s Hottest Heroes comes out, he’s on the cover.

It’s not really a big deal to you, especially since you know Bakugo doesn’t really pay much attention to looks himself, thinking that they’re trivial and waste of time, despite the fact that for some odd reason, he was blessed with the body of Adonis and a face equally as good looking.

Still, that doesn’t mean you think about what that means too often. You know he’s a darn good catch, but the charm he had when you first met has worn off, and to you, he’s just good ol’ Bakugo, your one and only Katsuki.

With your relationship no longer defined by the glamor of dating an attractive hero, but rather by the mundanity that comes from loving someone and living with them, it’s easy to get caught up in the trivial things, like losing your favorite hair tie.

“Fuck me,” you mutter, stalking to the bathroom, ignoring the shake of the pipes and sound of water as you peek into the steamy room. You figure it will be easy enough to find what you’re looking for without disturbing your showering boyfriend.

But it’s not so easy when you find yourself staring at his body through the glass walls that are your shower.

You admire him. The toned calves and thighs that support his every movement. His chiseled butt and Venus dimples, almost unreal in their attractiveness. Even the muscles of his back and shoulder blades, all sinew and pure power, do nothing but reflect the time and effort he puts into taking care of himself, at least to ensure his raw strength and ability to protect the people who need him most.

And you know you’re lucky, not just to have found such a handsome man, but to have found one who loves you… Especially when you finally happen to stop admiring his backside and find yourself staring into ruby red eyes that glare at you from over a shoulder.

There is a sudden silence in the air, a pregnant pause between the both of you, his arms stopped midair from being interrupted, and your body frozen from the shock of being caught having disturbed his shower.

Slowly, you back up, reaching for the door handle in a poor attempt at surrender, before rushing out in haste and slamming the door shut.

Your hair tie will have to wait. Especially now that you notice the sound of the shower has stopped.

#bakugo x reader, #bakugou x reader, #bakugo, #bakugo drabble, #drabble, #sorry i wouldve posted sooner but i got caught up in reading someones blog lol, #also i meant to post unwanted tonight but i got lazy, #i suck, #Anonymous
146 notes · See All
hurricaneh22Text

I wish I was more of an interesting person.