Trending Blogs
#i think the
obtainedlossText

do you care him

Last night I had a dream that we were back in school and my sister got into an argument with some girls and they stole my hearing aids and I told them that they’re worth over $2,000 and they would have to pay for them if they didn’t give them back so they did and they had destroyed the moldings and then one of the guys I went to school with a long time was like “I’ll buy you new ones” and it’s so wild bc all the people in the dream I haven’t seen or talked to in a long time and a lot of them were just random faces???

#emilia, #i think the, #nightmares im having are, #because im so anxious and, #worried bc im not dealing very well
1 notes · See All
deathsquad9000Text

a scented candle that smells like a blown out candle

#i say something, #scented candle, #i think the, #witchcraft, #tag might enjoy this
2 notes · See All
lucystarkiddText

#i think the, #fuck this!, #is just @ Louis, #giving the impression of frustration / let’s do this, #at himself, #tbh, #i’d like it to mean something else though
8 notes · See All
dmigodText

the lightning thief musical is so much fun, i hope it becomes one of those staple high school musicals especially for those that are lower budget

#like it's so much fun omg, #i think the, #version i have is early offbroadway bc i don't think this is chris, #it's cute though i love it
8 notes · See All
dobbybotText

You play the hand you’re dealt. I think the game’s worthwhile.

#You play the, #dobbybot, #hand, #I think the, #game s worthwhile, #you re dealt
0 notes · See All
dobbybotText

I think the child differentially diagnosed my bunch of potato chips

#my, #chips, #bunch of potato, #dobbybot, #I think the, #child differentially diagnosed
0 notes · See All
letkrillinsayfuckText

god
i just
on so many levels, i ADORE that when discord says “i’m sorry” in twilight’s kingdom, fluttershy responds with “i know” with tears in her eyes.

it’s such powerful writing, because it shows so much at once, even using so few words:

it shows that she understands that he’s sorry but isn’t ready to forgive him yet,

that she’s still really upset about it,

and that she’s come so far personally since the beginning of the series too. i mean, think about it. i’m pretty sure season 1 fluttershy’s reaction to that would’ve just been “oh that’s ok, don’t worry about it, i’m sorry too” and she would’ve let it immediately blow over even if she was actually still upset about it, because she was scared of confronting it as a problem.

especially she’s fucking talking to DISCORD like i know he’s lost his magic and isn’t being very threatening in that moment but still jeez fluttershy was Literally afraid of her own shadow in season 1 so i don’t think she’d find it that easy to immediately let him know where he stands like that.

#i love this fucking show. i love it fight me, #god dammit, #mlp, #i think the, #fluttercord, #tag is relevant here, #heheh, #twilight's kingdom, #s4e25 and s4e26, #i love their relationship so much ugh
8 notes · See All
kissmeyoudorkText

ok if you make decisions about your personality and the things you enjoy in life completely and only off the things your friend/boyfriend/girlfriend/romantic partner, you have a problem and probably shouldn’t be with that person. like just because that person likes oranges, does not mean you have to like oranges????? I mean, it also doesn’t mean you’re not allowed to like oranges, but if you didn’t like oranges before you met them, you shouldn’t force yourself to like oranges just to have something in common with that person. 1. it’s deceiving 2. if a person makes you feel like you have to like all the same things as them and have the same opinions as you, then are they really worth your time???

in short, be your fucking self, ok?? be unapologetically you, and don’t change you for anyone

#rants, #disregard, #I think the, #aesthetic, #tag is acceptable here, #be your own aesthetic, #idek man im tired
2 notes · See All
razzledazzyText

#I THINK THE, #SMUT WAS 616 THOUGH??? MAYBE?, #IM HORRIFIED
2 notes · See All
kantainofunallowedAnswer
IT'S

I think that the universe itself doesn’t want me to pull out that meme.

#I think the, #Anonymous
0 notes · See All
valleycatthedemigodText

Watching all of this is amusing to me.

#just watches from a distance, #i think the, #minecraft-console, #is doing a great job at monitoring
0 notes · See All
right-im-doing-this-blogText

rubbish timetable… And my favourite teacher, in my favourite class has been replaced by a ridiculously boring man.

#i think the, #trans news, #has worn down since, #i came out last year, #., #i'm glad there are some new people in my classes, #first, #mine
0 notes · See All
hyun-seongVideo
#I THINK THE, #kangjun, #tag needs this
6 notes · See All
branchestohandsText

#i think the, #anglophilia, #is getting to me, #i'm such an, #anglophile, #send help, #oops, #am an anglophile, #i fucking love, #britlit, #fangirl, #woops, #text post
4 notes · See All
itslarsyouguysText

every  single physical fight I’ve gotten into has started with me expecting someone to hold me back, and then they don’t so I have no choice but to follow through

#fights, #i think the, #hold me back, #thing is just a myth, #no one ever gets up in there
0 notes · See All
cecilfeministpalmerText

#I don't even watch this show, #I think the, #Hannigraham, #tag would like this
10 notes · See All
lolkillebrewPhoto 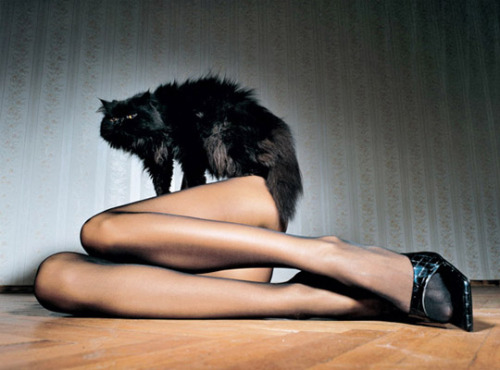 #olaf martens, #i think the, #cat, #did it
74 notes · See All
westonsbakeryText

My daily hatred of Anatomy and Physiology.