Did we really just brush over the fact that after Milo got healed by the nurse on Octalia (I think) he gained TELEPATHY?? And the line “I maybe an abomination but at least I have bones” like that is amazing omg. I can’t believe it ended with Milo mocking Zac for Melissa kissing him on the cheek even though Milo himself got kissed like 5 times in the whole show with no one else noticing or saying anything about it. That one episode where Milo and Joni got a small connection and after Milo walked away Amanda immediately went and strangle her saying “HES MINE HES MINE HES MINEEEEEEE”

#i was all like, #calm down girl, #omg, #i dont remember the name omg, #heckin, #milo murphy's law
10 notes · See All
theblackparadeisdeadText

#Youtube, #submission, #i was all like, #that's cool! i love the ocean!, #then-, #but i can't be mad, #because it's actually accurate, #it's me on tumblr until i started editing real toot and the brain rot set in
6 notes · See All
madegeekyText

A present for @docholligay! This was an interesting experience because, unlike the two fics I’ve written in the past year or two, I knew I wanted to write a fic but had nothing specific in mind. I came up with the first paragraph and then thought of different things that could go with it. This is what I came up with and I’m quite happy with it. I hope everyone enjoys!

Michiru was unsure how many deities she had upset and how many different lives she had done so, but it must have been more than a few in both cases. It was the only explanation for the situation she currently found herself in.

She had often found villains to be unpleasant but this was quite beyond the pale. It was deplorable enough that Haruka had gotten herself kidnapped and put, if one believed the villain, into “eternal sleep”. It was appalling enough that she had been listening to a monologue that was now coming to the ten minute mark. But it was absolutely abominable that apparently this particular villain had read too many fairy tales and had come to the decision, with what truly miniscule brain power he had, that he wanted the Senshi to relive them.

Michiru had no idea what fairy tale the other Senshi had found themselves in but she would dare any of them to say that they had it worse off than her. Yes, rescuing Haruka from a thorn-covered castle and giving her true love’s kiss (only years of practice in keeping her face placid kept her from physically grimacing when he said that) was easy. But everyone would agree that dealing with the aftermath of it, of dealing with a Haruka who had somehow found herself in the place of princess instead of prince, was going to be a truly abysmal experience. (For all involved. Michiru had no reason to save everyone else from the constant complaining that was looming in her future and she was a firm believer that if she had to suffer, so did those around her. Besides, perhaps Minako’s obnoxiously loud behavior would finally prove itself useful and she would draw Haruka’s attention and thus take the majority of the complaining on herself.)

#geeky talks, #geeky writes, #geeky writes sailor moon, #docholligay, #i was all like, #this is awesome, #and now i'm getting ready to post it, #and i'm nervous, #fuck you brain, #that's just dumb
35 notes · See All
transbreadText

Me: “Kassandra you literally sunk 10 ships, both athenian, Spartan and Civilian ships, to get loot on the way to the harbour of which you stand being all ‘you are a pirate!’

Honestly, Kassandra. I think. You are a pirate, too? ”

#btw when hearing her quest, #she was all like i lost my girlfriend, #my co pirate!, #i was all like, #ok i am doing this quest right now, #then her girlfriend was dead which :(, #but i recruitrd her to my ship so its better now, #she is at kassandra lesbian totally not a pirate ship, #talking lurker, #assassin creed odyssey
1 notes · See All
victory-cookiesText

I just realized that I can do whatever I want with my OCs and no one can actually stop me.

#I was all like, #'oh I wish this could be canon', #and then I remember that I was in charge
9 notes · See All
citrinebenderText

#i was all like, #its okay i can wait to see the mv, #and suddenly the 7 am thing happened and i got too excited, #and now cjdjjsjsjsjs, #i need to see it
1 notes · See All
for-that-cotton-candyPhoto 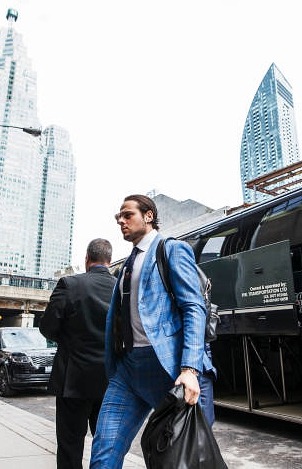 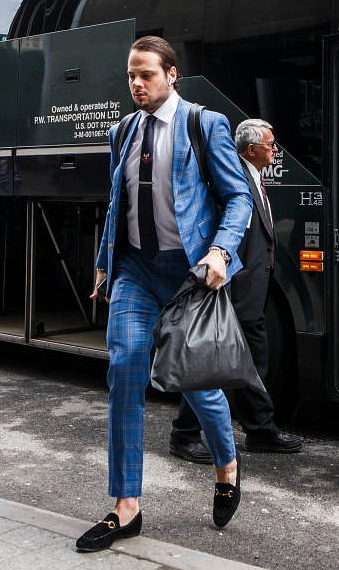 #also he seems to be turning into john carlson, #i thought in that second one that he WAS john carlson, #i was all like, #wtf is john carlson doing in these leafs pics, #that's ok bec i love john carlson!
10 notes · See All
baronessblixenAnswer
***SPOILERS*** Let’s talk about how much I wanted to see Jon and Arya reunited since day 1 and here we are it’s BEEN 84 YEARS

Same, anon, same. It was so beautiful. I hope we’ll get more scenes with Jon and Arya.

#lovely anons, #got spoilers, #got, #i was all like, #all the stark children! minus robb, #then i remembered rickon, #i don't remember what happened to rickon, #did he die? where is he?, #anyway jon and arya, #are just adorable, #when she showed him needle!, #it was great
9 notes · See All
got-any-loose-milkText

Guys I bought a bus pass this month instead of swindling the system til I get caught. Queen of the law!

Sometimes I think it would be so fun to see Noelle and the crews’ take on the He-Man characters but then I think about how so many fans solely stan Kyle despite the fact that he was written to be a joke, and then I’m like yeah they made the right call not to bring He-Man in.

#i was all like, #huh i wonder why they said no to that, #and then i remembered, #people obsessed with kyle in a show filled with strong women, #and better men than Kyle, #and then i was like oh yeah
21 notes · See All
daintylittlesnowflakeText

I had a party today and I couldn’t find my deodorant and it was super hot out so I hurriedly used some of the “boy” deodorant I keep around and then I found my “girly” deodorant immediately after so I just… put that on too?? And if that isn’t an nb mood idk what is.

#i was all like, #yes, #balance, #i am both and neither, #an enigma..., #also im cutting all my hair off tomorrow and im SO KEEN
0 notes · See All
nicoriiAnswer
I feel really bad about being it up now. I’m really sorry dude.

No no it’s fine! You did nothing wrong! I’m glad I know you were able to see my response to your ask!

#anon real shit ily, #like when i read your ask it actually made me happy?, #i was all like, #tHIS PERSON KNOWS AND UNDERSTANDS, #so really bless you my dude
23 notes · See All
rens-trashText

Does your brain ever just autocorrect things that you’re not even planning to say out loud?

#cuz mine did, #i was all like, #imma go grab a drink, #and for some reason, #my brain autocorrected drink to dick, #ren sez
2 notes · See All
lightsandmetaphorsText

i can think of a million things to say now but i was awkward!! So Awkward! why did i lock up like that?? :(

#thatll probs b the last time i see him, #i was all like, #i dont care, #but i care
0 notes · See All
dedeimaginesText

#i sweAR TO GOD, #i was all like, #yay were fixing this before the test, #and NOW, #im like, #bleaSE.... doc heLP, #i mean I'm gonna talk to him in like a month but, #my sats are on june 2, #soooo, #thats after buT, #hhhhNNnNNg, #im nERVOUS, #and i shoulDNT BE BC IM ON MEDS FOR IT, #anxiety is the fuckign worst, #personal, #rants with dede
3 notes · See All
dahlieeText

I hate myself for drinking excessively a night before I have to work.

#i was all like, #fuck it let me get a hangover i aint scared, #regret
6 notes · See All
itsonlymarlonText

#i was all like, #why are my arms chest and abs sore like I've been working out, #and it turns out the answer is fuckin
3 notes · See All
annabookchaseText