I’m trying to minimize the amount of Overwatch content I post(spam) on this blog, so I made a blog specifically for the fandom! It’ll contain SFW reblogs and original posts.

So if you like Overwatch I suggest following @owiewatch

#i'm proud of it tbh, #i post my own fanfiction and headcanons there too, #consider following it, #delete later, #owiewatch
0 notes · See All
ohbellamyAnswer
Lovely Christmas theme mate!

#i'm proud of it tbh, #keep looking at it all the time lol, #thank you smmmm, #answered, #anon
1 notes · See All
erinoddly-archivedText

#my writing tag, #ok i wrote this like three weeks ago and its dramatic af but i;, #i'm proud of it tbh, #and i mean who am i if i am not oversharing my thoughts here u know, #anyways i wanted to save it in a place i wont lose it, #the year abroad, #in which i ramble, #personal /, #anyways ignore me
7 notes · See All
the-plxce-to-be-archivedPhoto 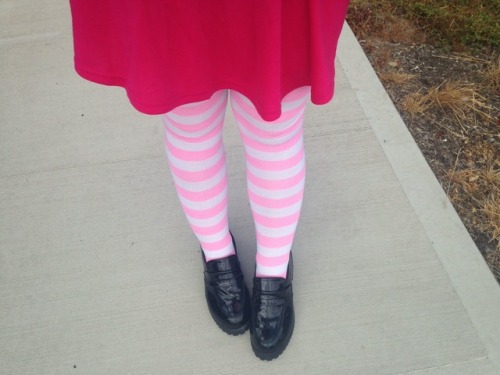 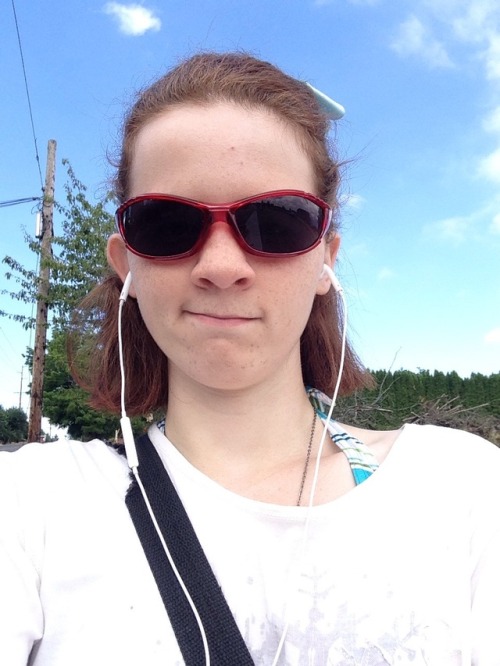 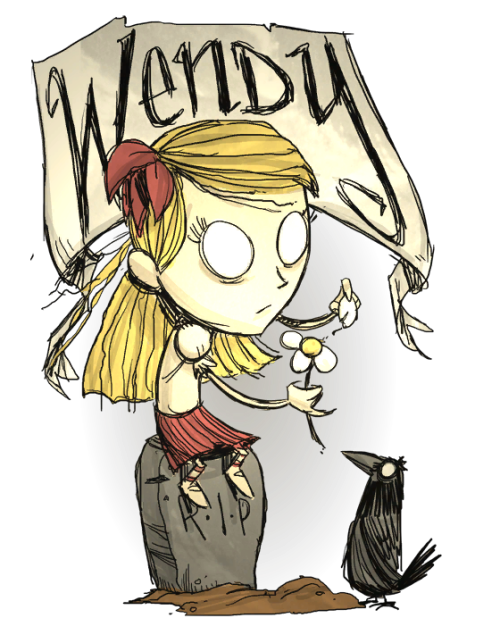 #My Face, #look at this Wendy closet cosplay, #I'm proud of it tbh
4 notes · See All
iriswestsText

I’m in the process of making a wearp network, it’s not done yet but it’s up right now @wynonnaearpnetwork

#I'm proud of it tbh, #layne made the header
5 notes · See All
senishin-blogText

New theme is up !! It’s essentially an updated version of the same theme I had for the third time but I’m quite fond of the art/style so I’m super happy 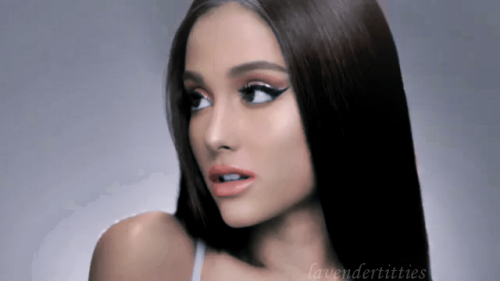 (This is… really all there is to their personality lmao) 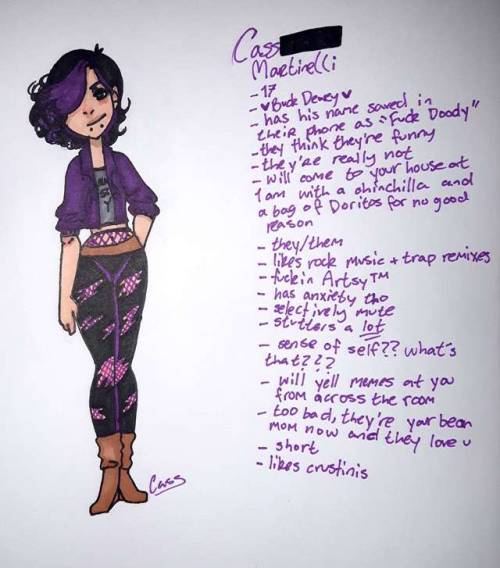 #my hand hurts but hey I got it done lmao, #bleh, #i'm proud of it tbh, #self insert, #steven universe, #edjee's art, #(I feel like there should be more tags????? idk why tho)
7 notes · See All
psycho-is-seikoPhoto

A sketch of my wAIf Nah I did 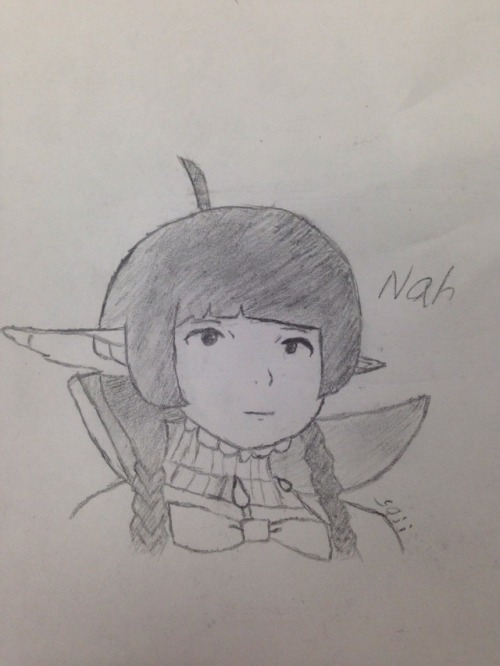 Okay so I’ve made a painting and it’s not very good but it’s the first time I’ve ever made my own proper painting with acrylic paints and it’s honestly the most fun I’ve ever had I want to always be working on a painting. Is anyone interested in me posting it?

got a playlist now and everything B)

So over seven years ago I bought this cute tiny panda plant and it has grown tall in its medium sized pot since then. I decided to transplant the thing into a bigger pot a few months ago and now its fucking huge it’s redICULOUS HELP. I DIDN’T SIGN UP FOR THIS.

#tiki rages, #I live in the tiniest box in existence this is a problem, #profanity, #I'm proud of it tbh, #BUT I DIDNT SIGN UP FOR THIS
1 notes · See All
revolutioncastiel-blogText

i just finished a drawing that took me an hour to finish. god my neck hurts

#i hate myself, #i'm proud of it tbh
2 notes · See All
doctor--benzedrinePhoto

One down, eleven more to go :)
(Supposed to be leaning on a guitar, couldn’t draw it >_ 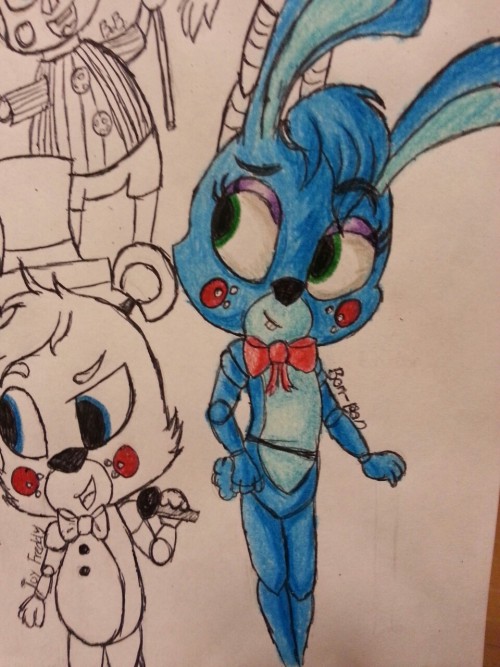 fear-gxd-alone replied to your post:i feel like my blog is a continuous cycle of…

i couldn’t keep the cake from him any longer

damn i couldn’t choose bc wow cuties but THANK YOU~

#jessiewore, #i'm proud of it tbh, #also thanks for the happy birthday!~
0 notes · See All
startouche-dText

The eighteen-year-old Deadly Chaser may not have been the happiest person known to Elrios, but something about the holiday season had sparked a noticeable light in him. His smiles were brighter, his laughs happier, his actions more affectionate.

Eco had noticed this change in behavior.

He felt as if he was falling in love with the blonde all over again; his smiles were a shining ray in a cold, wintery world, causing his face to flush and his heart to flutter.

On Christmas Eve, the petite paladin ventured outside onto the front porch, into the chilly winter air. He wore an oversized yellow sweater, and a striped beanie covered the top of his head. He blew into his hands to help warm himself up, admiring the snowy landscape around him.

Not too long after, Aoi followed him outside, a blue scarf wrapped around his neck, his hands balled up in the too-long sleeves of his pale teal sweater.

“What are you doing out here? ‘s cold,” the older boy muttered, lightly nudging his friend on the shoulder.

“I love the snow,” he replied, looking up at the other with a smile, “I always have.”

“I was never a fan of the cold,” he pulled his scarf up further, to cover his shivering lips.

“But the snow’s pretty, I suppose.”

There was a small silence between the two boys, both observing the tiny snowflakes that drifted down from the sky, landing ever-so-gently onto the ground.

“Why’d you come out here?” Eco finally asked, breaking the silence. His blue orbs darted to the other, searching for his gaze.

“I was lookin’ for you,” Aoi muttered in reply.

The Iron Paladin’s face flushed at the thought. Why would Aoi come looking for him?

“Eh, no reason,” the blonde’s eyes drifted around the area, then locking on to an object hanging from the ceiling of the porch above them. His face flushed a pale red, and he pointed to it.

“Hey, look at that,” he said quietly.

The boy’s eyes darted to the ceiling, his face flushing dark red as the object came into his vision.

“A-ah, uh…” he stuttered, trying to find the words to say, but unable to do so through his flustered thoughts.

A gentle hand soon found his, long fingers intertwining with his.

“You know we’re supposed to kiss now, right?” the older boy smiled, taking a step closer to the petite blonde.

He was cut off by the other pulling him close, his hand still holding onto Eco’s, the other placed on his hip.

“A-Aoi…” he muttered, staring into his cerulean orbs.

Aoi simply smiled again, then leaned in to press a soft kiss to Eco’s lips. His warm breath tickled the boy’s upper lip, and he found himself wrapping his one free arm around the taller boy’s neck, and his eyes fluttering shut.

A minute later, the Deadly Chaser pulled away- barely,- and rested his forehead against the other’s.

“I love you,” he whispered, bringing a hand up to caress Eco’s cheek.

After that, the pair decided to head back inside to escape the cold, cuddling together under a warm blanket, complete with cups of hot cocoa.

And, maybe, sneak in a couple more kisses, too.