The two villains of “Ice Age: The Meltdown” if they were designed closer to what they were said to be: Cretaceous, an Ichthyosaur and Maelstrom, a Pliosaur.

I did my best to keep them close to their film counterparts (and to the film’s art style), while also staying true to their real world counterparts too. 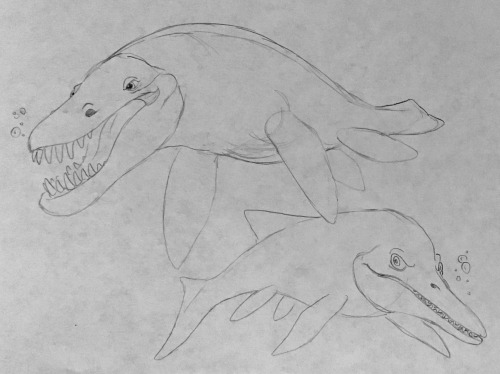 Cretaceous, one of the two villain from the 2nd Ice Age movie (that I saw in theatres as a kid) redesigned with my own artist flare.

Maelstrom, one of the two villain from the 2nd Ice Age movie (that I saw in theatres as a kid) redesigned with my own artist flare.

Millions of years ago, these two reptilian sea monsters: Cretaceous and Maelstrom, became trapped in ice. Now, as the surrounding ice begins to melt away, so does the ice that has imprisoned them. Once the two are freed, they’ll undoubtedly be on the hunt for their next meal… as they haven’t eaten since the days of the dinosaurs. 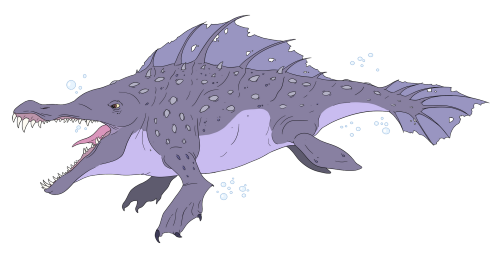 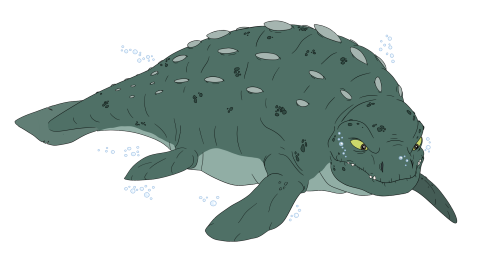 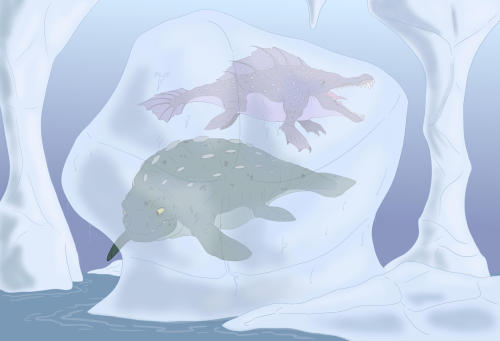 Watching Ice Age and I’m beginning to think that the only reason Sid’s family ditched him so many times, is cause he’s so damn annoying [And if him calling the rhinos inherently stupid was another indicator, well…….]

Also: Why did they make the female sloths like that?

Ice age: cgi didn’t aged too well, ice age baby became meme yet the story and setting was still worth watching for and you can tell there’s some heart

Ice age 2: cgi had improved, has some of my fav moments like the beaver saying damn (come on why isn’t that a meme) has some great character building between manny and Ellie. There’s heartfelt moments, and crash and eddy weren’t as annoying (heck when I was younger I thought they were Ellie’s little brothers and also they were the youngest characters of the group)

Ice age 3: cgi had also improved, story and setting a bit interesting like the Dino world that’s under the ice age world, has given us buck and Scrat’s ““love interest “ (which I still wish they were together but oh well) has it’s funny yet a few heartfelt moments. However there were a few moments where crash and eddy are starting to get a bit grading to the ears but not too grading. This movie should of been the ending of ice age.

(And now there were we go down hill from here…….)

Ice age Christmas special: it made no sense cause like.. this was back in hunter gathering times and also, they could of made up some animal holiday or whatever but no they had to have these Prestoric animals celebrating a holiday that hasn’t been invented yet…

Ice age 4: cgi improved, everything else bad just bad… also Diego has love interest that’s not really a bad character in my eyes just um.. I forgot about her. Oh yeah and peaches is teenager now I guess… (honestly since elephants well in this case Mammoths age pretty slowly, they could of had the excuse to have peaches still be a calf and all but yeah…) oh yeah and crash and eddy starts getting really annoying and um, there’s some character downgrade here and there and also um.. I guess some of the newer characters kinda gave me a snicker or a chuckle but that’s about it.. also me slowly thinking that yeah.. maybe they’ll start to run out of ideas

Ice age 5: Yes the cg had Improved and has lovely colors and textures yet, It’s not a saving grace, it’s hot trash, yea sure it brought back our boi buck but even buck won’t save this movie, crash and eddy has became even much worse, the characters had gotten a downgrade, manny became the stereotype Dad who don’t approve of daughter’s mate trope, the rest of the characters are cardboard and Scrat… yeah… I don’t wanna go there. Point blank trash. Clearly running out of ideas has no soul

I’m not emotionally invested in this movie :’)

“all unattended children will be eaten” 😂

Nevermind, Diego is the only functional member of this group

Manny please, you can’t talk about kids 5 minutes after she realises she’s a mammoth

Ohno mama possum saw baby Ellie and just thought imma adopt that one, if that ain’t a mood