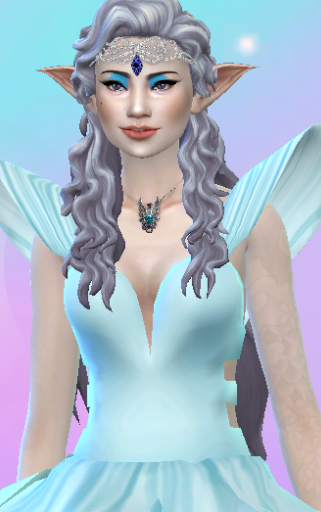 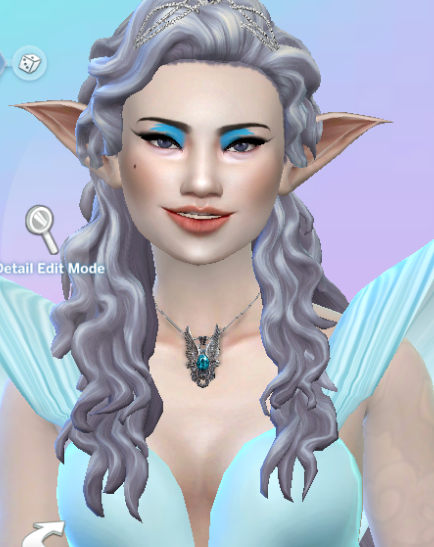 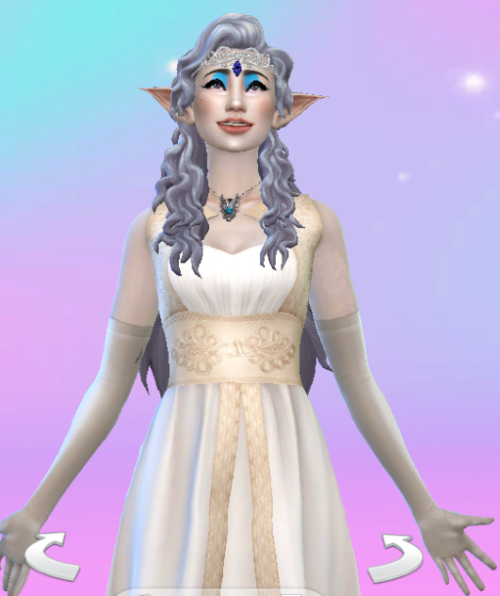 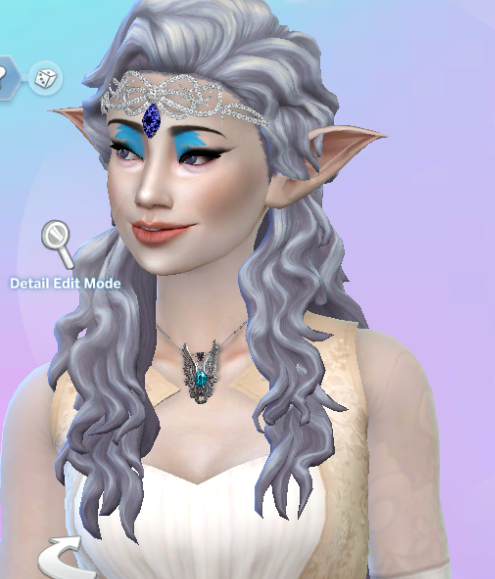 Imprisoned in this sarcophagus, these walls breathing a repeating   NIGHTMARE,   floors now creaked with an emptiness, cloth that covered cornered furniture as still as the dust that hung in the air.   No crack to let in the noise of life.   Darkness shrouded every corner and every untouched shelf.   Those who listened could   HEAR   the resonating screaming.

She didn’t believe in   GHOSTS   until she stood over her own body.   ‘Til death do us part.   She wept without a sound, she touched without feeling.   Watched him cradle that husk of a   SHELL.

HERE   she sat, wandered, lived, and chained to a memory.   Waiting.   Watching.

‘some people are so lucky. they become immortal and get to go live in the woods. some of us immortals had to figure out how to get a new social security number…’

#;; snow ic, #tag pending, #sofi had one thought this morning and this was it, #sorry dont mind me, #being an immortal forest cryptid sounds easier than a modern immortal needing to find a new identity
0 notes · See All
jesuisnilunnilautreAnswer

because like, in canon, before they met their beloved weirdos, they were bored, which for them meant death. for hannibal, because serial killers get careless and then are caught, and for vitya, because skaters get stuck, and then lose all joy from the ice.

plus there’s the physical similarities, with the grey haired eastern european rich ass suited up Very Important And Well Known men, and then their brown hair glasses soft faced loner husbands who love their dogs.

so i went hmmmmmuuushhem together

the result is true crime podcast host/investigative specialist yuuri katsuki hyperfixating on a serial killer who just-so-happens to be viktor nikiforov, the eccentric luthier (??? maybe??? i haven’t decided lol, something to do with music) who has been attemting to woo a blushing and only slightly oblivious yuuri. phichit and chris are clutching each other in the background. i haven’t decided if they’re in on it yet, whichever one has more comedic potential.

this was born from the various posts on this here hellsite about the immortal gang having social media accounts, and booker running a super pretentious booktube/commentary channel, and i couldn’t resist the urge to drabble.

plus, my mom is in various bookclubs, three of which are anti-racist/revolutionary in nature, and she likes to talk to me about who said what and how this one lady didn’t read this month but insisted on talking the whole time, or about how this one dude isn’t quite radicalized yet so he doesn’t know what a proletariat is, or how this one person said this stupid thing, and as a result i’ve taken to imagining with great pleasure how each member of the immortal squad would absolutely flame them.

they are, of course, still immortal vigilantes, so every once in a while they’ll say something that’s normal but slightly to the left, like “nicolo and i have been having this argument for centuries now but i am right and he knows it,” or they’ll make some comment about how oscar wilde was a prick who made terrible tea, or they’ll talk to each other in like a proto-indo-iranian language or something, and since they put subtitles on all their videos and they’re not like, Serious videos, most of their audience is like ‘haha jokes so funny’

but there’s a small group that are like, grad students and super nerds (lead, of course, by copley), who hear that stuff and go wait a damn minute, “there’s literally no record of that thing you said about mozart” or “THAT LANGUAGE HAS BEEN DEAD FOR CENTURIES??? WHAT THE FUCK?????” or “that is an honest to god rodin” or “those weapons sure are suspiciously accurate,” plus all the pictures and paintings of them dating back actual millenia

so they’ve been added to the list of immortals alongside john mulaney, anne hatheaway, hozier, florence welch, paul rudd, jeff goldblum, wang yibo, xiao zhan, keanu reeves, etc. (these people are, in fact, Actual Immortals. they get coffee sometimes and rant about how much english sucks.)

I’d much rather lose a friend to age than watch another get violently killed in front of me.

#cos kindred can still die, #even smart ones, #we're not immortal, #ic
2 notes · See All
creatorofclayAnswer

Elijah simply sighed, recalling the event from the other day, “ Aside from being an impolite nuisance? ” He shook his head. The warlock hadn’t stuck around long, but it was certainly long enough to test the young vampire’s patience.

“ He wanted something from you and seemed to think asking me was his best course of action, ” Elijah kept his unamused expression, “ He never really got to his point before he was gone again, so I didn’t really see any need to say anything to you about it. ”

Part of him had wondered if he should have told Caleb right away, but it also hadn’t seemed like it would be so urgent. Especially considering he never got information from the warlock, nothing other than that he wanted something he couldn’t easily get.

#IC. ₊˚·* so you want to play god? be immortal with a loaded gun. ∞ ask!, #lingeringscars, #suicidal thoughts //
0 notes · See All
closetedcuriosityText

@hellcustomerservice​ said:  “Azazel, you are scribbling in that notebook feverishly all the time. Do you ever digitize your notes? I took hell’s customer service online a while ago. It’s.. a godsend.”

The tired demon sleepily grinned with minimal effort as she stumbled into the kitchen to re-fill on coffee.

Sky blue eyes peer up from the aforementioned notebook, watching the sluggish demon shamble past her, and towards the coffee maker. Ah, so it’s that time of the day again. Had she really been writing so long? It didn’t feel that long. Apparently so, based on the sunshine pouring through the window. Huh.

The angel is prepared to preemptively scoot away from the brewing coffee, knowing full-well how this one gets when properly caffeinated… but, stops upon actually splicing the question she’d received. It made her… blink.

“I haven’t…? The thought never occurred to me.” She admits, eyes falling back to the notebook in her hands… that would surely make things more convenient for her. “Heaven still hasn’t upgraded to digital methods, so I suppose that’s why I wouldn’t have… my superiors are bit, how should I say… old-fashioned?”

Archaic would be more accurate, but she’s not far-gone enough to be so blunt about it. “I really should, though, shouldn’t I? Enchanted notebooks are quaint with their infinite pages, but attempts at organizing them are frustrating…”

#Absolutely revolting! Please‚ tell me more! // IC //, #I wouldn't exactly call this a ''higher calling''... // Answers //, #hellcustomerservice, #// Imagine having to organize records of every mortal life MANUALLY, #// no wonder she'd rather go risk her immortal life in hell instead, #// Anyways- thanks ya kindly for the greeter! I appreciate it
4 notes · See All
stabby-talonAnswer

Signing parchment, he didn’t notice how sneakily she drew behind him, feeling lips place a delicate kiss upon flawlessly smooth skin, he smiles as eye close behind white locks, “ well good morning my empress… ”

Shikamaru has been too smug for far too long…insufferable virgo man… tayuya vc: im going to dig up hidans head & let him bite you as you sleep

❛ Damn right, lady! ❜ Hellboy chuckles. She sure could fight pretty well. Maybe even better than Hellboy himself. Eventually, his defensive position loosens when the last of his the henchmen fell into the snowy ground. Some had been pierced by the Italian woman’s double-edged sword. Others had taken an immense blow from Hellboy’s sledgehammer-like right hand.

A short-lived fight. Though, it did provide enough time for their boss to escape from the now desolated safe house… Aw, crap. The Big Red grimaces and finally takes a breath. He glances at his own open wounds on his left arm and on his chest. Nothing too serious. To be frank, he could barely tell if the wet blood was even his.

❛ Thanks for helping out. ❜ He finally turns to his companion. ❛ Are you alrigh - Holy crap! ❜

Silas had spent a few days binge watching ‘Orange Is the New Black’, and had taken it upon himself to try out the fashion stylings of the show. If he was being honest, he didn’t think orange was his colour, but there was no way in hell he would admit that. In fact, he was prepared to lie through his teeth, especially when someone else had the nerve to judge him.

“Coming from the person who looks tragic in everything” He threw the jacket at Nadia, challenging her to try it on. Although he could pretty much predict the outcome, it would still be fun to watch as she humiliated herself in the fashion department. “I suppose you think you can pull it off better, hm?”

Are you apologizing for my suffering, or requesting clarification?

#neither is a particularly apt use of our time, #but then we are immortal, #so it hardly matters, #ic, #replies, #penofdamocles
4 notes · See All
asagao-onnaText

It was interesting. Any other woman in her place would want to regain her youth, to be young, full of strength and life. But Anko chose her adult self. Perhaps because he treated her badly when she was young, or for the reason she has given him now. It was her choice. And he will respect this choice. He liked her looks.

“Okay, I understand. Without transformation, it will be even easier. I will prepare everything and we can start in the evening.”

“Thank you,“ she whispered in his ear as she wrapped her arms around him. “It means a lot to me that you do understand.“ Things would be best this way. Neither looked quite the way they had when things were so awful, back then. This would be a reminder that they had changed on the inside, too. “I’ll be ready whenever you are.“

“Don’t worry, you won’t feel it. I will put you to sleep and when you wake up, you will be already new. By the way, would you like me to return you a youthful look like I did to myself? I like you in any form, I just want to clarify. ”

Looking off to the side, Anko knitted her brow. She sat there in silence, imagining how wonderful it would be to be young and spry again. No more aching joints, no wrinkles cropping up, nor greys requiring monthly hair colouring. It’d be so much easier to find new clothes that fit. And best of all, no more jokes about her weight from every jerk in the shinobi world. Yes, that would be pretty great.

“I think,“ she began after clearing her throat, “that as tempting as it is, I should remain my current age. I’m not that person, anymore. The young me was very naïve and bitter. This me has learned to let go of the pain and hatred of the past. I’ve learned to accept myself, flawed as I am, as well as others. Vendettas and jealousies are no way to live. I want to remain the mature woman who’s grown beyond that; the one you treat as a equal and who you’ve made amends with.“