Robin, 4 seconds after being left alone with YouTube auto play:

Fuck ever finding out about Mary’s backstory. The “the room was full of dandies and wenches talking and all floating about the place” scene explains everything about her perfectly.

#I love how that's how she sees the world, #so in character honestly, #anyway this post is dedicated to my partner, #mary ghosts, #bbc ghosts, #ghosts spoilers, #katy wix, #idiots assemble
65 notes · See All
sirbogardeText

I’ve been thinking about this blink-and-you’ll-miss-it bit from the first Ask the Ghosts vid. They question was “Did you have any scrapped ideas for ghosts?”

Ben : didn’t we have an idea for a downed spitfire pilot and a downed German pilot? and they just didn’t get on.

Larry : yeah, but they never identified what their relationship was :)

Ben : I think that sort of morphed into the captain, didn’t it?

my brain hears this and automatically assumes they had planned to have a British and a German pilot who were in love with each other but constantly arguing. like, can you imagine. the captain but with an enemies to lovers au.

#bbc ghosts, #larry kind of gets cut of so you have to be paying attention, #asktheghosts, #my stuff, #the captain, #ben willbond, #larry rickard, #idiots assemble, #ask the ghosts, #bbc ghosts the captain, #my thoughts, #i may or may not have thought about writing something like this after the last season, #history, #wwii, #hh, #horrible histories, #quotes
68 notes · See All
sirbogardeText

it’s been a week since i watched all the “Ask the Ghosts” vids but i am still thinking about how both Ben and Larry simultaneously lost it when Katy said “replica teat” and continued to giggle for 10 minutes and Larry’s “I think I enjoy the energy of sets” and how Ben absolutely cracked up and really never recovered. 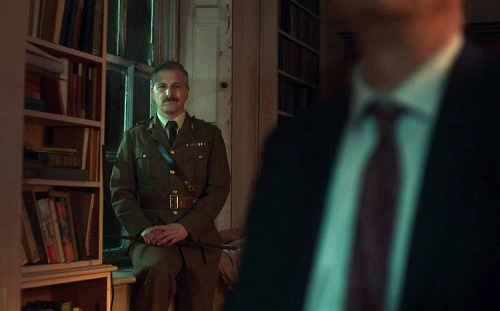 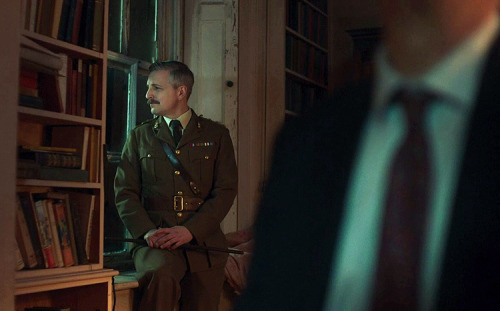 In honor of Leif Erikson day

I think I might have just found the perfect song that fits if Havers dies and that’s what makes Cap sad/causes him to die of a broken heart. I’ll be crying in a corner thanks

not to analyze every single line in s2ep3 but I paid attention to Havers more this time round and the momentary glint of hope in his eyes when Cap says “I shall miss you, Havers” and then the expectation when Cap pauses, and then the disappointment when Cap corrects it to “we” and then Havers giving him one more chance to say something, “if that’s all” and then the way Havers whips his head around because he thinks Cap is going to confess something………….yeah these two live in my head now

I love how the “Ask The Ghosts” interview Q&A things are basically just the cast talking about their headcanons for the ghosts for 30 minutes straight. I could watch that for hours.

Summery: The Captain and Havers say their final goodbyes.

Despite it being the middle of Summer, it was already dark by evening, as though even the Sun knew what darkness had come upon this day. The Captain sent his soldiers to rest early. They all needed time to process the news of France’s surrender. It had brought certain things alright to them all, not least how little time they might have until the Germans invaded Britain. And what they wanted to do or say before their freedom was taken from them. In the Captain’s case, that time was shorter than most.

The Captain paced in the library. Perhaps one of these old books would hold the answers to all his problems. He traced his fingers over the fraying spines that contained far too much poetry in his opinion. He opened one at random but didn’t take in any of the words written on the page. Too lost in his own head, he failed to realise hurried footsteps were headed his way until they entered the room. His breath hitched when he looked up to see Havers, who had come to a sudden stop in the doorway

There is no meme.

#that's so much for a smallish production like bill was, #bill the film, #idiots assemble
35 notes · See All
not-john-palmers-handText

i made a ~king philip the second of spain~ compilation

#bill (2015), #billthefilm, #king philip ii of spain, #ben willbond, #idiots assemble, #the internet asked and i delivered, #(specifically billpottsismygf), #they say it a lot less in the movie than i remembered lol, #and i was up ALL NIGHT for this but it's ok bc he's worth it, #op.jpeg
188 notes · See All
thepansexualoboistText

Can you imagine though

what do y'all think the captain’s name is?

#i'm just curious to see what you think, #ben said in an interview from a couple of weeks ago that they have his name figured out, #but they want to keep it secret for a while i think, #bbc ghosts, #idiots assemble, #idiot post, #i don't remember what the interview was mayb radio times??
75 notes · See All
littlehorrorshopPhoto

Ben Willbond as The Captain in Ghosts 2x03

My friends are fucking idiots and i love them.

I have genuinely no idea how to showcase my content. Like, I have the writing for the first act of my thingy, Hellswap and all I have to do is the character ref sheets but I have no idea whether it’ll be a game, an episodic animation, or a comic and it feels like I’m running out of time to pick when I have forever. MAN I WANNA DO ALL THREE.