Okay, Bakugou getting dragged away by his classmates, that makes me laugh and smile.

And what else do we-

GOD DAMN IT! I ASKED FOR NO HAWKS AND BEST JEANIST!

I know Hawks was affected by Dabi’s wrath too, but for fucks sake dude…..give me a break from burnt chicken ass! Especially Best Jeanist….I don’t care if I get hated for disliking him, but hes irrelevant to me. MF should’ve stayed dead……

Bakugou trying to get to Deku’s hospital room:

The Baku Squad and Kisses (plus Iida Tenya bc I can)

ANGST TASTIC NONNIE!! DAMN!! I’m gonna do a drabble. Sorry if it’s not as long as expected. <3

Me, waiting for the new leaks to come out:

Me, laying on couch with tears: I just want to know if they’re okay……

this one was pretty fun to do i hope you like ittttt. the ending wasnt my favorite but i hope the rest of it was nice.

alright enough of my simping onto the prompt

Hanta was six when his soulmate first wrote to him.

He didn’t notice the words at first, but when he did, his eyes were glued to them the whole day. It was simple, really. Just a small little thing.

Hello. I hope your day is going well.

a/n: this was originally supposed to be all fluffy, but uhhh i lowkey got a little carried away towards the end? just a little bit. i hope y’all don’t mind, haha. also, i’m a little worried that iida might be a bit OOC in this. specifically, towards the end. if he does, i apologize 😔 regardless, i hope you’ll enjoy reading!

summary: you think about how much you loved iida after waking up in his arms early in the morning.

Why is Iida always carrying Todoroki in hero rising

like I’m not mad about it in the slightest

The first time I watched it I only noticed him carrying them away once.. but I just finished watching it again and like when they jump off the little cliff thing he is doing it again

OK BUT A CONCEPT 👀

ARE YOU GONNA SIT AND TELL ME I’M WRONG!?

BECAUSE I’M NOT! NO WAY WILL I HAVE ANYONE NOT AGREE WITH ME ON THIS!

I CAN’T EVEN BEGIN TO EXPLAIN WHY MY MIND DECIDED TO GIVE ME THIS THOUGHT OR HOW MUCH I NOW NEED TO SEE IT HAPPEN!

Fo sho homie!!! I actually ship them as well lol. I love my boi Iida!!

Bro seriously this is such a good ship 10/10 stan for clear skin and watered crops. Make sure to drink water babes!!! Also leave some shit in my inbox, i take requests :)))

please consider the speeds he’s moving at and that he is basically a one-man car crash. also please consider: my boy is built like a truck 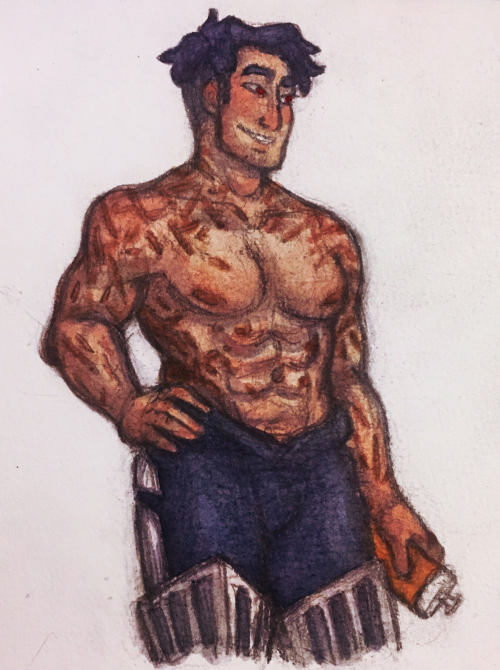 prompt/note: i wanted to a break between the AoT posts so i wanted to post a prompt about the BNHA bois forgetting about your birthday and them attempting to make it up to you. / the req status should be opened soon if any of you want to start of thinking of reqs you want to send me. fandoms and rules are pinned to the top of my blog. also, for any other blog writers, isn’t the beta testing their doing super fucking annoying.

A/N: All characters are aged up and pro heroes
Characters: Momo, Todoroki, Iida and Bakugou

You and Momo just recently meet on a sugar baby website and hit it off great. Momo wasn’t looking for sex and she didn’t force you to do anything you didn’t want to do. She took you on fancy dates, got you fancy gifts and enjoyed spending as much time as possible with you. Momo was the number three pro hero, right behind Bakugou and right before Shoto, so you two had to be very careful about how you presented yourselves when you went out in the public eye. Momo was relaxing with you over tea, something Momo did a lot with you, and she smiled as you talked. “Y/N, I know this might be a big ask but I would like if you would move in with me.” Momo said casually as if it were no big deal. “You don’t have to stay in my bedroom but just having you around would be nice.” On the plus side, you would be able to spend more time with Momo, live in a mansion, personal chef, a indoor pool, and much more. On the downside, you would have to part with your roommate who you began to really enjoy and it was a big commitment for you and Momo. “Yes.”

Todoroki was also not looking for a sexual relationship when the two of you meet. Over time however, you grew progressively more close with the number 4 pro hero and the relationship grew into something deeper than just meeting up for coffee. He never did anything without your consent though. He was very passionate and loved to please you. After a while though, the press began to get very nosy about his and yours relationship with one another. Todoroki was a bit stressed and had called you, letting him know he would be home late but to just let yourself in. Once he arrived home, he immediately went to take a shower after greeting you. Todoroki was obviously exhausted, having to work long hours the past several days. He got changed into his casual clothes and joined you on the couch. “I’m so sorry we haven’t been able to talk more. Work has just been very… stressful lately.” Todoroki admitted to you. He felt like he could be honest and talk to you about anything. “Y/N, I want to be more than just this. You don’t have to say yes but I enjoy your company a ton and I want you to be my girlfriend.”

Tenya Iida, number 7th pro hero, was madly in love with you. You had only meet Iida 6 months ago and boy was he head over heels. The two you agreed to keep your sugar baby relationship private but that didn’t last long when Iida started to proudly show you off. In his mind, he was completely ready to take the next step. Tenya made you a nice home cooked meal, got you some flowers and texted you to come over for dinner. He wore his best blue suit and as soon as you arrived he handed you the flowers and guided you to the dining room. Tenya smiled brightly to you as the two of you sat across the table from one another. Tenya cleared his throat, trying his best to not make a fool of himself, “Y/N, I know we’ve only known each other for a very short time but I would like to be your boyfriend, will you be my girlfriend?”

Bakugou was a great pro hero and you were his sugar baby. That meant exclusively sex. Bakugou wouldn’t go on dates with you and would only occasionally get you gifts but to Bakugou your and his relationship was sex and payment and he was damn good at it too. He was strict that you didn’t say a word to anyone about it and paid you extremely well. Bakugou knew that it couldn’t last forever like this and despite his strict talkings about not letting anyone know he secretly had a soft spot for you. He started out slow, introducing you to his close friends like Kirishima and the other members of the bakusquad. Once he noticed how well you got along with them, it was decided for him. He was gonna put a ring on that ass and he was very subtle about it too. Bakugou began to talk about you in interviews, not saying your name, until one day he uploaded a picture of you and him in his hot tub with you as his S/O, tagging you in the photo as well. Bakugou wasn’t subtle about much but this was for sure.

Pt. 3 coming soon with Bakugo! Writers’ block is kicking my ass rn, so I apologize :’)

===SUGGESTIVE UNDER THE CUT===

mha s4 opening but make it if that’s not love

no i will not be taking questions.