The Miami music and arts festival staple comes back stronger than ever, blending local and international acts

Wynwood- Inside Miami’s many gateway folds, lies a geographical pocket of mural adorned walls, warehouses and a new epicenter for Miami’s art scene. And while Wynwood has long since its established it’s importance to the music and arts scene, the yearly appearance of iii Points then demonstrates just how well a truly well orchestrated music festival can serve as a perfect example of the cities passionate music fans, as well as the strength of its own scene.

Which it has effortlessly done once again, in it’s 7th year as a festival and with a line-up that continues to get better through every evolution, including The Strokes (in their first South Florida appearance since their 2006 at the now defunct Club Cinema), Wu-Tang Clan, Tycho, Stereolab, Caribou and Robyn; as well as local favorites such as Donzii, Jaialai, Palomino Blond, Ghostflower and even more to come.

The festival, which will take place May 1st-2nd, is also offering ticket plans for new and returning patrons for a $9.99 initial deposit for GA ($99 full price) and $19.99 deposit for VIP, which includes expedited entry, exclusive amenities, drinks, food and more ($249 full price), both of which follow 3 payments after deposit.

Tickets go on sale today (January 24th) at 10am and while we always recommend new music experiences, we give iii Points our gold star recommendation. With no less than 5 stages last year, boasting a consistently great and balanced schedule each day, of not just international performers but the best of the local scene, it is truly a mix of something cosmic, wondrous and a pleasure for all senses.

Tickets and further information can be found here: http://iiipoints.com

Wow. III Points crushed it for 2020. I don’t use the phrase “crushed it” ever, but given that lineup… seemed appropriate. Quite a lot of depth here. Some mainstream, some expected, and a lot of surprises.

Might have to give it a whirl this year. 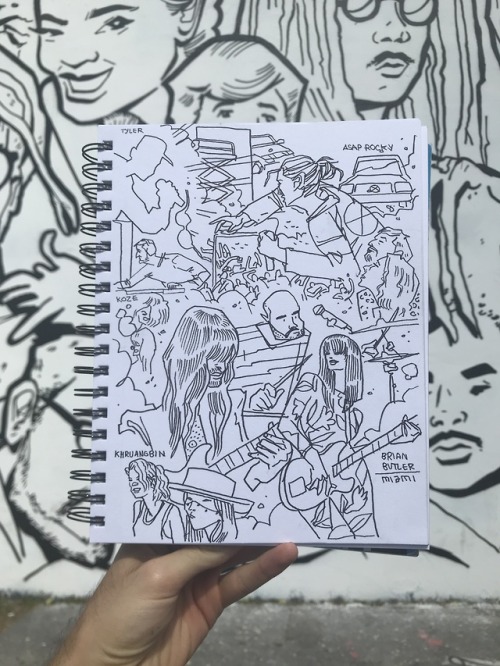 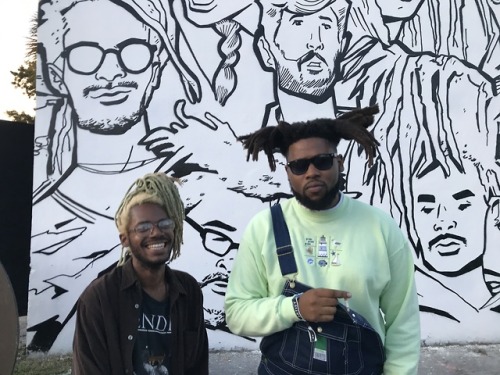 Peep my old midi set up. Went to GarageBand, which went to a looper by my left foot, then out to a mixer, then split out to my headphones/the house. 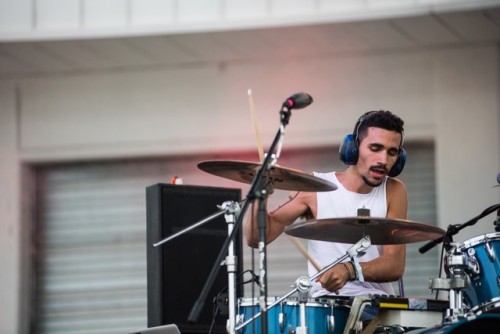 We on the left. 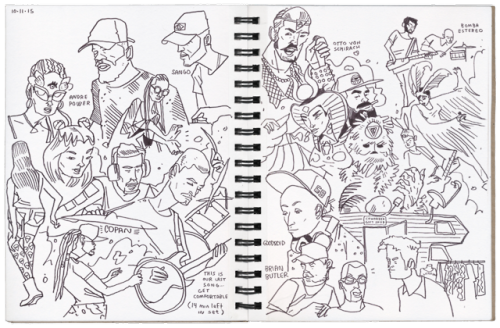 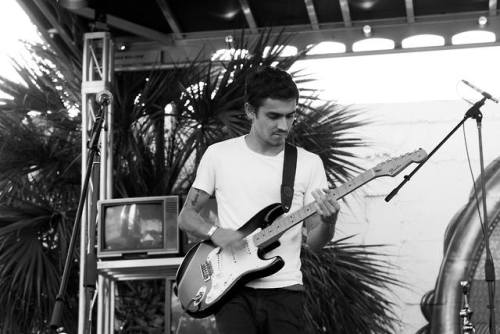 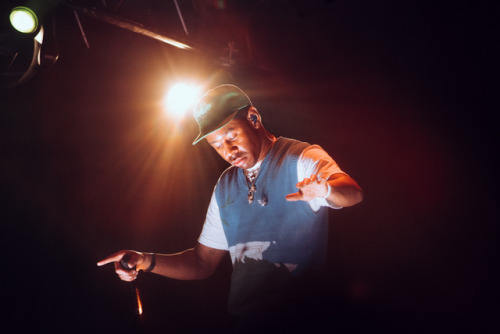 Tyler the Creator and A$AP Rocky at III Points Festival. 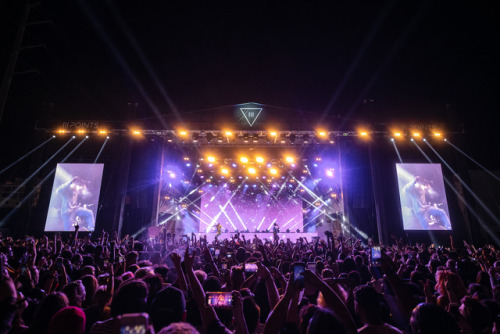 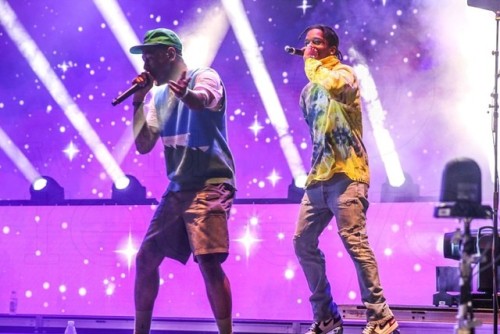 Miami- Art is for all the senses. There are so many to take in, in the human spectrum, that though one may try to describe it to the best they can, it still needs a pinch more.

The iii Points music festival encompasses all that and more, with the three day art and music blitz something that can only be described best as a playground for all senses.

Our photographer for the experience, Stephanie Vento, captured some truly spectacular images, many of which we couldn’t fit in our full review so we’re spotlighting them here, so you too, may treat your vision and maybe, just maybe, even envision the sounds and scents of this year’s iii Points.

The Miami music festival continues to live up to it’s reputation, and brings new life to Wynwood

Miami- Here, amidst the shadows of sunset lined warehouses and graffiti adorned walls, a Big Bang has happened. It’s quiet, occurring from underneath the worn parking lot concrete and pitched up tents but it’s present.

At a little after 8pm on this Friday night, the Wynwood art district has started it’s download of becoming a temporary supernova. There are entire worlds, planets, galaxies that would make HAL weep in digital tears. Or maybe, it’s always been here, refined and waiting underneath the cultural hotbed that is this city and it took a festival like iii Points 6 years to finally find it’s rightful home.

Previously having been everywhere from Bayfront Park in the popular heart to the city and before that, the blocks of Art Basel in it’s first humble origins, the Wynwood Art District venue is the result of a move from the city, as well as a new date and in truth, it feels as if it’s always been here.

It’s a playground for every one of the senses, not just enveloping you in the air and atmosphere of the impressively curated scheduling for the artists this weekend but making you believe that, wherever in this temporary galaxy you find yourself in, you are immersed.

The Boiler Room stage, bearing DJ selection that could arguably give Ultra a run for it’s money, the club is the Hacienda on steroids. It is a small warehouse space, flashing in red, blue and white strobes that somehow bears that unique club scent that is only found in the corners of your mind’s nostalgia or the best of hidden places. Friday’s opening night was just a warm-up, but the Disco Halal hosts did not disappoint, with acts such as Bakke and Will Buck spinning a wonderful groove with eyes projected onto floating moon statues in the corner. Just behind it’s doors, Sector 3, the open stage closed off from MindMelt by just a few industrial crates carried the rock and obscure; Miami’s Otto Von Scirach’s stage energetic stage performance consisting of the frontman wearing nothing but name adorned briefs, as a man in a rubber suit, drag queens, an astronaut and mirror outfitted dancers all join into the stage party.

And as strange as it sounds against smooth headliners such as Beach House or the quiet volcano such as Tyler, The Creator, nothing throughout the duration of the festival ever seems out of place. It is the encapsulation of 90′s New York, Chicago during the trance music renaissance, Madchester and yet still at it’s core, pure Miami.

Before Beach House’s set, should you venture over to the southern end and find yourself gliding across the smooth floors of Skate Space, with artist Haiiileeen’s light structure being the center of selfie attention, you’ll find yourself illuminated by the projections of various strobing images and artist and DJ alike in an elevated cylindrical podium looking above it all like a strange creator.

And it’s that spirit that makes iii Points so inherently unique.

It takes the known decadence of the city, such as Fooq’s dinner and a show addition of a 3 course Mediterranean dinner perched high enough to see the MindMelt Main Stage, and forces it into the artist’s den; into the Fantasia like silhouette projections of Beach House as they opened with “Dark Spring“, taking everyone into the ambiance. It’s a smooth, crisp performance, narrated perfectly by the duo’s humble synchronicity; leader Victoria Legrand’s dream inducing vocals and Alex Scally’s perfect ability to carry both her and the melody along for this starry adventure.

Or the intensity of the city with closing headliner Tyler, The Creator; adorned in his signature angler hat and shorts all the while carrying a fire that only few have managed. Further proof that his origin, the rap collaborative Odd Future  which has born some of the most known names in recent hip-hop history, was truly a powerhouse. And it is what the frontman projects, playing “Where This Flower Blooms“ to a captivated crowd in what, for all intents and purposes, is a parking lot with a crane, carrying a giant disco ball. And though this all should seem strange, it isn’t. Far from it, the atmosphere in this temporary galactic bubble is so potent that it’s transformative as the music that hovers all in the air.

Should you prefer that hidden beauty that was mentioned earlier, Main Frame, the air conditioned indoor warehouse venue that is what the Hacienda might have been would New Order have started in Miami (which, is an interesting thought to think of), had everything to offer. From Toro Y Moi’s packed DJ set to performer and lightplay artists, Nonotak’s captivating synchronicity of light choreography in their performance of “Eclipse” and the pulsing echoes of EDM.

Odd and captivating as it was, with no one being able to look or walk away from the performance, it still did not steal the limelight from the quiet headliners of the night, Pussy Riot.

The political and punk group has had it’s share of headlines, mostly in protest of the quiet and gripping power of their Russian home government; gaining a large portion of their notoriety from the wrongful imprisonment of members Maria Alyokhina and Nadezhda Tolokonnikova, prompting a hunger strike from the members who were also being held from their children.

And that passion; that unending fight against what should never be accepted as normal, is more than just present in Pussy Riot’s music, it’s what makes up their entire set. Arriving in white ski-mask, frontwoman Tolokonnikova is joined by Russian government costumed dancers wearing the same mask against an entrancing, pounding and occasionally violent beats like “PRIZN“ before sliding into a smoother track, with yet equally as much bite, and Tolokonnikova taking off her mask, following a video displayed message that ironically was unable to be captured by our cameras. The basis of which stated that the collaborative are still under the ever watching eye of their motherland, and that quiet protests still must be approved by the dictatorship that is still silently acknowledged in fear; and that though new music is coming, due to the content being against the government, they will most likely be once again, imprisoned. But that they still would not stop.

It’s a powerful and intense note to continue playing to. In this turbulent political environment which grows more and more closer to satire publication The Onion becoming an actual news outlet due to the rapidly growing sad brevity of the news, it’s all you can do. Refusal to accept the restricted; to continue the challenge the unjust, the wrong and the tired challenge that comes with fighting it. This war never ends, and it isn’t won or finished with bombs or firearms but art in the form of Molotov cocktails of graffiti, performance art and performances.

The revolution will still not be televised, but it will be experienced. And it’s something that gratefully, Miami is once again becoming the home for.

I just got home from iii points………

#iii points, #miami, #wynwood, #virtual self, #beach house, #tyler the creator, #the internet, #IM SO EXCITED TO SEE DADDY AGAIN, #IT'S BEEN A FUCKING YEAR SINCE THE LAST TIME
1 notes · See All
2tuffPhoto 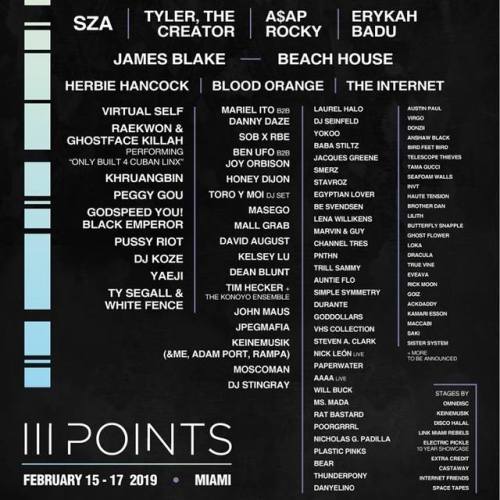 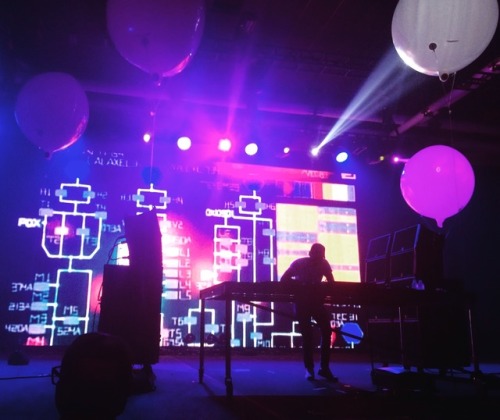 #it’s from back when I went to Miami but I really like the pic so y’all shush, #kaytranada, #mine, #iii points
1 notes · See All
feeling-trippyPhoto 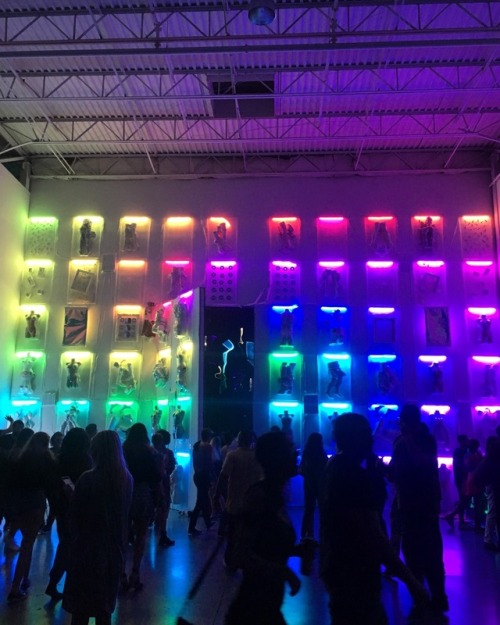