To me, this dissociative identity disorder seems like when you cactus/plant clipping and grow that clipping into a new plant, each time representing a new personality that develops. The trimming of the plant might represent trauma or something that causes a split.

Then, it’s also like when you partition a computer’s hard drive to have multiple partitions. It’s quite interesting.

The dancing Plague of 1518 happened in Alsace, at the time The Holy Roman Empire, and reports say between 50 and 400 people danced for days.

So everyone in the house but my dad and myself have fallen ill, they are confined to their rooms, but fuck me is this illness making them so demanding

gonna cry myself to sleep tonight but its fine im fine

The Heart Shows No Signs

The heart, the surgeon says, does not reveal

the small rifts, the hairline cracks which

and robbers in a stretch of skin flaunting

star-scars with show of blood bone

the ledges of what it holds tight in checkmate

moves: bend this and break

fight first and bleed to earn

the salvation of sight Behold what beauty

lasts, what outlasts itself The curtain

calls the ovation Seize the beginning

that ends this way: off center stage above

All is dark. Listen a kommos sung solo

It is too late to repair anything.

#poem, #poetry, #ru freeman, #the heart shows no signs, #mourning, #illness, #healing, #grief, #i dunno what this one means, #but i like how it sounds
0 notes · See All
kirisaki-daichi-scenariosAnswer
I havent been in the best health lately and due to that I'm curious since you write the bad boys so well. Can you do headcanons or small scenarios for the kiri boys, how would they be/react if their fem s/o passed out randomly and they find out shes sick ^_^ please and thank you xo i just love your writings

So.. things have been crazy to say the least. A lot has happened in my life. I am starting to realize that my body is a ticking time bomb. I have Hidradenitis Superativa. I’ve known pain for so long, I’ve become a great actress. Hiding my throbbing pain and putting on a smile has become part of my nature.

But all I have is me.

So I have to make the best of it, and learn to work with it. Almost like coexisting with myself. How evil.

You can do this Chantel. You have to.

#hidradenitis suppurativa, #chronically ill, #i am ugly, #spoonie, #illness, #mentally unstable, #mental instability, #depressed, #anxitey, #i hate being sick, #i hate everything, #i hate her, #hate me, #hate
2 notes · See All
rabbruad1Photo 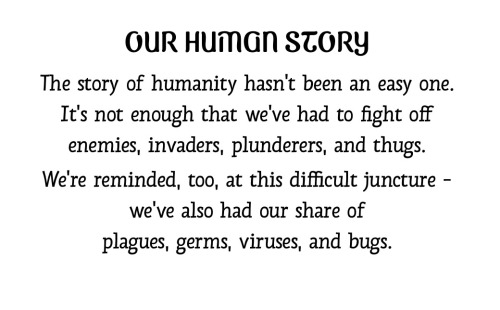 I was at the hospital

I wasn’t dying but it sure felt like I was

A small gig, but it meant a lot to you

I was gonna be admitted, my heart wasn’t healthy

“Sure” I said, because you come first in my priorities

I felt the music in my heart, this time literally.

It was too much to bear, but it was you, your music, your moment.

At the time it was over, all I had left was a sharp pain in my chest

That and your smile.

I would do it again just to see that smile.

That night you told me you loved me, “I love you too”, I said.

Of course, we don’t agree in the way out love is felt.

I could die for you, you could watch me die

#not corresponded, #sadness, #depressed, #sad, #illness, #chronically ill, #poetry, #poem
3 notes · See All
1heartsickficsAnswer
Im so glad you’re still accepting asks! Im doing online school right now too and it’s very time consuming :( I read your fics as my study break ❤️ I was hoping you could write anything with Steve sick with a fever and puking?

Hi, thanks for this request, I love sick Steve! Hope you’re online school is going well, I know it’s a difficult transition, I’m dealing with it myself as well, but we can do this!

This ones pretty short, so sorry about that. Also it’s a non hero verse AU situation. They’re just normal dudes who live together, you can decide if they’re friends or if they’re romantically involved. Hope that’s okay!

Steve trudged down the hallway, feeling heavy and sluggish, like his legs didn’t want to move. He forced himself to turn the corner toward the living room, where he knew Bucky was playing video games.

“Buck,” he said, the word spilling from his mouth, just before a gush of his stomach contents followed.

“Shit, Steve, what the fuck?” Bucky jumped up from the couch, pulling his headset off and tossing it onto the floor. He moved to Steve’s side, who was now hunched over, ralphing all of over the floor, to rub his back. Steve’s shirt was damp with sweat, he obviously had a fever.

“Sorry,” Steve coughed between heaves, continuing to add to the mess on the rug.

“S’okay, just get it all up,” Bucky sighed, shaking his head.

Steve gagged up another mouthful of sludge, then let out a loud belch, and finally seemed to settle. He remained bent over, bracing himself on his knees and breathing heavily for a moment, before he let Bucky manhandle him upright and drag him over to the couch, depositing him unceremoniously.

“I’m gonna clean that up, will you be alright for a minute or do you need a trashcan?” Bucky asked.

“I dunno,” Steve shrugged, curling in on himself, eyes drooping shut.

“Alright, well it’s here just in case,” Bucky said, dragging the can over to sit in front of him anyway. He didn’t want another mess to clean up. He grabbed a blanket off the back of the couch and draped it over Steve, who looked even smaller now than he normally did, all pale and sickly. How this boy managed to get sick so much is something Bucky would never understand.

Steve let out a queasy sounding belch into his fist, muttering “s’cuse me, m’sorry” after.

“It’s fine Stevie, your stomach ain’t feeling good,” Bucky shushed him, getting to work on the floor.

By the time he was finished, Steve was fast asleep, curled practically into a ball in the corner of the couch. He had an arm draped protectively over his stomach, which Bucky took as a sign that he should leave the trash can where it was, and sat down next to Steve to resume his video game, making sure the volume was low enough that it wouldn’t wake up the poor boy. 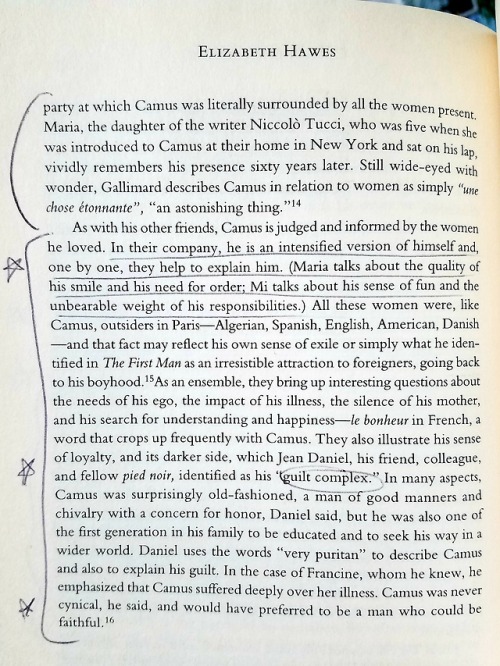 Hi World, how are you? I hope you get better than yesterday.

To the World, who has fighting this illness in any situation I hope you get better than now. I know we can survive this situation together, please be patience and don’t selfish to your own self. We can make the world better again after we survive together.

To the paramedics, thank you for helping us. I’m so sorry you have to standing outside to make sure the patient will be healthy again and you can’t stay at your home with your family now. But I know the patient won’t never be forget your kindness to save them.

To the anyone who has helping each other, thank you so much. Saying thank you one hundred times not making the patient or the world getting get well, I say that because I see humanity in your own self.

To the World, please wait for a while. You can heal.

Last night I was taken to emergency by ambulance from the psychiatric ward due to my chronic pancreatitis and sphincter of oddi dysfunction. I was having multiple attacks which should not have happened. Approximately a month ago I underwent another splenic nerve block on T12 on my spine which leaves me pain free for 3-6 months depending on how I react to the injections in my spine.

This is so disheartening knowing it didn’t work as it is by far the most painful procedure I have undergone and unfortunately I need to be awake during. So Wednesday morning we are trying again at 10.30am! Only two doctors perform this procedure in ACT. So I was lucky to get in ASAP to undergo it again. Not looking forward to it, it hurts like absolute hell but to be pain free for even a month is a blessing.

Fighting our demons through the night together. I am back in the psychiatric hospital after getting pain under control for now. 2 more days! Fingers crossed 🤞🏼

Be strong angels, you have such strength within your souls. Sending all the love my body can withhold to your beautiful hearts.

yoongi holds the dragon at arm’s length, staring at it like he’s never seen a dragon in his entire life, and jeongguk giggles again, muffling it with a hand over his mouth because it shouldn’t be funny, but it is. min yoongi, the fearless dragon rider, winner of several championships and owner of the ferocious grimfang– terrified of a dragon that fits in his hand and can’t do anything but make a few noises. yoongi has plenty of scars himself from training accidents, crashes, run ins with dragons that don’t like him. but he can’t hold a baby. “stop laughing at me!” yoongi says finally, sending a glare to jeongguk, who only laughs harder. “it’s– stop it! it’s weird, i don’t like it. it’s so small, how to i know it won’t like, take a shit in my hand? or try to eat my finger?” (or: yoongi is a dragon rider and jeongguk is the tamer who raises his dragon’s babies. something else is born along the way.)

tagged: falling in love, fluff, dragons, how to train your dragon

Jonmartin sickfic in transcript format. Takes place somewhere between the s5 trailer and episode 161, probably. Some kind of dystopian…domestic…fluff, I guess?

[THE BACKGROUND IS A CHURNING UNDERCURRENT OF HAUNTING, INDISTINCT SOUNDS, DISTANT HOWLS AND SHRIEKS, THE DISCORDANT TONES OF A GROANING, UNEARTHLY WIND OUTSIDE THE COTTAGE WALLS, MUFFLED BUT CONSTANT.]

[THE SOUND OF AN OLD SOFA CREAKING, A SOFT RUSTLE OF FABRIC AGAINST FABRIC AS SOMEONE PULLS A BLANKET TIGHTER AROUND THEIR BODY]

[WE HEAR THE ARCHIVIST BREATHING. HE SHIFTS, SWALLOWS, CLEARS HIS THROAT WITH A THICK, PAINFUL LITTLE CROAK. HE SNIFFLES DAMPLY, ONCE, THEN LETS THE BREATH OUT IN AN IMPATIENT SIGH]

ARCHIVIST: Really? Now? This? Surely there are more appetizing miseries out there for you to listen in on? No? [HE SNIFFLES AGAIN, WITH SOME EMPHASIS] Suit yourself. This is as exciting as it’s going to get.

#I wrote a thing, #jonmartin, #sickfic, #TMA, #asexual jon with the kink but also sick because why not, #fanfic, #illness, #my writing
31 notes · See All
Next Page