Me: *After coming up with the Original Athy×Angra Mainyu ship* omg, wtf brain.

Also Me: *comes up with a whole ass plot revolving around them, starts creating some future romantic fluff, and starts getting knee deep into the Fgo game for the sole purpose of finding out more about Angra*

#idea dump, #ramblings of a sleep deprived girl, #spoilers, #who made me a princess, #fate series, #original athy x angra mainyu, #original athanasia, #angra mainyu, #ive lost it, #send help, #im not kidding about the plot, #i really came up with a whole ass story for this, #it has a title and summary and everything, #ive descended into madness, #im suffering, #im sorry, #crackship
0 notes · See All
rambleoncasAnswer

they have emotionally manipulated us, have tried to get us to believe that we’re seeing things “wrong” or misunderstanding things that have previously been confirmed. their actions have sent multiple people—so many people—into my ask box questioning themselves as to whether or not they’ve been imagining things, wondering if the confession was even real to begin with, if they were stupid for believing they saw themselves represented on screen. that’s gaslighting.

they have also lied. they’ve kept things secret, they have ignored us, they have censored queer voices, and they have twisted the truth. they silenced us. it’s unacceptable.

#im sorry, #i got emotional for a moment, #i didnt mean to take my anger out on you, #i just wish you could see my inbox, #because every time i do my heart hurts so badly for everyone who is in pain, #spn, #destiel, #supernatural, #misha collins, #ely answers
180 notes · See All
lunadragongem01Text

@wonhaebunny pls ignore my fuck ups while making this. I love Blackugou Widow and I say more fanart.

The fact that Misha says he fought to have his role on the show leave a legacy…. I think says a lot about the working environment these guys had to plough through each day.

We know Misha has always been the spn scapegoat, that the writers and producers and execs have always *used* the fact that Misha is a fan favorite to their favor.

Whether Misha’s latest attempts at placating the fandom stem from a corporate need for intervention or from his own desire to simply help…. I think shows the underlying fault. That it sometimes falls to the actors themselves to help navigate fan reactions says a lot about the network, and the show, that they represent. It would take but a minute for one of the writers or producers or network execs to say hey, sorry for the confusion but there is no discrepancy here, there’s no conspiracy or an under handed play of fans’ emotions.

Instead, we get silence from the higher ups and Misha paddling his little raft through destiel waters. I mean, he tried but I think this goes to show that to some extent both he and Jensen are still struggling with how to deal with this situation, with a scene being so heavily reconstructed to fit network criteria and with their hands being tied by legalities.

I imagine both of them are hurting. Jensen especially since he is clearly giving the silent treatment in his own reaction, or lack thereof, to the last two episodes other than a slap in the face IG post re: the nail that HGTV forgot.

It’s a slap in our face that we have to deal with these seesaw emotions over the past few weeks. It’s rather grueling and exhausting process; Being a fan of destiel, heck spn itself.

I don’t even know if this is making any semblance of sense. I’m frustrated and angry and tired at the way the supernatural execs treat us. Eric Kripke saw potential when he saw Misha in that first episode. The writers saw the chemistry between Jensen and Misha and incorporated into Dean and Cas….and it fit!

Is it so hard to just admit that yes, destiel is canon and be done with it and let the fandom carry on the legacy of supernatural?

I feel awful for doing this but I can’t find the juice to say to finish Senseless, I think I’m better at one shots with a few parts because it feels like my brain melts anytime I try to write a long story, hopefully one day in the future I can finish one but for now I’m going to stick to one-shots with the occasional few parts if I’m feeling it. I’m so sorry to anyone who liked the series but it just isn’t working and I want to put my best into my stories for everyone.

no yes thank you this is okay because i need a little break anyways!!

if i’m honest i’m pretty down. not because i believe that misha had bad intentions or that he really wanted to invalidate us, because i don’t…but just the mix between hearing him say it, knowing that he was probably forced to say it, and thinking about how he’s going to get a lot of hate over something he can’t really control….i don’t know, it just makes me sad. i wish he wasn’t always the scapegoat.

Haven’t drawn or been able to write in a minute and for that I’m sorry. Meanwhile Comic enjoyed his break.

Forgot how to skeleton for good month. Haitus hopefully done??? :0 ….Im sorry, life is….a mess. Nevertheless I missed you all and I hope you’ve all been doing well. 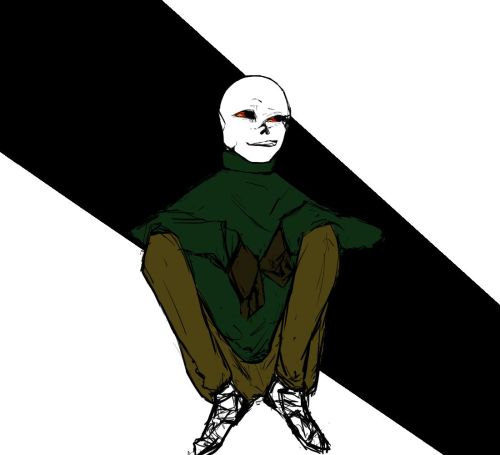 i havent slept or ate properly in 3 weeks and now they wanna pry bi dean from my hands as if I haven’t waited for this day since 2013.

FUcK YOU IM UNHINGED. COME AT ME. WE’LL SEE HOW YOU SURVIVE. ILL BARK.

#.txt, #this was supposed to be a joke i dont want anything thinking im actually not okay fdlskfjdsklf, #IM SORRY, #🥺🥺🥺
10 notes · See All
ryanmurphyhateText

#like everyone I follow just gets a rush if spam, #im sorry, #but not really
1 notes · See All
screaming--agonyText

You are a despicable person.

#dear diary, #you make me sick, #im so done, #i feel sorry for you, #toxic people, #ugly personality, #it took awhile but i finally let you go, #im sorry, #it shouldnt be so hard, #pretty face ugly personality, #stop bullying people you care about
5 notes · See All
littlekatgirl0Text

Due to my family bringing me out to Costco, spending 3 hours there for the deal on phones then somehow taking away my Sim Card on my phone, thinking I would want my dad’s old phone, I didn’t. Even though his phone was a newer model, I grown attached to my older model phone. Due to this misunderstanding ( he didn’t even ask me! ), it took an additional hour to sort this out.

So the You’re Happier, Aren’t You story, it will come out later than planned. Sorry for this inconvenience.

#im sorry, #it shall be here soon, #i promise
0 notes · See All
cottagecrypticText

#me: pours my heart and soul into a gift, #recipient of said gift: picks it apart for the inconsistency, #ahaha i love you but thanks to that - even tho it was in a joking manner - i spent an hour crying otw home, #i. had no idea how to make a plush. have never made a plushie pattern before. had never created anything like it!, #and because it didn’t have gills THAT I COULDNT DO ANYWAYS BC MY SEWING MACHINE DOESNT EMBROIDER, #and the fact that the pattern is quote just a bunch of triangles and is not a big deal, #im sorry, #am i a joke to you, #does the effort and care that i put into this mean nothing, #who fucking cares if its not accurate, #IT HAS LITTLE SHARKS ON ITS BODY, #ITS UNDERBELLY IS BUMPY TEXTURED, #NONE OF IT IS ACCURATE, #i just wanted to do something to show you my love but ha!, #fuck me i guess, #tez talks, #vents, #vent, #dont rb
0 notes · See All
thecringeworthybarisaxText

Tumblr mobile keeps glitches out and it trying its best to send random post to random people??? Also, the time stamp moved again

#it i send you something, #im sorry, #actually merry Christmas its your gift, #tumblr mobile, #mobile tumblr is shit, #please stop
1 notes · See All
dogboyseccoText

I’m so sorry to anyone who doesn’t like Cioccolata

#im straight up combing thru the tag and moving to the next one when im done 😔, #im sorry
2 notes · See All
wherdtonygoText

this has been done

So the rest of the month, things look like this:

Thursday, 11/26 - [migraine] ‘all that’s left are your bones, that will soon sink like stones’, MCU, a post-’alone amidst the ruins’ fic dealing with one bit of the aftermath

Friday, 11/27 - [earthquake] ‘making waves in pitch black sand’, Into the Night, pretty much exactly what it sounds like

Saturday, 11/28 - [alt. prompt 8 - adverse reactions], Into the Night, also pretty much exactly what it sounds like (I wasn’t sure where to put this alt prompt…I figured the 28th was like…close enough to 8? idk haha)

Sunday, 11/29 - [intubation] - ‘feel the ocean as it breathes’, MCU, a short tag to an older fic of mine, I think it makes for a nice conclusion to the series

Monday, 11/30 - no more fics! that’s it for whumptober 2020! but I’m planning on responding on Monday to all the comments that I’ve let build up in my inbox.

I had…four more prompts that I really, really wanted to finish but it just…didn’t happen. November was, I think for a lot of us, sort of a tough emotional ride. (and aside from all the election/pandemic hitting a head stuff, I had some personal issues that came up that just made writing…not a thing that I could prioritize). I’m hoping to finish them…soon, but also I think not setting myself hard deadlines is…a good idea. So I can’t make any promises about when I’ll finish and post, but hopefully soon. And a few that I had good ideas for that I didn’t have time to make headway on, that I’m actually hoping to combine with some of my Bad Things Happen Bingo squares (considering some of these ideas had started as BTH squares - notably ‘migraine’ actually, started off as filling one of those squares but I thought of another idea I wrote faster so I ended up shelving it and reusing it here. you’ll kind of see where they were combined.)

So yeah, hoping to sort of…chill for the rest of November and get back to writing as soon as I can.

#look, #like, #i know why people follow me on tumblr and i know everyone wants more mcu fics but, #idk it just didn't happen, #i'm having a bit of hard time with inspiration right now, #i know people wanted more mcu fics, #im sorry, #i was really inspired by an apocalyptic airplane show, #what can i say, #Anonymous
2 notes · See All
strawberryandspiceandchocolateText

I really don’t know why, but I’m almost on the verge of crying and idk what to do