Trending Blogs
#imagined
curiousartemisLink
It Runs In The Family - Imagined - The Hobbit - All Media Types [Archive of Our Own]https://archiveofourown.org/works/16709665

This is SOOO good ❤❤❤ A nice short little story (9k words) wherein Bilbo is hopelessly in love with Thorin but convinced the king has fallen in love with his far handsomer and more talented cousin.

#bagginshield, #it runs in the family, #imagined, #ao3
10 notes · See All
unikittygirl123Text

I guess my memory is fixed. And I actually imagined the Eddsworld gang trying something stupid XD

Chromo | The imagined image of color

You can now request for the sidemen as well :)

Man: All she cares about are her bloody plants. Now there’s soil everywhere in the house.

Woman: Well can’t you care about anything other than yourself?

A/n: okay this take an inspiration on something, and its an what if scenario “ what if Jäger meets a child who is immune to the Chimaera virus ” and the inspiration comming from resident evil 2 and a little of last of us. Hope yall like it, and P.S. I’m using mobile so bear with me

Jäger running for his life as it is after the chopper crashed, he knows he’s is hurt but he can’t afford to die when he already send a distressed beacon to his comrades “ just a little longer… ” he said to himself as somesort of encouragement before taking a short brake at a secure area, as he looked at his injury he cursed in German and try to attemp to patch himself the best he can, till he hear something, in instincts he pulled out his pistol and pointed to where the sound is comming from

He breaths steady a much as possible and try to focused on his target with semsi blury eyes, and what got him to get out of his train of thought now what it is but who, a little girl in ragged up pajama and bear footed with some scratches, seem she was running, but over all she seem to be not infected in anyways that he could see; slowly his mind starts to clear and he lower his gun from the scares child

“ how you here? ” He said, not good with children but his instinct to protect civilinan that he is seeing as he beacon her to come over to him, “ Come… Not safe there ”

He picked up and answer, “ Ja, I’m here ”, as he tells him on the location he is heading for evacuation

“ there a survivor, she seem to be not infected from the virus ”

All he got is a small nod from the child, as he gets up with a painful grunts and looked out for the all clear before pressing forword with a child with him as they walked to the location that he said and try to make small conversation in a small brake they have at the half way point

“ what’s your name? ” Jäger asked them

It taken the two a good muinets just to get there, as the German man legs give out from his injury from the crash and crawl to a wall to prop himself as they both hear the infected screams

“ monsters ” (yn) say shaken in fear and closed to crying

As the German held his gun up and keep the child closed “ stay brave, my friends are comming ”

They not to sure about that, as they hear some uncertainty in his voice and a slight shake of his hands on his pistol

He keep his guard the long he can while slowly getting a bad blood loss, in the right moment the rescue team has come and fighting off the hords and getting to their location, giving the two a sigh in relifed but its not the end as they have to faced the terror that is going to be before they leave out alive

As the others came in the room they are been, Doc, check on the two for any at risk injury as they hear the last wave

“ Keep them in line! ” Ash yelled as she starting shooking any that got closed

“ Baracade the walls! ” Montagne yells as he sealed any open walls the best he can along with Lion whom is using his gadget to take down any gugernut like infected that is charging at them

As it a good fight till their evacuation came to pick them up “ Let’s go! ” Lion yelled as he’s on guard

Ash helps support Jäger on walking while Doc has the child in his hold, as for Montagen as he’s on guard as well till they all got in the chopper and leaves the hell hole

The two are in a containment room as the team trying to getting to get the cure to manufacture and distributed; but to their luck they found the doctor who have sample and helped on

( A/N: hello, sorry for not be updating for a bit, thing’s has bern hectic n sutch, and redirecting some of original writing at my other blog @kitty-chan33 where it mostly a random base post; so here something fluff to set thing on going )

It another peaceful day in the small house in Canada the cat purring in their slumber and the two elderly dogs sleeping on the couch, while Cara making dinner before her adopted child Alice return home from school

As she been distracted, two strong arms warp around her small waist to give her a hug

“ Hello,Luthor, done with the farm? ” She asked her now husband with a smile, as she gotten a small chuckle and a cheek kiss

“ Yes, Kara, the sheeps seem to be stubborn then usual since it’s almost shearing season ” He give a small playful pout to his wife when she pat his large hands

“ they are stubborn animals Luthor, but they are cute ”

On the meantime of preping dinner the two are having a bit of fun in the kitchen, telling jokes, Luthor steal some ingredients from Kara to mess with her. Soon as dinner is ready they both hear the door open to see a teen Alice looking at them

Both adopted patents laugh as they both cover in food stains and the kitchen in a bit of a mess, Alice just rolled her eyes but see how happy both of her android adopted parents are, thinking on how far the three been through and the challenges they passed just to be happy, as the revolution in Detroit that gives androids the rights of free will, as soon as Alice dressed comfortably they all eat and chat; despite Kara and Luther don’t eat, the thoughts count for their human daughter

“ It went grate Dad, I got an A on my math practice test ”

Kara looked proud for her “ that’s good to hear, just try not to stress so much ”

“ I know mom ” Alice rolled her eyes playfully at Kara

“ she’s not wrong Alice, you do sometimes stress yourself when it comes to work ”

Soon when the time came to a closed, it’s just Kara and Luthor sitting at the couch and sitting in silences of the warmth of their home, but Luthor looked at his wife and see she looked troubled

She sigh lightly “ I’m just worry… ” patting his large dark color hands as when hold both changed to their original “skin” of what body they are been design and created on the sole poruse before defecting, as the large android sigh and lean his head on hers gently

“ I know Kara, but look how far we came, look at Alice, and with the trusing people like Rose we wouldn’t come this far ” he kissed her head “ I would not imagine if we haven’t or didn’t meet ” he thinks it over and what scenario he thinks are not good, as the female android pat his arm

As they sat in silent they closed their eyes and thinks what bright things the future comes, as they loving and cherish of the peace

Once upon a time there was a society of priests who built a Celestial City with gates secured by word-combination locks. The priests were masters of the Word and, within the City, ascending levels of power and treasure became accessible to those who could learn ascendingly intricate levels of Word Magic. At the very top level, the priests became gods; and because they then had nothing left to seek, they engaged in games with which to pass the long hours of eternity. In particular, they liked to ride their strong, sure-footed steeds around and around the perimeter of heaven: now jumping word hurdles, now playing polo with concepts of the moon and the stars, now reaching up to touch that pinnacle, that splinter of Refined Understanding called Superstanding, which was the brass ring of their merry-go-round.
In time, some of the priests-turned-gods tired of this sport, denounced it as meaningless. They donned the garb of pilgrims, seekers once more, and passed beyond the gates of the Celestial City. In this recursive passage they acquired the knowledge of Undoing Words.
Beyond the walls of the City lay a Deep Blue Sea. The priests built small boats and set sail, determined to explore the uncharted courses and open vistas of this new terrain. They wandered for many years in this manner, until at last they reached a place that was half a circumference away from the Celestial City. From this point the City appeared as a mere shimmering illusion; and the priests knew that they had finally reached a place Beyond the Power of Words. They let down their anchors, the plumb lines of their reality, and experienced godhood once more.
Under the Celestial City, dying mortals cried out their rage and suffering, battered by a steady rain of sharp hooves whose thundering, sound-drowning path described the wheel of their misfortune.

At the bottom of the Deep Blue Sea, drowning mortals reached silently and desperately for drifting anchors dangling from short chains far, far overhead, which they thought were lifelines meant for them. 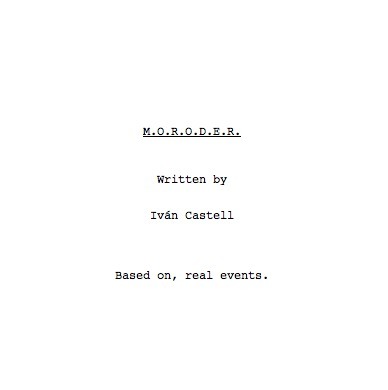 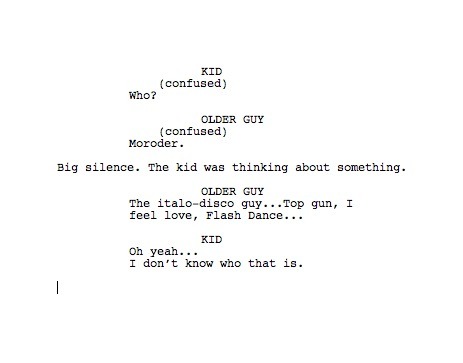 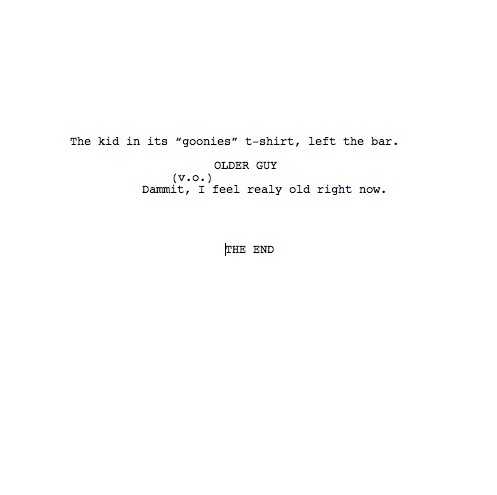 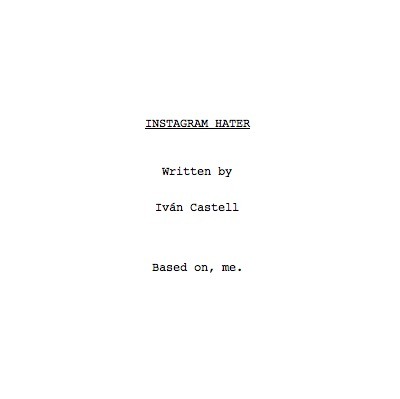 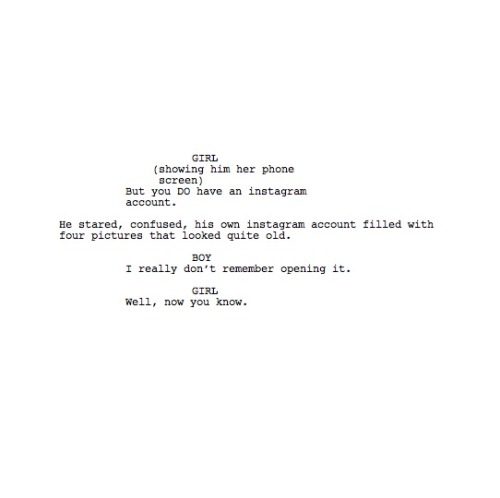 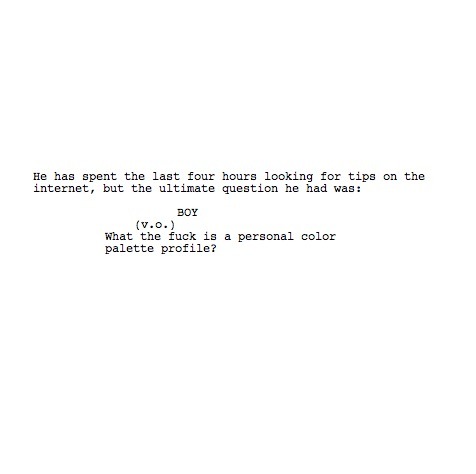 If only, what if, day spent dreaming, head in the clouds

To think of what could have been, what may be

To fantasize of all you could do, say, act like if you were not you

The luck of the draw, pulled the short stick, dealt such a hand…

To live as we are, each of us wanting to be different in some way

Wishing, hopeing, dreaming to change will only leave you numb

Take care of who you are, take on that you deserve to be happy and at peace no matter who you are

image: Imagined creatures that come out at night drawn beautifully by …

Let me know what you think and pass the thought along.

Fear is the result of an unquestioned past imagined as a future.

From “The Book of Barely Imagined Beings” by Casper Henderson. 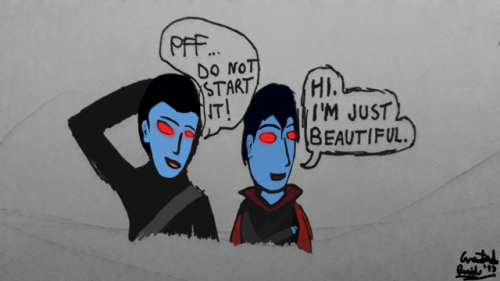