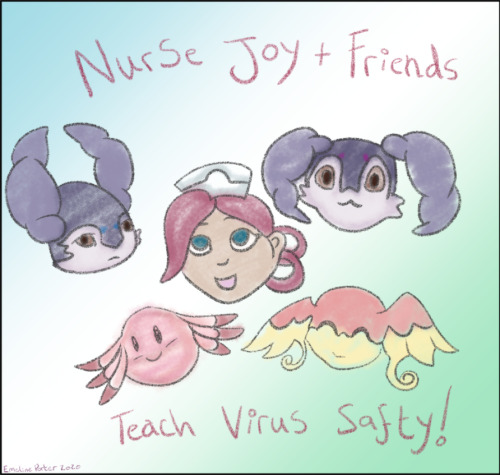 The rival pays a friendly visit to our friend. The family maid, however, didn’t find his name in the guestbook, so… OUT! 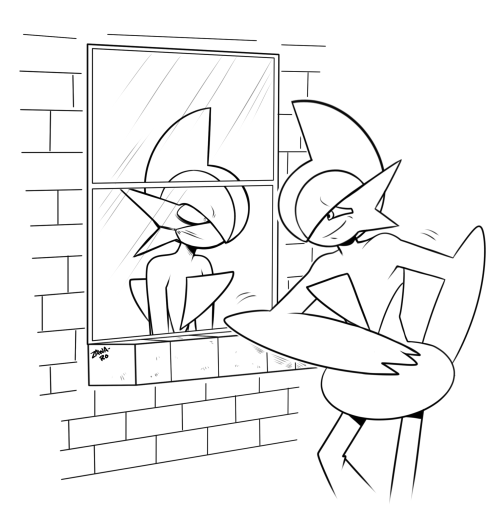 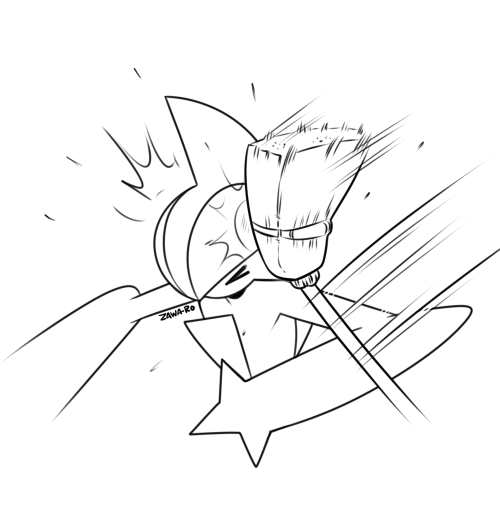 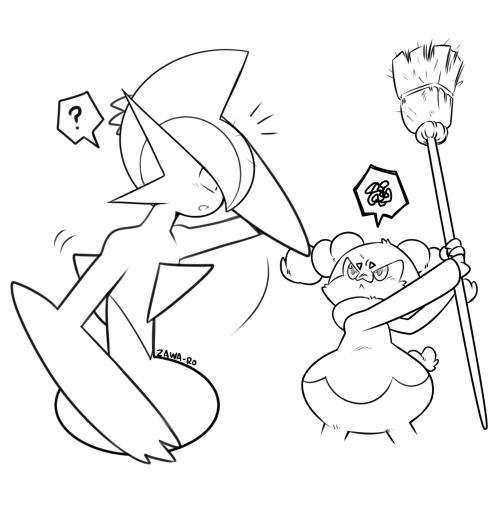 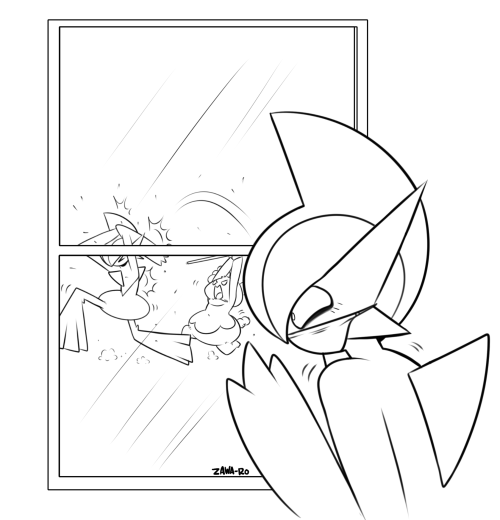 Maria is an Indeedee who has always wished to help others through any means, often taking from her parent’s idea of helping whenever necessary. This has led her to partake in babysitting related jobs when she was old enough, but didn’t last as long as she hoped when the worry of handling destructive and rowdy children was starting to pile on. Without being able to bring herself to calm these children down, and the parents often taking out their disapproval on her, she decided to leave the babysitting to those who are stronger than her. Maria has found a few parents who would love to help her continue babysitting their children, but she usually only does these when she’s given word in advance and time to prepare. One form of help she has stuck with through the years has mostly been through Poke Jobs, volunteer-based jobs that pokemon can sign up to help out for a set amount of time. These jobs have often been both a source of income for Maria as the hours put are rewarded accordingly, and has been a way for her to meet many of the pokemon she knows today. With each job taking part in a different company, it’s easy for her to come across a familiar pokemon more than once. These jobs have often even been used as a way to further increase her psychic capabilities which were lacking in the past had it not been for the Poke Jobs further pushing her. While Maria is still afraid of the idea of battling, she at least feels happy to help if she finds a team looking for a teammate that could use the help. At least as long as she isn’t busy usually. 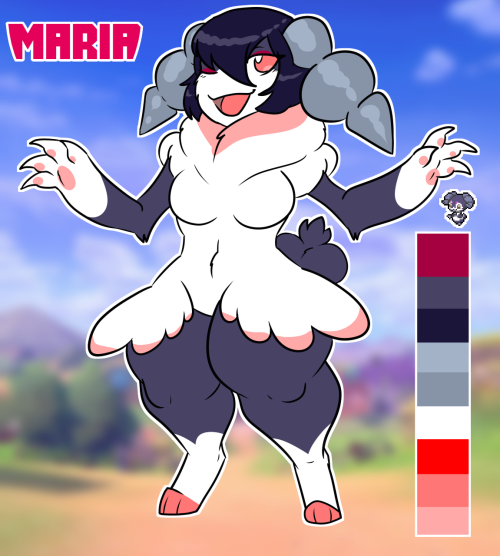 #Pokemon, #Character, #OC, #Design, #Reference Sheet, #Indeedee, #Female, #Anthro, #Pokemorph, #nataliesartprofile
1 notes · See All
pokemonswshbutionlyplayedswordAnswer
What would happen if Hop didn't get his first Pokémon by Leon? Rather, that Pokémon was drawn to his emotional presence? (And maybe not necessarily it's a Wooloo, it can be a different Pokemon like a Budew or Rookidee)

So this is assuming that he still gets the one you get in the game. But Hop is very open and emotional. He cries easily, but he’s also very happy/expressive most of the time. That would mean that the pokemon to approach him through his emotions alone would probably be either a very important/intelligent pokemon or a pokemon that is very sensitive to emotion.

My first thought is Indeedee, but that doesn’t really make any sense, since they’re all out in Ballonlea.

So I’m gonna try and pick the best out of the ones on route 1. Which are Wooloo, Rookidee, Grubbin, Skwovet, Nickit, Blipbug, Caterpie, and Hoothoot. Of course, sometimes things do get weird, but I doubt it would be anything too high level. Maybe a Zigzagoon comes by. I’m also taking into consideration all of the psychic types in the game since that seems to be the intelligent, emotion reading pokemon type.

So all of that into consideration, I’d have to say maybe an Indeedee that’s far from home is the one that ends up as Hop’s new first pokemon. It is the emotion pokemon after all. It’d probably be a female one, just bc they’re friendlier looking (though I prefer the male indeedee bc of that reason.) Of course, someone has to catch it for Hop so really Leon just sets up camp and lets the Indeedee crawl its own way into a pokeball. But it’s pretty obvious that Indeedee came for Hop.

They share a very special bond much like Hop does with Wooloo, but for a different reason. Indeedee came to Hop rather than Leon taking him out to find a pokemon. Wooloo is prized for being from Leon, but Indeedee is prized for coming to Hop especially.

God, I just love Indeedee so much. It’s not very strong in my experience but they’re just so perfect.

#pokemon swsh, #pokemon hop, #indeedee, #ask, #anon
7 notes · See All
pokebiologistAnswer
What pokemon do Pokemon centers use in Galar? I have yet to see anything similar to an audino or chansey.

Indeedee are commonly used for some nursing roles, especially with comforting sick or injured Pokémon. However, in Galar it isn’t the cultural practice to involve Pokémon as much in medical procedures. It was a little bit of a culture shock for me, I find it lends an impersonal, ‘sterile’ feel to Pokémon Centers. However, the quality of medical care here is excellent, so I have no legitimate complaint. 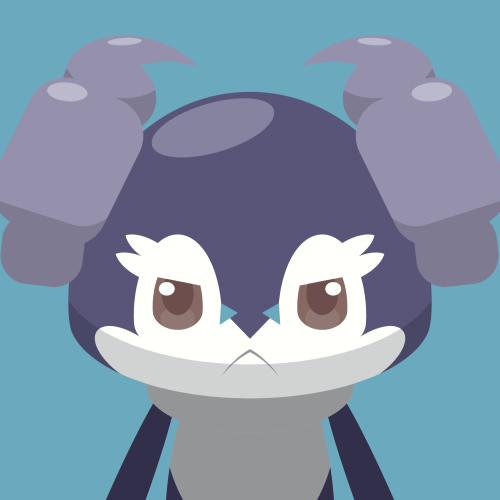 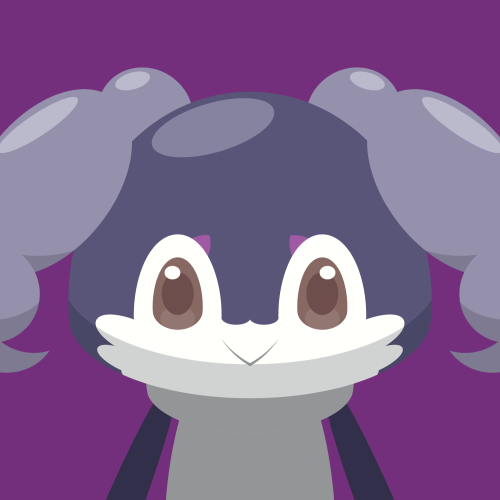 If you haven’t checked out @lulzyrobot‘s dynamorph AU, it’s very good. 10/10 would recommend. I’ve been really into it these last few weeks, and decided to give it a try with my trainersona! (Here’s her ref for a little more info) She’s the former Kalos champ, and current 8th gym leader of Galar, with Raihan taking over as champion. I’ve been thinking about this for awhile, so more info below the cut! 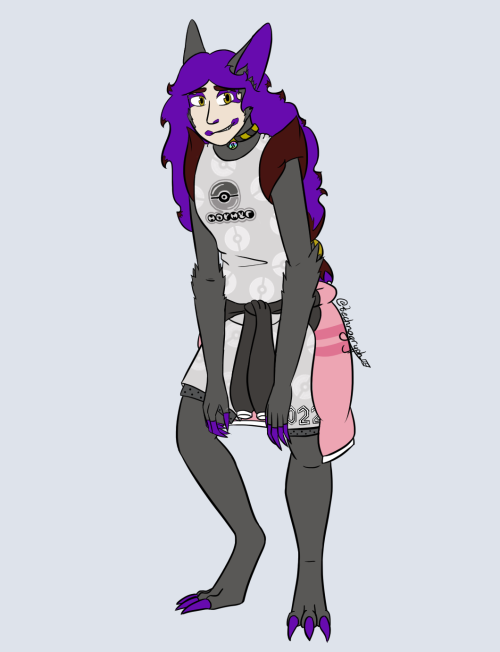 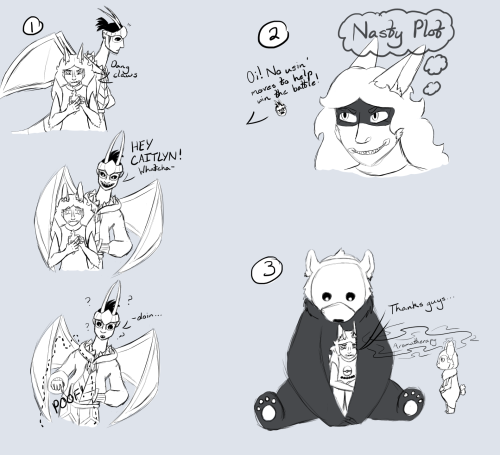 ╰☆☆ Anon asked: could you “badly” doodle Indeedee from Pokémon (preferably male but either variant is fine!)? your art’s really pretty!

I hope this is okie!! Sorry that it’s only one doodle,,, This one single idea for a doodle wouldn’t leave me alone so ajfkjsgj!! 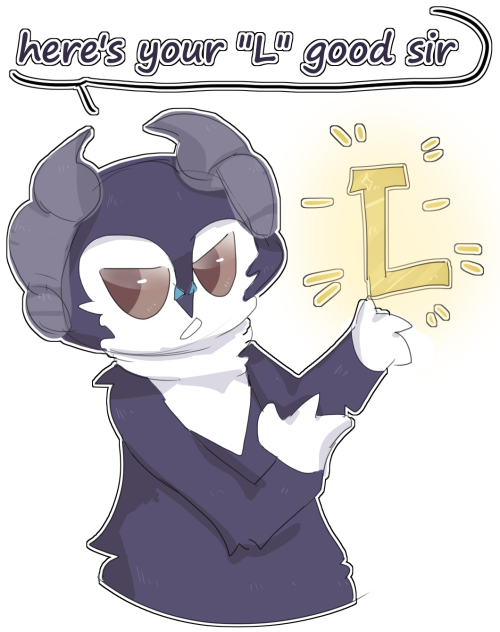 #mod cherry, #cherry's doodles!, #done and done!, #indeedee, #indeedee kin, #pokekin, #pokemon kin, #pokemon, #fictionkin, #animals/, #ask to tag!
5 notes · See All
earthpkmnheadcanonsAnswer
Hello, I live in america and have 3 kids aged 10, 6, and 2 years old. i'm a single parent working 2 jobs to pay bills and keep food on the table. Can you recommend some child safe Pokemon that could help reduce our cost of living so i'm not working 2 shifts and almost never seeing my kids, who currently have an Audino nanny, though i want to get an Indeedee. Both my 2 and 6 year old still wear diapers, the 6 y/o mostly only to bed, so that's a factor too.

Aside from an Audino or Indeedee, which you already have, grass-type Pokemon would be my recommendation. They’re remarkably cost-efficient, as they can photosynthesize their own food, so really all they need is plenty of sunlight to thrive. There are plenty of kid-friendly grass-types - I’d recommend looking at getting a Chikorita, or a Chespin if your kids are a bit more energetic. Both are widely available and cheap to adopt, and get along well with children. Chikorita also love helping out their human partners with chores around the house, and can be a major help. Another option is Skiddo or Gogoat - again, they’re kid-friendly, and instead of taking a car to work it’s easy to ride Skiddo or Gogoat there, plus it’s more environmentally friendly.

mahji what the fuck did you cast

#tw: flashing light, #mahji, #indeedee, #askblog, #shitpost, #i just learned how to paint skies epic, #also i hate caramelldansen so you get this song
12 notes · See All
kemono-kunText

We did Pokemon fusions in my weekly prompt group ♡

So I finished my PokéDex on my Sword Playthrough so I could shiny hunt better. I’m currently trying to also complete the Dex on Shield. And then, I get this in a Raid in Shield! I didn’t even notice until I caught it! But this is my first Shiny in either game, and I feel a bit like the butt of a joke, but hey, a Shiny is a Shiny. 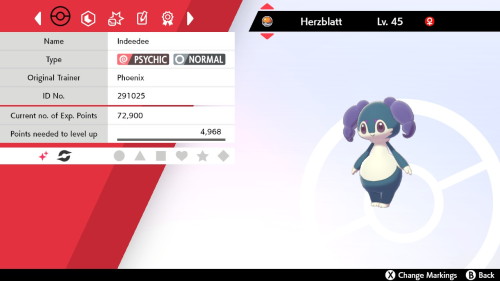 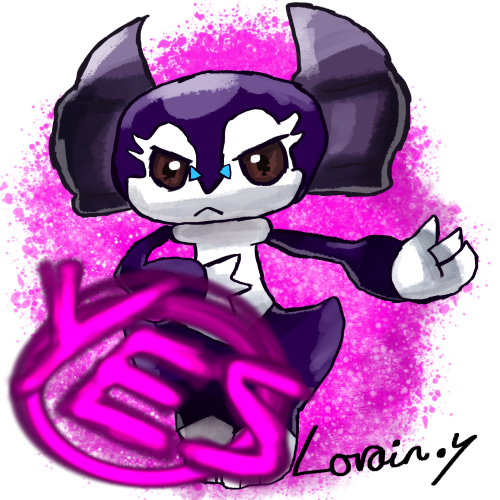 Just something heartwarming I sketched for the Valentine’s Day 2020. I never intended to upload this piece of art on Tumblr so that’s the reason why it’s so late! I hope you don’t mind!

My plan was to make a watercolour artwork this year but unfortunately I ran out of watercolour paper. So, I had to make a digipainting instead but it looks pretty cool this way as well!

Can be found on Deviantart as well. 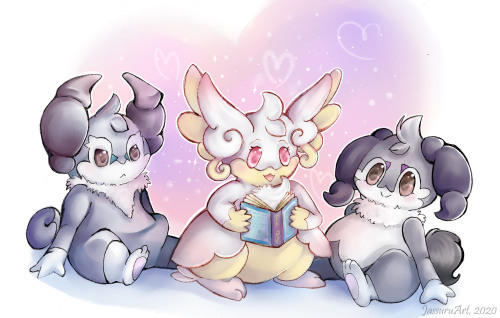 if you like my pokemon art, you could buy me a coffee!

“Ohohoh I would absolutely take valuable items as the ones you’re jinglin and tinglin~ since I have a “friend” who can convert these into currency. He’s a bit too cold for me but naah we don’t see each other often” 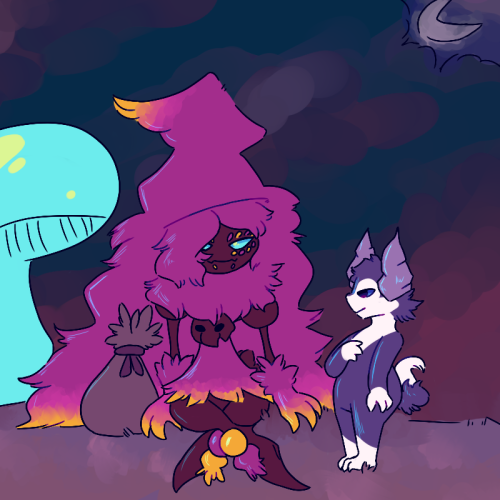 Indeedee has a bit of a problem which is how most attention is only being given to the female counterpart.The Meowstics were more-or-less treated as equals but that sure isn’t the case here.I think the only in-game application other than being a Sword exclusive the males have is at the seafood restaurant.At the time of typing in matters of merchandise the females of this species have three cards while the boys have none.Butlers deserve as much attention as maids.I hope that when more mons get the figurine/plushie treatment this pair gets the much deserved equality it’s lacking. 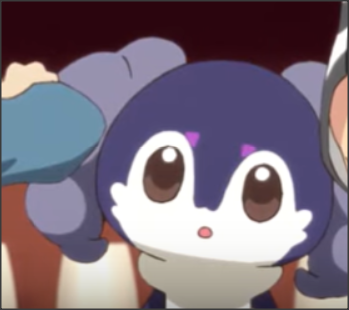