Thank you for presenting your Tedtalk!!! I knew it mean something but I didn’t know how to word it!

I am continuing with putting the traumatized cartoon kids through world’s most traumatizing therapy a.k.a. the infinity train.

Can we all agree that she’s probably messed up after the whole ordeal with the Other Mother? Poor kid.

U guys should read it

Oh what’s this? An actual snippet from a future fanfic? This takes place in my “Off the Train” series; I don’t have a decent title in mind. It’s currently “Understanding Grace” but that title is dumb. I want a new one.

Lake quirked an eyebrow. “If anything you acting like this scares me more than you looming over me ever could. I’m used to dealing with people way taller than me.”

“HA!” Grace couldn’t help herself, she laughed. “And they’re not hard to find either.”

“Oh piss off,” Lake couldn’t help themself either, they chuckled. “That was your one short joke! I hope it was worth it.”

#Infinity Train, #IT Lake, #IT Grace, #Grace Monroe, #Lake will always be under five feet tall in my fanfics, #Sorry Lake
4 notes · See All
kny-stuffText 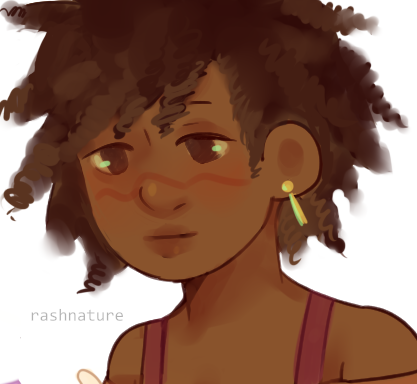 Hey I finally got caught up on infinity train and uhhhhhhhh what the fuck was that last episode.

Day 24, I thought Tulip would obviously go as a vampire for Halloween, since she has no reflection. 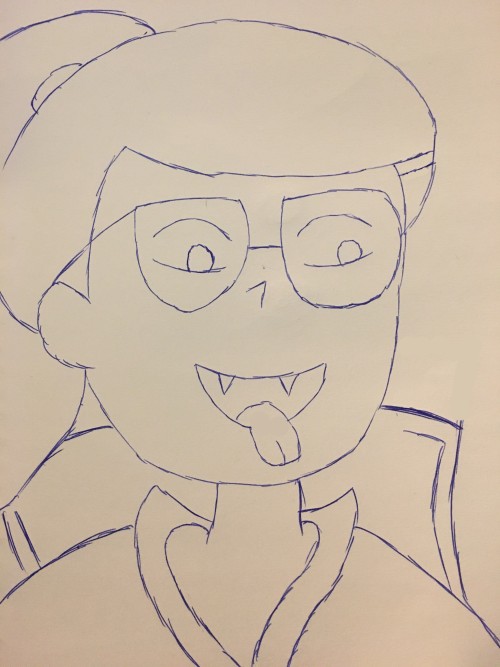 Funding for Schaffrilas is provided by: Squarespace, the sponsor of today’s video. Stay tuned to the end to find out about how you can build an amazing website.

So, a lot of new subscribers poured in from my little dip into the sesspool of Infinity Train Productions so (Donkey: Let’s do that again!) And this time, we’re digging into the low-key stuff. Like the Collab between Pixar and Studio Ghibli about a dead grandma pulling a tweenaged clone of herself through a magic train to be her granddaughter’s best frie-(Lou Pickles: Cogflabbit)

1/0: When Marnie Was There is the epitome of Infinity Train’s talent of blending down to earth character pieces with over the top adventure and metanarratives. There are a lot of key features to this flick, from Tailstreak improvising the Infinity Train into being to Kazuhiko pretty much being an audience surrogate for what’s going on to the wayward madame’s motives slowly being pieced together the further along you get in the journey of main character Anna and our video’s main focus: Marnie. For brevity, we are going to dive deep into how the state of Marnie’s dress and hair point out how far she’s traveled and how much shit she’s been through.

Starting off with her at the Marsh House, Marnie is adorned with pretty dresses and finely brushed hair. This shows her how close to the chest she’s being kept by the staff, how dolled up she gets on a regular basis to the point of boarderline if not straight-up child abuse. Later on in the movie when the time shenanagans begin to get more apparent, the bitterness of her caretakers at the house makes a lot more sense. They’re mean to her because of when she’s dwelling here. Her side is around the time her home country was squatting on a recently-wrecked Japan after the party known as World War II. The Japs wouldn’t have allowed her obviously western family into this estate but they have no choice after they found themselves plowed for allying themselves with Hitler and his homies. Nan and the maids don’t dare take out their resentment of the “foreign invaders” on the parents but a young girl that’s all alone is fair game.

But when we see her side of the final separation at the very start of the movie, we cut to her on the landmass of Teddy Weddy in a blank void. There’s a big blotch of mud and dirt on her dress and the front of her hairdo has ended up a bit messed up complete with a few blades of grass in it. This symbolizes how she found herself thrust into a crazy adventure by an unseen force and the hair shows that she no longer has the comfort of the Marsh House to keep her in mint condition. Thus, she has no security than the security instilled into her by the days she spent with Anna for the adventure to come.

As she goes from setpiece to setpiece, her hair gets more messed up and her dress does get torn up quite a bit over the course of the film and in the midst of a sky pirate dogfight, she runs into Kazuhiko who was lured aboard by a nice old lady in a dark-blue shaw. I wonder who she could be? Whatevs, Kazu notes that his boyhood friend’s rocking that ‘I just saw the bill for the Justice League Snyder Cut‘ look and decides to do it up into a cute ponytail and we all know what happens to pigtails and ponytails in Ghibli films. Moving onto her dress, we find that one of her sleeves has been torn off and the other is rolled up, indicating that she has taken some much needed agency in her life. And of course, the natural mess has gotten much more widespread, her blouse is exposed with the topside being cut up to be used as a sail to get Teddy Weddy airborne. This displays an element of empathy and selflessness to her character, something we see when talking with Anna about their respective family issues.

All of this accumulates when Marnie returns to her hand-drawn real world she sorta calls home. But before we do that, we must back up to the pivotal moment where she confronts the old maid on why she’s seemingly stringing her along on this journey. As they argue, she learns about the maid’s story around the same time as Anna does from Hisako. But when the old maid makes a mistake echoed by Woody in Capitalism Story 4 ‘Why won’t you just listen, Emily?’ (Cat from Puss in Boots: Ooooohhh…) Yeah, she’s still haunted by the loss of her daughter and this just gives Marnie all the puzzle pieces she needs to figure out the who and why of this harpy. The very idea that she went on this crazy ass journey to fulfill the final wish of Anna’s dead ghost grandma to ensure that her lone grandchild knows that she is never alone, this just cements how much added resolve Marnie has to get to Anna and we see it in the final chase scene following her separation from the 1/0 guys.

After a mad dash reminiscent to the Cinematic Classic Ferris Beuller’s Day Off, (one that got mad cred from Richard Roper for referencing his favorite film) Marnie reaches and opens the door to Anna just as she receives a photo that once belonged to said ghost granny. (Anna: ‘my beloved home… Marnie.’) Yep, that Marnie. (Anna and the cloned Marnie: ‘That’s… who she was.’) (Joel Dawson from Bonus Stage: Welcome to the World of Cloning) Ignoring the whole clone thing as that’s another can of worms whose dough will rise another day, for now, let’s take that final glimpse at the state of Marnie’s design to see how banged up she’s gotten on the way to her destination. One look at the bottom of that dress and it’s clear that she’s had to prioritize mobility as the remnants can barely cover her knees but give enough legroom to make the mad dash to someone she now views as a sister that fanclods are more than happy to ship together to assert their queer agenda. And the hair, once flowing and elegant now cut to a shaggy bob cut adorned with plenty of leaves and grass blades to display the long journey she’s made to reach the sister she never knew she needed until the two crossed paths at the hands of a ghost granny. (Andrew from Bonus Stage: Does somebody need a rubber band, because oh, snap!)

The evolution of Marnie’s design doesn’t end there, her hair is naturally cleaned up after the long journey and by the bizzare summer in which Kingdom Hearts III takes place, her short mop of hair is refined to echo its original pristine form with a little green hairclip to indicate the connection she has with Anna and the memory of her journey. Her new dress has a set of shorts underneath for practicality, shorter sleeves for when she gets down and dirty and a ribbon to show the same feminine attributes she’s shown throughout her days in the Marsh House. The Marnie we will play as in Kingdom Hearts III is not the same Marnie that birthed Anna’s shit-headed mother, and that’s okay. Who knows what the game has in store for the two timey-wimey sisters, but one thing’s for certain, Anna’s probably made a fuckton of artwork in the years between that and this movie and is gonna need to design a website to proudly display it all to the world. If only I had a sponsor today that could aid in this ord-OH WAIT!

#schaffrillas productions, #Infinity Train, #when marnie was there, #1/0, #submission
0 notes · See All
Next Page