Amputation of a collarbone

So glad my face is pretty much back to normal.

PLEASE …. FILE THIS UNDER SENTENCES THAT ONLY I WOULD SAY

[ID: a screenshot of a discord message i sent with the very top of a picture showing below it. the message says “ignore my urticaria making my hand purple but look…. tiny tortilla” /end ID]

Oh, also, she told me this story in a very lighthearted tone, like it was just a cute, funny anecdote!

She said she’s started telling some of the people she works with about her injuries/disabilities/etc. (mainly that there is no cartilage in one of her knees) to explain her behavior. She told “Robert” that she’s basically just in a lot of pain most of the time, especially since her job requires her to trek through construction sites multiple times a week.

And he was like, “wow, how do you deal with that?” And she answered, laughing, “I just get really grumpy sometimes! I yelled at one of the principals the other day!”

Like, sure, that’s a healthy way to cope, emotionally lashing out at those you work with. Also “I get grumpy sometimes,” is a funny way of saying, “I’ve taken out most of my pain and frustration by emotionally abusing my kids for their entire childhoods,” but, tomato, tomato 🤷

I’m just so floored by the fact that she knows she does this but doesn’t think about how it might affect other people???

Some DreamSMP drawpile sketches :))) because what is self control 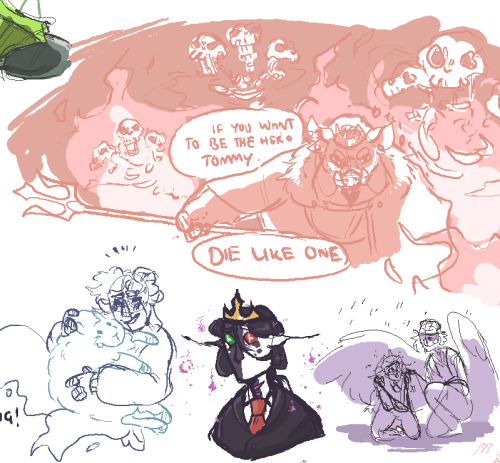 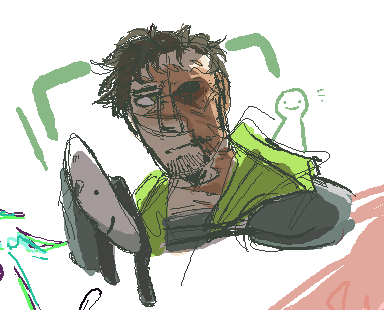 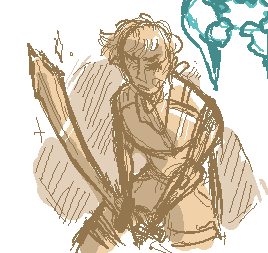 Entirely a thirst piece since he probably isn’t this beefy under that beskar. Let me tell you that all the thirsty Mando fics give me ideas tho. 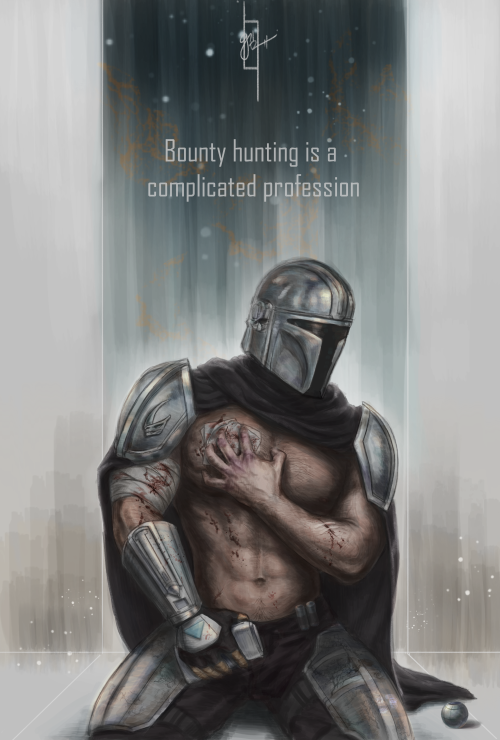 Btw I gashed my heel open today I rolled over it with my desk chair somehow and I was like Owie but I didn’t think it was hurt and then I saw blood and i was like 😁 ah.

Soohwa gets jealous and hits his head on the wall to snap himself out of it. He ends up needing a bandage for his forehead~

Sign is such cute and funny manhwa with plenty of smut scenes~ The story is interesting and the characters are adorable and complex. 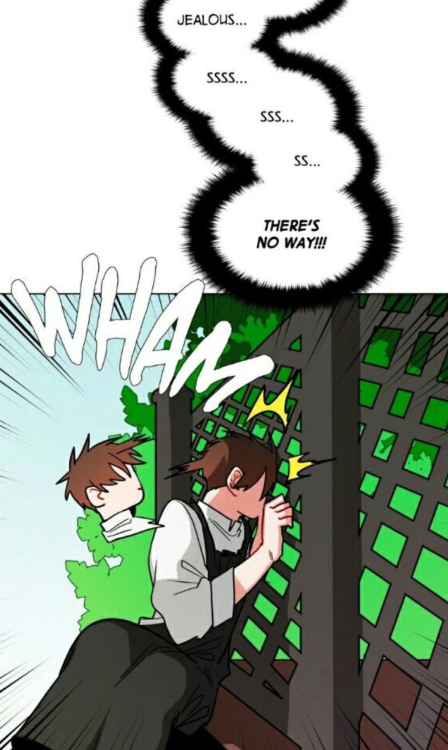 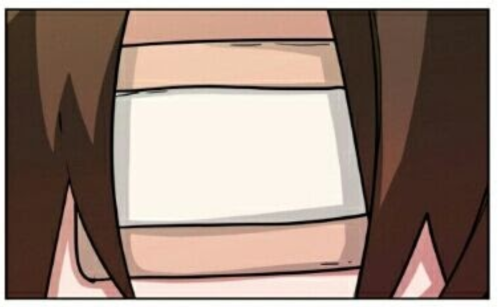 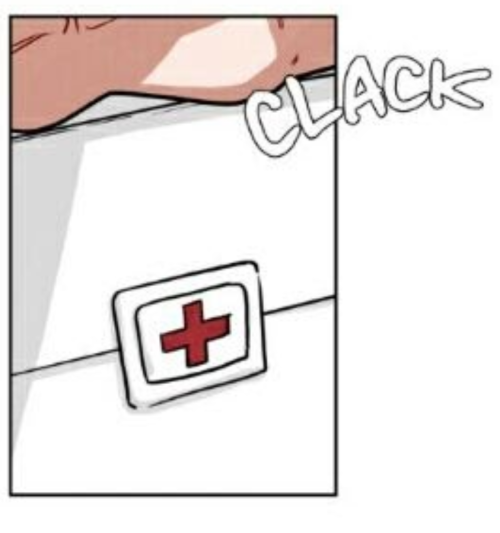 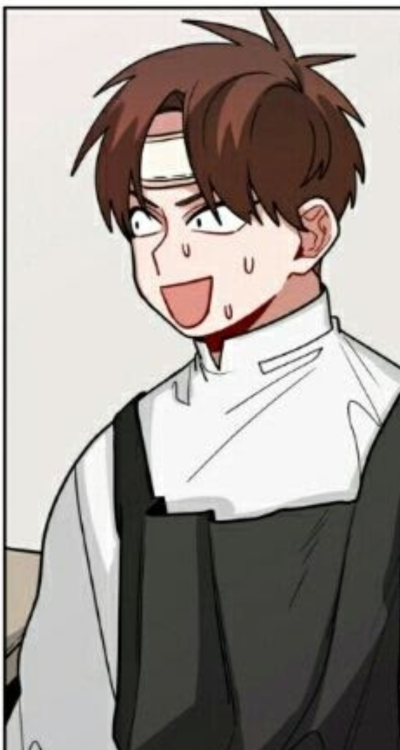 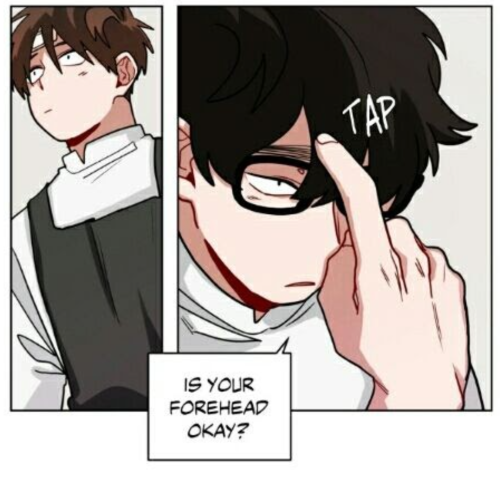 Sign is such cute and funny manhwa with plenty of smut scenes~ The story is interesting and the characters are adorable and complex. 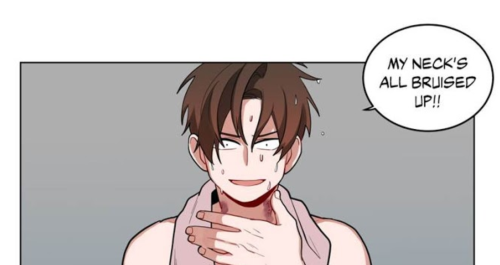 Summery: Finding themselves stranded on a mercy mission to Tannoban Ferus meets up with Jedi from his past. Ferus, Roan and the Jedi race to rescue senator Organa and escape the besieged system.

[Authors Note: I have changed Ferus and Roan’s business from witness protection to shipping.]

The light freighter marked as the Interloper flew at sub-light towards the hundreds of ships ringing the small world of Tannoban beyond them. Blockade running was not Roan Lands favorite pastime, however, when a senator such as Bail Organa asks for help in relief aid it was hard to say no. It also didn’t hurt that the money for taking the risk was good, very good. And right now his business needed capital.

The world had been blockaded for several months now and the situation had gotten very bad. The biggest need at the moment was medical supplies and the Bellassa government pledged aid to the Alderaanian relief effort for worlds suffering because of the Clone Wars.

Olin&Lands. The shipping business that Roan owned with his partner Ferus Olin had been hired to deliver the supplies. In the case of Tannoban, as it had also been in a few other worlds, that meant blockade running.

Note: Inaccurate depiction of gunshot wounds and dangerous medical situations because I’m not a doctor, nor have I been shot in the head.

It was a bright- almost too bright -day in the Commonwealth. The rain had cleared out the night before leaving everything freshly sparkling with dew, puddles of rainwater spattered next to the walkway. Children ran through them, scattering the muddy water across the cobblestone paths, energized by the fresh appearance of Diamond City. Even Takahashi seemed to have renewed energy.

Sole and Cait walked hand in hand through the small settlement, mostly silent, just enjoying each other’s company. They’d stopped at Power Noodles, bantering over their meal playfully, laughter ringing through the area easily as if they had not a care in the world. Cait had never felt this at ease with someone, but Sole seemed to have that effect on her.

She leaned her head against their shoulder as they walked. “I won’t lie, I can’t believe I’ve got somethin’ like this.”

Sole smiled as they turned to look at her before pressing a light kiss to her forehead. “We should go pop in on Nick, see how he’s doing after that case.” Sole suggested, lips brushing against her forehead as they spoke.

Cait nodded in agreement, despite wanting Sole to herself for the day. She knew what she was getting into when she started dating someone so caring, and that was something she adored about Sole. Despite everything, they still dedicated everything within themself to their friends without hesitation. She let them lead the way to the alley Nick had set up in, swinging their joined hands cheerfully between them.

The Cincinnati Bengals fanbase has been through the heartbreak of losing a phenomenal quarterback to an injury before, and while Carson Palmer’s was later in his career, it was similar to 2020 No. 1 overall pick Joe Burrow’s injury that crushed the spirit of every fan.
Burrow went down against the Washington Football Team in Week 11. It was destined to happen at some point as the Bengals had been…

Impaled - through the back

“It’s beyond me why we’ve never been able to put the same importance on injury that has been on cancer or heart attacks, even though you and I both know that the preventable death rate and the opportunities in trauma are greater than either one of those combined.”

“I think part of it has to do with is…we haven’t done a great job from a messaging perspective.”

“If we don’t do it at the grassroots level, it’ll be meaningless, but if we don’t have support at the upper level… One of the controversial parts of our National Academy of Science report was, we concluded that we needed a National Trauma Institute…”

“Maybe trauma is the wrong word. People seem to understand injury better than they do trauma.”

“If we think about us as surgeons and as trauma surgeons, and think of all the patients I have taken care of in my career…we have never mobilized those people as a force multiplier, as they say in the military. We’ve never mobilized them to speak up about what it means. I think we’re doing better, we’re trying to get there, the [American] College of Surgeons is trying to get there. [But] I think we’re far from having achieved it. Unfortunately, one of the ways you have to measure it is funding.”

“Where else in medicine… it doesn’t matter who you are, you’re taken care of. That isn’t true of cancer, it isn’t true of heart disease, but it is true of trauma.”

“I think the biggest barrier has been just not doing it.”

“There is a feeling among those of us, especially the younger generation, of really trying to figure out, how do we work at that nexus of medicine, public health, and public policy, and not just be siloed off.”

“I think you said the two most important words: public health. We had to frame this as a public health issue.”

“How do we write about trauma and trauma systems in a way that will be meaningful to a non-trauma surgeon audience?”

“It really takes a public-private partnership to do this… We had to convince the county board of supervisors that the trauma system was a good idea.”

“What they found is that we had a 22% preventable death rate. And I’ll never forget that was what we were armed with going into the board of supervisors.”

“He said, ‘I think we need a trauma system in San Diego, but just remember the most important thing: you need 3 votes.’”

[One of the reasons the system has been sustainable was because of the medical audit committee and the trauma registry.]

“As long as you stop and think, What is best for the patient?, you’ll never be wrong.”