in norse mythology tyr sacrifices his hand to the wolf fenir 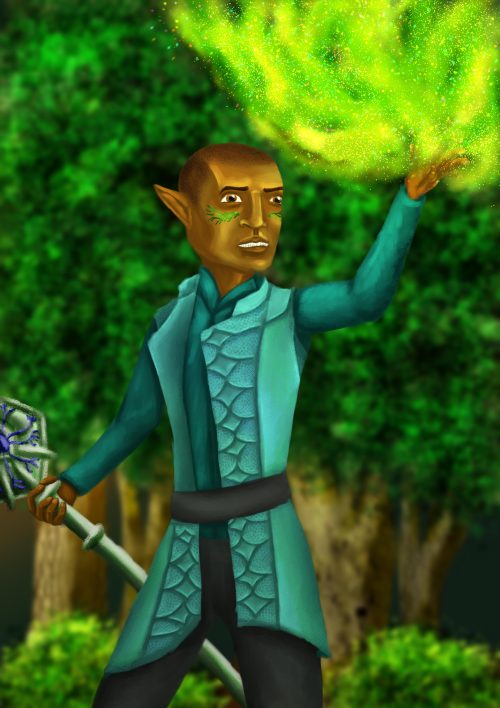 Have you ever made a character just to explore a certain game mechanic or specialisation and just … accidentally fell in love with them? Just me? Ok 😅

I swear I just wanted to lean into the necromancy tree and Gaelathevir Lavellan had other plans. 👀 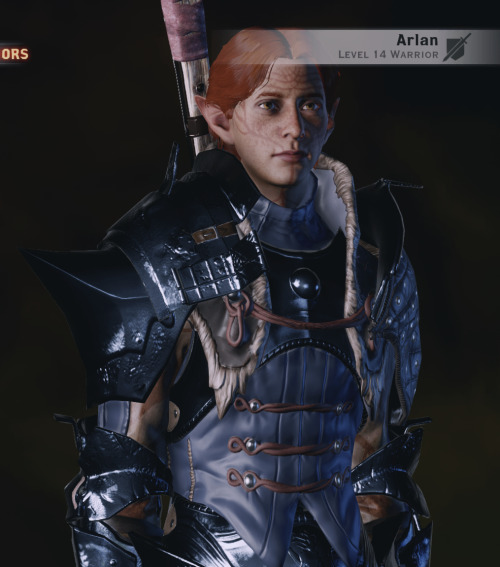 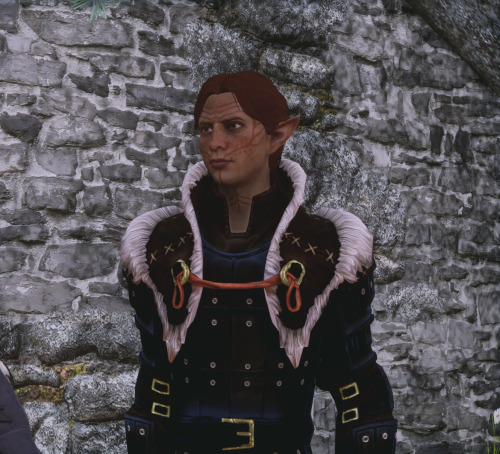 Been sitting on a tag from @kunstpause for a little bit, but thank you so much for tagging!

Here is a mildly spicy WIP clip from chapter 22 of Hearts Like Lions!

One woman shouldn’t be this captivating, Cullen reasoned, but as he watched her from across the room he could think of little else. Evelyn was leaned over the war table, a fingertip between her teeth and her brows knit together as she considered the map before her, unoccupied fingers tapping against the wood. The steady rhythm accompanied her every motion, each of which Cullen found more alluring than the last. He watched with rapt attention - a toss of her hair, a slight shift of her weight, the curve of her back. Sometimes she would bite her bottom lip when she concentrated, pearl white teeth digging into cherry red lipstick, and Cullen found himself wishing that it was he nipping at her instead. If only he could hug her body the way her leathers did, or free her from the laces of her blouse. He longed to set eyes on what the loose garment concealed, but his only clue was the soft leather that cinched her waist. It took all his strength to resist the urge to reach out and touch her as she tucked her hair behind her ear.

Maker, he’d take her on this table if he could.

Such thoughts had plagued him for the better part of the last week. Every time he set eyes on her, regardless of time, place, or company, he had been unable to stop the fantasies of pulling her into an alcove or onto the nearest piece of furniture, each thought only fueled by his memories of that night in Halamshiral.

“…from Starkhaven to Kirkwall, but is requesting further aid. What do you think, Cullen? You know the city best.”

Josephine’s voice pulled him from his sinful reverie, but he hadn’t any idea what she had just asked him. He rubbed at his neck awkwardly as heat stained his cheeks.

“I’m sorry, Josephine. What was it you asked?” Josephine sighed in annoyance.

“I was saying, Prince Sebastian Vael of Starkhaven is sending aid to Kirkwall to assist in the clean up efforts. He has requested assistance from the Inquisition. Seeing as you led such efforts during your time there, I thought you might know how best to handle it.”

“Red lyrium may present an obstacle to rebuilding the city. Our soldiers can try to assist in its removal.”

“Good.” Josephine scrawled down some notes, then turned her attention on Evelyn, her expression no less disapproving than it had been for Cullen. “Now, seeing as I had to tell the Marquis that the Inquisitor was indisposed and could not meet him yesterday, it has taken all of my effort to appease him. Perhaps the next time you choose to get drunk, you will do it on a night when you are not to negotiate the support of an important noble house the next day.”

“I’m sorry, Josephine,” Evelyn said. “I will see to it that the Marquis de Chevin is not left with a poor impression of the Inquisition.”

“Indeed, you will. I have scheduled dinner for the two of you this evening. A private dinner with the Inquisitor is more than he could have hoped for. It should make up for your absence yesterday afternoon.”

All eyes turned to Cullen. He scowled at the Ambassador, unable to tame the rush of jealousy before it spilled from his lips.

“Is there a problem, Commander?”

“Yes, there’s a problem! She’s the Inquisitor, not some courtesan!”

“For Andraste’s sake, Cullen, I am hardly asking her to sleep with him! We need his support-“

“So, what? You think dressing her up and sending her to wine and dine some Orlesian pretty boy is any better?”

WARDROBE OF THE INQUISITOR

Lmao I love this 😄

I wish there were different winter palace outfits for women and men. 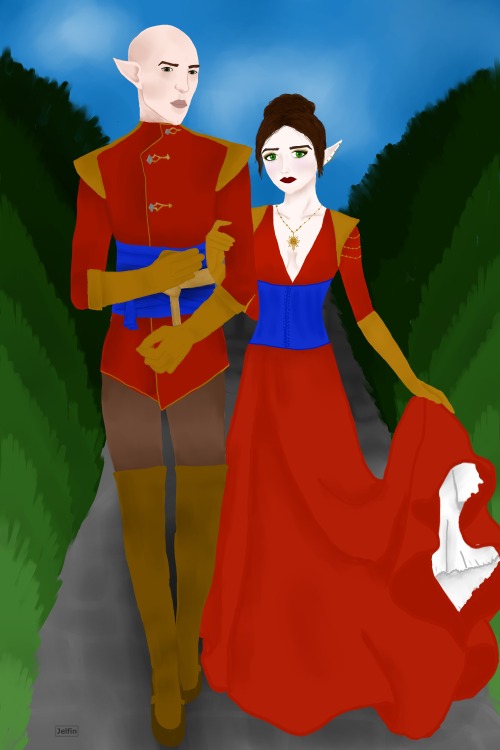 I really wanted to make an upper body vallaslin for my Lavellan, based around Ghilan’nain.

I like to head-canon that Keepers and Firsts have to receive a larger vallaslin to prove that they can handle being in a leadership position. c’: 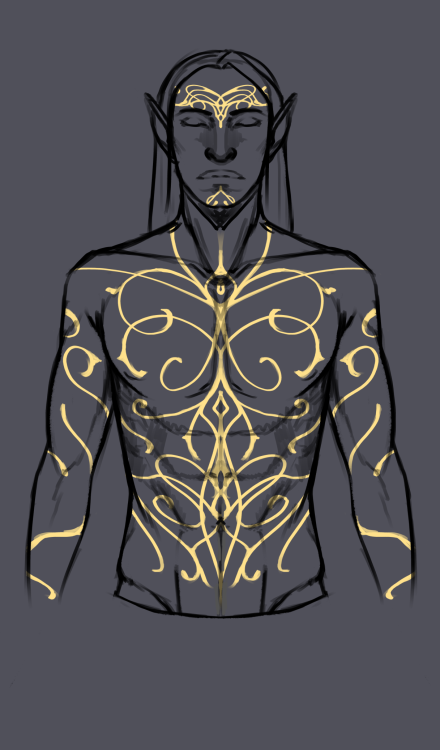 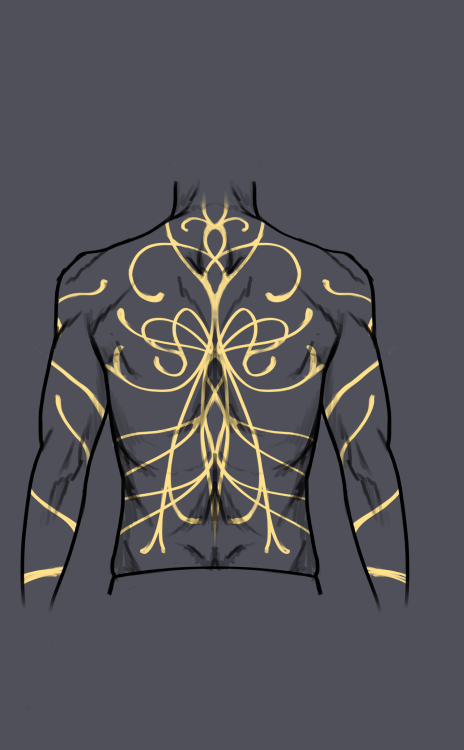 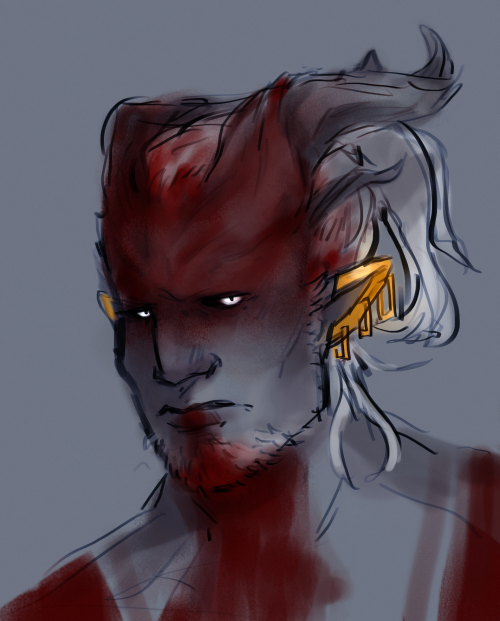 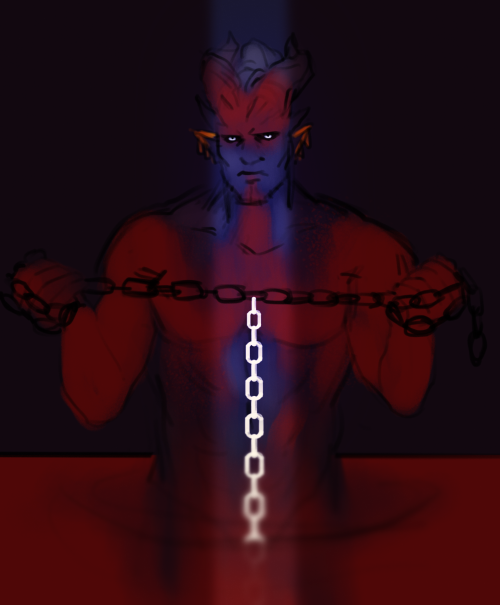 commission for @airaly, thank you! ♥ 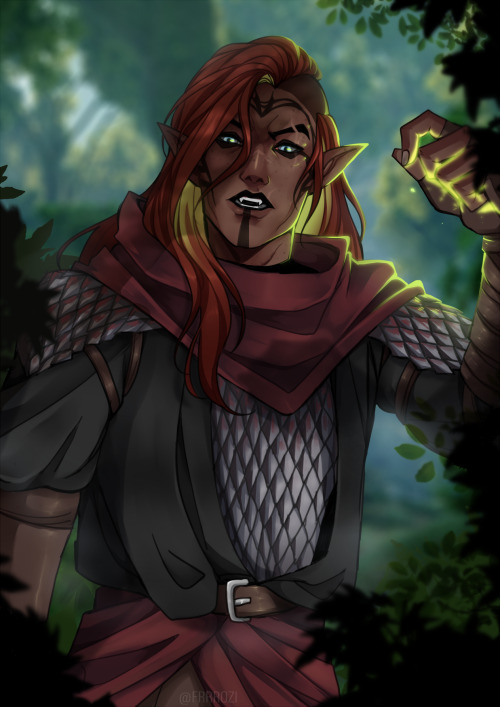 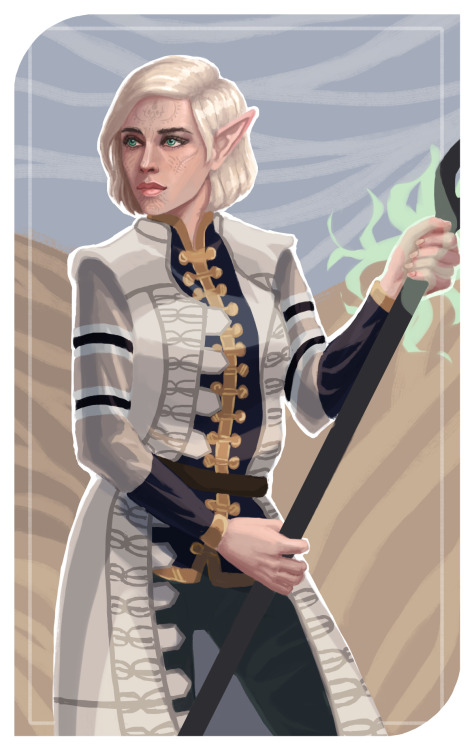 (Fun Fact: Shale from Origins is a Cadash!) 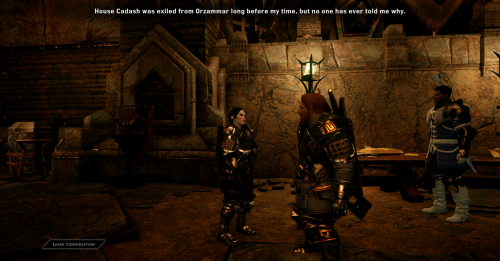 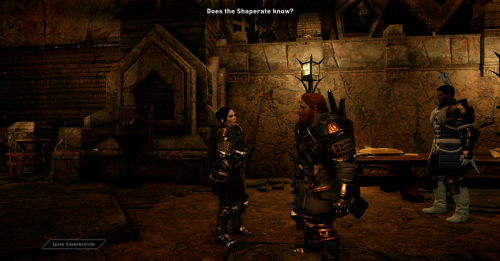 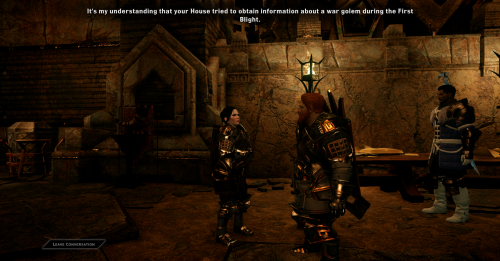 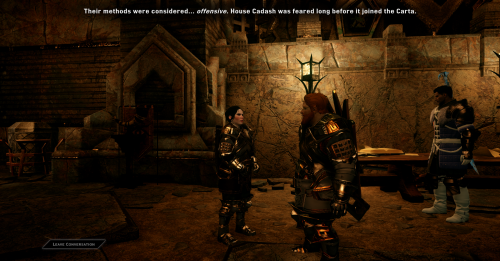 Solas should laugh more, it suits him very well. 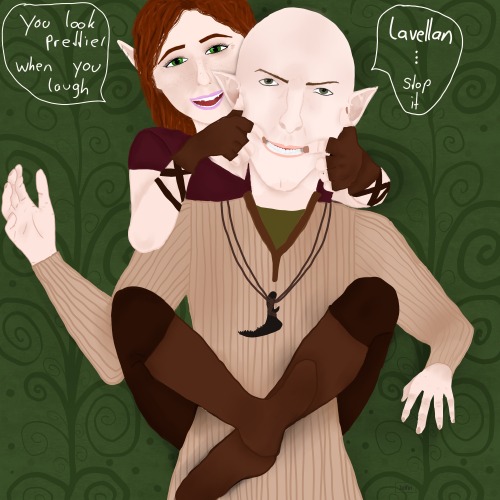