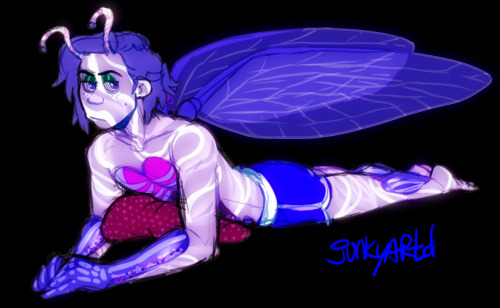 I found this lacewing today in a heap of dust after sweeping the staircase. I cleaned it off as much as possible, and took it outside to the flowers (some semi-double flowered daisies) and the sunshine to recover. Since lacewings/their larvae eat aphids, I’m always glad to see them. And I think they’re pretty, too! 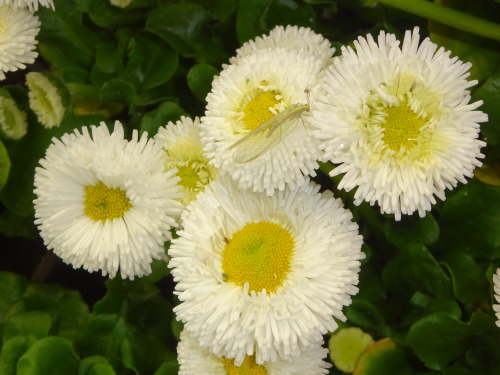 #spring delivery service, #covid cope blogging, #9thbutterfly pictures, #flowers, #insects
1 notes · See All
zoologicallyobsessedAnswer
Is it a myth that honeybees die they sting you? How come honeybees haven’t evolved to not die when they sting? Are there advantages to dying after stinging? Also what’s with bees and dying after woohoo?

I’ve answered these questions more in-depth a while ago so here are some links to them:

But for a quick recap it’s because honey bee stingers are barbed compared to other bees and wasps. Honey bee can sting multiple times when it comes to other insects but in mammalian skin the barbs catch and they rip the internal organs from the bee killing it. They’ve evolved this way because their stingers have a ratchet mechanism that continues to pump more venom into an animal, which is why you want to try removing the stinger if you’ve been stung asap but by scraping it off using a flat surface like a credit card, if you pinch the stinger you’ll just squeeze the venom sack and push the rest of the venom into you anyways.

The ripped out stingers also admin alarm pheromones so other worker bees will know to attack to defend the hive. It makes sense to evolve this way as worker bees can’t lay fertilised eggs so their fittness is low and worker bees outside of the hive are usually much older bees. Sacrificing these workers is worth it to protect the hive and queen.

But another quick recap it’s because drones are very very expandable. They only thing they’ll ever do is mate with a virgin queen. They have no other role in the hive beyond that so it makes sense for them to die. A lot of male insects die once they mate.

Here’s what a drones’ endophallus and tests look like. They die because of the force of their ejaculation in order to ensure their semen gets up into the queens’ oviduct. The force causes their genitals to explode.

The hissing cockroach nymphs keep surprising me with how pretty they are. And a bonus big girl! 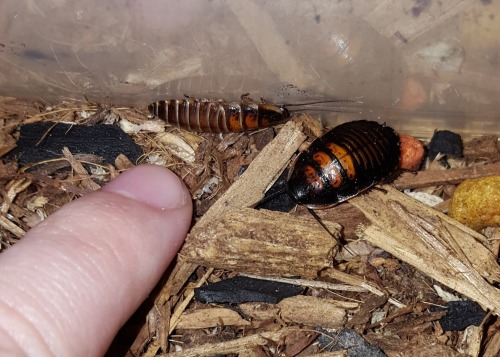 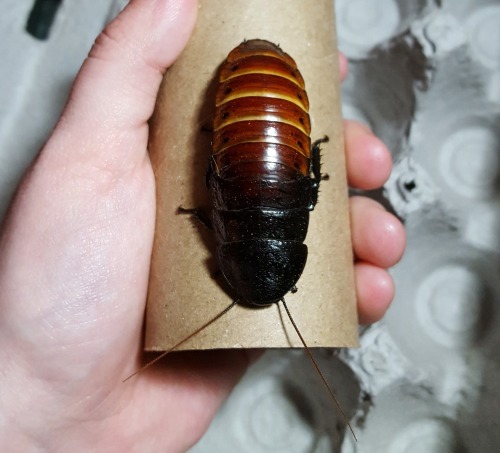 sooo uh my brain has decided that my special interest is now going to be Bug Research!

pls,,, give me new bugs to restlessly comb through the wikipedia and entomology articles of, give me new friends to research! i’m particularly fond of butterflies, moths, and mantises but I wanna research other things too! Even spiders despite my mild arachnophobia fhshs,,

but yeah! tell me abt your favourite bugs please! or just ones you think are interesting to research!

Found a honey bee who was too exhausted to fly so I gave her some sugar water.

I really want an orchid mantis but I dont know if I could keep up with one or if its even allowed in Canada. My bf is nice he suggested I try with a regular mantis which I know we have some species of in Canada.

Any idea where I should start looking?

#photographers on tumblr, #photography, #oc: my photos, #nature, #taxidermy, #insects, #biology, #butterfly, #museu paraense emilio goeldi, #belémdopará, #brazil, #but all that ends, #much more than beautiful, #these will remain
1 notes · See All
zoologicallyobsessedAnswer
the bubonic plague is a good example of a bacterial disease that made insects (fleas) sick, got passed on to slightly bigger animals (rats, dogs, etc), which then passed it onto humans! it's totally possible and probably happens a lot!

The bacteria (Yersinia pestis) is actually harmless to the fleas and it didn’t make them sick it just made them regurgitate! It did this by forming a biofilm and a build up in the foregut of the flea so the blood couldn’t actually enter the stomach therefore causeing the flea to regurgitate any ingested blood, along with the bacteria into the host it had bitten (often rats).

The black mass you see here is the bacterial build up all in the foregut of the flea. So it didn’t really make them physically ill and it didn’t harm them, it just sort of built up until they regurgitated it out.

Like in honey bees who regurgitate the nectar they collected from an organ called the honey crop.

Very pretty! And spiky, but harmless. And yes, it’s a gulf fritillary. :) 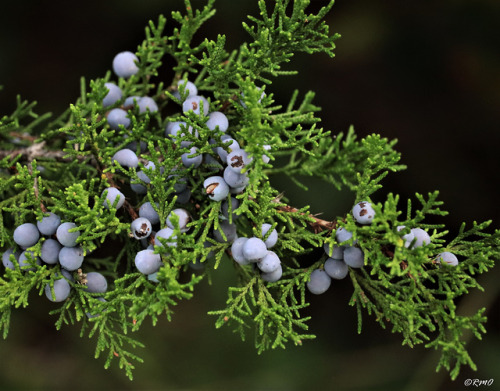 spotted these guys meandering around in ohio last fall

This little friend was walking down the street (in Germany), I moved him to the grass instead cause it’s safer there ☺️

Lil caterpillar friend!!! Very nice and long. Looks like a large yellow underwing, they seem to be plentiful lately!

I made a little friend yesterday.

Look at this lovely intricate beetleish friend who found us! We escorted him outside. Found in Lousiana.

“Beetleish” made me laugh. Cute. This friend is a true bug in Hemiptera and not a beetle! It’s a white-crossed seed bug. Seed bugs and allies in the superfamily Lygaeoidea are easy to ID because they just about always have a noticeable X-like shape/marking on their back either from their coloring or just how their wings lay, like this:

And without my red X’s, to make it easier to see their markings 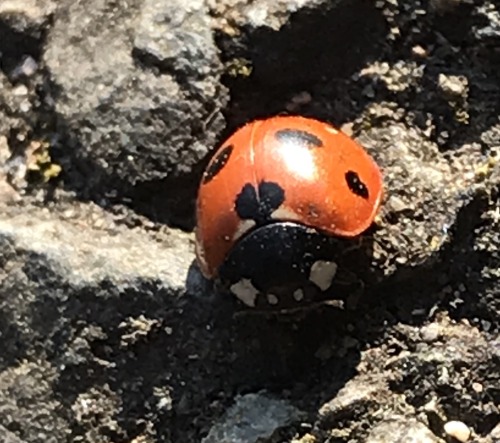 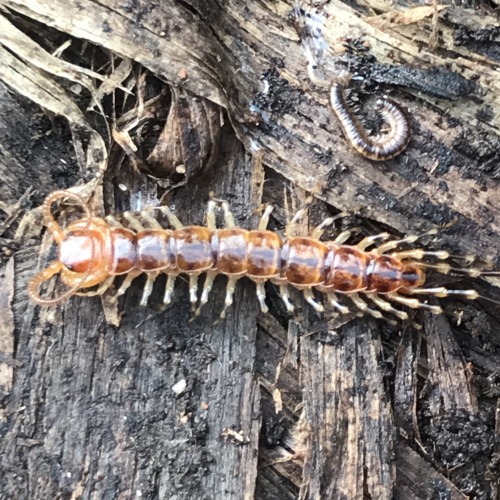 this b i g ol’ cranefly enjoying a bit of shade! and I don’t have small hands!

Legs for dayyyyyyyysssssssssss. No wonder they are so bad at flying, those legs must create incredible drag. Down right adorable, though.

I found something interesting under a see-saw…

Oh, the drama of nature! How will this play out?? Should have stayed and filmed it and narrated a la David Attenborough