From the series “The wedding of the Earth” 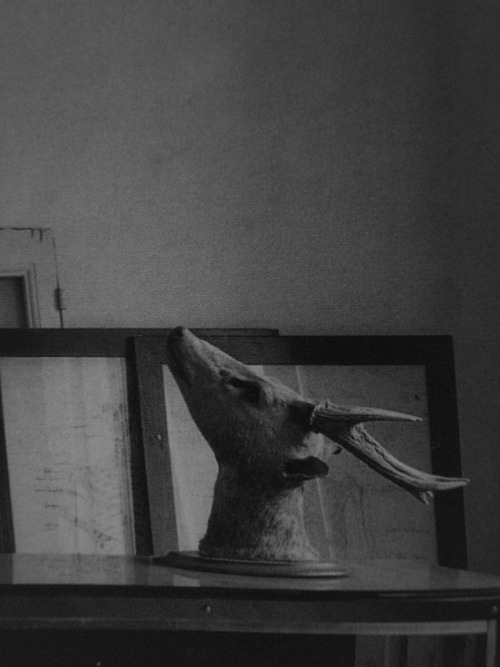 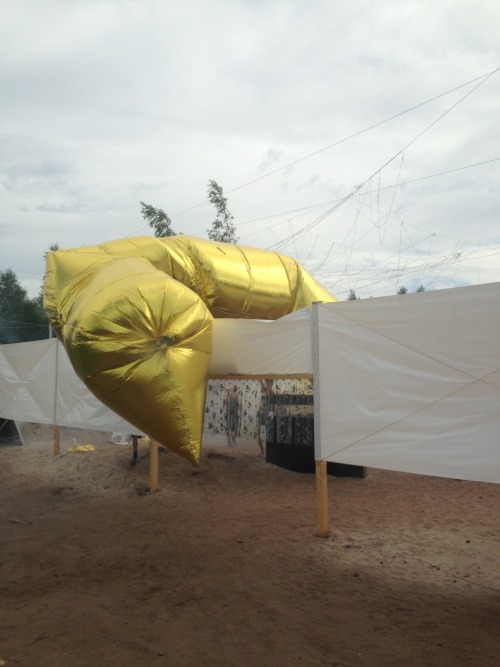 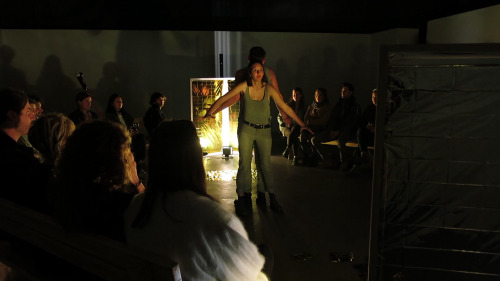 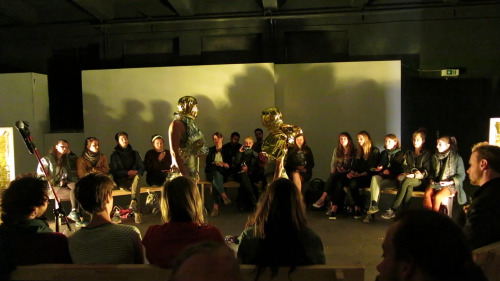 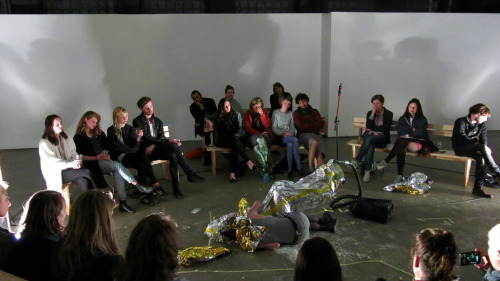 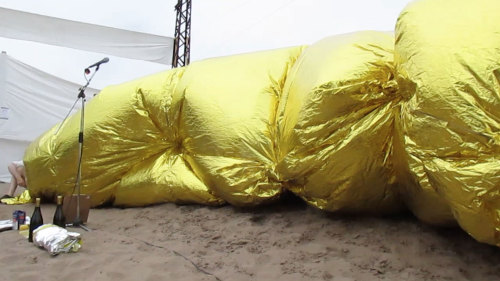 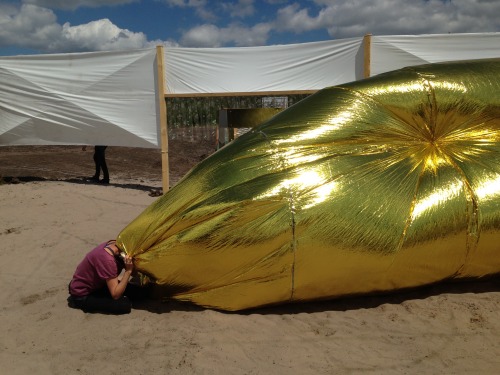 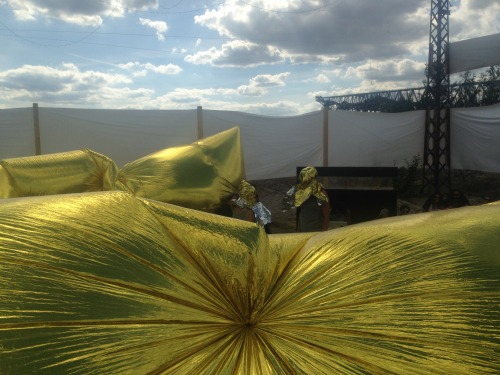 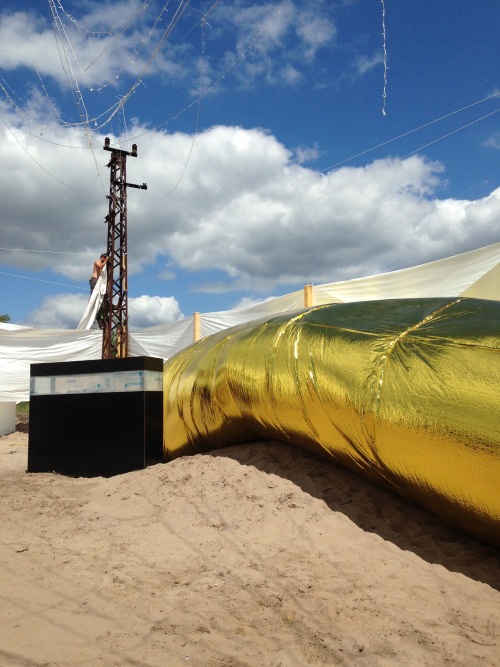 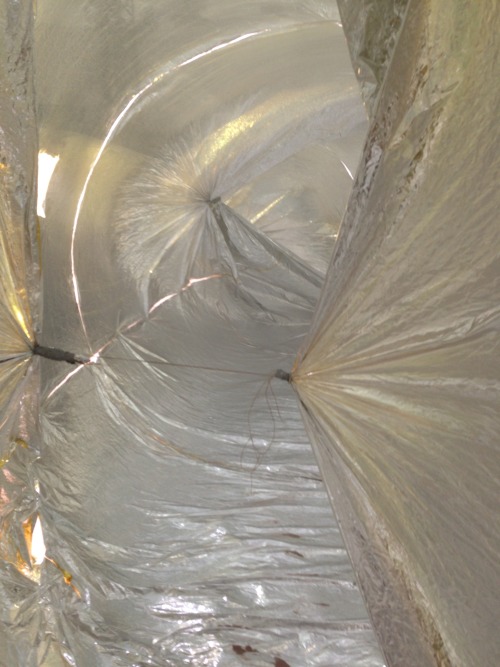 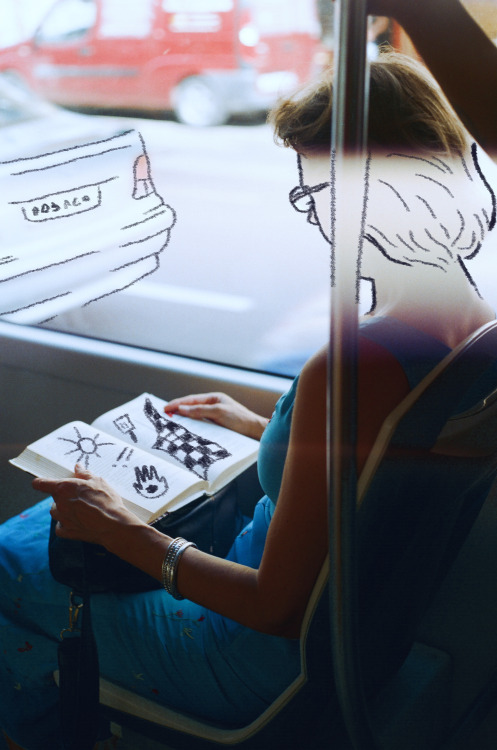 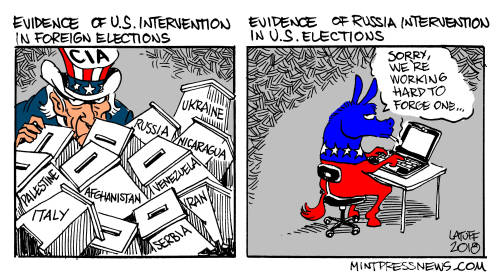 Written to a sweet friend of mine who is, I learned, a member of the Portland Antifa.

Ok, so maybe I just need to get this off my chest so i can move past it.  I just don’t believe you, XXXXXX.  There is an utter lack of any evidence to your claim.

Consider this, the Proud Boys, to use the biggest example, are castigated on every media channel as white supremacists and alt right bigots, despite the fact that their leader–in fact several of their local leaders as well–are men of color.  So the media is already skewed against them and hostile to anything they might say or do, regardless of logic or common sense.  Whenever an act of violence breaks out and there’s even a RUMOR that someone is a PB, they jump on it as proof of this, even when the PB’s own leaders state that there is no record of that person ever being a member of any of their chapters.  Still, despite that, with a media seeking to demonize them, every video we see of your altercations is them having their rallies, marching about, waving flags, etc, and then you show up and attack them, and they fight back.  Not only that, but even when they just SAY they are going to show up, and then don’t, just to punk you, you guys show up and riot and damage things anyways, without a proud boy in sight.  So no.  I do not believe you.  Nor do I believe that “nothing has been laid to waste” when we can literally view videos of buildings being burned, businesses looted, people killed, etc.  Streets vandalized and boarded up, shopkeepers being subjected to protection rackets, then looted anyways.  Your people post the videos *yourself* showing evidence of this.  So no.  I do not for a moment believe you.

And no, this has nothing to do with my “news sources.”  The news bends over backwards defending you.  The politicians defend you, say Antifa doesn’t exist, or is just “an idea.”  The politicians justify and defend these riots, and even raise support to pay for bail.  When you attack a PB rally, they call the PB’s white supremacists, and blame them, though they were standing there minding their own business and having a rally, which is their constitutional right to do.  When you attack a man in his home, threatening to kill him and burn his house, it’s the man who’s arrested.  When you break into private property and threaten a home owner with death, and they brandish non-functioning weapons as a deterrent, as they are legally allowed to do (they actually would have been legally justified by castle doctrine to open fire on those people the moment they entered the gate), it’s the home owners charged with crimes, and evidence is tampered with in order to make a case against them.  When your rioters are arrested, the DA’s let them go without charges.  Your own mayor stands in the front lines with you in an assault on federal property, and then has his own home attacked and tried to set on fire, yet he STILL defends you.

Because…and here I need to make a distinction between you the individual and your organization and those like them.  I like and care about you.  I believe you are at heart a good person.  I can hear the passion you have for prisoners and while I might disagree with some of your beliefs and arguments, I can acknowledge and even admire your idealism and desire to make things better.  Even your belief in socialism is rooted in a desire to make things better, and I can respect that, even though I find socialism morally repugnant and stupid.

But your organization and those like it: Antifa, BLM and the whole cult of intersectionality are *EVIL*.  I am not using this term to be hyperbolic.  I mean it quite literally.  They are actively, objectively, factually, morally evil.  I mean it in the same way I say that grass is green.  I place them on the same moral level that the KKK or neo-Nazi’s are.  In actuality, I believe they are worse than those.  The KKK is a couple thousand deluded, sad, old, little white men, and the neo-nazis are a couple thousand deluded young white men seeking identity and purpose.  Stupid, sad, disgusting, but irrelevant, and scorned by the general public and in public opinion.

It’s not the KKK rioting through cities, burning businesses, buildings, looting and destroying primarily minority-owned property.  It’s not NN’s today stirring up racial hatred and attacking people based on their skin color.  It’s not the KKK who have killed something like 35 people in the past 140 days of violent rioting, most of them POC’s as well.  It’s not the neo-Nazi’s who stalked two guys walking down the street minding their own business who had just driven around town and caused no damage or violence, then screamed "we have a Trump supporter here” and then executed an unarmed man.  It’s not the KKK that showed up at a detention facility armed to the teeth with weapons for a shoot-out.  It’s not NN’s chasing down a kid who literally hours before had been cheering BLM’s position, cleaning up damage and providing first aid to rioters, while shooting at him, and forcing the kid to defend himself with lethal force, then claiming he was a white supremacist.  It’s not the KKK tearing down statues of Lincoln, paid for by freed slaves, or Frederick Douglas, or of abolitionists who died fighting slavery, or hell, even a statue of an elk!  It’s not NN’s who go to a black man’s house and demand that he take down his american flag or they will burn his home down.  It’s not the KKK who burned down an apartment building where families were living because there was a rumor the building was used in trafficking, without evidence.  It’s not the NN’s marching through suburbs, frightening normal people and using their presence as a shield against police actions.  It’s not the KKK writing justifications for looting, and calling Jews the face of capitalism. (sound familiar?)  It’s not NN’s who walk up to people they don’t like, away from the people they were allegedly and illegally hired to protect and use the excuse that a man has pepper spray in his hand, to shoot them in the face.  That’s all you.

I am, admittedly, lumping you all into one pot, so some of my accusations blur the boundaries between these groups, but you are more or less the same in my eyes.  Same drink, different flavors, in my view.  I do feel like I am living in pre-war Germany.  But you are the Nazi’s.  In a very real sense, I mean that.  You are the Nazi’s in today’s society, waiting for your Hitler to arise.  You are the ones going about advocating against free speech…with violence.  You are the ones justifying your actions with claims of socialistic reform and revolution, with violence.  You are the ones burning books, both figuratively and literally.  You are the ones with cancel culture as part of your methodology.  Even you.  I’ve literally watched you do it, XXXXX, though you said you think cancel culture is stupid.  YOU did it yourself and I watched you do so because someone dared to speak and eat with people you don’t like.  You are the ones stoking the fires of racial hatred.  You are the racists and identitarians.  Even in your racism against white people (and POC’s who disagree with you, which justifies you in calling them racial slurs) you are, ironically, the actual white supremacists.

And just to be clear, I’m not condoning the actions of the groups you fight.  I’m not saying I agree with them. I gather there have been some violent acts with PB’s in the past.  They had a “4th degree” in their organization that you reached if you were involved in a fight, but they’ve stepped back from that I gather.  They seem more like a fraternity, and I don’t like fraternities (or sororities for that matter).  I am not aware of any violent activity perpetrated by Patriot Prayer.  And any group has its own, individual crazies.  I don’t have to agree with them, or even like them to acknowledge that Antifa, BLM and company are worse.  For them, violence is a primary means and goal, not something that pops up accidentally.

No.  You are not right.  You are not noble.  Your organizations are literally, morally evil and the closest thing to a Nazi party in existence right now in our country by any metric or standard.  I just wish you would recognize this and get out before its too late.  I adore you, and I hate to think of you as part of them, just as I would, had I learned you had joined the KKK. 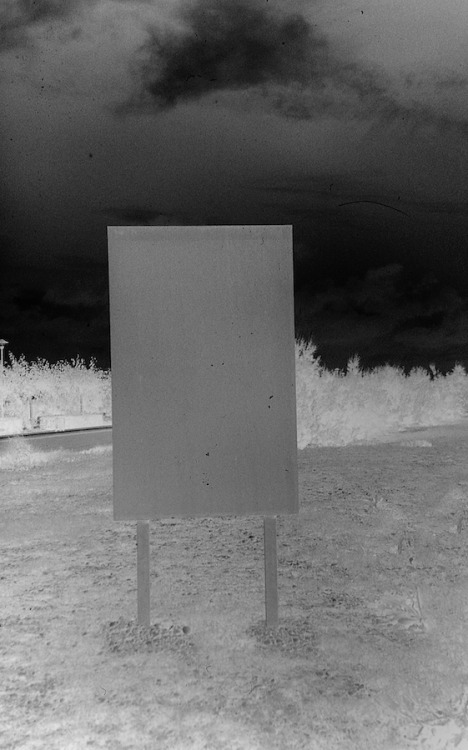 My guilty pleasure is getting drunk and high and watching Intervention. That’s all I’m doing tonight. Fuck people. 💖

1. What’s the name of your childhood bestfriend? Do you still keep in touch with each other?

My friend’s name is Piwee. The softest fluffiest pillow ever. We always sleep together. Piwee knows all my heartaches bc I use her hands to wipe my tears away.

At this point I can’t remember the last time I studied Respiratory conditions, diseases and disorders. But here’s a breakdown of pneumonia and pneumonitis pathophysiology.

Poetry is not an intervention

or a therapy session

but you can help with it.

“From the series : “WHEN YOU ARE NOT THERE” 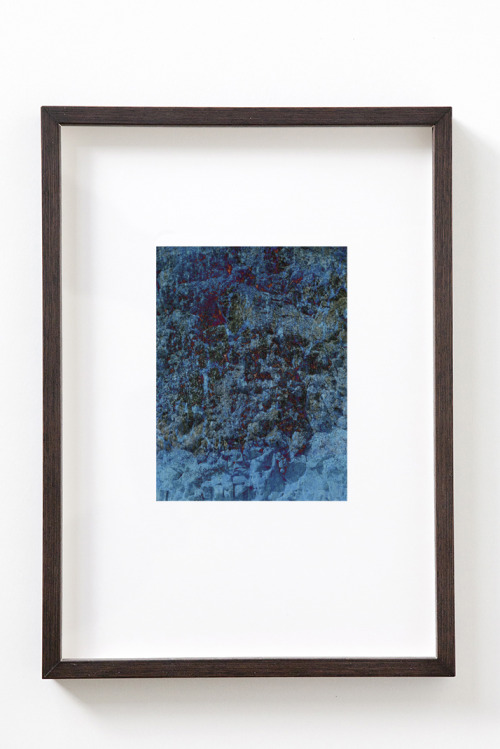 #Rupert Graves, #Wallander, #Air Force One is Down, #Royal Celebration, #Different for Girls, #Intervention, #Made in Dagenham, #The White Queen, #The Revengers' Comedies, #The Innocent Sleep, #random collection
30 notes · See All
devindoesartText

So my family held an intervention for me :’)

Will talk about it tomorrow 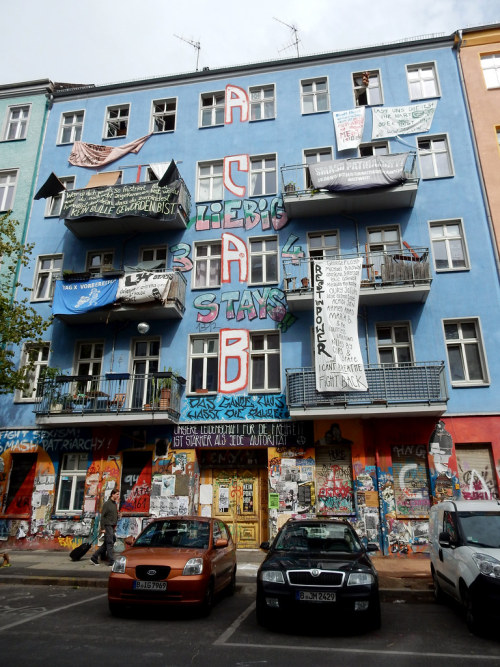 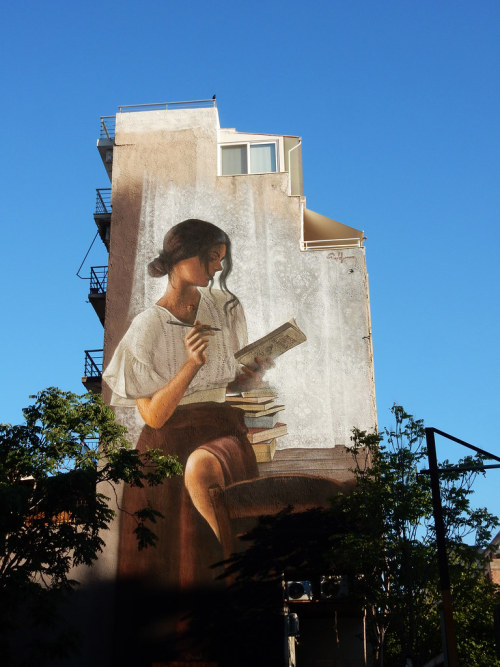