Rhodey: ….Tony how many kids do you have

“Look, Tony is a great guy, but he doesn’t have a life plan. He doesn’t even have a day plan. I once saw a sticky note on his fridge which said ‘put on pants’ followed by a question mark.” – James Rhodes

“If I had a dollar for everybody I couldn’t hang out with because they hated Tony, I’d be rich” – Rhodey, probably

[Tony fumbling in the background]

Rhodey: I’d also like to apologize for my partner

Rhodey: His parents didn’t give him enough attention as a child

The starting difference starts of course with screentime/attention. MCU!Rhodey was rarely seen outside of Tony in the MCU but in 616 Rhodey is given far more attention (and solo time!). Personality-wise I think they’re both really headstrong. 616 Rhodey is far more cunning and willing to do whatever it takes to save Tony to get the job done. If I had to put the differences into simple terms, 616 Rhodey is dumb of ass (trophy husband) and MCU Rhodey is pure of heart (bestie).

Solicitations for Captain America #23 by writer Ta-Nehisi Coates and artist Bob Quinn show a currently unknown character decked out in the iconic red white and blue suit of the Iron Patriot, on a cover by industry legend Alex Ross.

The cover shows an unfamiliar face within the suit, wielding Cap’s shield and giving the reader a grin. The Iron Patriot armor, originally created by Normal Osborn in the comics, is now known better for being featured in the Marvel Cinematic Universe’s Iron Man 2 under the ownership of James Rhodes, the character traditionally known as War Machine.

It is unknown if this cover implies a major shakeup for the book’s status quo, or if the art is simply an aesthetic choice. The most recent owner of the Iron Patriot armor was Toni Ho, a character who is currently in a supporting role on the book as a member of the “Daughters of Liberty”.

Whether this suit actually appears as shown in the story, and if it will be end up worn by Rogers himself, an existing character or somebody entirely new remains to be seen. The solicitation for the issue reads, “A restoration! A resurrection! A bit of redemption! And the return of Cap’s number one foe!”

Though it was originally solicited for June, Captain America #23 is now scheduled to be released on Sept. 16.

A restoration! A resurrection! A bit of redemption! And the return of Cap’s number one foe! 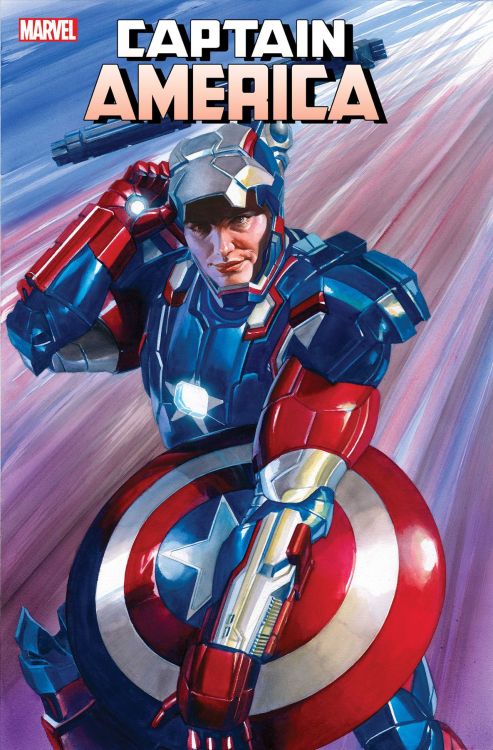 Ok, well, I’ve been having recent thoughts about this mysterious knight who looks like Knull.

Cates himself confirmed that it was not Knull, which has led many of us to think two things.
1. It is Wraith owned by Knull
or the most theorized:
2. He is a Dylan of the future.

Even I have come to do some concepts about what Dylan would be like in a similar outfit as a child.

The case is, that this theory is very supported, because there is a great number of probabilities that Virus comes from the future.

In the previews we saw of Venom Beyond, we see Eddie fighting Virus in a place with flying cars.

So my theory is this:
Who is Virus?
Let me say it with a picture:

Yep, my theory is Normie Osborn from the future being Virus.

a lot of people Says it should be Eddie, trying to avoid his son’s fate but…

As we see, Virus is going to kill directly.

Why would he try to kill his son or even himself?

Ok, let’s continue with the topic, Why I think Normie could be the identity of Virus?

First of all, the fact that Dylan was his friend, and he saw him succumb to Knull  and became his new vessel.

With this, I am also insinuating that Good Son could be canon, but not our canon, an alternative timeline.

Normie would be trying to travel to the past, to the present where Eddie and his son have defeated Carnage, and eliminate Dylan before he becomes the new Knull and threatens the earth.

And now you will wonder why he uses the War Machine armor?

well, it’s something that made me wonder at first, but then I remembered one thing.

Norman was not only the Green Goblin, he was also Iron Patriot.

Well, for now this is my theory, I am 90% sure that it will fail, as happened with the good son theory, but it is always good to share something in the fandom. 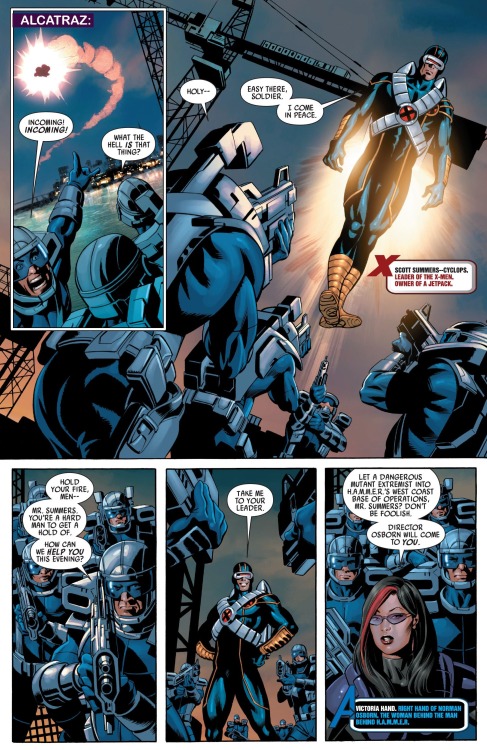 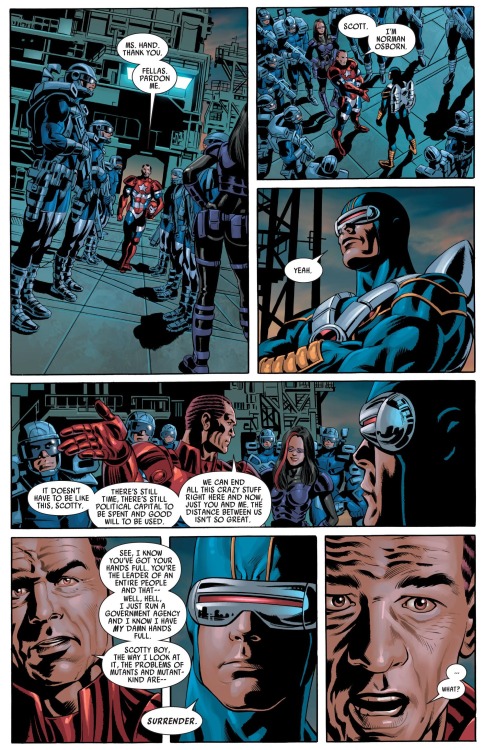 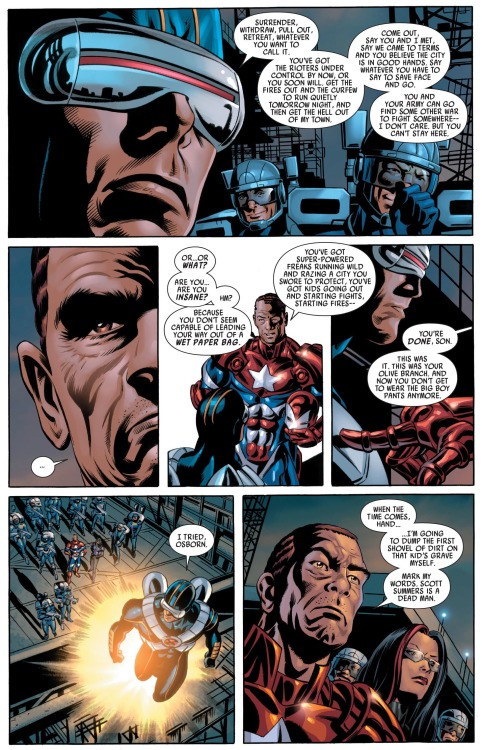 I don’t know if the fluffiness is similar, but I tried!

Sometimes, Rhodey forgets that Peter is a teenager.

Which is why he immediately drives over to his place when Peter sends him the text THIS IS AN EMERGENCY!! I NEED YOUR HELP!!, cursing Tony for not finally finishing the nanobot version of their suits to fly there.

Turns out, Peter isn’t being attacked or threatened or anything that would send Tony in an absolute rampage if he ever found out. No, Peter isn’t hurt, not even a papercut and every single one of his curls in place. He does look a bit pale, though, but Rhodey thinks it has more to do with the panicked look in his eyes.

“You’re not hurt,” Rhodey states before Peter can open his mouth. Peter blinks in confusion. “And you’re safe at home.”

“Yeah, of course. Why would you think anything else?”

“Because of this!” He holds up his phone, showing Peter the text which is followed by several text containing exclamation points and seemingly random emojis. Rhodey thought Peter might have been kidnapped and tried to type a message blindly, completely failing at it.

“But I do need your help,” Peter insists again as he lets him into his home. “Mr. Stark’s birthday is in a few days.”

Peter groans, and Rhodey tries very hard to keep the smile at bay. That little shit almost gave him a heart attack, he can pretend to not understand what he’s trying to say. “I mean I don’t know what to get him. Can you help me?”

“Just to be clear: You sent me a text that made me think you’re dying because you’re freaking out about Tony’s birthday gift.”

Rhodey starts doubting the IQ of those so called geniuses he spends time with. Well, he’s been doubting Tony’s IQ for years now, but he thought there might be hope for Peter.

“I don’t have any at all,” Peter whines and slums down on the couch, Rhodey joining him after a second. “Do you already have your present for him?”

“Yeah, a pair of nice cufflinks.”

“That sounds too expensive for me.”

“You also shouldn’t steal my gift ideas, that’s rude.” Peter starts to pout, hugging a pillow to his chest and probably feeling very sorry for himself. Deciding to give him a little bit of hope, Rhodey puts a hand on his shoulder and squeezes it. “It doesn’t matter what you get him. He will love the gift, whatever it is. And if you don’t get him a gift at all, he won’t mind.”

“You guys take a bunch of photos together. Why not make him an album or something?”

“I already did that for Christmas.” Right. How could Rhodey forget Tony (what he thought was drunk-calling because it sounded a lot like it, but the guy was actually completely sober, just very emotional) telling him about it? “Please help me, Colonel Rhodes. You are my only hope.”

Rhodey squints at him. “Did you just quote Star Wars at me?”

Peter gives him a cheeky smile. “Only if it works.”

Of course, it works. Rhodey is just as much of a Star Wars fan as Peter is, and the kids knows that, thanks to Tony not being able to shut up. Besides, it’s not like he has anything better to do today… well, no, he actually has to look over a few old mission reports, but they seem pretty boring compared to going gift shopping with Peter. Tony pretty much monopolizes all of Peter’s time, making it close to impossible to talk to the boy alone. This could be his opportunity to get back at Tony for spilling out his Star Wars obsession.

“Alright,” Rhodey agrees with a theatrical sigh (wow, he spends too much time around Tony), which has Peter beaming, “but you will buy me a Slurpee for my troubles.”