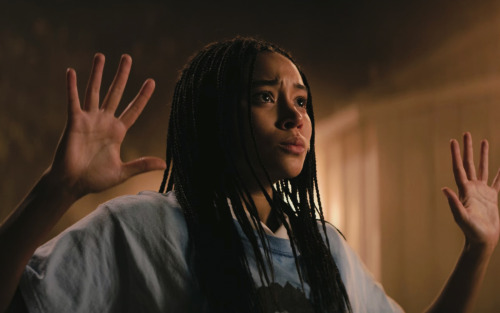 Aunty is a strategist, takes no shit, and at the end of the day she does what she has to do to keep her an her group safe. You might win the battle but she gon’ win the war. Negan light work for her. She don’t talk about her past a lot but she been through some shit even before the fall. It might catch up with her. She has her signature machete and a pistol.

He was an African American History professor at an HBCU before the outbreak. He gives good advice, got a dry sense of humor, and laid back but he turns ruthless when he’s pissed. He stays calling people out on shit and knows all the tea. He’s Aunty’s Right Hand Man and Rick know not to give him orders. His weapon of choice is a cane knife he got from museum he was doing research at. It was previously used in a Louisianian slave revolt.

Charasmatic hothead that went from Rags to riches and back. He always startin shit in the group but they keep him around because he real. He had a drinkin problem but the sudden lack of liquor stores got that [mostly] handled. Sometimes he think he runs things so Aunty has to get that ass in check, but he always manages to get out of tight situations and makes people wanna follow him. He sells the group out once before settlin down. He don’t mind doin the dirty work if necessary. He be tryna flirt with Aunty but she pay him no mind. He lookin for someone named Cookie. His weapon of choice is a hand ax and brass knuckles (for when shit get real).

Very outgoing and always involved in something. She miss the clubs and still gets mad she’ll never get to experience Biker Week. Her sister got the brains and she got the heart, but she has her own brand of intelligence. She feels restricted staying in one place all the time, so she’s great at scoutin’ and scavenging. Good at thinkin’ on her feet. Her and Unc be sneakin off to drink sometimes but they usually get caught and it turn into a kickback. Stay findin’ all the cute survivors.Her main weapon is a katana she found in her grandma closet.

June Bug is her “half-sister” (dad’s side) but they real close. People tend to underestimate her (until they don’t) but she begins to like it that way. She’s the diplomat of the group and always mediatin’ arguments before Aunty step in. Great analyst and problem solver but her self confidence is shaky so she be overthinkin’. Aunty and the Professor are preparin’ her to be a leader. Weapon of choice is a long-range rifle with a noise-dampening silencer and a Kukri knife.

He was a foster kid but he ran away enough for it not to matter. His family(s) were shit… except the last one but theyre gone now. Nobody could replace his momma anyways. He quiet and dont really talk to nobody. Everybody listens to what he has to say. A jack of all trades but a master of none. He’s loyal af and always ready to do what he has to do. He’s doesn’t like feeling ‘seen’ so he’s often wearing his black face mask. It also helps with the dead smell and splatter protection He mostly talk to Athena and Kev, and don’t really fw anybody outside the core group. His weapon of choice is a bat.

Kev - Jharrel Jerome (The Hood One)

Bout that action. He street smart, good at readin’ people, and rarely complains. Don’t let him and Unc team up because they gon’ get into shit but their dice games be funny as hell. He lost contact with his momma an sister during the Fall, so he got a real soft spot for Aunty and Baby D. Lowkey bi, but he ain’t acceptin it yet. He’s also the main  cook because he can turn a can of beans into heaven. He likes to tease Black a lot until someone butts in. They was cool before the Fall and slowly start growin’ closer after they escaped together during the initial outbreak. He main weapons are a steel field hockey stick, a knife, and occasionally a crowbar.

He don’t last long. Was always tryna steal food and create alliances in the group. Nobody really trusted him but its still sad when he die. He kinda funny. Weapon was an expandable steel police baton.

Harlem and Kev found her crying in a locked room when she was four or five.. Nobody knows how she got there but there was a note sayin to protect her at all costs. She’s everybody’s light when shit get dark. She’s also very intuitive and be reading everyone for filth. Her strengths aren’t totally clear yet. She always runnin into the room when she hear a snack being opened.  Kev gave her a switchblade and Aunty ain’t say nothin.

He comes into the group after Cliff get bit. Definitely an upgrade. He grew up on a farm in the rural Souf with his grandparents so he know how to hunt and grow food. He fast and wise. Aunty yell at him for walkin around with no shoes on so he ties em together and hangs em around his neck. Real chivalrous with a gentle heart. (and means it). He got a crush on Issa but don’t say nothin’. Unc says he playin games. He uses a hunting knife and a crossbow.

Summary: Government and corporate powers were testing illegal new drugs in poor/black and brown communities across the nation. At first they worked and people’s health were actually improving, but then something goes wrong and they get worse than before. The invested parties try to keep it quiet by paying off the victims and drawing out, but people start dying…then they come back.

I can’t stand that Ari Lennox btch… She really first started crying about Black Men calling her a bull dog face and shortly after enabling some old “thug” that was sending death threats to an elderly black woman. Then BM were still calling her a Rottweiler even after she was on Twitter saying “My Beautiful Black Men..” “My Beautiful Black Men.” To that misogynistic dusty cricket telling to grow her own hair. That’s hilarious, everything goes back to her to being a victim of misogyny and degraded by BM but also her disrespecting and ganging up on Black Women. She deserves this and more lmao. I don’t feel bad for her not one bit

“Fade Away (from The Photograph)” by Lucky Daye

she got it so right!

I made a gc for Insecure. Season 4 drops in April!

“…what your parents do and what they say obviously affect you and how you feel like you deserve to be treated.” ⁠Explaining how she prepared for her role in The Photograph, Issa Rae said she drew from her relationship with her parents, sharing an experience that followed her for years. ⁠

Hey guys! Here’s a process video for our Solana Pin’s design. I‘m thinking of making more of these kinds of videos for our pins that were particularly fun to draw ✍🏿😊

Let us know what you think!

Ok but what confuses me is that Lawrence most definitely started to get his shit together while he was still with Issa. Like don’t try to act like Issa wasn’t basically just sitting there complaining about his inactiveness to Molly while not communicating her feelings to him. Example of that? When she made that snide comment b4 going to the club with Molly in s1 and then kissed Daniel in his car that very night…….He acted genuinely surprised bc that was most likely her first time verbally expressing unhappiness with his efforts.

He then went and took a job he was genuinely over qualified for and was actively trying to show her that he loved her and wanted to be better. THEN, he went in for the job interview @ that tech place and almost didn’t take it bc he felt he was once again over qualified bc of his college degree and what progress he’d made with his own technological efforts. When he expressed this to Issa and she urged him to take it anyway bc y'know bills and through that job he could gain more opportunities and he took it.

Y'all really act like Lawrence hadn’t been @ her WeGotYall event in a suit and a fresh haircut and new job AFTER she’d already cheated.

As Molly said, Lawrence saw she was unhappy and changed for her. He became better for her. Bc he loved her. So I really don’t get the frustration about his character.

Issa cheated on him, she’d emotionally and mentally abandoned the relationship way b4 she even fucked Daniel.

Ok he did Tasha wrong. From the very beginning. He knew that she had romantic feelings for him and still fucked her. Like yeah shorty consented but still that’s a shitty thing to do when u know that person is already weak to you. Then I genuinely think everything he did to her after that (apologizing when he wasn’t sorry, pseudo dating her just to fuck and then embarrassing her in front of her family when he said he’d be there) I think all of that was genuinely him doing nice guy shit to convince himself that he was still a good guy. I think everything in s2 was him focusing on how Issa’s actions hurt him and not necessarily on how his own actions led to them. And therefore he couldn’t fully deal with that pain and heal bc he never acknowledged his part in it. Bc while cheating is inexcusable, there is definitely a reason.

Issa is obviously someone who lacks passion and ambition and Daniel represented that for her when Lawrence didn’t. Even after Lawrence showed that he had heard her it still wasn’t enough. So she cheated.

Issa and Lawrence did themselves no favors by not talking about the situation afterwards. Like they were together 5 years? They owed themselves that conversation. Lawrence obviously had never wanted to come to terms with the fact that he had dropped the ball, he had stopped being what not only Issa needed but what he needed. Even when he had gotten his shit together, he didn’t really stop to assess how he had even gotten to that point. So he started to view everything that happened in s1 through a very narrow perspective. He started to view himself as the victim and this paved the way for all of that anger and frustration to manifest in his s2 behavior.

I think Insecure is great in that they took a very common archetype of today’s black man humanized him. We’ve seen this type of ain’t shit nigga before but we’ve rarely seen them see the error of their ways and grow to be better.

#insecure hbo, #issa rae, #jay ellis, #damn i wrote more than i thought, #lol, #full disclosure: im 19 ive never been in a relationship, #this is all just what ive seen in my years of life paired w/ my own perspective
2 notes · See All
sinnamonscoutureText 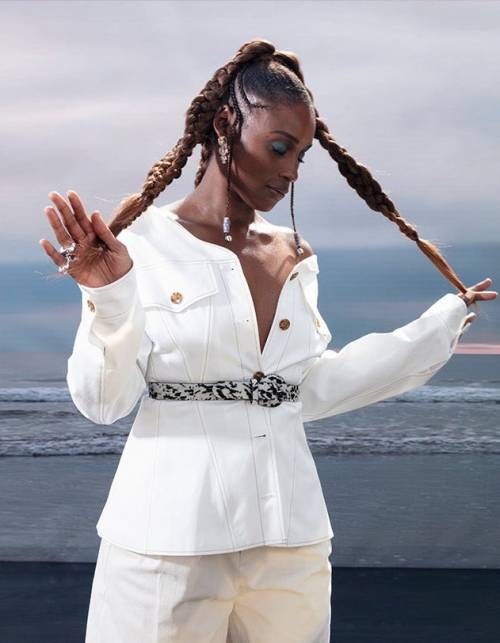