Trending Blogs
#it made me feel so sick
tenfluenzaPhoto 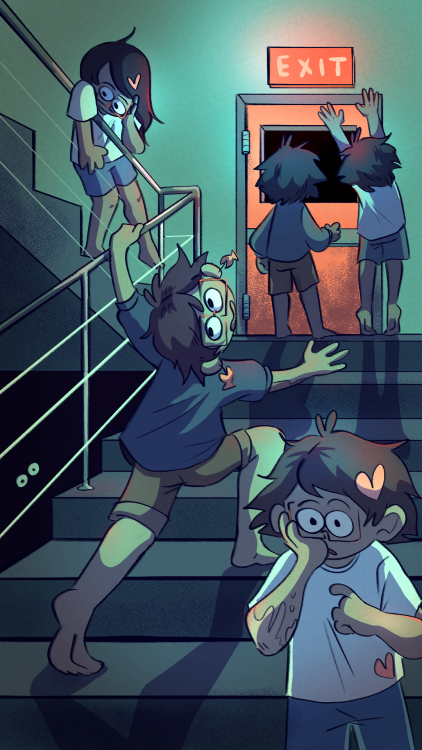 #art, #digital art, #artists on tumblr, #art of a dream i had, #it just made me wish i didnt feel so sick all the time, #senpaifart
14 notes · See All
chrisbangsText

i made myself so upset just now i’m ridiculous whhejsjskdnd

#i cant believe i made myself cry thinking abt things, #i'm so sad lol, #i wanna die what is wrong with me fr, #😭 m so tired.., #so sick of feeling like this, #i'm trying so hard not to be sad or depressed but i can't control anything in my life, #i feel like a train wreck, #my life is a fucking nightmare, #i feel so numb idk what to do whehehejejedj, #just gonna do work, #god i wanna die ehejejejkejskse, #li.txt, #dl, #neg
0 notes · See All
n-o--v-aText

At least i know I’m autistic now and I know that’s the source of my disorder versus several years ago when I had no clue why I was like this. At least now I can try to say “sorry, I’m autistic and it makes eating food difficult but I promise it’s nothin personal” instead of just begging people to understand or saying I’m allergic to random shit or throwing away food when nobody’s looking

#genuinely sick of it, #i made myself cry just thinkjng about it lmao, #this disorder is making me sick because of my diet too, #i constantly feel like shit, #and i have no resources to address it nor money to find solutions so, #arfid, #autistic problems, #cw disordered eating
44 notes · See All
nebucatText

#made me feel sick, #we need a reform so badly
0 notes · See All
wheres-my-f-ing-juulText

I wanna throw up.

#im pretty sure I made this same post a few days ago, #but its a common sentiment, #im just sick of living, #so sick i feel physically ill, #i just want someone to cuddle with by a bonfire, #and eat marshmellows, #idec about the calories, #if I had someone who loved me, #id eat a stupid marshmellow, #my post
1 notes · See All
alanisinterludesAnswer

!! literally!! she said she noticed I moved the scale and wanted to know what it said akrkvkskgjs W H Y 👁👄👁

#I DIDNT WANNA SAY IT, #SHE MADE ME, #I FEEL SO SICK
1 notes · See All
bellarkesurvivestogetherAnswer

I feel you. Still doesn’t seem real. And the worst part is as much as I want to ignore it and pretend it never happened I can’t get it out of my head…but dramatic but it’s true

#i cant even read fanfic atm, #tried watching a fan edit on instagram and it made me feel sick so theres that, #bellarke, #the 100, #bellamy blake, #bellamy x clarke, #the 100 spoilers, #clarke griffin
6 notes · See All
cro8atText

#wevhad plans to get dinner tonight, #he texted me saying he forgot he made other plans tonight and offered to do dinner tomorrow., #i told him i started to feel a little sick so it woild be best not to go it until im better, #now hes ghosting me, #like, #wtf you can double book yourself and expect me to change my plans for you, #but i cant be sick and want to reshedule, #im so fucking over this
0 notes · See All
wizardouxieAnswer

I will absolutely not. Due to personal experiences of having to go on school lockdown before, this is too triggering of a topic for me to write for and for others to read.

Just want to make things clear on here: if you write, draw, allow, or excuse in/cest in any form or fashion, get the fuck away from this blog. Your views are actively harmful and I want you nowhere near me or any of my work. This applies to other similar subject matters, such as non/con, abuse, beas/tiality, and other vile tropes that I have seen far too much of in this fandom. This is not inviting argument. This is not up for debate.

#i’m so sick of the discourse surrounding all of this, #because they have made things feel unsafe for me and many others, #and that’s not okay, #especially when you are making minors unsafe, #salt, #my posts, #important, #also don’t come at me talking abt antis, #just don’t
15 notes · See All
baronessblixenText

I picked up a few new followers and just wanted to say hi and welcome 😁 I hope you enjoy your stay on my blog. I try to make it a pleasant experience.

There’s a lot of x-files here, and other stuff I enjoy. I have a very soft for Gillian (Anderson) and David (Duchovny). But I hope you already know that 😁

If you have any questions, requests or anything at all, my inbox is always open for everyone!

Thank you for following me 🤗

#personal, #welcome new followers!, #and thank you for my longtime followers, #this blog owner is very very tired, #and feels very soft, #(and kinda sick cause i ate some bad cheese 🤦‍♀️), #i love you guys and tumblr so much, #made me forget the work day, #all of you are awesome, #thank you ❤
19 notes · See All
annatomicalText

(already posted the last line so heres a line i wrote recently and liked!)

It was early enough that the light coming through the window was that pretty, watery gold that only came with autumn dawns, and it hit Gene in such a way that he looked as though he were made of light.

17. describe a fic that is still in the ‘ideas’ stage.

ok so. i like a good ghost story and i have been listening to my malarkey playlist on repeat for the past week (especially smoke signals ohmygod) so i thought about a longer fic where skips ghosts starts haunting malarkey once he gets back to the states. i like angst but i dont want this to have a sad ending so im working out the semantics of it, but i wrote a 300 word intro i like so we’ll see where that goes.

ive mentioned this a couple of times but like. i really like the idea of speirs and lip going on museum dates :) <3 especially the big boston museums like!! i know they would spend so much time with the sargents in the mfa and speirs could take lip through the ancient roman art and talk abt every person portrayed in a bust. and just. the two of them sitting in the courtyard at the gardner, listening to a performance……. speirs drags him up to where the paintings were stolen and spends an hour talking about theories and stuff……..yeah………

I’ve had. Eight shots of espresso today. I feel. Tired. Someone please explain this to me.

#my brain is tired but my body craves movement, #i cant stop moving, #my brain has been on go mode for days, #it wants sleep, #i sleep at night but i dont rest, #also discovered today that im still lactose intolerant, #those drinks my coworker made me fucked me up, #i feel so sick, #its not a fun time
4 notes · See All
feclenText

Anyone ever listen to something, and you checked the warnings before hand but it all looked fine, then you start to listen and it’s NOT fine?

Learn something new every day I suppose.

#the magnus archives, #episode 177, #it made me feel sick and awful, #i had to force myself to finish it, #i had no idea it would effect me so much
8 notes · See All
darlingfreddieText

#she cried and it made me feel so WEIRD, #but i needed to tell someone bc im like physically feeling sick and i didnt want her, #to b like 'o why r u sick'
10 notes · See All
captainmidgeText

The closer we get to game time the more nervous I get. Wish kick off would just hurry up now

#I'm excited to see them play again, #but sooooo nervous, #the last time I saw them was the Conti cup final, #and I nearly cried in the stadium when the last goal went in, #it made me feel sick, #it's been so long now, #I just want them to play well and enjoy it, #arsenal wfc, #uwcl
4 notes · See All
glitter-froggyText

#tw caps, #tw food mention, #it was really good cake i think i just got so stressed that eating kinda made me feel sick
0 notes · See All
badcountryofficialText
#i'm outside myself in. the strangest way., #half a second behind reality, #loosely tied to the concept of flynn, #pissed as hell and too scared to do anything about it, #too scared to do anything about anything, #i need to work thru some stuff but guess what?, #can't do it in this headspace, #but guess what again? as long as they're unresolved i'm gonna be in this headspace, #so now i guess i'm gonna have to work thru shit. like this., #and i just want to cry, #i want to feel safe i'm sick of this fear that's made it's home in me, #i don't feel safe i never feel safe and i never trust good things, #i'd like to receive good things and feel like i deserve them for a change, #i'd like to feel brave. or at least Capable, #this shoulda been a readmore maybe lmao, #edit: i'll try to fuck off now
0 notes · See All
Next Page