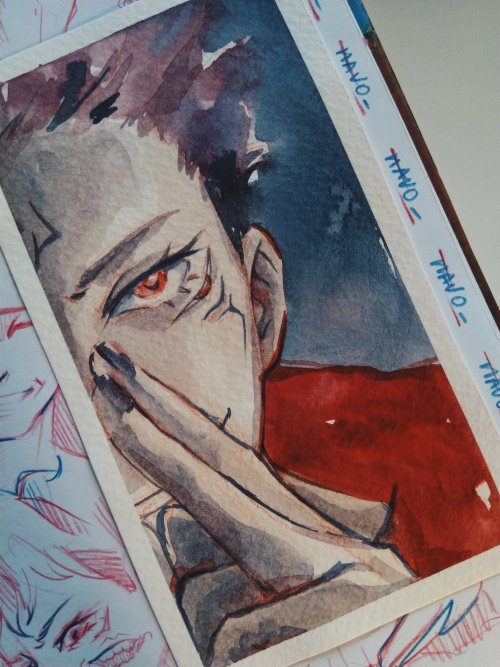 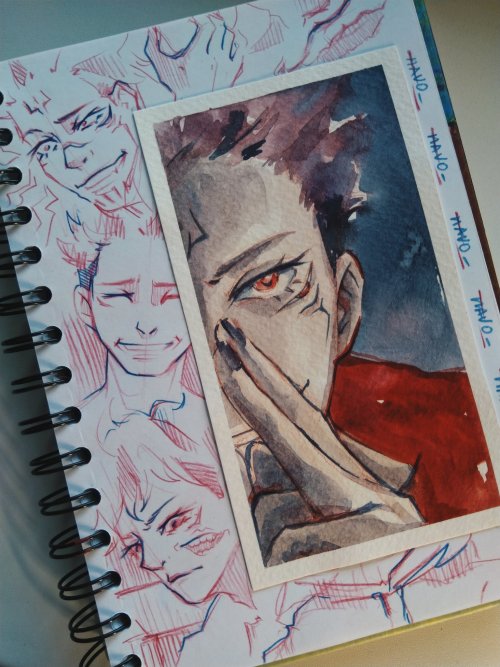 “Hey If you’re comfortable can you do Reader with amazing regeneration power ( like deadpool lol ) For Yuji And Gojou? Like they don’t know about their power tought they’re dead but they just pop up back like nothing happens and explain their power to them? But if you’re not comfortable it’s okay! thank you” -anon

Sorry this took so long! I literally completely rewrote this like 6 times and decided in the end just to keep it relatively simple and not overly detailed. Gojo’s part includes spoilers from the manga (specifically the Hidden Inventory arc) only because thats the only time i could ever think of a situation where he would see and be near you when you get that injured.

Despite all these rewrites i still hate it-

Manga spoilers for Gojo under the cut

The chin-on-palm game is a russian roulette with Yuji.

No, but really, it’s all Jungian. It’s the most Jungian story to ever Jung (not really, but it’s pretty close). Individuation, self-understanding, reconciling with your shadow, complete with a ton of Freudian imagery (and alchemical, too). If I had to sum it up in one sentence I’d say it’s about empathy, about learning to face the flaws in the world by learning to face the flaws within yourself.

I could get into the alchemy about animus mundi and microcosmoses but i will save that for another time, when I’m not tipsy and half-dead from sleepiness; this is super rambly but–

For example, Yuji. Our lovable dumbass lead. Don’t consider yourself better than others, Yuji, or the narrative will call your bluff and you’ll end up a mass murderer.

Yuji’s convictions aren’t wrong–in fact, they’re good. Yuji’s got a great heart. But the problem is when he selects who to empathize with and whom not to (as much as I loathe Mahito and will never ever forgive him because he killed my fave just plain sucks, he’ll only defeat him when he empathizes with him). So, Yuji’s now in a pickle.

Basically, Yuji: I want to stop cruel murders.
The narrative: cool story bro now pull the plank out of your own eye
Yuji: pikachu.jpg

We also have Megumi and the dangling threads of the Zoldyck Zenin family that will definitely not trip him along the path (my living fave donttouchmeimnotbitteraboutjunpei) and also how he too reflects the mindset of “kill the bad save good” but in an intellectual way as opposed to Yuji’s emotions. Megumi doesn’t think he’s good intellectually, but he behaves as if he is, and like, dude. Can’t wait for consequences for you. I swear I love him.

Oh and Nobura who’s currently facing some major consequences for her pride, Maki and Mai (whose being twins is used to call them to empathize rather than to just be like “Maki good Mai bad”), and Gojo, whose as much a child as he is a mentor. Good luck mentoring; you have to learn too. Anyways they all get called on their flaws in their journey towards self-individualization.

I hope this makes some sense.

Not me posting alot because ive been inactive

just here to join no nuance november and say if you are shipping gojo and itadori ur literally supporting pedophilia and should die💞💞 stop shipping a 28 year old man with a 16 year old! thanks 😋

My brain really said “wait… what if Itadori had 4 arms like Sukuna had” and went with it.

it’s almost 3 am and all i’m thinking about is Toji walking in on Megumi and Yuuji like “are ya winning, son?” 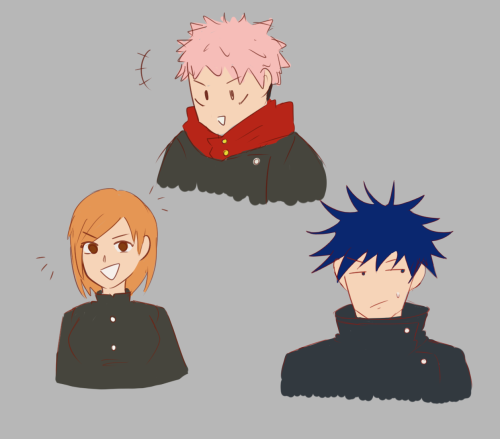 #i heard about the finger-eating thing but i did not expect what happened, #people are saying it’s like naruto but i got bored of naruto three episodes in soooo, #i’ve decided that the prettiest man is gojou, #his eyes are *chef’s kiss*, #so beautiful, #jujutsu kaisen, #jjk anime, #itadori yuji, #itadori yuuji, #fushiguro megumi, #kugisaki nobara, #gojou satoru
3 notes · See All
ush7jimaText