the start of autumn means the death of summer 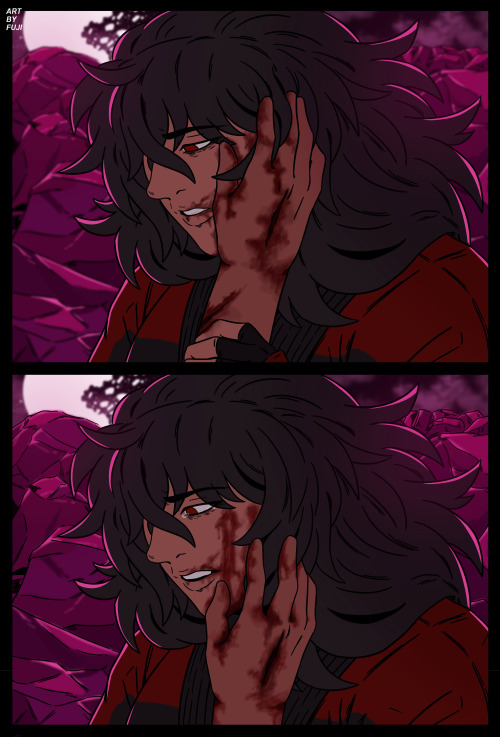 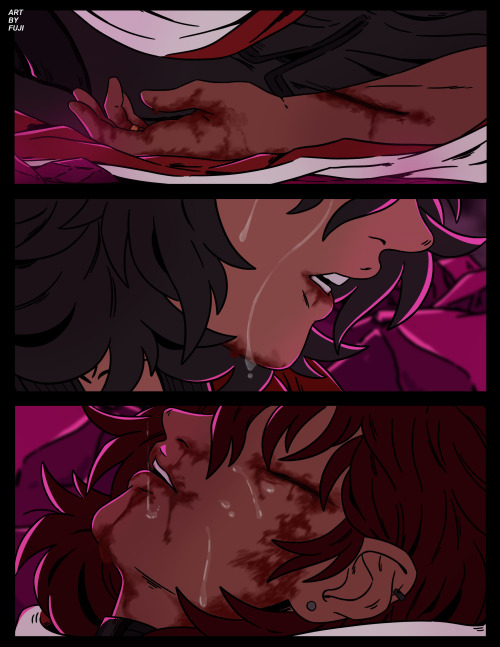 #blood tw, #rwby, #rosebird, #raven branwen, #summer rose, #my art, #sorry guys im evil now and that means art like this, #yeah i like to live in la la land and think raven was there during summers final mission, #dont worry about it, #its angst fuel
375 notes · See All
bokuakadailyText

im gonna finish fics on my list today,,, so pls i apologize in advance,,, i’ll be reblogging every single one of them 😭💘

#kae is gonna read, #finally, #it's been awhile, #i need some good angst to fuel my body
0 notes · See All
nadineselfshipsText

Sorry i wasn’t around today brain on 0% mode, i did manage to pick a shipname for me and Joel tho so that’s something !! I hope everyone else had a good day 💕💕

#nadine is typing..., #it's saturday so it's fine i didn't do anything, #i woke up and that's good enough !! go me !!, #anyway the shipname i chose for me and Joel is: Feels Like Home, #bc...... bc he feels like home..... uwu👉👈💜💜💜, #i'll try to pick up some energy to reply to messages but my brain is really a puddle today, #not to mention it laid the angst on t h i c c today like it gave me an hour of fluff and then the angst train came into the station, #vík come pick me up with the angst recovery train pls i have made myself tear up too many times today i'm fragile asjsjsj, #i was writing some dumb fluff tho so that already helped a bit, #oh i also watched techno's stream of the fesitval today and holy hell i cannot wait for the animatics ppl make, #i actually watched an animatic yesterday and then realised i knew the person who made it like wrow that community lorge, #no one probably knows what i'm talking abt bc u all are normal but the dream smp has been fueling me for a few months now okay askshsksh, #it's FUNNY okay oajsjsjdjd anyway i'mmmmmm gonnaaaaa try to think happy thoughts and finish art stuff, #good plan good plan
2 notes · See All
kristenbeeapplesAnswer

lmaooooo sola this is such a call out 😂 tbf it feels very fig to be like, ‘no feelings here at all!’ and then just spew a bunch onto an ao3 document. and yes! plotting is wild! i’m having fun but i also have to use my brain which is hard bc i have no brain cells :(

ragh and kristen fic! this is probably the oldest wip i have because i started writing it right after that episode aired, but then the NEXT episode aired and i dropped everything to write thunder in our hearts instead. the main reason i never ended up finishing it is bc i went back to rewatch and realised there is probably less than 5 minutes between the battle against daybreak and the demons ending and fabian crashing the ship into the side of a building - so not exactly much time for a heart to heart, lol. here’s an extract!

#thats-the-moon-grey, #thank u sola!!, #asks, #my fic, #my writing, #kristen, #ragh, #fantasy high, #remember the last few episodes of fhsy when brennan was just like, #kristen's gotta die! :), #daybreak fight she goes down, #then it's forest of nightmare king kalina ripping her to shreds, #then it's old dead horse stabbing her, #i know it had to happen for plot. but listen, #she's my fave leave her aloneeeee, #(don't it gave me so much angst fuel), #long post
1 notes · See All
lilycoveText

ok last jojopost before i shower but it bugs me a leetle when people are like what if bruno told people he was like, dead, like please that is such a big indicator of his character. please. Leave it

#like ok its angst fuel but is it not better angst fuel to consider like... how he feels internally dealing with it entirely alone, #he not only does not want people to worry. he Will Not Let Them., #theres more to say about this but (closes mouth)
3 notes · See All
sexysilverstriderText

your future girlfriend thats who

#white is seething w anger but its ok its the angst fuel, #fafar plays bw
4 notes · See All
zosonilsText

what happened to eyeless phineas i still think about him sometimes

#it's such a funny fucking animation error but like for all the content that came out of it you'd think there would be more of that left, #and like. i'm definitely glad that it didn't turn into a whole thing of abled people making shitty angst and not doing their research, #COUGHS IN THE DIRECTION OF MOTHER 3 FANDOM SO HARD I LOSE A LUNG, #[and yes i'm aware that i am a physically abled person who draws claus as disabled so i'm not 100% exempt from this], #[but i am Coughing at people who exclusively use him as a medium for shitty cold takes on disability i hate that], #what the fuck was this post about again i got distracted by how much i hate abled neurotypical mother fanon, #ok right yeah eyeless phineas, #as much as i'm glad it didn't spiral into endless one-note angst-fuel aus made by abled people i wish there was still a little content of it, #i will simply Have Thoughts about this and then probably forget about it in 3 days because i have adhd
8 notes · See All
Next Page