Y/N is a TV star starting her own YouTube channel. In the mist of vlogging, she reveals her horrible cooking. Her fans immediately tell Izuku, a cooking channel on YouTube, that she needs his help. They decide to collab and suddenly cooking is much more interesting to Y/N.

💚 💚 Warnings: 16+ for some suggestive content, drinking, etc. but mainly fluff, and a lil bit of angst.

💚A/N: Not exactly happy with this… but I’m also not entirely UNhappy. I hope you’ve enjoyed!! Also, this i the beginning of the angst, but I promise, it won’t get TOO bad. Also, excuse my thumbnails, I am ten thousand percept NOT a YouTuber heh.

Let me know if you want to be added to a taglist!!

Send me your predictions if you want as well :)))

Deku: uh. Kacchan thats not how you hold him.

Bakugou: *holding potato kaito by his large harness as he dangles from his teeth like a lion would hold his cub* >:C

Deku: this is litterally our house its the safest he’ll be 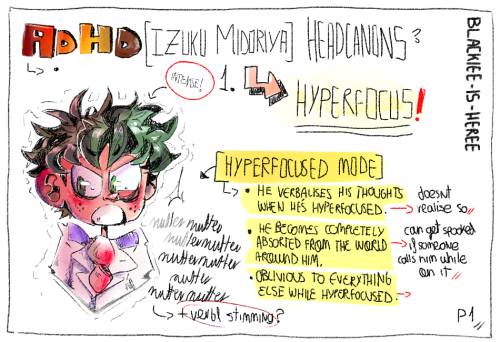 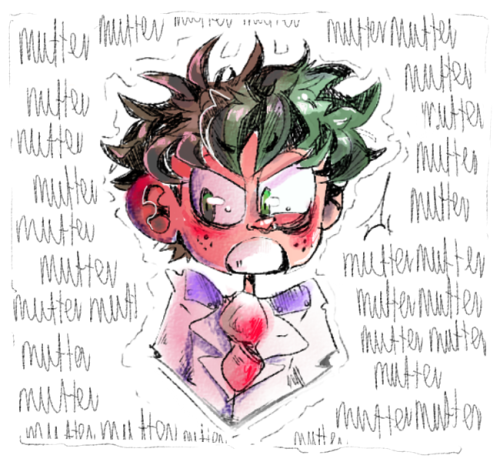 a/n: hey love! awe thank you so much! this request is really cute, kaminari is such a sweetheart and i love him so much omg. thank you for the request hun!

headcanon: them with a s/o who is badass when they fight but also denki’s crazy bff

I’ve been reading the fic Apertum Mortem on A03, and it’s honestly such a good fic that I definitely recomend!

Bc she once didn’t believe in him

“Please, I do not have time for all of these questions!” I said, shoving my way through the crowd of reporters. Most of them were about how it felt to be a real hero, and honestly… there isn’t an answer for that.

As I walked away, hearing the voices focus on Uravity, I feel a buzz. A call from… I check my phone. Inko? We haven’t talked since the Class 1-A graduation.

I decide to answer. What’s the worst that could happen? “Todoroki?! Oh thank Gods, please help me!” Inko cried. I could feel her tears through the phone. “Ms. Midoriya? What happened?! What going on?” I asked.

“Izuku’s in the hospital.” My eyes widened. How long had it been since I talked to him? “Okay, which one?” I responded, getting my keys and getting into the car. “Tsumarnashi Hospital,” was the only response I needed.

I started driving, and texted in the Hero group chat Denki insisted we all be in.

Icyhot- midoriya’s in the hospital.

boom boom man- what the hell?!

we all float- which one?!

Creati- Is he okay?!

I knew more messages were there, but I didnt want to read them.

we all float- On my way!

emo bird- I’ll be there in thirty minutes.

Icyhot- see you there.

Walking through the hospital, I find Inko bawling in the waiting room with Mitsuki. “Ms. Midoriya? Do you need help?” She turned to me and began sobbing as she hugged me.

“It’s hard for her right now. Inko, it’s okay…” Mitsuki attempted to comfort her before we all heard an explosion and footsteps.

“What the hell is going on?!” Bakugou yelled, making Inko cry more. Mitsuki looked at him with a death glare as she comforted the sobbing woman. His eyes softened.

“He’s- oh my god- he tried to kill himself!” Mee and Bakugou froze. That’s not what Midoriya would do…

By then Ochako, Bakugou, Tenya, Tsuyu, and myself were there. Momo and Fumikage both had on-the-spot interviews, and everyone else we hadn’t heard from.

We all had been reminiscing about what it was like in Class 1-A, when we heard a door open. “How is he?” Inko asked, having been most likely exhausted from crying.

“She’s doing alright, she’s also awake, if you would like to see her, Ms. Midoriya.” Inko nodded, and left with the nurse.

We were all confused and relieved. Ochako was the first to speak after the nurse left. “She/Her?” We all looked at Mitsuki, but she wasn’t there. When had she left..?

We didn’t have much time to ponder before the nurse came in again. “Ms. Midoriya said you few could see her- him, if you’d like.” We all got up and followed her to his room- room 597, to be exact.

We entered the room, and- oh my god.

His eyebags rivaled Shinsou’s from when we were in U.A. (Denki forced a better sleep schedule on them after they got married) and he looked like skin and bones while looking out the window.

“Izuku…?” Ochako asked, making slow movements toward him, seeing as his eyes were nearly filled with pure fear.

“…” He said nothing, but looked at her as if she were about to hurt him. “She- He’s very anxious about everything. He hasn’t said anything since he was conscious.” The nurse informed us.

“Deku?” Bakugou said, looking at him in- is that sadness? He was never empathetic before… Izuku looked at him in realization.

He began pointing at him. “Bakugo,” He moved his finger to me, “Todoroki,” then he did it for everyone there.

Don’t tell anyone about what you saw today, okay?

I decided to do a test, and oh boy, I LOVE IT, let’s just hope I can remember what I used. Anyways, have some more traitor Deku, I think I might go black and white for the comic, or something.

Reblogs are heavily appreciated! Reposts are not allowed, it’s the opposite of what I want happened.

Deku: Kacchan do you love me?

Bakugou: hmm i dont know i mean im married to you and we have a kid together.

Decided to draw my traitor au again, I really need to work on the comic but I have no motivation for it, and tbh I’m scared no one will want to see it. But it is what it is, am I right?

Reblogs are heavily appreciated! Reposts are not allowed, it kinda defeats the purpose. 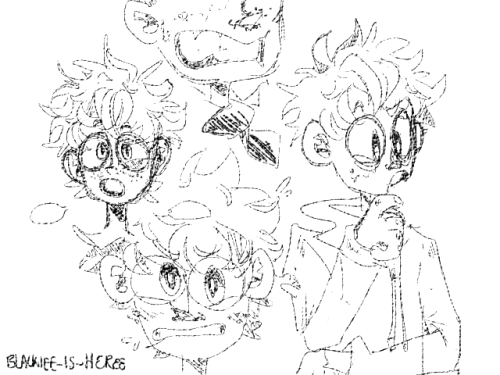 Her eyes whipped open in fear, body jerking up as her bangs stuck to her forehead from how much she was sweating.

Her breathing was uneven, eyes darting around as she could practically hear the boy’s laughter.

Wiping the sweat from her forehead, Gaby found herself thinking about the day it happened.

Why was everything so blurry? She couldn’t remember their faces.

The darkness around her seemed to close in on her, her eyes widening as she tried to calm herself down.

It was a feminine voice, anguish in her voice as she cried. There was a man as well, saying something to her but it was like static.

She couldn’t understand a thing they were saying to her and she found tears welling up in her eyes as well.

The voice, the first one she heard, was her older brother.

Her eyes darted around in search of something, anything, that could help her before her eyes focused on her phone.

Roxy usually stayed up late. She said so herself.

But Gaby felt like a burden if she texted the older girl so she began to scroll through her phone contacts.

Until a familiar name caught her eye.

Would he still be awake?

Sighing, she texted anyways and hoped he’d respond soon, she desperately needed someone to talk to and he seemed nice enough.

Brief Background: Reader has a healing quirk and works with recovery girl in the clinic to grow that quirk.

You always liked the clinic, with it’s crisp white sheets and the quiet hum of electrical equipment barely loud enough to hear. Working in the clinic meant filing and sitting at a computer all day, sure, but it also meant quiet stories of legendary heroes and soft talking as you ensure someone is feeling better. You were sitting in your desk chair when he came in, creating an elaborate stack of glove boxes on the counter.

Hello! I finally made my first animatic after procastinating for literal months~ 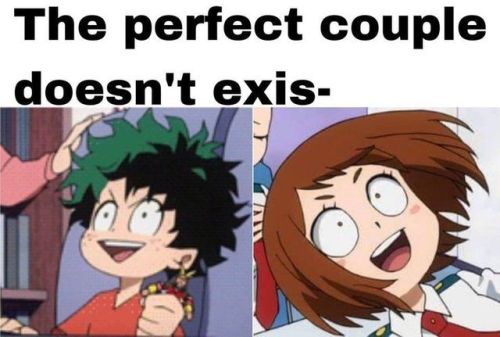