Here are the prompts for today:

In Which Dabi Spends Hours in The Library
by French Writings

Dabi is a good teacher. Kinda. He commits a crime.

Series: Part 2 of The Grey Area

Oh hell yes. You know Izuku’s tongue is well trained so he’s definitely got that natural talent. But also? You know he has a knack for research. He probably cracks open an anatomy book and studies the pussy. Then he sketches up a fucking attack plan on where to focus his attention and what kind of tongue strokes to use on certain areas. He’ll study your reactions, taking note of what elicits the sweetest reactions. Seriously. He has a notebook out and ready during sex. He is taking notes as he eats you out. (Granted, he may be a little sloppy at first. Too stiff and mechanical since he doesn’t have too much to go on beforehand, but he learns pretty quick in the midst of it.)

Bakugou is probably really sloppy and does it a little too aggressively? Like he takes the “eating” part of eating out too literally. He’s growing and nipping at you like a starved animal. He also thinks faster = better when he really needs to be taking his time and let the arousal build. But, it’s an easy fix. Just say that his technique isn’t too good and he will absolutely do everything in his power to improve until you can’t possibly talk smack while he’s eating you out again. Too busy moaning his name.

UGH SAME. I would love to WRECK him. Just-

Izuku: oo na ikaw na may malakas na quirk >:’( [yes i know you are the one with the strong quirk]

Shota thought discovering their ‘Nightwalker’ to be a kid was bad enough/ Not to mention how the said kid is literally Quirkless, meaning the law cannot touch him/ “I don’t wanna be a Hero. It’s too troublesome”/ And then this?/ Maybe it’s not too late to ask Nezu for a raise this year…/VERY FAST PACE. Drabble format/ EXPLICIT VIOLENCE IN CHAP 22/ Cover by Claire Dimlight

I was making another comic about this au and this was too cute not to share. Plus, a larvitar with freckles because why not. 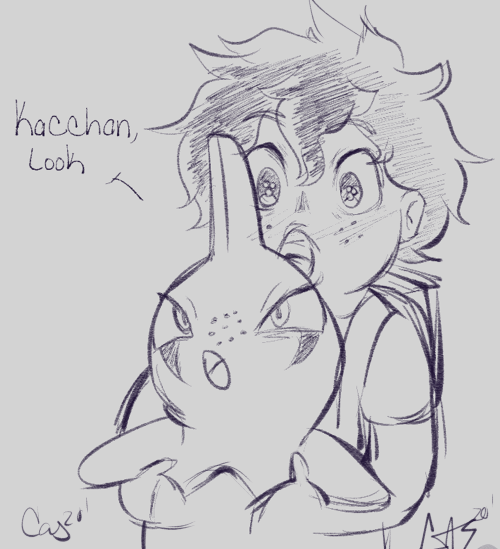 I did a little screenshot redraw of that :)

Original AU is by @garbageisland-0 , and the fic I’m currently writing for it can be found here  (There are also other really good fics for this au as well, some even by the original creator themself!!) More info about the fic updating below :) 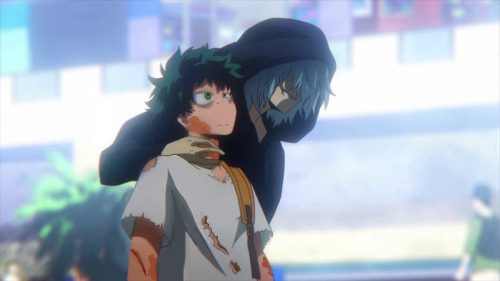 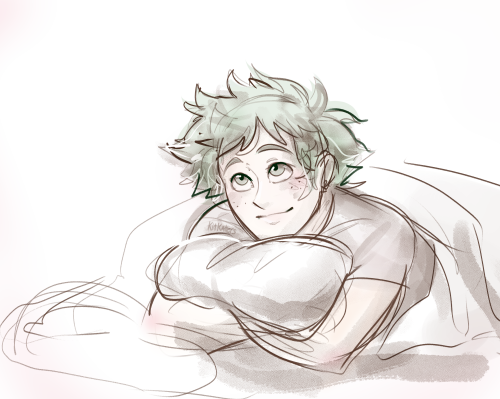 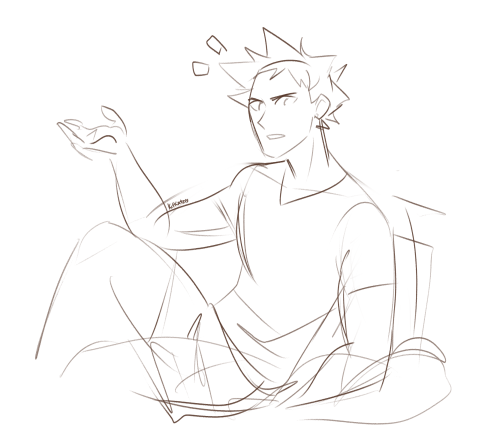 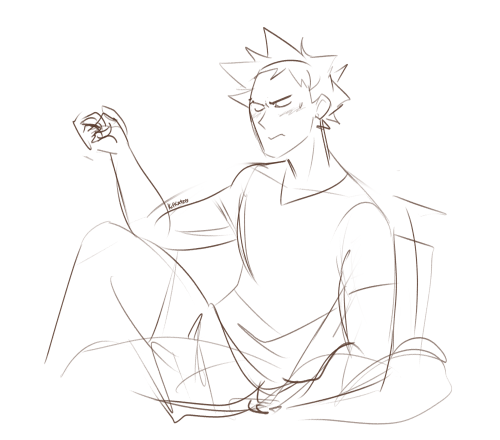 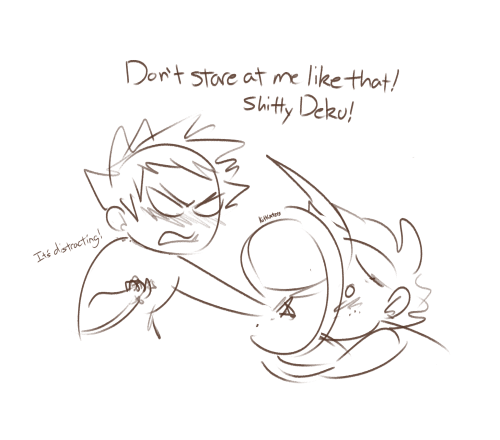 Listen… Kiri has you covered. He knows you won’t be up for doing much after such a rough romp. He checks your schedule beforehand, typically shooting for light workdays. He’ll cover your patrol if you really need to stay home. Maybe you’ve been working too hard and he really thinks you need to take a day off, so he gives you a thorough fucking so you have an excuse to call in sick.

Bakugou though… he has no excuse. He’s crying and whimpering under you, begging you to at least slow down so he can take a breather. He gets no such kindness. He CANNOT handle your pussy and he’s apologizing profusely for his smart mouth. And when does Bakugou ever say he’s sorry? When all is said and done and he’s trembling from the aftershocks, letting you help him drink some fresh water and rejuvenate, you explain that you aren’t really upset. Honestly, the squad’s reaction to his remark was pretty funny. But at least now he knows to stop and think before he pops off. 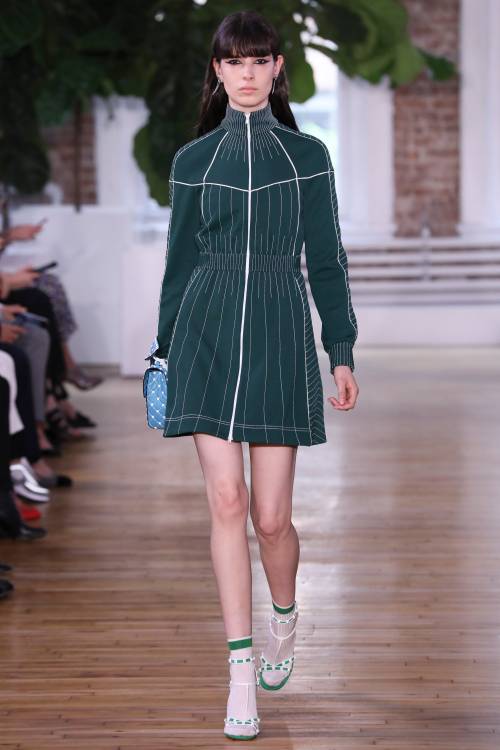 When Ochako suddenly and harshly dumps Izuku one day after four years of a relationship, Izuku is destroyed but determined to fix whatever had made their relationship explode, only for reality to hit him like a truck when he enters her home to find everything in ruins and blood splattering the walls…

What Fools These Mortals Be!
by Authoress Lilly

Prompt: AU where Kouta is a few years older and hates heroes a lot more than he lets on…

Thanks for the prompt Nova >:D

Series: Part 1 of A Midsummer Nightmare

So, once again I find myself comparing the two movies. Both Two Heroes and Heroes Rising take this cinematic opportunity to do stories we’ve never really had in MHA. Two Heroes had an Island on lockdown, using I-Island’s security to make everyone hostage. Leaving our heroes stranded in an environment that’s against them.

In Heroes Rising, we have all of Class 1-A responsible for the protection of the Nabu island, but when a group of ridiculously strong villains shows up, not only are they beat, but they still have to take care of the Island.

Now Two Heroes lockdown is a great premise, but Wolfram has no actual plan for I-Island. He just want’s David’s invention to sell on the Black market. He just up and leaves an entirely artificial island of the world’s greatest scientist with his power to control metal. And does nothing about it. It basically was an obstacle for our heroes to over come. No greater danger.

But in Heroes Rising, not only do our kids lose, but there is no fall back. They are trapped on Nabu Island with no way to contact for help yet they as the acting agency are responsible for all the other islanders. Even after an ass whooping they can’t fall back and rely on the safety nets of having a hero system behind them.

Because the people of Nabu are still their responsibility. Even with Deku and Bakugou messed up, Momo and kaminari need to prep spare generators, Aoyama and Ojiro are feeding the evacuated citizens, and provide a safe house for everyone who can’t be in their homes. Because this is kids forced now to be full time heroes. This is their responsibility and the people are looking to the kids to protect them.

I know i keep ragging on how much better Heroes Rising is to Two Heroes, but it just really hits you in so many ways personally. Showing that how to generate tension, relief, suspense, and hope, you don’t need a fancy backdrop or world eating giants. All you need is a situation that forces our characters to step up in ways they haven’t that’s new yet human and relatable.

I just really want that to be on the record.

idk where this would end up but

orphaned deku being turned into an agent for cherub, which by the time of heroes have officially rescinded any formal contact with governments and just, deku still decides to be a hero, but it’s also as his final mission to expose the commission and the backwards parts and thinking of modern hero society but you know, with his quirky friends

Brick House LMFAOOO I LOVE THAT

he wakes up to 20 children sitting on him and has no idea where he is. he never takes days off because he loves the babies & doesn’t wanna make em sad 🥺