Did he… Did Midoriya really wore the gym uniform to bed?

#bnha, #mha, #izuku mha, #izuku mydoria, #bnha izuku, #izuku, #deku, #bnha deku, #bnha s5, #pv, #episode 88, #look I know the preview was very ominous and serious, #but look at this boy, #did he seriously wear his gym uniform to bed, #was he tired from training or was it just something he did, #either way THIS BOI!, #pretty excited (worried) about his new quirks though
2 notes · See All
tranquilninjaText

This may seem a little sad in a couple places but I PROMISE YOU this is super fluffy cute stuff. The idea was inspired by the wonderful @imwithmidoriyaizuku and I am also tagging the darling @edwardslostalchemy because we all need some of the charming duo known as TodoDeku

There arent any real trigger warnings unless you dont like oceans, water, surfing, the sea, and things of that relavance and nature.

“Um, sorry if this upsets some people, but Katsuki Bakugou will most likely have very very little part in all of is. I have actually decided to just sort of turn him into more of a background character. So if you came here for the mentions of our explosive pomeranian, he isn’t here, sorry,”

“You’re really good, Izuku!” a familiar girlish trill brought Izuku back to reality, his body subconsciously preparing for the ever-persistent question. “How come you never went pro?” Nervous laughter filled the air around his head, it took a few moments to recognize it was his own. “Com’mon, I told you. Im way more interested in helping people, besides,” The man chuckled softly, “I get to do everything I love here.”  Some people just didn’t understand, he never wanted to go pro, in fact, he never would have learned if it hadn’t been for a certain professional. “I get to sit on the waters, save lives, and ride the wide-open waves freely.” Hearing Uraraka scoff the green-haired man couldn’t help but splash one of his long time friends. He had met them all when his mother had decided to send him off to one of the bigger cities schools rather than the little secondary education provided on their little island. They had all sort of separated ways, but every now and then one would stop by, well, all but one.

“Com’mon man, you could have been great but you just fell off the Earth after-” Uraraka paused, leaving the bright afternoon between them heavy with tension, “Izuku, I -”

Raising his hand to wave dismissively about the subject, Izuku honestly would just rather not think about it. Ever. They had been so close, and then one day the only thing he had found was a scrap of a hastily written goodbye. It wasn’t like Shoto belonged to him, and the lightly freckled man knew that it was ridiculous of him to believe that the heterochromia man would stick around forever but, to have left nothing more than a scrap of paper. As if it had been caught on something as he had tried to rip it away last minute. That had torn him up the deepest inside.

“Hey, I really am sorry, I cant imagine how difficult it must have been.”

He shot the girl a rather strained look, “Uraraka can we please just not talk about this. I’m past it already.” Yet, that couldn’t possibly be farther from the truth. Seeing Todoroki’s face all over the TV had been heart-wrenching, one day his best friend had been next to him, just one room over. Then he was gone, like smoke in a net, only to be solidified as an absolute water god on the TV as the duel haired man dominated wave after wave. It had practically knocked all the air from Izuku’s lungs, Shoto had jumped ship without a word to be absolutely famous. Famous for the same tricks he knew all too well.

She sighed heavily, reaching across her board to tap him hard against the chest, snapping his eyes open, Izuku cast a rather displeased glare toward the woman. “I just figured you would want to talk about it, considering Shoto is going to be in town next week for the tournament. He told the rest of us he would like to join the squad and me for a reunion, because of the tournament.” Running her fingers through her dripping hair, she gave him a pointed look. A look that Izuku knew all to well, it was the one she always gave him when she wanted to ask why he still hadn’t tried to reach out to Todoroki yet.

Izuku however, could have been in a completely different world, mind to busy swimming to register the side eye she was giving him. Shoto was going to be in his little tiny town. It was one thing for him to have come for the event, but for him to have chosen to stay in such a small place. For a few moments, Midoriya forgot how to breath.

He had no excuse, but at least he knew he hadn’t done it to be famous per se, he just couldn’t pass up such an opportunity. What had followed was the most soul-crushing emptiness Shoto had ever experienced, and his father was certainly a candidate for the worlds most emotionally distant father. He had left a note explaining everything, he had left numbers and addresses, and not once in the last four years had Izuku ever come to find him. Had it really upset the other man so deeply? Checking his flight times, his weight shifted from side to side, doing all he could to be inconspicuous. He desperately wanted one peaceful flight before he put himself directly in front of the person he missed the most. Certainly, Izuku couldn’t ignore him if he was there, he knew the golden-hearted boy had moved back home, to be closer to his mom, is what Uraraka had said. Right before she handed him a flyer for a surfing tournament.

Shoto couldn’t let this distance continue, so when he finally landed and took that almost unbearably long taxi toward the home of Izuku Midoriya, he knew he would do whatever it would take to get his friend back. How had he never thought to look here before? Perhaps it was because of the way he had only ever gushed about his mother, always shying away from his hometown and questions about it. Todoroki was curious and thirsted for the answer as to why he would ever return to such a place he was too embarrassed to speak of. Why hadn’t he ever tried to reach him, why did he just dissapear?

“You cant hide from me, Izuku Midoriya.”

I decided I wanted to do something more with this, so while this part may be short please be ready and waiting for what is next to come.

#tododeku, #fluffy tododeku, #this is going to basically be a bunch of tododeku and other stuff, #todoroki shoto, #midoriya izuku, #izuku mydoria, #shoto torodoki, #bnha, #uraraka ochako, #dekusquad, #fluff, #bnha fluff, #surfer au, #water, #waves, #wide open ocean, #i decided to do a little something with this more, #romance, #pro surfer shoto todoroki, #lifeguard izuku midoriya, #cute, #for real i love this ship its so soft, #ugh so cute, #get me some good tododeku
8 notes · See All
smol-caramelText

this is basically a continuation of the last one but here—

That’s how they should’ve ended the season is the intro of Dabi and left it at that cliff hanger. Deku’s dream doesn’t pop up until chapter 192,  After Enji returns home and talks to his family But its neat to see it before hand.

Have a vent doodle of Midorya I did.

Six fanarts suggested by my followers on Instagram @gigisketch

I wanted to learn how to draw Deku, so here’s some manga re-draws of some of my favorite Deku expressions (but with more freckles) I made for practice 💚 Numbers indicate the order I drew them in!

I’m lazy and I hate art 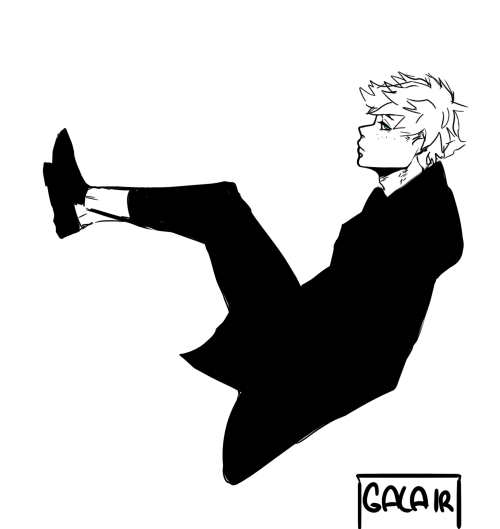 The new year of the Hero Course at Yuuei Academy is promising to be very interesting.
Partly because Principle Nedzu’s personal student and Yuuei’s very own teenage mad scientist is going to be part of it.

And Aizawa Shouta is so done with his life allready.

some tddk for the soul 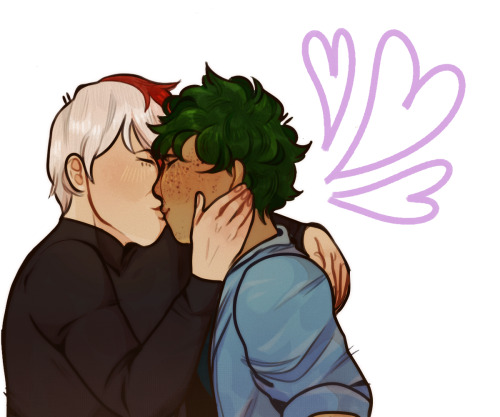 But you’re not telling me Izuku “flannel shirt” Midoriya, the guy who wears red high tops with formal wear is going to start making good fashion choices in any universe.

#izuku mydoria, #izuku mha, #deku, #villain deku, #bnha deku, #how I see deku being a villain, #look he's like that, #I'm pretty sure being a bad guy won't change that, #let him have his t-shirts, #mha, #bnha, #bnha au, #villain!deku
59 notes · See All
riley-creates-thingsText

What better way to start off this new blog than with this absolutely perfect being??? 😍😊

Welcome to my Tumblr BTW! 💕