yall are doing this and it’s cool so why the fuck not.

AH as photos i have

Fiona’s just along for the ride.

With the ending of season two of Haunter, I was reminded that I’m often dissatisfied with the crew’s verdicts on how haunted their locations are. So I made a numeric system to rate them in a (relatively) objective sense!

This is the link to the spreadsheet I used to organize this project.

Each of the cells under the location headers represents an event/piece of evidence from the episode. Hovering over one with your mouse/selecting it will show a note summarizing which event it’s addressing.

For those wondering, this was my process:

This is a screenshot of the chart for those who don’t want to/can’t open the link:

And now, under the cut- some interesting statistics and observations from my research!

Idea where Ryan, BM Vagabond, is part of a company of mercenaries. In this company, people can hire mercenaries for one job or, for a much higher price, have them near or with them up to four-six months.

Ryan has always been a lone wolf type of man, so he is mostly hired to do one job deals. Either way, the pay is still good.

He gets called over to one of the meeting rooms by one of his supervisors. He doesn’t really stress about it and just walks over to the room he was called to. Upon opening the doors, he’s met with his supervisor and the Kingpin himself. What could a guy like this be doing here? His question got answered when he saw the briefcase full of money.

“This fine gentleman has paid a lot of cash to hire you, Vagabond. And not even that, he’s paid double! I know you don’t like working much with others but duty calls, my friend! I’ll see you in six months. Get your bags ready”, and with that, he turned on his heels and went to get his stuff. He wasn’t only surprised, but a bit annoyed. He was familiar with what the Kingpin did and his crew, so why even hire him?

Once he got his things and headed outside he got surprised, to be honest. He expected Kingpin to be there, but instead it was Rimmy Tim. Not gonna lie, he thought Rimmy Tim was much taller when he walked up to the smaller male. Rimmy Tim gave him a smirk and opened the car door for him. When he sat in the car he realized, once Rimmy Tim was in the car with him, that he was wearing sunglasses! In the night time! Oh what was he getting himself into…

It was time to go back, and he was honestly not ready for it. When the men got to the area to pick Ryan up along with their supervisor, he couldn’t help but frown once he saw them getting down from the large vehicle. He could feel eyes behind him, knowing the crew felt the same as he did. He’s thankful he’s wearing his black skull mask as his supervisor speaks, “Alright, times up. Glad doing business with you fine gentleman, but it’s time for us to leave”, the man, now right in front of Kingpin who was right next to Ryan spoke. Geoff nodded and looked at Ryan, giving him a warm smile and a pat on the back, “It’s been fun”. As his supervisor started walking back to the large vehicle, Ryan looked at Geoff, “No”, was the only thing he said. His supervisor stopped and turned to look at him, “What?”, “I said no. I’m staying. I quit”, Ryan said, taking his mask off and looking at the man. After spending so much time with the Fakes, and just getting to know them each, he had grown to care for the crew. He was not going to leave them behind after all of that. The supervisor seemed dumbfounded and at a loss for words, “You can’t do this to the company! You know how much you’re worth to us!?”, Ryan smirked and chuckled.

“You’ll just have to find another mercenary, but I’m staying with them”

Idk what this is, I just thought it would be cool. I would make an entire fan-fiction about it but I suck at plot and actual writing

Ah a typical family reunion: a fight, people hiding under tables, and some just looking on in horror. FR tho high levels of salt guys. Chill out 😂

gavin jumping around, calling himself a bitch and a slut, while jacks yelling, actually trying to play jenga was the best thing i’ve ever witnessed.

So, in addition to the cowchop merch, I’m also trying to sell some of my old achievement hunter and rooster teeth merch, most from 2016, good condition, hardly worn. Size large for the shirts! Sorry for the crap quality photos, most of the lightbulbs have burnt out in my place :/ Pricing will depend on where I’d be shipping to, as shipping outside if Canada can get pricey! Also payments will be done through paypal. Please PM me if interested, amd if not, reblogs would be greatly appreciated! TO ANYONE WHO SAW THE ORIGINAL POST: EVERYTHING BUT THE CHEESEMASTER SHIRT, CHRISTMAS SWEATER, AND SPOOKY RT POSTER HAS BEEN SOLD. Thank you everyone for spreading this post around and for helping me out, much love! <3

Don’t you just love it when you get tied to a bed by two guys unexpectedly?? Poor poor Trevor. He’s gonna have a hard time explaining this to Barb

So, I was inspired by @achievementhuntersrage who kindly wrote something based on a prompt I had posted (which is GREAT and can be read HERE) regarding Ryan’s anger and a reader who is triggered by such things. Here’s my own take on the idea…

Additional info: in my idealized RoosterTeeth universe, How To is still a show and Adam Ellis never left haha. Also what even is the seating arrangement in the AH office? It doesn’t matter, I’ve made it up in my head

“That doesn’t make sense!” Ryan bellowed, his voice gaining an edge that it hadn’t had previously. “We can’t just all go running in there, guns blazing. We’re playing specific characters for a reason. They all have a god damn purpose!”

“YES. There’s no point in us playing this game if we’re all just gonna fuck around.”

“Ryan has a point,” Geoff added.

One voice piled on top of the other, each clamoring for attention, and Ryan just kept getting angrier. And suddenly you could feel it – the oppressive weight of anxiety brought on by open conflict and raised voices. It was a trauma response you were accustomed to, and had even learned to avoid over time, but sometimes you weren’t quite on top of it, and your chest began to tighten while your limbs started to feel weak.

As you sunk deeper into your chair, you caught Jack glancing over at you with a quiet expression of concern. He was one of the few in the office you had told your story to, and he knew exactly what was happening to you in that moment. You wanted to yell at them all to shut the fuck up and play the game, but given the cacophony, it was likely nobody would hear anyway.

He looks so upset!!!

Jack Patillo: So I’m a father now? I’m the dad? I have a daughter?

“Better to be strong than pretty and useless” - Lilith Saintcrow 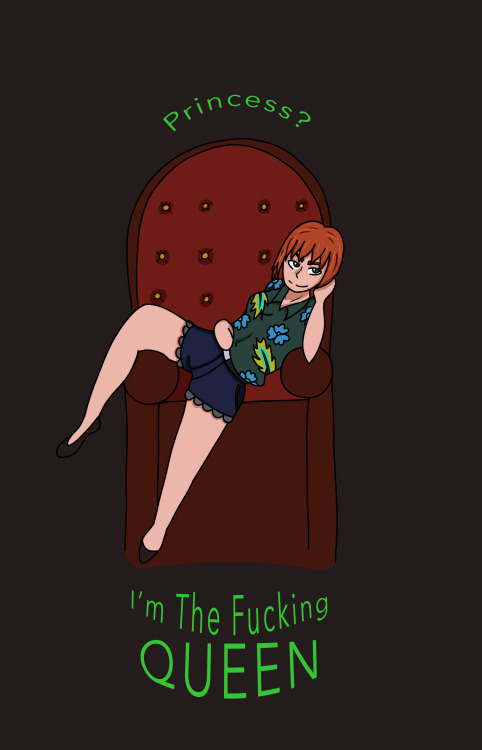 #fake achievement hunter crew, #Achievement Hunter, #jack patillo, #fahc jack, #gta v au, #asra's art, #this took so long my god, #it looks better in my sketch book, #digital art, #but here it is, #and I DID FEET, #wooo
49 notes · See All
once-upon-super-grimmsterText

Fiona: A kitty with opinions.

Similar image of shirt in question below

Jack: There was a lot of poverty… That’s why they called it the DEPRESSION!!!