gav and jack are definitely a pairing i always need more of. theyre so perfectly goofy together. and with all these new people, of course their attention is divided a lot. but gavin likes to take time for just them. like the early days when jack would be up while gavin was hacking. or when they’d work together to try to get information from a mark. or even just those old quiet days in bed, both curled around each other as they waited for geoff, whispering conversations about things they like just to get to know each other but also feel normal for a while. gavin likes to treat jack, now that they have so much more money and wasteful time. get her the best pampering he can as they two just enjoy catching up and joking around. having a lovely, softer time together

gay fish for mermay cause!! I have no impulse control, and missed em (also the dog letsplay is a little bit to be blamed)!! 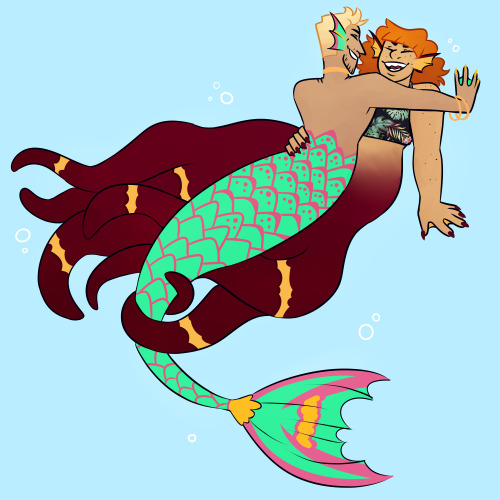 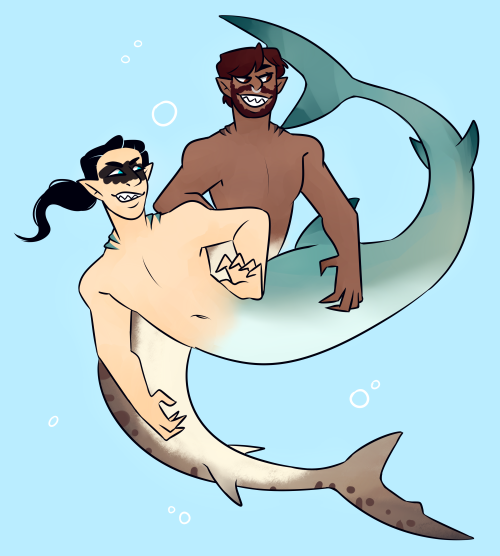 3A with Jack and 2B with Gavin?

woo! this one was a challenge, but it was really fun! thanks for the request, @fornhaus!

[original meme] feel free to send more, but be aware that i have a lot of requests to work on :0 they will all take a while to finish!

So like I'm re-watching cloudberry and I feel like not enough of attention was ever paid to Gavin screaming "divorce Caiti and marry me" at Jack at the end of part 12. 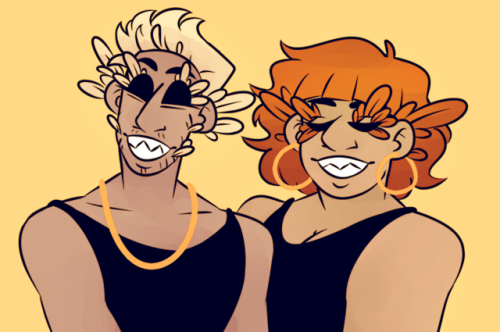 Shit ton of things happened there. 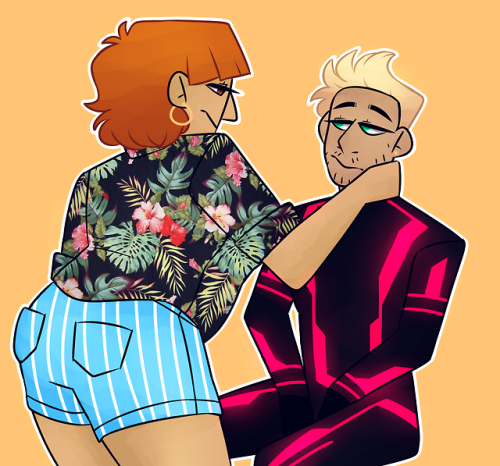 Some jackvin?? It's a rarepair some more would be great! 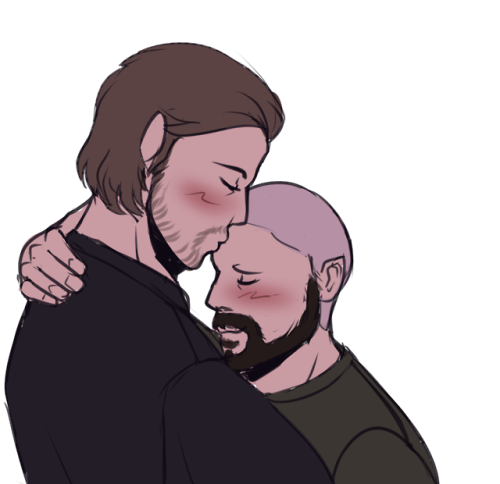 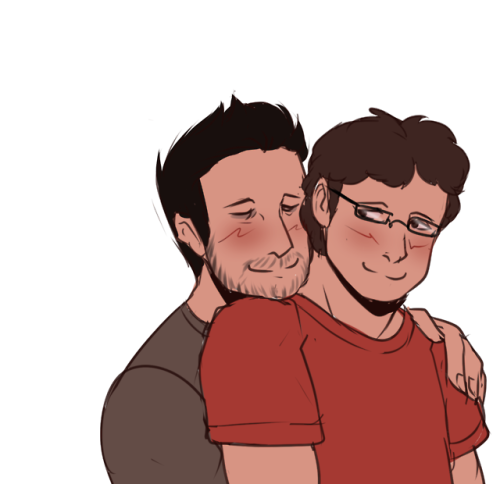 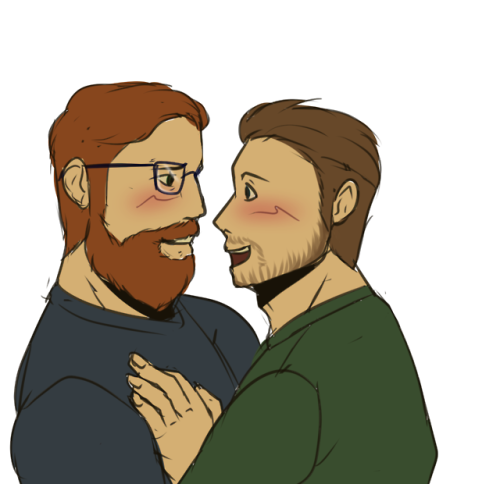 Exactly, Gavin who is more of a eat to live then live to eat kinda guy, I like the idea of him learning how to cook jacks favourite stuff so he can make him smile. He even smiled when Gavin started and most of it was bad, still ate it too. BC he loves his bf

“Okay okay okay” Gavin mumbled to himself under his breath starting at the open fridge. He really wished he had planned ahead before this, but then again Jack having to stay late at the penthouse to help Geoff work out their next heist plan there wasn’t really any time to plan. Now usually Gavin would just order some food and go do whatever he needed to, making sure there was food for jack when he got home so he didn’t have to worry. But the last few weeks had been stressful, for jack especially and he wanted to do something special. He wanted to make dinner, without help.

Jack had been teaching him how to cook lately, and he was eager to learn mainly so he could cook more often for Jack.  He wanted to do more for him than just buy him fancy things. That was easy, it’s how he showed his appreciation regularly. He wouldn’t deny he was kinda materialistic. But he really was trying to change that.

He starred for a minute longer before smiling and starting to pull out some ingredients from the fridge.  Pizza couldn’t be that hard right?

Jack loved Geoff and the crew to death, but sometimes Geoff just took things too far. It had taken almost three hours to talk Geoff out of his absolutely insane heist plan, finally talking him into something much more sensible. Finally making it back to Gavin’s apartment where he had been staying much more often than not, really a second home for him. He was really ready to just collapse onto the couch into his boyfriend’s arms and just relax.

The first thing Jack heard when he entered the apartment was was a defeated yell, and in worry Jack hurried to the kitchen to find the Golden Boy with his head in his hands as he leaned against the kitchen counter in the middle of a absolute mess. There was flour over the floor and the counters, utensils and bowls scattered over the counter. The smell of burning caught his attention next to see a very charred pizza on the top of the stove next to a almost boiling pan of sauce.

“Gavin?”  As he walked into the room he made his way over to the stove first shutting the stove off as Gavin snapped his head up. “What happened? Are you alright?”

“You weren’t supposed to be home yet.” Was the first thing that came out of his mouth and Jack frowned.

“You left three hours before I did Gavin.” He watched his face grow from mild confusion to absolute disbelief.

“It’s been three bloody hours?! Are you kidding me?!” Jack gave a sympathetic smile  and put a hand on Gavin’s back rubbing in small circles. “I wanted.. I was going to… I just wanted to make you dinner. It was only pizza and pasta! It shouldn’t have been this hard!”  As hard as tried not to he couldn’t help but laugh, giving him a sympathetic smile. Gavin turned to look at Jack with an undignified squawk “Jack!”

“Sorry, sorry!” He pulled Gavin in, pressing a kiss to his temple. “I appreciated it. I really do. But honestly, I don’t have a clue how this could happen just trying to make pizza.” they had made some fairly simple pizza dough together a few days before, Jack wanting to teach Gavin another simple dinner to make if he wanted to, plus when wasn’t pizza a good comfort food?  He didn’t let Gavin respond, just pulling him into a hug instead. “Why don’t we clean up and order something instead. Your choice.”

i love the absolute ridiculousness that is team trial and error, especially in the fahc. every time jack and gavin get paired together for a heist, geoff spends at least an hour lecturing them on exactly what to do so things go as planned.

within the first five minutes of the heist, they’ve managed to do specifically what geoff told them NOT to do as well as crash three different vehicles. jack is on the ground in stitches and gavin probably has internal bleeding.

i absolutely cannot stop thinking about jackvin and about the ffucking. size difference and how jack would just engulf gavin when they cuddle or hold hands oR ABOUT JACK JUST PICKING GAVIN UP PRINCESS STYLE SOMETIMES AND GAVIN JUST EATING IT UP I AM NEAR DEATH - 💕

this picture saved my life 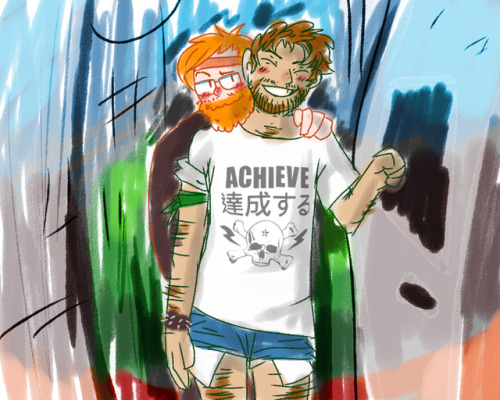 Every time the crew is in a lull, you can always find Jack and Gav on some kind of date. Gav likes to take Jack to the beach and the pier, and Jack takes him to fancy dinners and movies. But honestly their favorite date is when they stay at home watching bad tv, just hanging out with each other and their cat, Gav with awful bed head and Jack in a giant tshirt with a stain, and they can't get enough of each other (im in a real jackvin mood bc that photo like w o w) --ramseys

Jack and Gavin like to hold the other's face before they kiss, the one being held closes his eyes and puckers up. They like to hug a lot and cuddle. Honestly they're a very tactile couple --ramseys 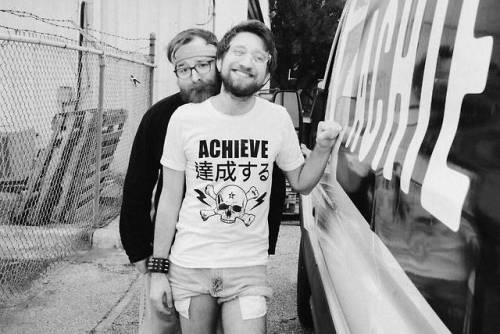