We work in the dark to serve the light ✨ gifs made by me :)

A year after Jacob and Evie have freed London from the Templar hand. Jacob is getting bored for the lack of things to do as in assassins. That is till a stranger shows up and throws his whole world upside down.

bro  (◞‸ ◟ ；) is that jacob frye as a cat boy? thats going in my cringe comp 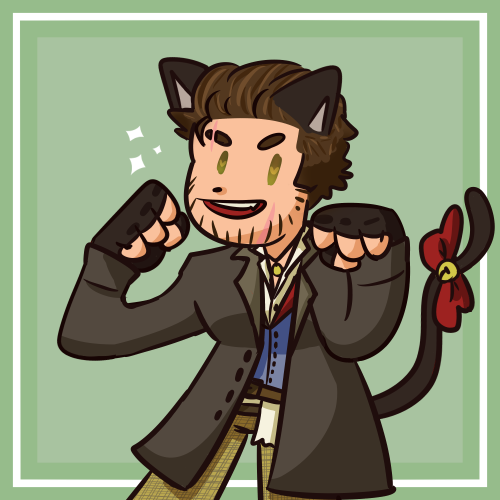 It’s the Alhambra Theatre in the Strand.

(Taken from my gameplay) 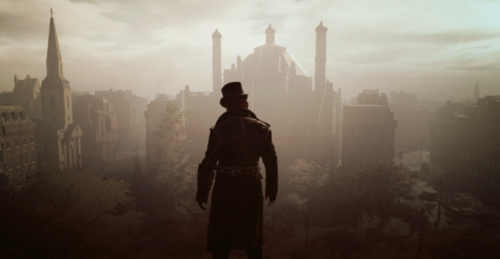 (Based in a personality swap AU where Jacob is more like Evie and his alliance with Roth is more complicated and angstful. Surely still Jacob felt for him but understood somethings… just can’t be) 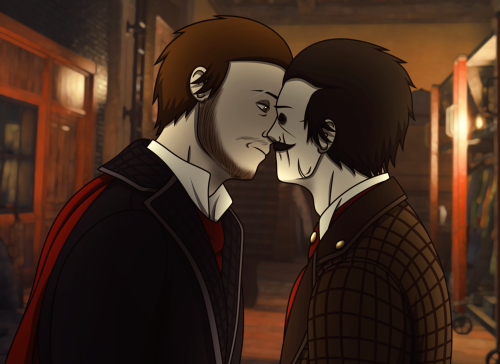 Connor grunted dismissively, “I- I do not see any reason to. No thank you.”

Did this long time a go and even draw the continuous but never had a chance to finish that one, so I think I m just post it whatever it is lol 😅

Happy Month to our beloved queer characters of AC Syndicate 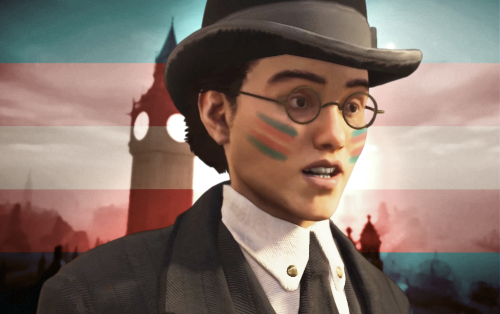 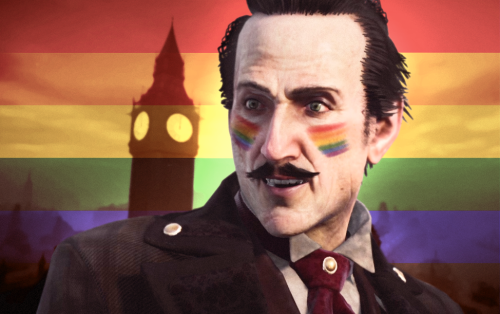 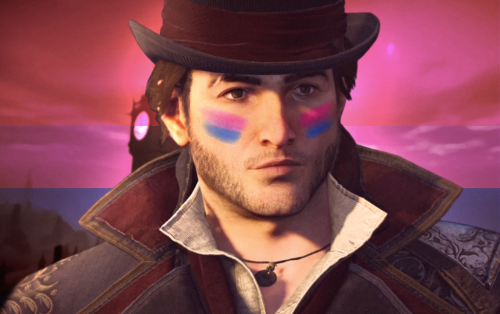 Bisexual icons feat some of my fave characters. Like / reblog if using !

#mine, #shay cormac, #maxwell roth, #frye twins, #jacob frye, #kassandra of sparta, #alexios of sparta, #haytham kenway, #AAAAND WILL PROBS UPDATE MORE, #once I’m back on my computer ;3, #feel free to send in request if you want someone in particular ;)
16 notes · See All
assinteractionsAnswer

“Oh amore, your beauty radiates whether you blush or not.”

“Pfft! That sucks, Ezio. Let me show you why the British are better.”

“No need Jacob. Mon cherie clearly wants a a more handsome man to woo her, and I shall step up that challenge.”

“Challenge? Lass, it will only take a few words from me to get that face red.” Edward scoffed.

A = Attractive (What do they find attractive about the other?)

id like to say something sweet, but all i can think is that he’d be a thigh guy.

defiently could imagine him wanting a kid, and would love if the kid took in the same interests as him, so then they can do stuff together depending if its safe for the kid.

exhausted cuddles probably most of the time, coming back from assassin buisness then just plopping next to you and resting his head on your shoulder later drifting of, then theres in bed where there is two ways he’d cuddle you, hes either spoon you or have you pulled on top of him, but when exhausted he’d just plank on top of you and you’d cradle his head.. you would his hair is so soft and tempting to touch.

a mix inbitween romantic but calm, he wants to spoil you but he wants it to be calm so he can spend time with you and enjoy the moment.

F = Feelings (When did they know they were in love?)

when he got really clingy and felt the need to spend more time with you, he was probably drunk when he came to the relisatsion that your the one he wanted.

hes clingy, just saying that you know hes gentle, hes a gentleman too, and he likes it to be that way so in any way hes going to be gentle just to show what a gentleman he is.

hes a raidiater so fingers locked isnt the best option (unless you like sweaty hands ) so you normally hold hands like lego people.

I = Impression (What was their first impression?)

J = Jealousy (Do they get jealous?)

he’s not a man who would get jelous seeing you with another man, but if the other said man was flirting with his s/o then yes hes going to get jelous because hes afraid you might like the other man over himself if you fall for the strangers charms. Jacob wouldnt act rude he’d make little gestures or say stuff like ‘hi babe’ with a forhead kiss.

K = Kiss (How do they kiss? Who initiated the first kiss?)

he probably said it when he was drunk and then the next morning told you he meant it.

it would of been meeting you, because if not for that day then you two would never have had your friendship/relationship

N = Nickel (Do they spoil? Do they buy the person they love everything?)

he’d defiently spoil you with many little trinkets and gifts, and to suprise you on your birthday he’d do a little hunt where you have to go around your apartment finding everything hes hid for you.

O = Orange (What colour reminds them of their other half?)

green is his color so he would defiently have loads of jewlery and other things for you with green, so yeah his own color would remind him of you and this makes him more attached to the color green.

hes mischevous so if he wanted his own way he’d use your fravorite pet name that he knows gets to you the most, other than that it would be baby girl and sweetie/sweetheart.

Q = Quaint (What is their favourite non-modern thing?)

well hes victorian and the kukri was made in 1810 but that was way before he was born, so that counts as a non-modern thing for him so ill go with kukri is his favorite.

hes the type of guy who likes the weather depending on what he has to or wants to do that day, if he wants to stay in all day and feels snugly then yeah hes up for a rainy day because then its cold and he can snuggle up without getting over heated.

S = Sad (How do they cheer themselves/others up?)

jacob isnt too good when it comes to his own emotions so if overbearing emotions he’d go to someone close like evie or you.

if you where upset he’d try to make you forgot about the thing upsetting you, but if its if you feel hated then he’d reassure you that your not, and then he’d take you for a day of fun.

T = Talking (What do they like to talk about?)

defiently has a secret love for mechanics and would talk about many models to you, or would just ramble about what fun or boring stuff he’s been doing.

U = Unencumbered (What helps them relax?)

shoulder rub or a warm bath and then any calm hobby he likes to do.

V = Vaunt (What do they like to show off? What are they proud of?)

like i said hes cocky so yeah he shows off, the rooks are something hesvery proud of, he built a gang that helps the people of london to be liberated.              also if he got married he’d defiently show that of.

W = Wedding (When, how, where do they propose?)

i cant say when, probs a few years in if he knows its meant to be, he’d do something cute, so if you like to read he would hide a ring in your book and cuddle you from behind till you get to the part with the ring.

shantys for when he is drunk, because when drunk he loves to shout at the top of his voice.

Y = Yes (Do they ever think of getting married/proposing?)

defiently if hes happy with the person hes with. if hes not happy then he’d not be in the relationship.

Z = Zebra (If they wanted a pet, what would they get?)

you’d probably expect him to want a big dog, but too much time around desmond and i think hes become fond of little pups.

Altair - “People like my eyes. Just my features in general, I guess.”

Malik - “I don’t get many… but I have been complimented on my face.”

Connor - “My generosity, though I am only doing what is right… Also my height perhaps.”

Edward - “I’m a handsome and talented devil, in more ways than one!”

Evie - “My intelligence and smile gets a lot of attention.”

Bayek - “I think my smile? I’ve been told that I’m a very responsible and helpful person as well.” 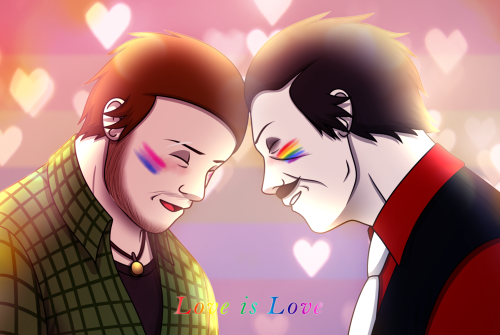 the fool: do you have any nicknames?

“I have a few! Hmm… Theres, Jake, Jakey, J, what else…” Jacob rubbed his chin

“Those are hardly good nicknames no one calls you that anyway.” Evie scoffed without looking at him.

“A different revolution is rising. More subtle. A blaze from the ashes of an old brotherhood. We shall rise. Street gangs will be our armies. The slums, our fortress. They say this is the modern era. I say, it’s time for a rebirth. And we shall lead the way.”