Wanted to make a batch dedicated just to one slasher…

(The shapes that appear here are the Original, the Curse one and the Rob Zombie Reboot) 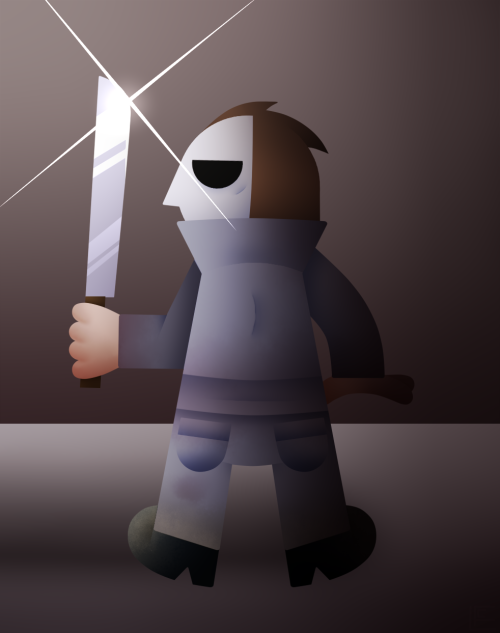 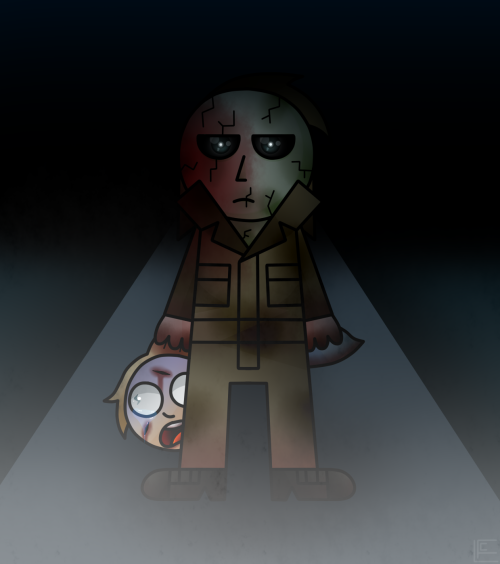 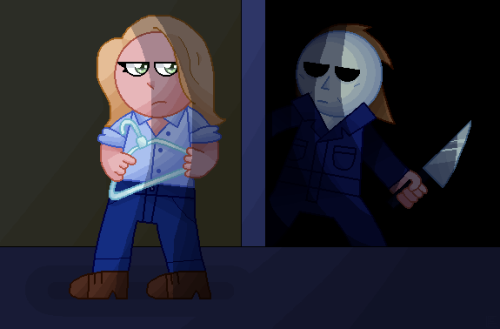 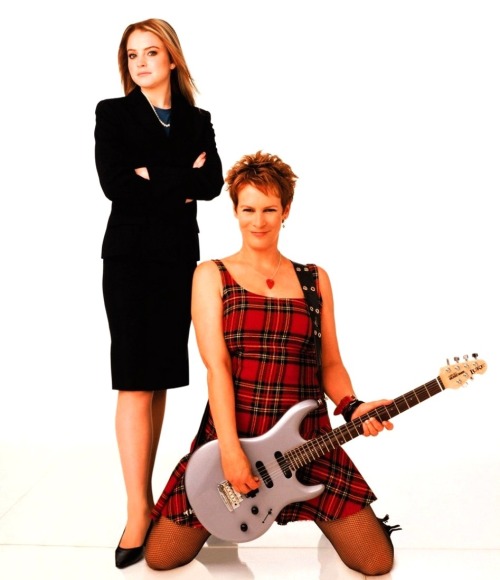 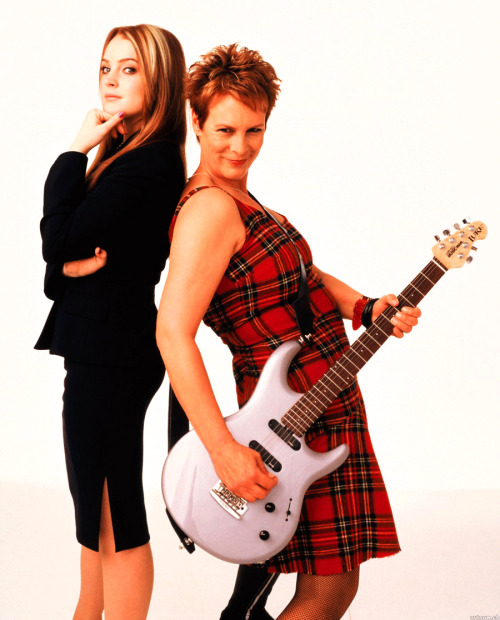 Here’s some art inspired by the film’s VHS box! 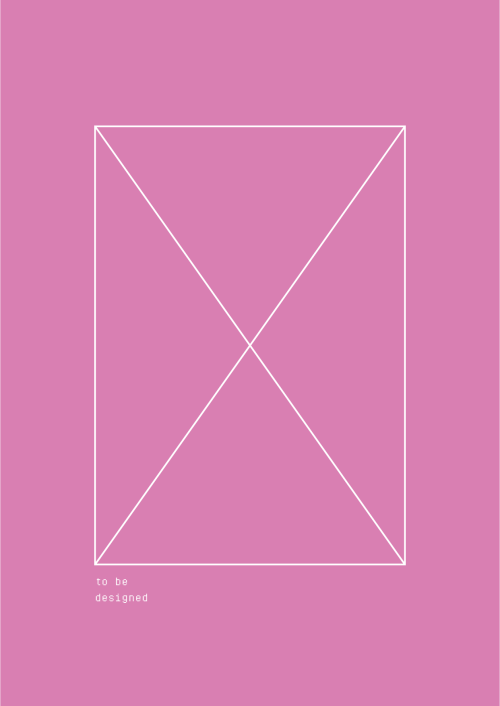 So this semester I am taking a 2-D design class, and our main assignment for the whole semester is to just make “memes”. the professor purposefully made it kinda vague. Pretty much we are allowed to make and design meaningless or meaningful art of all kinds whatever mediums we want. We are also allowed to take existing artwork and photos and use em in our “memes” (Ya know like memes usually do).

My first idea (you can find it here) came out of nowhere and honestly I just thought the word “spinch” was funny. in my head popped a picture of a cabbage, under a spotlight, dramatically labeled “spinch”. Eventually it became the dumbest looking movie poster, but whatever. but when making that design (and pitching it to my professor) a new version came into my head that i liked more.

This is where Knives Out comes in. turning peoples heads into anything but actual heads is pretty fun, but for some reason I wanted this “Cabbage man” portrait to look like the Knives Out portraits. Daniel Craig to be exact.

(Some cool stuff about the art of Knives Out)

These portraits appear at the end of knives out during the credits and are my direct inspiration for these dumb (parody? Fanart?) paintings. Zachary Johnson is the artist behind these amazing paintings. these four seem to be the only high resolution ones I can find but the rest are just as amazing. I encourage everyone to go rewatch the movie just to stare at the pretty end credit portraits.

So anyway I finish the first one (here if you haven’t seen it) with the “spinch” title instead of his name since this was supposed to be like the movie poster thing. This was supposed to be the only one. I have some other ideas for art things for the class I might still have time to do (mini comics or illustrations based on some song I really like) BUT I had another vague vegetable idea that was based on a dumb ongoing joke I have with my sister.

Pretty much I just label things as either a “good carrot” or a “bad carrot”. things can also just be “carrots”. I then decided, “hey, the first one was kinda fun to make, I should do a carrot one. Honestly that one had bad timing because I chose Christopher Plummer to be a carrot and then he passed away. so I finish the painting, post that one here and on twitter and Instagram like the first one (because my professor also suggested that since they’re memes, we should post em or whatever), and turns out a friend of mine REALLY likes these. and I REALLY like painting them. It had been a while since I actually tried doing some detailed watercolor stuff and these were actually looking cool and like the originals like I wanted them to.

So I decide “I can just do all the portraits, right? there’s only like ten of them I think”

I keep working on them, and honestly the encouragement from my friend and professor is really helpful, and now there’s six. I did have to change the text on the first two to so they all had a decent theme going

Honestly the project has been pretty helpful since I learned how the decently scan and edit my watercolor drawings so they actually look nice.

So far if anyone actually cares I’ve done Daniel Craig, Christopher Plummer, Chris Evans, Ana De Armas, Jamie Lee Curtis, and Lakeith Stanfield. as I’m writing this I’m working on Michael Shannon who is going to be a mushroom (They count as vegetables sometimes).

My professor said I should put these on Redbubble (because he said he would wear the cabbage one on a shirt) but honestly I’m kinda hesitant. Yes I painted them myself and they’re a parody of something from a movie or whatever, but I still used the art as a reference so I don’t fully see these as my own original work. I guess they’re fan art in a way. Ive told my professor that they are based off the portraits at the end of the movie and he still seems to be okay with everything so honestly idk if they should go on redbubble. if someone has an opinion on this I would love to hear it.

I will probably post the rest in batches of three or six. Or keep it so I post em as I finish em idk but yeah that’s my dumb ramble on this work so far.

oh jeez ive never talked about art this much ahahaha

Hahahahaha gotta love it, man. I mean, surely people aren’t dumb. Social media is a blessing and a curse for all of us. Especially the fandomites. 😂 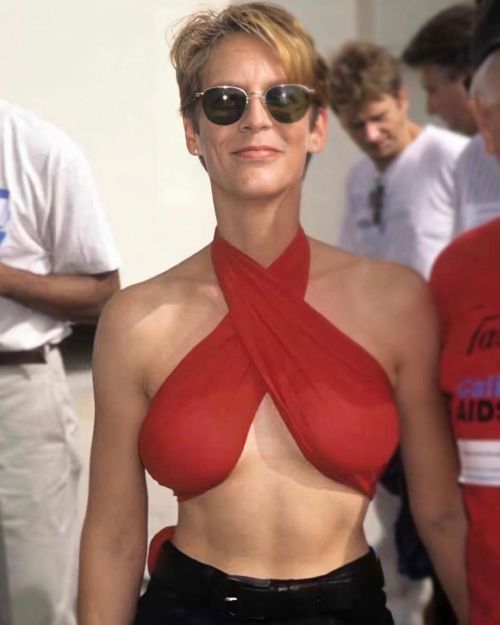 Turn your brain off and enjoy it for the old-fashioned popcorn flick it is. 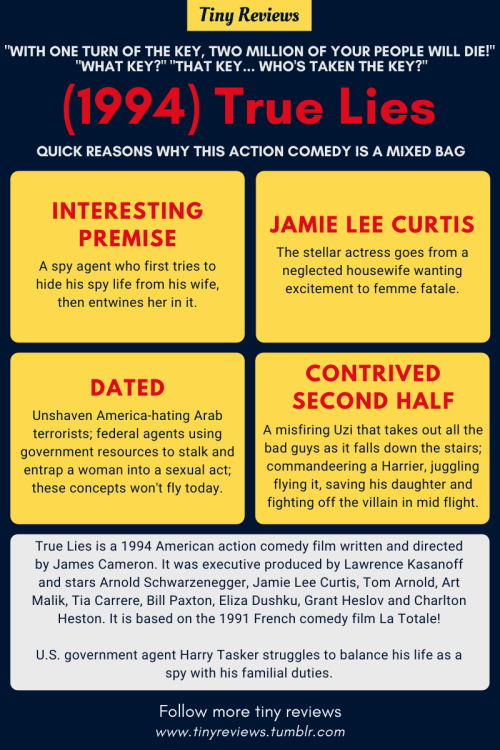 Here’s some art inspired by the film’s VHS box!

“Next halloween when the sun sets and someone is alone, He kills.”

Mid-Week Film news to keep you up to date!

Mid-week news of all the new exciting things happening in the Film world!! Let me know in the comments what Film news your are most excited about!

I love all thing’s Stephen King so when I read there was another adaptation coming I was ecstatic. This new adaptation is of Firestarter which is about a girl taken by a government as she has psychic…

Lionsgate has tapped Eli Roth to direct the feature. Roth, known for his breakout hits ‘Cabin Fever’ and ‘Hostel’, should be a good choice to balance the video games humor with over-the-top violence and probable gore that the film will…