Any pieces of media where Jason Voorhees causes harm to animals?

Every morning at the crack of dawn, when he rises from the murky depths of Crystal Lake, a flock of chubby, bright-eyed bluebirds sing to him and whimsically flutter around his head like the beginning of Cinderella. He rests on a nearby log, peppered with moss and mushrooms and teeming with life, and a newborn deer stumbles up to him and rests at his feet.

Squirrels frolic in the treetops. A mother fox and her kits watch from a distance. The bluebirds hand him his mask and his trusty machete, ready to spread the word of abstinence to the sex-crazed youths invading his camp.

Ten miles away, Freddy is being mauled by a pack of bears. Nobody hears his screams because nobody cares.

Inspired by this picture

[Jason does not know you either, however it seems he doesn’t need to in order to figure out what to do with you.]

Sometimes a family is just a hockey fan, a dreamboat, a fancy little lad, and a long haired little lady. 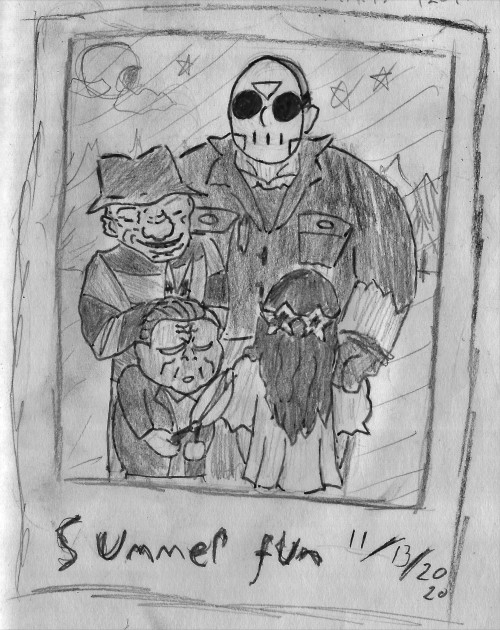 Gentle giants. I don’t know why I view Jason Voorhees as the sweetest giant… Despite his bloody body count. 😬

my hand: would be a shame it somebody SMACKED that JuIcY aS SS

still can’t cross my eyes BUT I HAVE A TWIZZLER STACHE :3 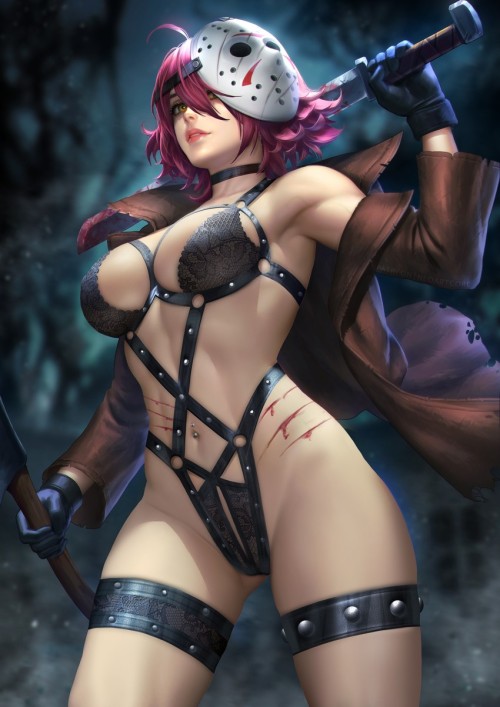 Recently also doodled some of those relationship dynamic things with me and the J boii cuz Im soft for big zombie man,,, 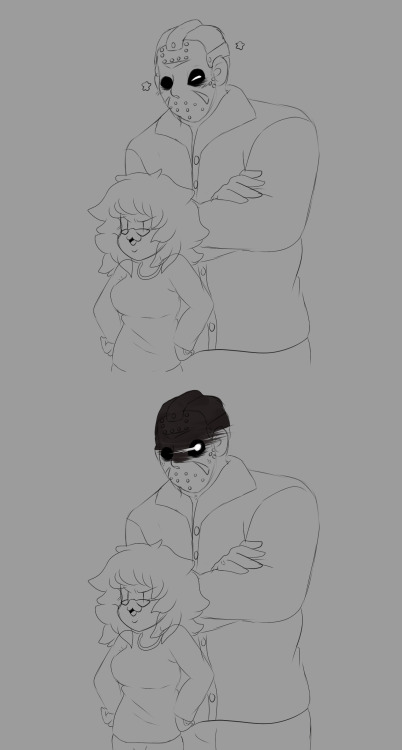 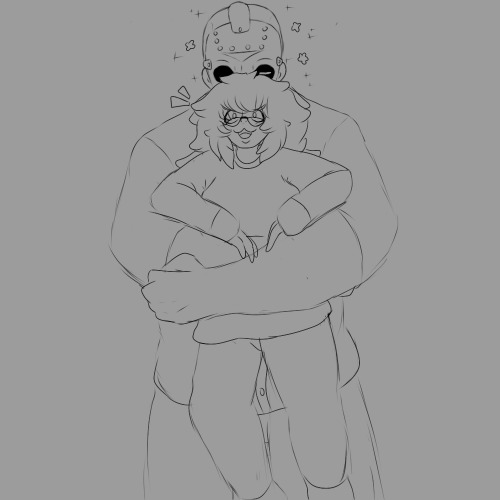