Crooked Still’s “Ecstasy” somehow got looped and this scene popped into my head while listening. Gosh I love that song so much, just so beautiful :)) 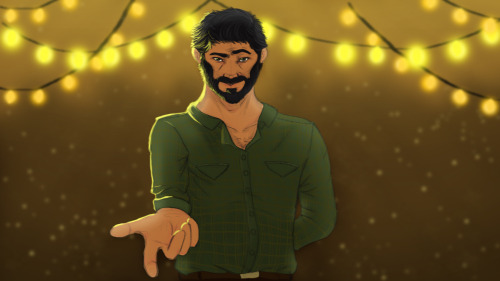 We miss you Joel, our Joel. ❤️

A little drawing of Ellie and Joel from The Last Of Us! Because I loved these characters so much!! I wanted to share it because I love it! And I wanted to ask: Would you like to see drawings of fandoms on this account with my fanfictions? 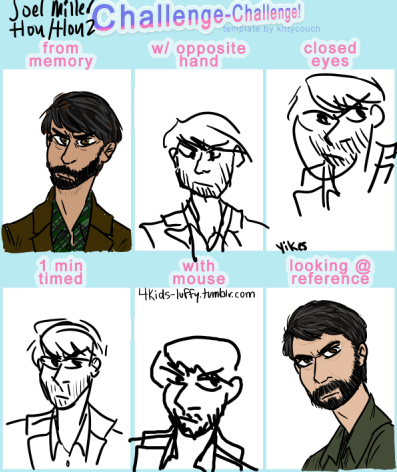 “All the promises at sundown

This took me far to long to make… enjoy

The last of us part ll

We create our own character’s and go through their story. It takes place back in 2013, it’s basically the 20 year time skip in the first game.

The player gets to choose their own story, they’ll get choices, but do keep in mind your choices will impact the ending.

Based on your choices throughout the whole game, you will either get a good or bad ending. Lets say, there’s a person running through the woods with a horde of infected on his tail… you’ll have two choices;

Both choices will impact the story, let’s say, you help him. In return you’ll get an item and a companion, he’ll travel with you along your journey. Something might happen to him along the way, but only if you make the wrong choice.

The player will get to customize their character’s appearance, clothes, gear, etc. You’ll have to scavenge to find better gear, for example: You might come across boots that have better stats in stealth than your current pair, a bandolier to carry more ammo, or a better gas mask that you just really like the style of….

There is always going to be a challenge though, there will always be enemies, either the infected or non-fungal enemies. You’ll have to fight through them to earn the gear. Some areas may not be as hard as others, others may be brutal. Like how Naughty Dog did in Part 2, when you get the bow and arrow from the Stalker, and the shotgun from the bank.

As the player continues farther into the game, they might come across Tommy & Joel. Now, this is where it gets interesting…

When they get into that disagreement, you’ll get to choose to stay with Joel, Tommy, or become a lone survivor. Each choice will have different things the player will experience.

There may even be some romance involved — it again will depend on the choices you make. Some may not have romance at all. You’ll just have to figure out the tiny little secrets if you want romance that bad. For example, I’ll use the man in the woods again, if you continue in a certain path you might get the option to become his partner.

Some aspects of the game players may not even see, you’ll really have to take your time to explore and find the hidden gems.

This is just an idea, I know some people would probably hate this. I would personally love it.

Not only would you get to see what went down in Boston between Joel and Tommy, but you would also get to experience through your very own character you’ve created.

I don’t know, let me know what y’all think, maybe even add on to this シ ♡︎

I know this letter will never arrive to you. Considering I don’t even know where to send it to. Are you in heaven? Or in a place similar to it? Would you hear it if I shouted your name? I guess I’d just quietly whisper this inside my heart, “I miss you, Joel”. I wish you were here. Playing Crosby, Still & Nash’s Helplessly Hoping on your acoustic guitar. While the hot coffee you just sipped let out thin steams from it’s owl-carved cup. Your gray hair fall all over the place. Your deep voice graced with Texas accent sounds like everything’s gonna be alright. I’m still hoping you’d walk in through the door from somewhere, looking gorgeous and unscathed; saying, “Hey, kiddo” or “Howdy”. I’m not over you. I don’t know if I ever will. The memories of you keeps repeating inside my mind like a broken casette tape, replaying the same thing forever. All I want is to see you sitting at the same spot on the front porch, and tell you there is nothing to forgive. I want a movie night with you, fall asleep on your shoulder with my worries fleeting away. My heart is hurting and I miss you. I love you, Joel.

I’m writing this for a man who had struggled a long time with surviving, yet kept trying to live. For a beloved father I never had. Joel, I may not know you as well as Ellie did, but I can say that you were a good person. No matter what people say. In the game, you seem to be a much hated figure, left with only Tommy and Ellie to mourn over your death. Joel, I want to say that you’re not invisible. You did a great job as a Dad, you taught Ellie to fight, taught her how to swim, and play guitar. You sang her a song that would stuck in her heart for the rest of her life. Joel, I don’t know where you went after death.. but I hope you find it a way better place to live than here. I hope they serve the best coffee you’ll ever taste. I hope you only see beautiful views of breath-taking landscapes and sunsets or the sea, I hope you’re frolicking with your daughter Sarah now. Holding her in your arms. Wherever you are, I hope you’re happy and safe. I hope you feel like you’re home. I hope you have acoustic guitar to sing your heart out when you miss Ellie. I miss you, buddy. I’ll take comfort knowing that you don’t have to suffer anymore. I’m left with a piece of your soul stuck with me through the darkest, saddest nights of my life.. I wish I could’ve given you a hug. I always felt that we’ve met somewhere before, since your voice felt so familiar. I wish I could’ve saved you, Joel. I’ll drink a cup of hot coffee, thinking of that handsome face. I love you. 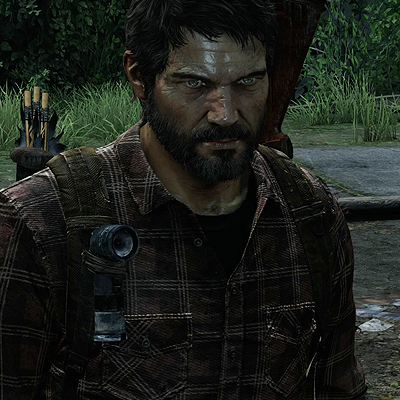 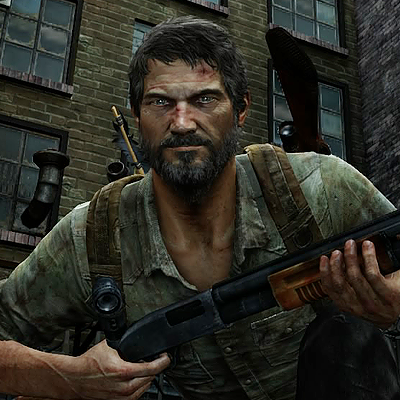 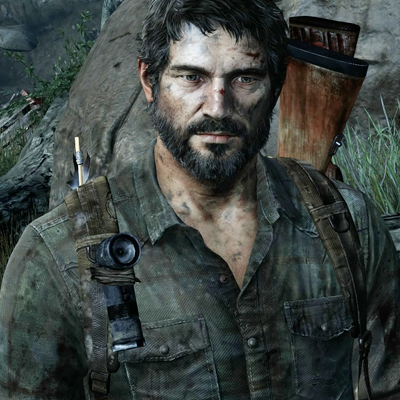 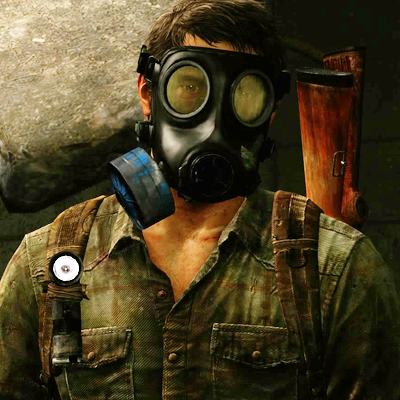 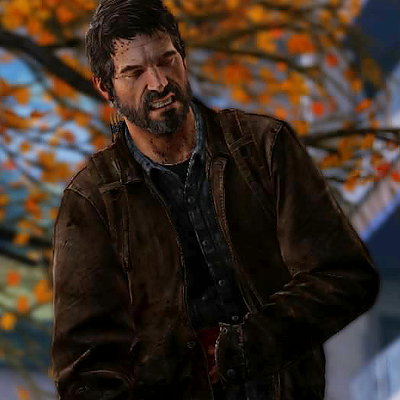 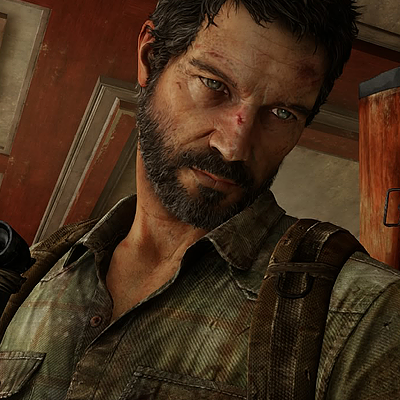 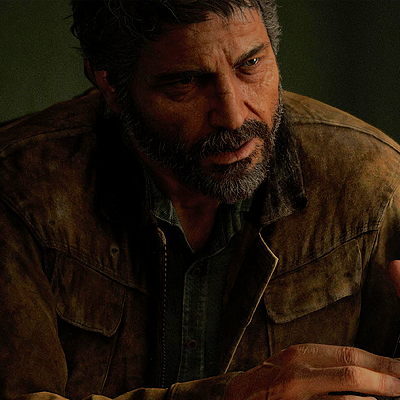 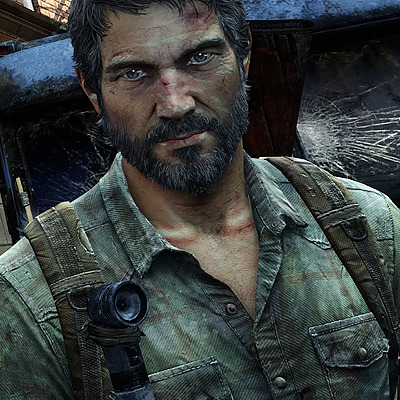 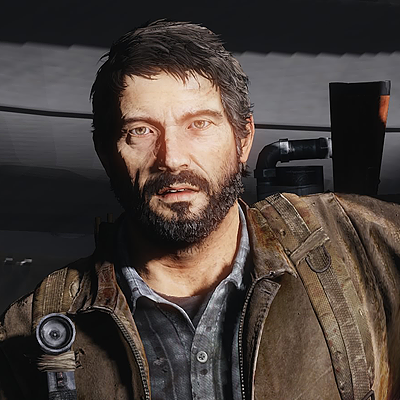 When Joel and Ellie take a wrong turn on their journey from Pittsburgh to Wyoming, they find themselves lost in what feels like a time warp: a beautiful place with a dark and dangerous secret, filled with painful reminders of the past. But they aren’t alone. When they meet Cici and Noah, a mother and son fighting tirelessly for survival, things change. For those with little hope to spare, family is what you make it.

This is an AU, starting after the events of the Summer chapter in the first game, and extending into the timeline of the second.

As Joel and Noah worked their way through the city, nothing much changed, at first. The buildings were empty. Many were boarded up, but not all of them. Little streams and creeks seemed to have broken through the bluffs, coming in off the La Crosse River and now flowed in skinny little ribbons in the empty lots and fields. Looking upon them was paradoxical, for the water was enticing in its visual clarity, but both Joel and Noah knew the truth. There was not much wildlife, and this brought into the world a worrisome quiet beyond the sound of the wind in the trees. The sun came down even still and brought color to the parking lots, all of them overgrown with tall grasses and ponds. The cordyceps in the water did not seem to affect the flora. It was a pretty place, Joel thought, despite its indifference toward human life.

As they crossed the city, Joel could tell they were getting closer to pure, raw nature, as the greenery thickened, and the buildings and houses became increasingly sunken by floods and overtaken by trees and their massive root systems. He knew from the map that the campus was more or less nestled within a great many bluffs, which rose up like grassy table tops, and the Mississippi was less than two miles to the west. Little purple flowers grew everywhere, and they started seeing mushrooms, too, growing on some of the blackened moldy walls of fallen structures, and so Joel and Noah did not get too close.