#john lennon, #the beatles, #beatles fan, #60s, #sixties, #black and white, #music, #rock, #classic rock, #songs, #we all shine on
5 notes · See All
beatlesfanficsAnswer
yknow when the bois preformed I'm down at shea stadium? there's a bit where john thrusts his hips and not gonna lie it's got me thirsty 👀

Ohh do you have that video? I need it for…scientific research…..😳

this is a little snippet from the beatles fanfic i’m writing and i need opinions on my description of john because i can’t stop second-guessing myself :) please and thank you

“John; his eyes a warm earthy brown, glistening like an old copper penny in the sunlight. His tousled hair a soft brown, strands of it gently flowing with the morning breeze. The shy smile he wore was one pride and glee, an infectious sight to behold. His posture was certain, strong, arms folded neatly over his chest. He had an incredibly intriguing aura, behind his playful smirk and hooded eyes you could tell there was a lot to learn about him.”

I just realized something.

George is my favorite songwriter

Ringo is my favorite person.

Paul has my favorite voice.

And John is my favorite musical talent.

Calling all Beatles fans! Come help me out with a project and choose your favorite songs, bracket style!

🌟 It’s the latest trend: Cloning! New tech makes it easy for YOU to raise the person of your choice from birth. Have you ever looked at your favorite celebrity and thought to yourself “They are my child.” Well now they can be! Clone is guaranteed to grow up to be EXACTLY like the person of your choice! (Disclaimer: Clone only copies physical characteristics. Personality is determined by individuals and environment)

🌟 The 2060’s celebrated the 100th anniversary of the Beatles- and resulted in a Beatles baby boom. As many as 20,000 Paul McCartnies alone were born.

🌟 It’s 2084 now, and these Beatle copies are struggling to get by. Most were expected to be musicians- and with the tribute band market saturated, most end up broke and desperate, looking for a job.

🐻 Their adopted son, Krishna, was an abandoned George clone

🌞Only here to survive

🐙 The only one who likes his Beatle name

🐙 Founded the club because Ringos have the hardest time finding work

🐙 Said to have Ringo Starr’s body, but Brian Epstein’s brain

🖌 Newest member of Beatlesque! (They’ve never seen a Stu before)

🖌 Only recently discovered that he is a clone

I’m not really sure what my goal was with this one, but it looks neat.

A/N: After months I finally wrote a oneshot again! Not to be cheesy on main, but it really felt like coming home. I’ve missed this so much! It’s very fluffy, but with all this craziness in the world, I think we deserve some happy McLennon! I hope you enjoy it, even though its short.

John yawned and smiled, his eyes still closed. He felt warm and safe, the blanket over his body seemingly protecting him from all evil. Sleep was still dazing his mind, and the light in the room was a gentle one. It was very early in the morning, and there only a few birds chirping outside.

He sighed and turned around, not yet ready to wake up, but something on top of him moved. When he slowly opened his eyes, he saw Paul next to him, one arm wrapped around John’s body and his face buried in John’s neck. He was breathing slowly, and there was something strangely naked about his face.

He wasn’t smiling, his eyebrows weren’t raised, there was no mask to hide his real emotions from the fans or interviewers. He was completely himself. He was the boy John had fallen in love with all those years ago.

John pulled the other man even closer to his body and kissed the top of his head affectionately. He had missed these hours of peace, of solace. Music was what he wanted to do, it was his dream, but sometimes he wondered about life without the fame. Him, Paul and one of those furry little sheepdogs Paul loved so much in a little apartment somewhere in Wales, where nobody would disturb them. They could lay in the sun all day, drink tea and play one of Paul’s adorable granny songs on the piano. They could make love until they’d fall asleep from exhaustion. They could go for long walks, nothing but the impossibly green meadows surrounding them.

John could see Paul scrunch up his nose and snuggle up to him, and he smiled about how silly he was acting. He was dreaming about something “better”, when right now, he held paradise in his own two arms.

Paul’s hair was soft and fluffy, his lips were parted and slightly shiny with drool, his eyes seemed to move under his lids. John could feel his heart ache with something warm and suddenly his eyes burned. This was more than he could have asked for in life.

“Johnny, why are you crying?”

Paul’s voice was sleepy, but concerned, when he looked up at the older man. His hazel eyes were so huge and warm, John wanted to get lost in them. Paul always seemed to have that effect on him, he always seemed to heal any kind of pain John was feeling. He always protected him with that dazzling smile of his. John felt like there was nothing in the world that could hurt him, except for this man. He was safe with him.

“That’s no reason to cry, silly.” Paul answered, his face full of love for John.

“I know. I just love you and I missed having you this close to me.”

A tear now escaped John’s eyes, but he didn’t wipe it away. After all those years together, he wasn’t afraid to cry in front of Paul anymore. The other man had seen him live through every possible emotion. There was nothing he had to hide.

Paul moved his lips close to his face and suddenly they were breathing the same air. He gently started kissing away John’s tears.

John sighed and pecked Paul’s lips. He didn’t need Wales’ green meadows. Not when everything he had ever wished for was wrapped up in his arms.

I’m Doing The Best That I Can

George gets punched in the face by a fan by accident. Paul attempts to patch him back up, John expresses worry and distress by yelling, and Eppy tries to reason with his boys.

Ringo just wants everything to be fine.

Or, the beginning of the end.

“I’m sorry this happened but we can’t just-” Eppy sighed through his nose and ran a finger over his hairline, as if he didn’t want to mess up his do. “They don’t view you as royalty, John, they view you as musicians and that means that you don’t get as much protection.”

“We’re national property at this point,” John countered, voice bordering on hysteric. “We can’t be- this can’t happen, Brian-”

#the beatles fanfiction, #fanfiction, #blobfishmiffy, #please give this one a chance!, #it was nice to work on, #ringo starr, #john lennon, #george harrison, #paul mccartney, #brian epstein
3 notes · See All
littleweirdossPhoto

THAT’S GREAT OMG THANK YOU SO MUCH!!!! one of my goal is to be able to give John’s eyes justice because I find them fascinating but also SO HARD to make, it really took me a lot of time to figure out how to do them.

#what is the most noticeable thing of my art style?, #john lennon, #nonnie
9 notes · See All
belleboooPhoto 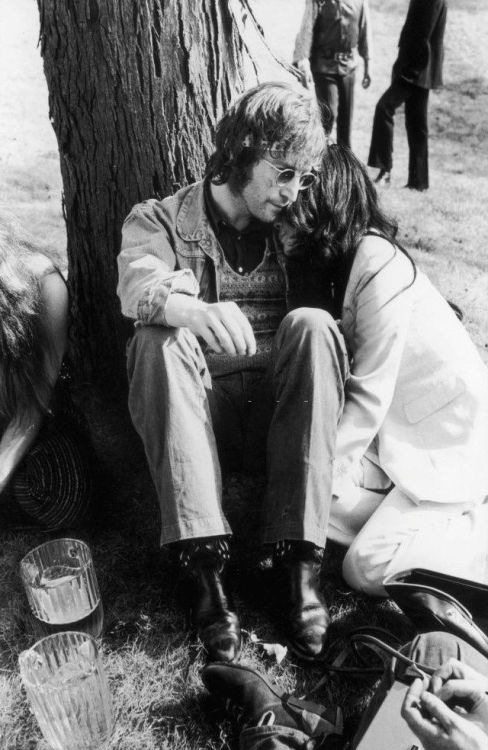 #john lennon, #yoko ono, #1972
0 notes · See All
e-writes-somethingAnswer
Every time I think that John couldn't think of himself any less than he already did, I always discover something new and worse, like this Astrid quote about Stuart ...And each time I want to hug him and say och Johnny Johnny, you arent worthless, on the contrary, you are all my world....

Why can’t we go for other people to heaven? John asks me that—he said he would go for Stuart to heaven because Stuart was such a marvelous boy and he is nothing.

The sad truth of it all is that John wouldn’t believe you. Mental illness is a bitch, isn’t it? It kept John from seeing his self worth and left him worried he wasn’t good enough for what he had. A bit of imposter syndrome radiating off a lot of John’s self deprecating comments, eh?

Paul has said quite a few times, in various interviews, that John was “an insecure guy” but I feel that’s a bit downplayed for what it was. That is not to say that Paul is wrong in using the phrase. I’m sure he wouldn’t want to drag too much attention on such a sensitive subject regarding his friend that he probably never fully understood himself. Nevertheless, John probably suffered with an anxiety/depressive disorder that was never (or never fully) diagnose or treated.

Due to his struggles with mental illness, I think some people see John as egotistical, brash, and self absorbed. But this is a gross mischaracterization of a deeply troubled man. On the note if egotistical? no no. John Lennon, sadly, hated himself a lot of the time— as we’ve established. And, sure, he was brash and hurtful with many of his words when he was angry. Some may argue he was too harsh with his words when he wasn’t upset (i.e rude things he’d say to people offhandedly) and that is an easy thing to misinterpret about John. I feel John’s “rude” comments weren’t often serious at all, just jokes that landed poorly. He had a strange sense of humor that I’m sometimes convinced only Paul McCartney understood. So, when he would say something— like a time he jokingly said Brian Epstein was just money hungry and should leave the studio— and have it taken as genuine he switched around and acted like it suddenly was genuine. This type of reaction to being misunderstood only furthered a lot of people’s notion that he was/could be very harsh for no reason at all. In the context that I mentioned earlier, he only every explained himself later on. After he was away from all the people who heard him say such a “mean” thing, he went and explained himself to Brian in private and apologized.

Now, on the topic of self absorbed, I feel he was in a way but not the way one thinks when they see the word. John was absorbed with how awful he thought he was, as that quote from Astrid shows. He, I’m sure, inadvertently turns the situation of Stu’s death into something about himself. He didn’t do this to gain validation from Artid, but because he truly finds that horrible things revolve around him and, therefore, are his fault in a way. Or, if not his fault, he feels he deserves that awful thing more than anyone else. I’m sure he meant exactly what he said to Astrid and that is the sad nature of John Lennon.

But let us not forget, after all this depressing reflection, that John was not always this sad/depressed. He had true times of great happiness within his life, with his friends, and with his family. Though mental illness may have plagued him it was not him. He was a troubled man, sure, but completely deserving of love and affection.

here’s some happy john to balance it all out some more: 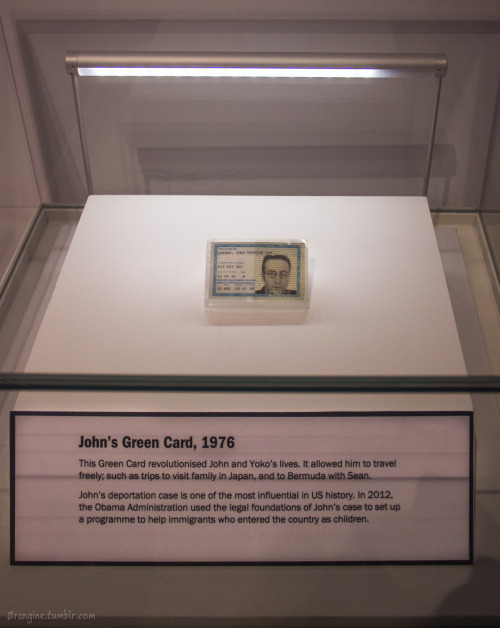 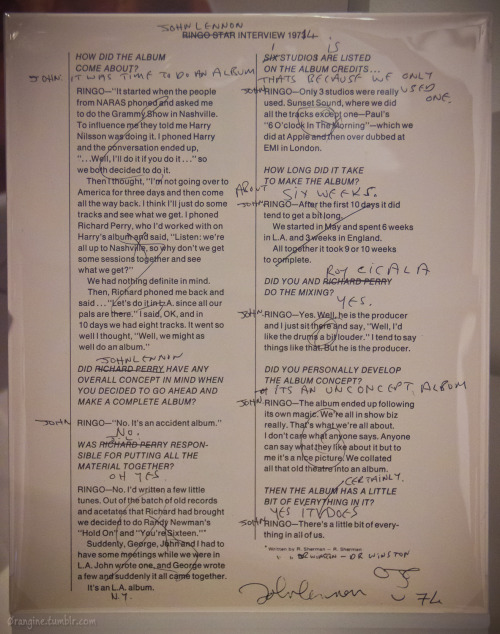 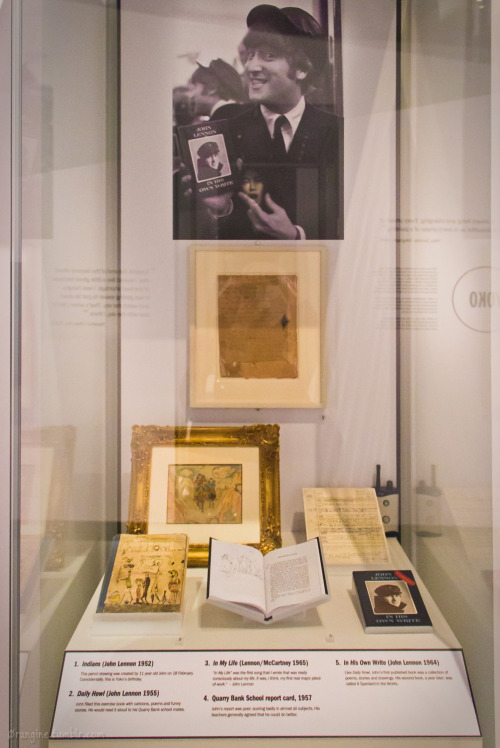 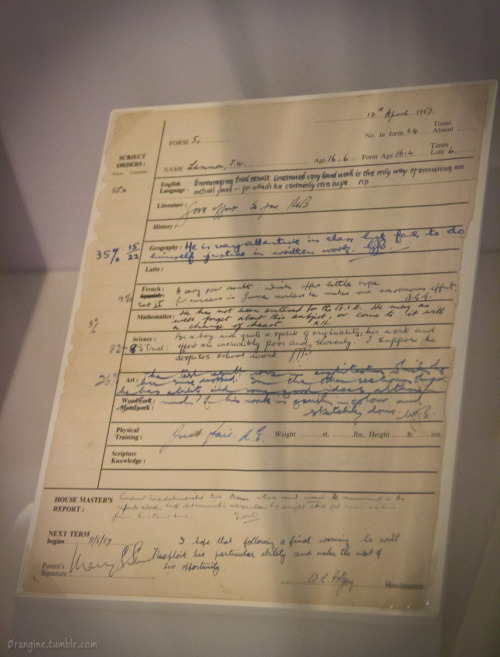 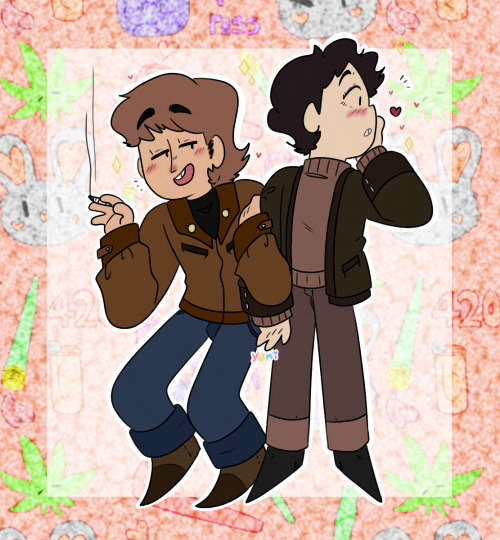