Well fuck me sideways and six ways till Sunday, I think I just done did a Johnlock Corpse Birde Au.

NOT OH WHAT A NIGHT PLAYING AT THE BOWLING ALLEY!!!! help!!!!

#this song is SO TRIGGERING!!!, #johnlock, #sherlock, #bbc sherlock
6 notes · See All
pacepromptingLink
Show Chapter | Archive of Our Ownhttps://archiveofourown.org/works/26634388/chapters/64948177

When John returned to Baker Street, this time with his daughter, he didn’t expect Sherlock to fall so easily into the role of co-parent. He forgot that Sherlock, stubborn as he is, is quite adaptable. He let John in once before. And as John watches his daughter fall in love with Sherlock more every day, he realizes, fuck, he is too.

AKA: 5 times Rosie loves Sherlock, and the one time John does. (Even though he does all the time).

John puttered around the kitchen, talking softly to Rosie who was watching him with rapt attention, a yellow teething ring held in one hand.

“I’m sure Sherlock wouldn’t mind some lunch. You think, darling?” Rosie babbled her agreement, leaning forward over her legs to stare at Sherlock in the living room. She very quickly recognized Sherlock as a figure in her life, and often watched this strange man who she and her father now lived with.

Seeing Rosie quite content to stare at Sherlock while he sat, fingers steepled at his lips, and staring into his mind palace – in reality at nothing – John paid full attention to his cooking on the stove, humming under his breath.

In a way quite quietly for a young child, Rosie crawled across the kitchen, teething toy abandoned behind her. Her hands slapped softly on the hardwood, but John remained cooking. Her eyes were fixed on Sherlock and she only moved from her path of a straight line when John’s chair ended up in her way.

She stopped directly at the base of Sherlock’s chair in the space between his long legs and stared up at him. Normally, even Sherlock would give her some attention when she decided to come to him instead of John. 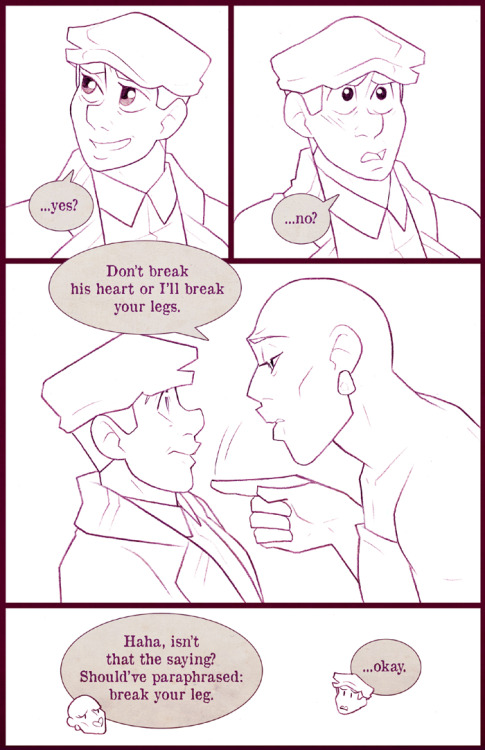 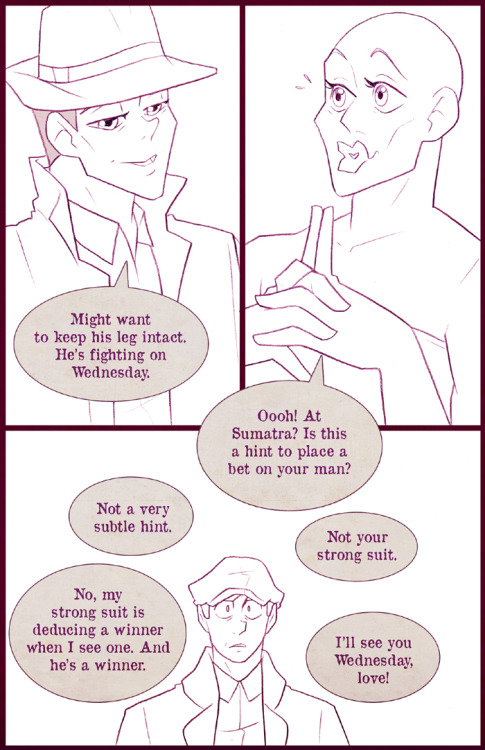 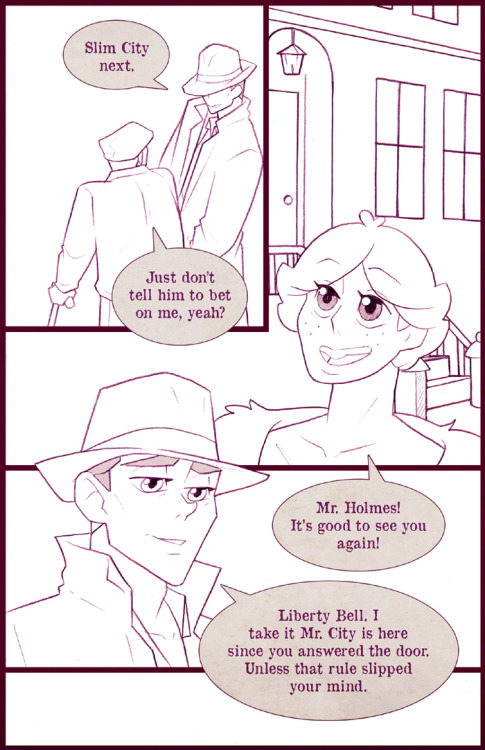 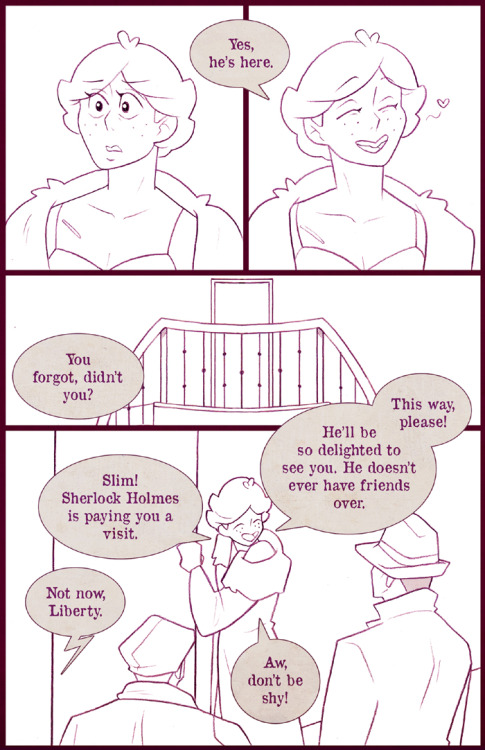 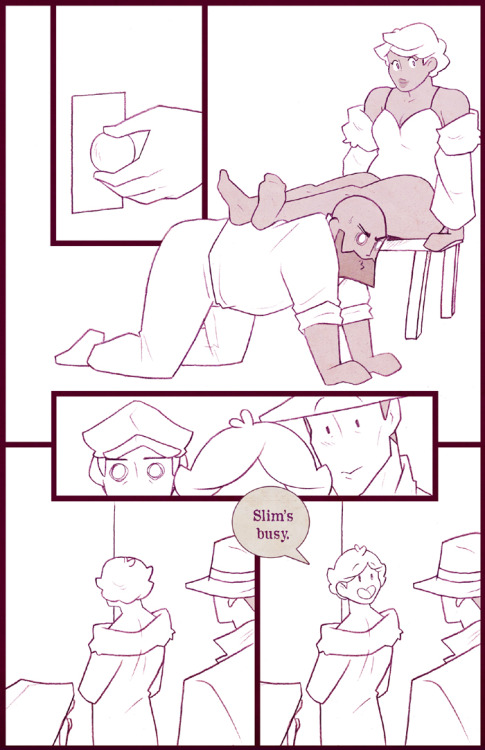 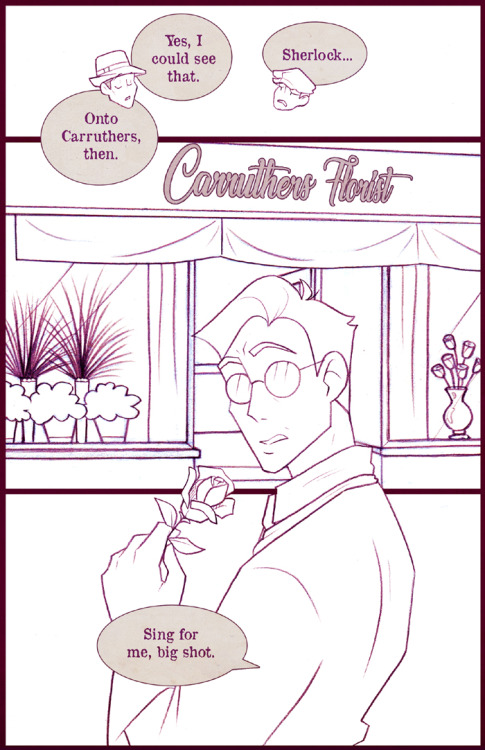 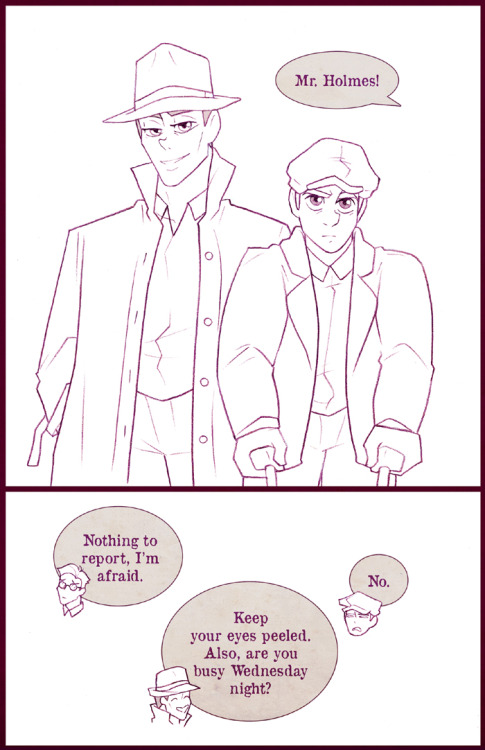 I’m going nuts with this fandom

LOOK WHAT CAME IN THE MAIL TODAY!!! IM SO EXCITED :D

#sherlock bbc, #bbc sherlock, #sherlock, #john watson, #sherlock holmes, #sherlock merch, #sherlock graphic novels, #lmao i got work to do but ima  read these first, #watch me scan every page where theyre gay for each other, #johnlock
5 notes · See All
emolonrrLink
Turn off - Emu_lonrrable - Sherlock (TV) [Archive of Our Own]https://archiveofourown.org/works/26918992

Molly: *on the phone after finding out johnlock is real* and they were roommates

Colour ink on brown paper, A4.

Do not post this on other sites/social media or use in any other way without my written permission. 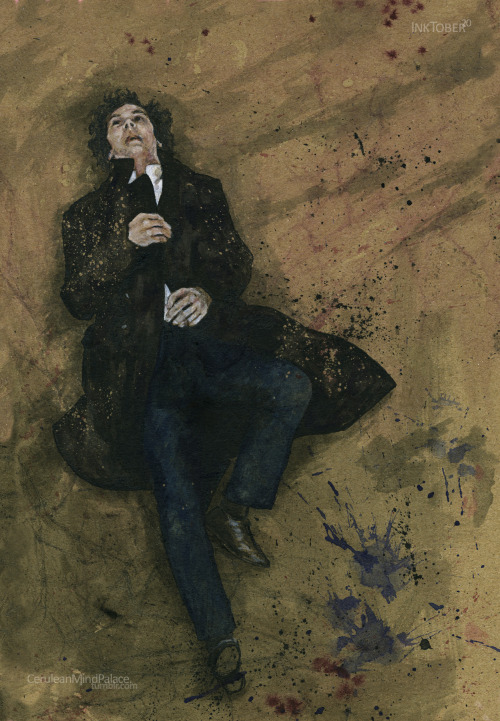 idk why I did this

idk if this has been pointed out already, but I just remebered that John and Sherlock weren’t on each other’s pressure points which is clearly odd because they’re both willing to kill and die for each other. And then I watched that scene again where Sherlock was dying and Moriarty said to him that John Watson is probably in danger and it automatically restarts his heart. And then it hit me, maybe it’s because they weren’t each others weakness but strength. Sherlock can stop John’s war dreams and cured his PTSD, and John can literally bring back Sherlock from the dead.

Moriarty really did ask, “Okay, who’s gonna jump off this roof?” and then plotted a clever plan to convince Sherlock to do so only to end up committing suidied.

John: sorry I was late, Sherlock didn’t want me to come!

Greg:…well that was more information than I needed.

John Watson Fan: Sherlock should rot in Hell for making John witness his suicide and leaving him to grieve for two years! It’s a huge betrayal, and Sherlock should be punished for it!

Me: But it was for a good reason. Sherlock did it to protect John, Lestrade, and Mrs. Hudson from the assassins and to save their lives. And if Sherlock revealed that he was alive to John, it might have endangered them because Moriarty’s assassins were still watching and he couldn’t chance it.

John Watson fan: It doesn’t matter if Sherlock had good reasons! It was selfish, cruel, and Sherlock should beg on his knees every day in front of John to earn his forgiveness! He broke John’s trust and he should be punished!

Me: John Watson should be punished too for causing Sherlock pain and betraying Sherlock’s trust when he beat him in the morgue and kicked him while he was down during the investigation on Culverton in Season 4 because John blamed Sherlock for Mary’s death. That was just as grievous, cruel, and selfish too, correct?

John Watson fan: It was for a good reason! Sherlock was high and out of control - !

John Watson fan: It was just a one time mistake! Sherlock actually wanted - !

John Watson fan: It’s not that I excuse abuse, but this was justified because John was trying to protect Culverton - !

John Watson fan: It turned out all right in the end though!  Sherlock forgave John - !

John Watson fan:…there’s nothing I can say that doesn’t make me look like a giant hypocrite, is there?

Loving Johnlock doesn’t mean favoring John’s character over Sherlock. It means loving both Sherlock and John equally and under the same standards.