«❤️Meet with this cat.🐾 It’s Johnny. 🤍It was picked up on the street as a kitten, someone left him…»

I am a bit worried about my cat bc he’s seemed kinda snuffly and congested so I’m hoping he’s okay, it’s not enough that I’m like… okay it’s definitely a problem, the biggest thing is him tending to sleep with his mouth open/snore more than he used to

But I’m p sure he was tested for cat flu when he was rescued and he has no exposure to other cats so I don’t think he’s likely to catch anything (and he’s def vaccinated originally but hasn’t had boosters recently, that’s planned for next vet visit)

Johnny looking out the window 🤍🐾🥰😜 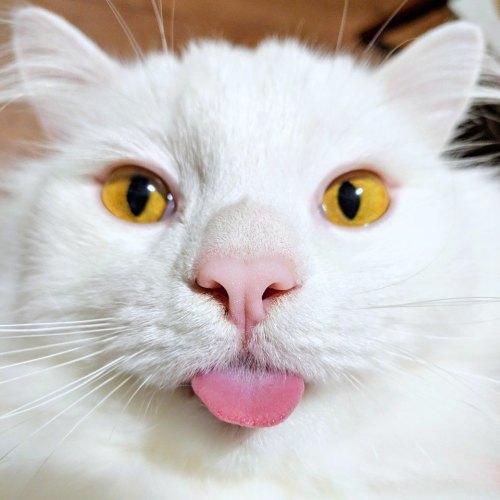 I have the world’s cutest cat…

But I figure it’s instinct - y'know, bc typically a cat would be hunting multiple times a day and that natural desire to be securing their next meal

And so his version of thst food preoccupation is to start bugging me to feed him just to make sure it happens, as an expression of thst natural drive to be doing something about it

That’s my best guess anyway bc he gets fed enough + has dry food out so it’s not bc he’s too hungry to wait!

(and I know free feeding isn’t necessarily the best idea but bc his twitchy issues centre around eating I don’t want to make it worse by taking away all control he has and add extra stress to mealtimes - he gets weighed at his three-monthly vet visits so I can pivot if he is gaining too much weight, as a rescue cat he was underweight before and doesn’t seem to overeat quantity-wise)