Thought I’d post a little sneak peek of my upcoming JJBA Part 5 fic “The Mighty Fall” because I realized it’s been a while since I posted a sneak peek :)

Bucciarati hurried through the streets, somewhat worried. Antonio had sounded very distressed when he’d called him

He slipped down the side street, and saw the figure waiting in the shadows of the alley.

“I need some help,” the boy stepped out of the shadows. He was shivering, almost twitching, and as he turned his gaze to Bucciarati, the older man saw that his pupils were dilated.

“I didn’t mean for it to happen!” the boy snapped, wrapping his arms around himself. “But I’m in too deep now, and I didn’t have any other choice.”

Bruno pressed his lips into a thin line. “What do you want me to do? You know I won’t sell you what you want.”

“I know,” Antonio said, almost whimpering. He looked down at the ground. “I’m sorry. I didn’t have any other choice. I’m sorry.”

“What are you talking about?” Bucciarati demanded, reaching out for the boy’s shoulder. “Why did you ask me here, Antonio?”
“Because the boss wants a private audience.”

Bucciarati spun around and saw several men he knew were from Manicotti’s gang standing there in the alley, hemming him in.

“I’m sorry, Bucciarati,” Antonio said, crying now. One of the men walked over to him and pressed something into his hand, giving him a shove.

“Get out of here, kid.” He turned back to Bucciarati who was clenching his hands in preparation. “You’re coming with us.”

Something slammed into the back of his head and he dropped to the ground, dazed, before he could summon his Stand. Bucciarati tried to push himself back up, but barely got his hands under him before another blow to the head completely sent him into blackness.

(I think I gotcha! Don’t apologize! Not your fault <3)

S/O Covering Up Despite The Temperature:

(Hope this is alright!)

How you guys holding up with Corona and the brutality going on. Its ok. Itsssss ok. I still love you and you should love yourself. Thats all that matters. 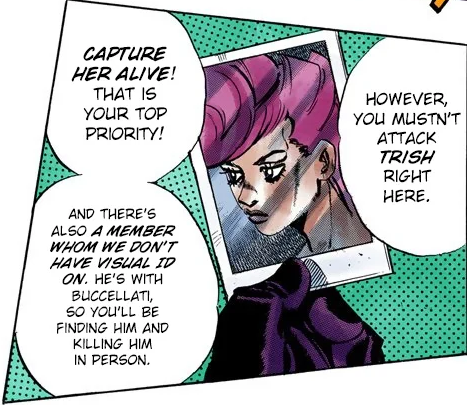 It was rather late at night and you and your boyfriend had just been lounging around the apartment. There was absolutely nothing to do. You stood in the small kitchen in front of the counter, eating a bowl of a basic brand of cereal. You got hungry late at night, despite having dinner hours before.,

You breathed in as you chewed the bland flakes, rather sleepy.  Eating before bed wasn’t the best for you, but it did help you sleep. Having a full stomach was nice.

When you swallowed you looked towards the small archway that  stood as the entrance to the kitchen.

“You like that stuff, don’t you?” Mista entered the kitchen, swinging himself in by the grip he had on the edge of the wall.

“Eh. It’s food.” You replied, shrugging your shoulders. You dipped your spoon into the bowl one last time, gathering the last few flakes into it. You lifted it to your lips and took the bite.

“You know we can get stuff that tastes like actual food, right?” He was holding back a laugh. He didn’t even eat the cereal. It was just something he bought when he went out because he knew you’d eat it. You spoke up, mouth still full.

“I don’t really care.” You assured him. You really didn’t. You didn’t need lucky charms to enjoy yourself.

You nearly coughed up your food when he snaked his arms around your waist. Your face heated.

You set your spoon down and covered your mouth as you continued to cough. You controlled yourself before you growled at him.

“Don’t do that while I’m eating, idiota!” You scolded him lightly before swallowing. You rested your hands on the counter.

“Why not?” He asked plainly, not taking your suffering into consideration.

“Because I’ll choke that’s why!” Your head was turned as you tried to get a look at his face. His hands traveled up your abdomen and your face reddened.

“Mista, I’m mad at you,” You told him, not approving of his touch. He rested his hands on your chest, squeezing. You let out a small whimper, humming in contemplation. You didn’t want to give him any satisfaction.

“Are you listening?” You asked him. He immediately answered.

“Nuh-uh.” He nuzzled the side of his face against the back of your head, causing you to let out a sigh. You raised your hands and placed them over his, removing them from your chest. You turned around.

“Do you need something, Guido?” Your head hung lazily to the side as you awaited an answer.

“Just you, Cara.” He replied with one of his stupid smiles plastered on his face. Your chest tightened. He didn’t have to do much to make you feel this way. You looked away from him, sticking your nose up.

“You don’t try very hard, do you?” You told him, beginning to inch away, taking ahold of your bowl. You wanted to clean it up before the two of you did anything else.

“I don’t need to.” He replied, pulling your hair back and tugging on it lightly. You furrowed your brows. He was right, he didn’t have to try very hard at all.

“Let me finish this, then I’ll make it harder for you.” 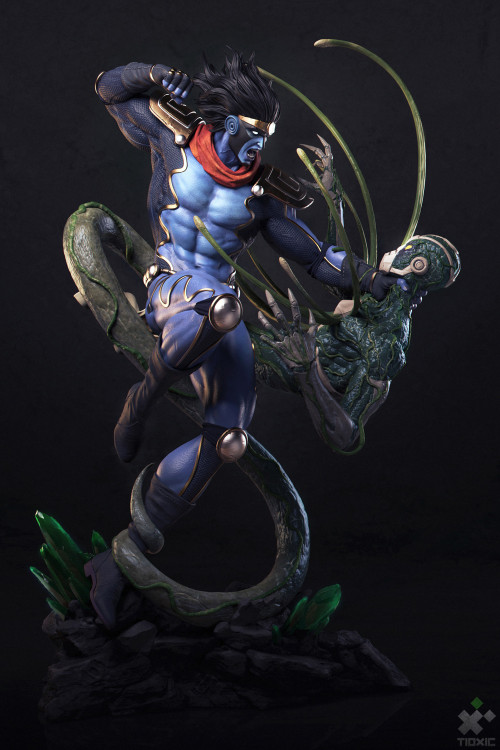 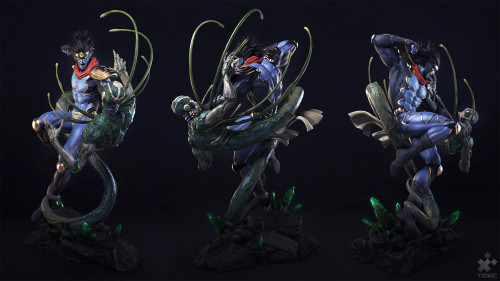 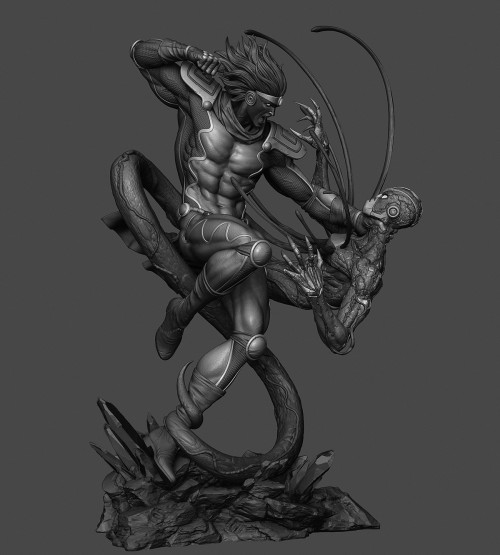 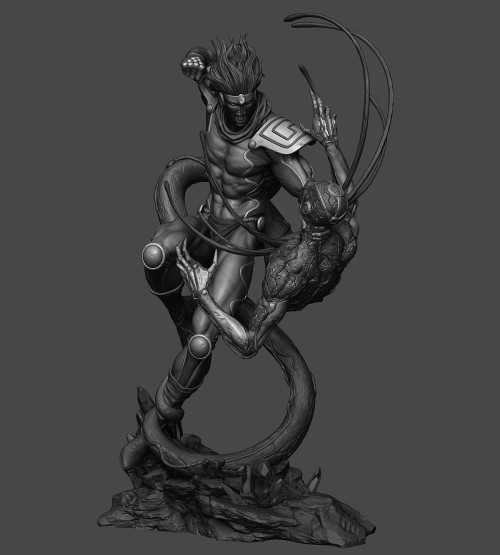 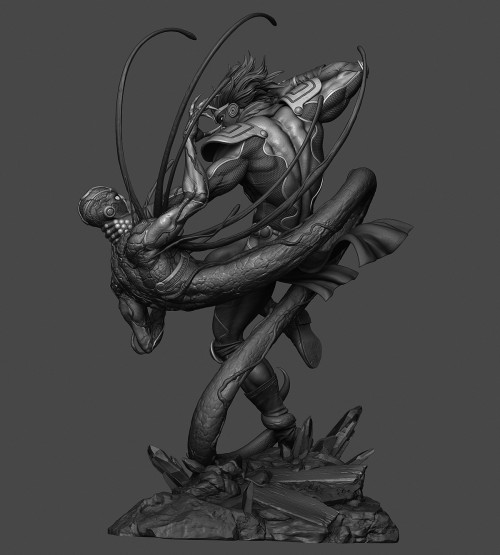 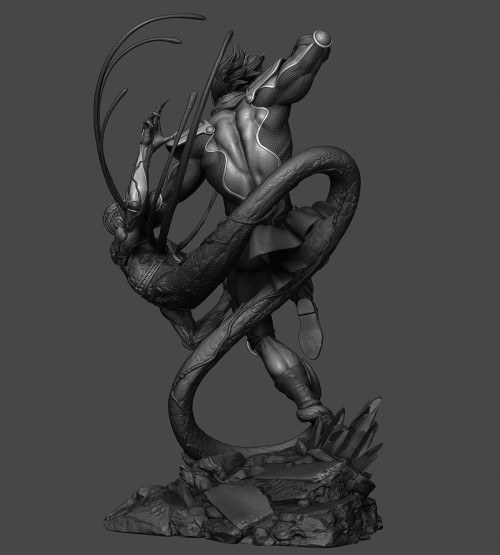 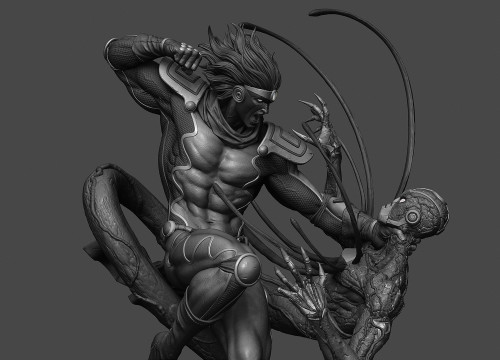 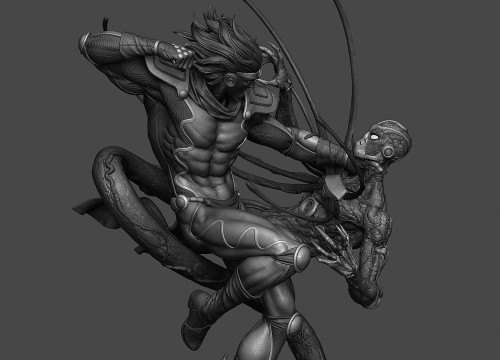 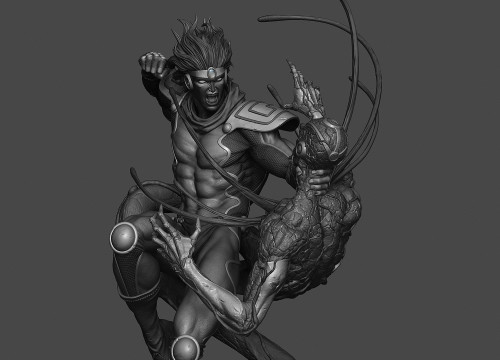 Vanilla Ice pissing in a chalice for you to drink😍   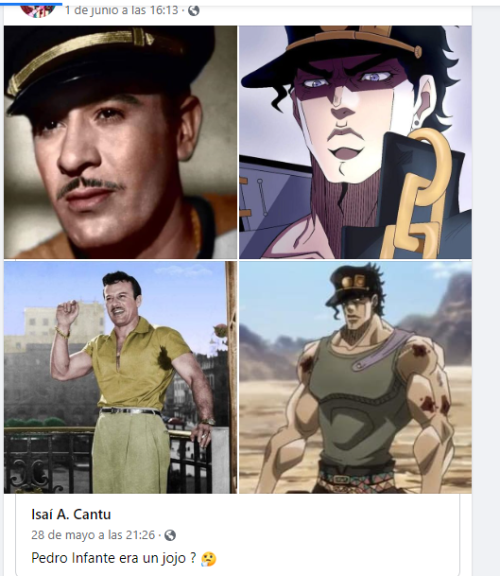 anonymous asked: hey so uh can i get fugo with s/o that ran away from hone w the same circumstances as him (she worked at passione under bruno part time for a while) scenario where he comforts her and kisses her for the first time?

It’s a little on the shorter side, but I hope that you like it!

“Either come with us, or go your own separate ways. This is your final warning."Bruno spoke harshly as the rest of his team climbed into the boat.

You and Fugo stood defiantly at the water’s edge, arms crossed. "Not this time, what you’re proposing is insane.” Fugo nodded in agreement.

“Have it your way-” Bruno kicked the engine into gear, and the boat sailed further and further away to find out the true identity of the Boss.

Fugo could have sworn that he saw tears in Narancia’s eyes as he watched the boat along with their figures retreat into the sun. He would most likely never see them again.
—-
You had spent the last couple of hours running, concealing your tracks. It was just you and Fugo now.

“Why did you come with me?” Fugo asked, gasping for breath. The two of you were leaning against a concrete wall, hidden in an alleyway.

“I care about you too much just to see you leave on your own like that. After all we’ve been through?” He hated to admit it, but you were right.

You had been assigned to Bucciarati’s team seemingly out of the blue. All the other members of the team welcomed you, some easier than others.

But Fugo had grown especially close to you.

When you were on missions together, you were inseparable. He had felt comfortable enough about sharing his past with you and how he had found Passione. You admired his courage to speak out and in turn had shared some stories of your own as well.

When Bruno had suggested breaking off and betraying the very organization that had employed them? Now that just didn’t sit well with Fugo. He was so driven by rules that the very thought of breaking them made him go crazy.

He would be lying to himself if he said that he didn’t have feelings for you. The two of you had been through so much already, and now it was just you against the world.

“Y/N I really appreciate you for staying with me. The gang was like my family after I was left with nothing…” You were really close now, with you turning around to face him.

“Fugo, I’m your family now.” You grabbed him gently and brought your lips to his. Through the dark of the alley you could see a faint blush form across his features.

“Family, huh? I could get used to that.” He grabbed your hand, rubbing his thumb over the top of it. It was a comforting gesture.

Within a couple seconds Fugo had wrapped you into a tight hug with no intention of letting you go. “Good.” you said, humming contently in his embrace.

Jolyne Bonding With Her Step Mother:

(SO that might have sucked? I’m not that far into Stone Ocean!)

You did sometimes watch Josuke from afar. You’ve spoken to him before, it wouldn’t be wrong if you labeled him as a friend even. It was just nerve wracking to be around him sometimes because you liked him so damn much. You wished you could make those feelings go away sometimes,

It was really nice out that day and school had just gotten out. You saw Josuke and Okuyasu hanging out next to the tennis courts, chatting up a storm. You observed from behind a small pillar outside the gym. Him and Okuyasu were inseparable and their friendship honestly made you jealous.

You watched with a smile on your face as the two of them smiled and laughed together. You then felt a stinging sensation in your nose and raised your arm up to it,

You sneezed loudly. Oh crap! Your eyes darted back to the two you had been looking at stood, but this time they were looking at you. You froze in place, beet red. All you could do was turn your body and face away, this was so embarrassing!

You head Josuke run up from behind you. You refused to look. In turn, he circled ‘round and stood in front of you.

He asked you. He wasn’t sure why you didn’t just come up and talk to him and his best friend, it seemed rather strange to him. You shook your head lightly before you managed to look at him.

You didn’t mean to say the last part, but it slipped out and now there wasn’t anything you could do about it. Josuke raised his brows and opened his mouth but took a moment to speak. He had an idea of why you were so hesitant. He chuckled. You were being ridiculous.

“Well, why don’t you just come and have fun with us? You’re really cool, (Y/N). We both like having you around.”

He was grinning as he spoke. You gave him a shy smile, trying to hide how much his words meant to you. He spoke again.

“It’s alright! Come and hang with us, okay?”

He realized how shy you were, he just didn’t know it was this severe. He walked past you, back towards the tennis court. He stopped so that he could hold out his hand for you to take.

You took it happily.

Bruno: would you like some spaghetti in these trying times

some morioh stickers & a postcard idea :] 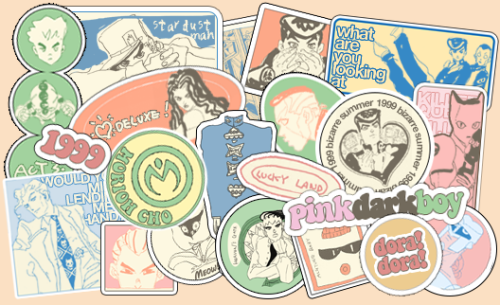 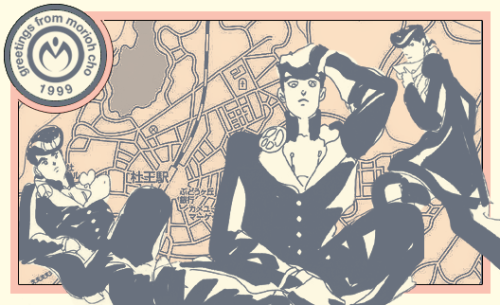