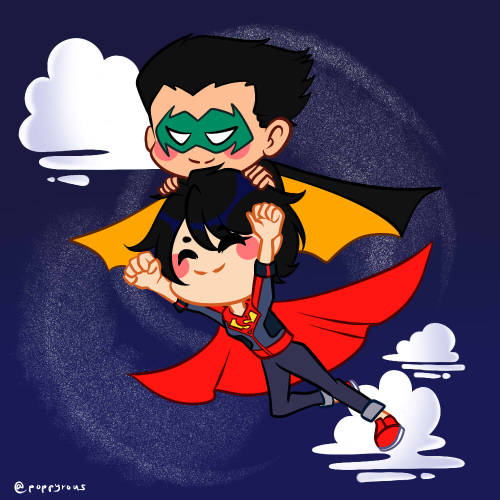 @detectivedamian I wrote the scenario for you I hope you like it ;)

damian: i cannot wear this i physically cannot

jason: dude, you have to, think of the look on bruce’s face

tim: get out here kid it’ll be hilarious

jon: cmon dami i bet it isn’t that bad!

damian, exits his room in a kids Superman costume: i- we are never doing this again. GRAYSON PUT THE CAMERA AWAY

just a snippet of what those flowers were for 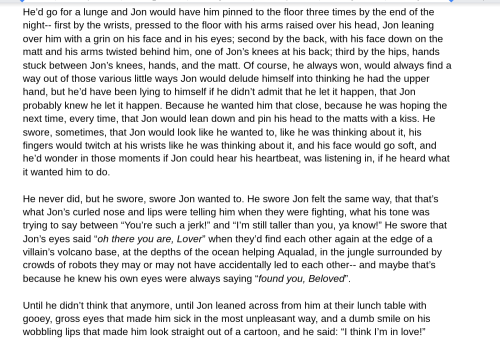 It occurs to me, in a good-mom Talia fic, where Jon has broken Damian’s heart…. nobody else would understand his pain more. I keep alluding to the fact, when I write about this sort of thing, that Damian is falling into the same trap as his mom and falling in love with somebody who could never love him back… but that interaction would be so fun to write.

Talia would never wish that sort of pain on Damian, because she knows it well. In her efforts to help, she’d probably drive him to do some unhealthy things– throw himself into work with his father, remove himself from Jon in the way she never could from Bruce, follow his father and only his father the way she’s only followed hers– but she knows Bruce is a better man to follow.

Not to mention… Bruce would 100% notice Damian acting much more like his mother, and I don’t think he’d like it.

#jondami, #damijon, #Damian Wayne, #Talia al Ghul, #bruce wayne, #jonathan samuel kent, #Damian al Ghul, #don't get me wrong, #in this fic Jon is 100% going to notice too, #and he's not gonna stand for that shit, #but Bruce is absolutely going to notice that something has hurt Damian enough, #to pull back into himself and act more like his mom, #because who else does he have an example to follow when it comes to a broken heart?
41 notes · See All
umsonhoamaisText 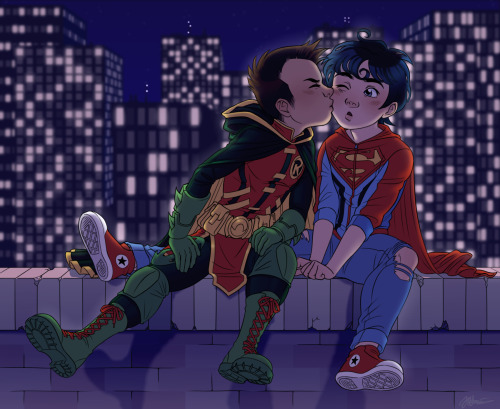 as if you don’t already know all about it

SO this is a jondami au (surprise surprise) where damian is Anastasia and jon is Dimitri. this idea came about when I was listening to in a crowd of thousands and went this but with damijon

dick and tim are the surviving royal family members in Paris. damian obviously has no memories of his life before waking up in the hospital. jon and conner are the conmen who are looking for a prince to play pretend for the reward money.

Anastasia was the first show I ever saw on Broadway so it holds a special place in my heart, and so does jondami, so obviously I had to smash them together!

you guys know how jon’s full name is jonathan samuel kent, right? so, i think it would be lovely if, for any reason, damian started randomly calling him ‘samuel’ or ‘sam’. maybe to tease him??? maybe when he’s mad??? i don’t know!! i just really wanted to see it happen one day. can’t you imagine jon’s face twitch in pure confusion, like “what the fuck, d?” 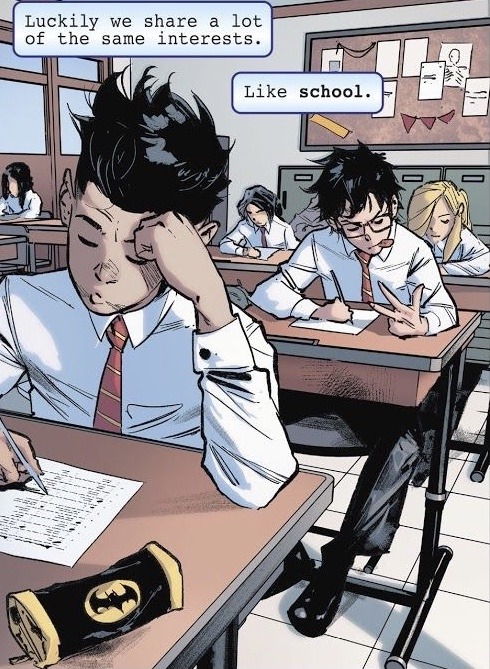 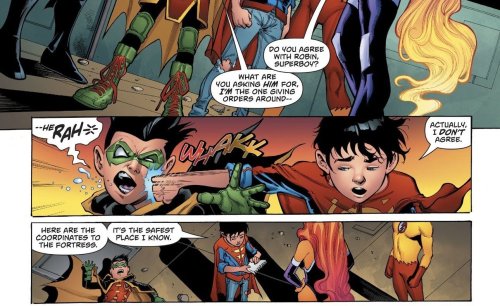 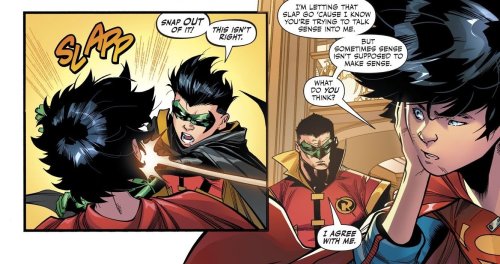 Damian took a deep breath, glancing over at the figure slumped in the car beside him.

They had been driving for hours. Damian had lost track at this point. He just knew that he kept having to switch radio stations - nothing ever played anything good. There was just the sound of the radio, the rumble of the shitty country highway under his tires, and Jon’s soft snoring in the passenger seat. It was pitch black outside, on the rare occasion that they passed someone on the highway, their headlights were blinding. Damian’s ankle ached from where he had sprained it, and his back was sore. His butt had gone numb about an hour ago.

He could ask Jon to switch, he could pull over into a gas station, and wake him up with a gentle shake and a soft kiss. He could do that, and then he’d be able to lay back and sleep and relax. But he wouldn’t do that. Jon needed his rest. Jon wasn’t used to pulling all nighters, while Damian was. He’d gone days without sleep before, he could do a 20 hour drive no problem.