The following antisemitic screed was written by a man who claims to be a “Messianic Jew” in response to this article, “Against Messianic Judaism” https://link.medium.com/RqrQ48YuP7 . This is why we always make sure to clarify that these Christians are not Jewish.

But where can wisdom be found? And where is the place of understanding?

Where then does wisdom come from? And where is the place of understanding? Thus it is hidden from the eyes of all living And concealed from the birds of the sky. Abaddon and Death say, ‘With our ears we have heard a report of it.

God understands its way, And He knows its place.

For He looks to the ends of the earth and sees everything under the heavens.  When He imparted weight to the wind and meted out the waters by measure, when He set a limit for the rain and a course for the thunderbolt, then He saw it and declared it; He established it and also searched it out.

And to man He said, ‘Behold, the fear of the Lord, that is wisdom; And to depart from evil is understanding.’

#may move to a future Theology blog if I make one, #earlier in this chapter we get a beautiful description of someone mining for precious ore, #the description shows how real and gritty and difficult it is, #and I think the chapter should be read as a whole, #job, #book of job, #bible study, #theology, #bible, #Scripture, #Christianity, #Judaism
2 notes · See All
sorekbekarmiAnswer

It depends on the story, but I think you can’t ever really draw that distinction because 1) often we just will never know the real facts and 2) stories can be based on real events without being factual accounts.

Personally I love trying to pick apart where that actual line is by comparing the Tanakh with archeology and history and especially with other near eastern religions and cultures.

Like, the creation account in Genesis? Its poetry, and it echoes the structure of the creation account of Sumeria, and even has some direct quotes from it. But both also, in an allegorical sense, echoes the way that the universe, solar system, and life on earth probably emerged and evolved. It doesn’t have to be FACTUAL for me to find some truth in it.

The exodus? Do I believe that it literally happened as written in the Torah? No, because the historical record doesn’t support it. However, do I believe that it is a later syncretism of the events of the late bronze age collapse, the Egyptian empire withdrawing from Goshen, and the formerly enslaved Hebrew and Midianite peoples exchanging culture and religion in the Sinai region before a monotheistic Hebrew society emerged and became dominant in Canaan? Hell fucking yeah, and actually, if you look at archeology in Sinai, you see the seeds of truth in the exodus story, even if it wasnt a mass exit of millions of people.

The four angels of Ezekiels vision? First of all, we don’t know how literal he was being, and we DO know they had drugs in the ancient world and werent afraid to use them. Lol. But more importantly, we know Ezekiel was writing in Babylon, and that his descriptions of angels reflects the astronomical and cosmological knowledge of Babylon at the time. The man, bull, eagle, and lion represent Aquarius, Taurus, Scorpio, and Leo, the cardinals of the Zodiac. The wheels of eyes represent the turning of the stars. Beyond any literal interpretation, this passage uses the scientific knowledge of that time to make a powerful image of the whole universe being vast, powerful, overwhelming, and intricate, and all of that bearing whiteness to the vastness, power, and overwelmingness of G-d, the single existence, the connection point of everything else that exists.

I tend to think that the stories about PEOPLE as individuals are more likely to be true, or to be more closely based on true events.

In the end I don’t think it matters, because the Tanakh does not HAVE to be literally true for you to find truth and value in it, so why would anyone need to INSIST that it is 100% factual?

Excerpt from Zohar: The Book of Enlightenment, translated by Daniel Chanan Matt. ‘The Accuser’, I believe, would be what we know as “Satan” in modern Judaism. This figure is seen as a servant of the Divine here - not Christianity’s defiant rebel and father of evil, but more like the necessary prosecutor in a court case (or possibly the head of God’s Internal Affairs department). He’s the one making the holy call-out posts and @ ing the Divine when humans are dicking around, basically. 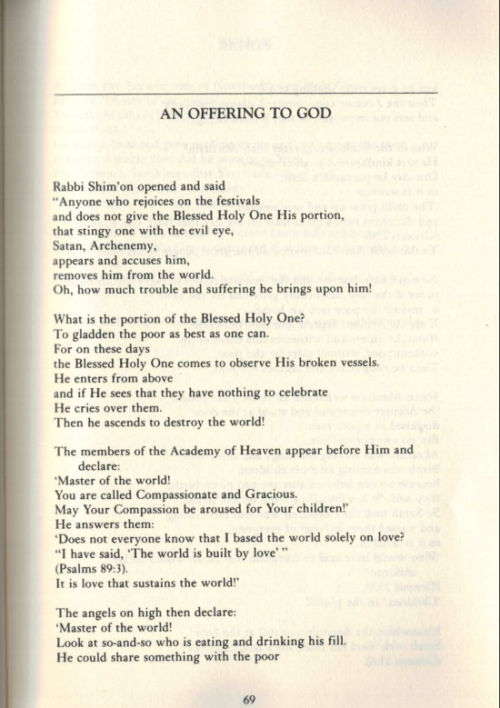 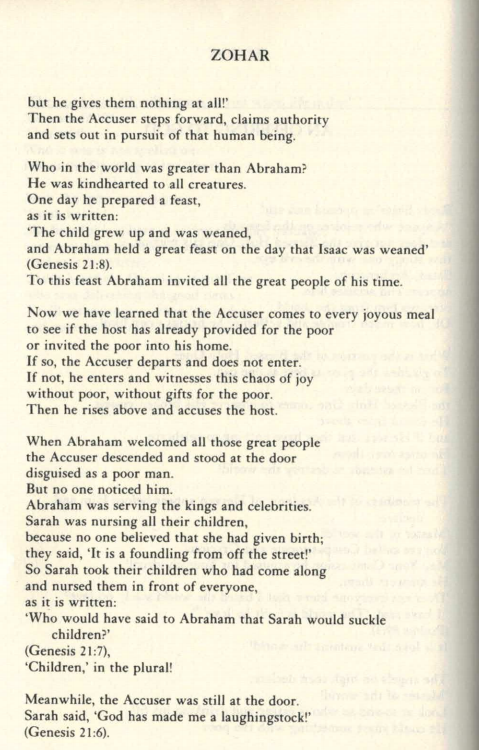 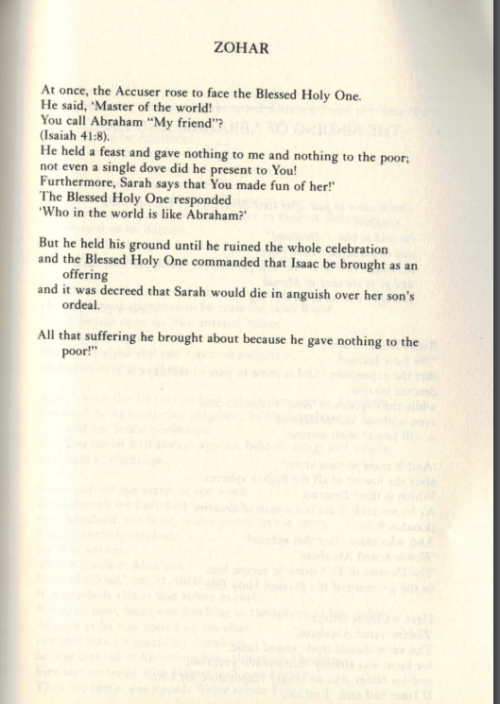 #zohar, #judaism, #kabbalah, #sorry i can't type it all out for screen readers it'd hurt my hands, #satan pulling reciepts on abraham
7 notes · See All
lgbtunisText

I’m gonna be the token jew here and add that you can’t discuss racism in the star trek franchise and how it’s creators were and are white without at least mentioning how it’s former and current creator teams were prominently jewish, and how star trek was deeply shaped by their judaism.

this is also important when discussing diversity in the star trek franchise, and how groundbreaking it was and still is. alongside conversations about how star trek represented people of color through it’s history (for better or worse), disability, the LGBT community and the affects of war, it’s equally important to highlight the creators’ Judaism and its impact on the franchise.

[gentiles are encouraged to reblog]

fuck israel and fuck ANYONE who supports *sra*l bc it’s plain evil and was NEVER supposed to exist in the first place.

with the logic zionists use to justify israel’s existence in the very first place, the moors can come back, kill citizens living in spain, and call it a new country.

and zionists and zionist politicians bring in the religion of judaism and try to make the *sra*l and palestinian conflict into a religious conflict. it’s not, it’s a land conflict. and anyone who thinks otherwise is biased, and not understanding the issue for what it is.

We hope everyone had an inspiring Shabbat, and wish you all a successful week ahead. 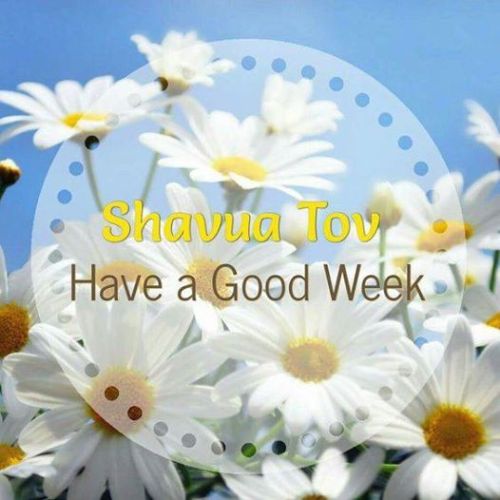 Thank you! I’m Jewish myself so it was important to me to highlight the Jewish heritage with the Pines family. Jews don’t get a whole lot of decent representation in media and I like to do my part showing what we do have with fanfic.

I don’t think it’s a bad thing, no. This is often the first step on the road to conversion. It’s also normal to long for a culture when you…don’t really have one (I am assuming you are American here). As long as you aren’t fetishizing them or being a philosemite (basically the other side of the coin as an antisemite, someone who is obsessed with Jewish people to an unhealthy degree but who still believe bad things about us, like we’re going to hell). 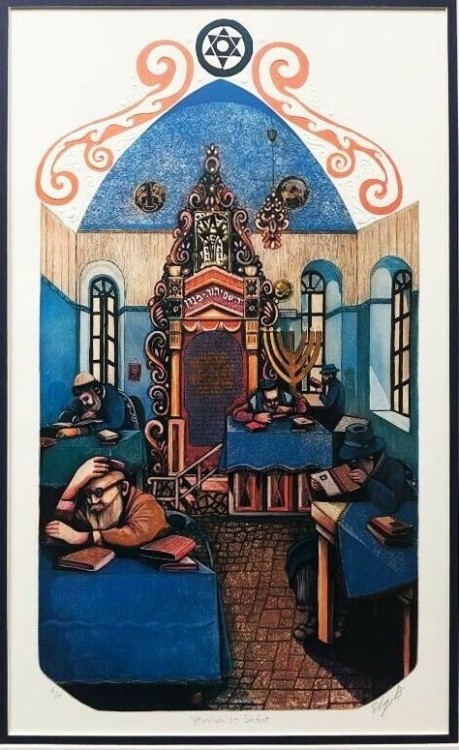 reminder that hitler studied Jim Crow laws and the American treatment of native Americans before doing what he did to my people. The United States of America is not worth celebrating. Happy fourth.

What have y’all read regarding the history of Palestine / Israel? Do you have a preferred history book?

Obviously the conflict has almost 150 years of baggage and context ( just in the modern and contemporary times) and I’m not naive enough to think there’s a single source that’s going to get it all right - especially when I do my reading in English.

I just feel like there are two or more different libraries on this topic. 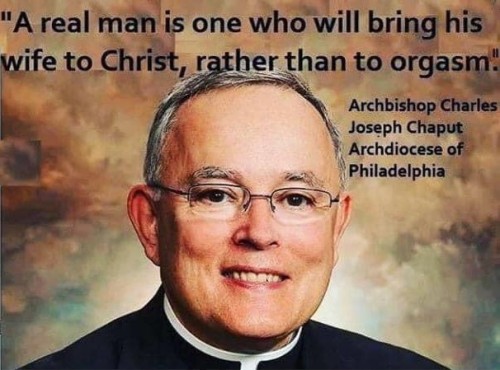 I Am Love, You Will Not Defy Me!

People grab on to Religion, some of the reasons are, they’re scared, hurt or hurting, they’re lonely or they feel a void inside them that religion seems to fill.

They hear the message of love and it makes them feel good.

Religion the Worship of God is presented as a Good Wholesome Way of Being.

And a lot of Religious People do a lot of good things for Many People.

But what’s in the back of their Religion what is the Steel Beam that holds the Religion up.

Unfortunately that Steel Beam is Hate, it is that simple.

Their God is a Killer! Their Christ in the book of Revelation a Killer!

Both Murdering, Men, Women and Children, ruthless, together throwing People into Hell to be Tormented.

Are Religious People horrified, sickened by it? No there Fine with it, they are content, they are sure of their rightness. They know they will Bask in there Redeemableness, enjoying the Mansions.

One thing the Religious People do Not Realize, can not Seem to Grasp, is the Hate that Saturates their Religion. The Hate is what they Need to See, but somehow can’t or won’t. This Hate is the Devil’s. The Religious People, see this Hate as coming from their God. Who they must submit to. worship and beg forgiveness.

And somehow they are going to be safe from his Hate. They refuse to Consider anything pertaining to this Hate as Originated and Perpetrated by the Devil. They are unable to comprehend that there is an Ulterior Motivation for this Religion.

The Devil, Christ, and the rest of the betrayers are the Perpetrators of this Religion as with all religions throughout history. The Devil, Seek To Kill our Father and All Of Us! We must be ready.

Are there any other Jews out there with one or more white goyische parents that have absolutely no one group they should be afraid of so they make up a big scary communist boogeyman that’s coming to get them, meanwhile their Jewish children and/or spouse have legitimate fears for their safety? Trying to see if this is just a my family being weird situation

Take it as a gentle reminder, but please ask yourself who you are.

Unfollowing/avoiding anti-jewish sentiments and their holders on your tl be like: אנטישמיוט.

everything sucks so bad but at least my rabbi sent me these candles that I didnt know were coming and literally showed up this morning just in time?

#this brought to you by one of my former classmates, #proclaiming that their anti-israeli stance can’t be antisemitic bc they’re gay, #i shit you not, #jumblr, #judaism, #jewish stuff
2K notes · See All
Next Page