“the eyes are the the eyes:

window to the soul”

JEALOUS WHEN S/O FLIRTS WITH OTHERS

Character(s): Satoru Gojo, Megumi Fushiguro, Kento Nanami
Form: Headcanon
Genre: SFW contains suggestive content.
Synopsis: In which they get jealous when you flirt with others.
A/N: Hihi beautiful,, thanks for requesting!!

If you open group for many ordered.  You can inbox .☺️💕 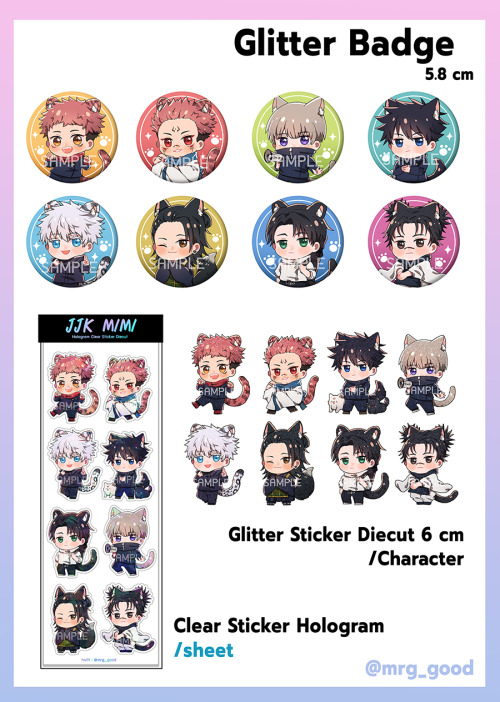 Like/reblog if you saved and loved it 🍑

“When I get back I’ll give you a ton of kisses okay?”

Gojo Siwa is real and you can’t tell me otherwise

night after night, all your dreams consisted of satoru. could they even be considered dreams at this point? every single time he ends up killing you and you can’t escape it. “stop it! i can’t take it!”

mai couldn’t ignore it any longer. she didn’t want to see her sister suffer because of her stubbornness. “have you heard the phrase pride is going to be the death of you?”

you tilted your head, “yeah?”

“i think it was written for you and only you.”

“you really don’t feel anything?”

“you’re going to drive yourself to an early grave, you know that?” even with your answer, she already got what she needed. “you have a funny way of saying you’re in love with him.”

“hasn’t he told you this already? he doesn’t want to be your rival. he loves you but you’re too busy focusing on everything but him.” you didn’t want to hear her speech but you had no choice. “i think you’re afraid of him. you can go on dates with satou but with gojo you can’t do shit because you’re so afraid of fucking up.”

she sounded ridiculous. who the hell fears satoru? “i’m not afraid.”

“then what? what is it? i’m your sister, i know you. what is holding you back?”

satoru wasn’t doing too well without you. at first, he thought he could replace you with yua but it didn’t work. every time he held her, he thought of you. he thought about placing kisses on your neck, hearing you say his name, tasting you one more time. god he loved how you tasted.

he missed hearing your voice and seeing your smile. it hurt knowing that every time the two of you went to work you did everything in your power to avoid him.

“i thought we were doing better,” his face fell into his hands. “i’m such an idiot. it’s my fault for agreeing knowing how much i love her.”

both gojo and satou knew how much of an effect you had on them, but you didn’t even notice. you didn’t notice that you were slowly killing these two men.

doing their best to not reach out to you and hide you from the world. they knew you’d never agree–well, not without a fight. you were strong, you could lead twelve armies on your own. you could win wars without trying because you were just that amazing but, that’s not why they loved you. anyone could be strong, but you knew you weren’t perfect. you knew you had shit to work on and that’s what you did. you worked until your eyes became heavy and your mouth became dry.

“yua?” he mumbled into his phone, confused why she was interrupting his pity party. “sure. yeah, come over.” he said it without thinking. he didn’t want to have sex with her when all he could think about is you. it was unfair to her.

he waited silently. practicing how he’d break the news that their little entanglement is over.

it’s clear that these dreams had no intention of leaving you alone.

you sat in a dark and empty room. a light shined on your face, but there was no one behind it. “so tell me…” the voice began. “who do you have left?”

“no one,” you held back tears.

“no one!” you were truly alone. you’ve turned into the woman that you’ve never wanted to become. alone and bitter, with no one left by your side.

it forced you to watch images of your life. “this isn’t working, y/n,” it was satou. “you don’t have time for anyone but yourself.” you wasn’t selfish for wanting to make a living, was she?

“i’m tired of trying to help you when you don’t listen.” you tried to reach out to mai, but she vanished before you could touch her.

this last one hurt. “i’m tired of the silly little games.” it was gojo, but he didn’t disappear. you watched as he grew old with yua, forgetting all about his little coworker.

“so tell me,” a mirrored version of you stepped out of the shadows. this version of you leaned down so the two of you could be eye level, “who do you have left?”

when you finally woke up from this nightmare, you realized you couldn’t live like this any longer. you would not lose satoru, your job will always be there but he will not–well maybe the job would go too but jobs are replaceable–and you don’t want a repeat of your second year.

Disclaimer: The image/s used are my own screenshots. However, I do not own Jujutsu Kaisen. All Rights Reserved and full credits goes to the rightful owner/s.

Disclaimer: The image/s used are my own screenshots. However, I do not own Jujutsu Kaisen. All Rights Reserved and full credits goes to the rightful owner/s.

- summary: ever since you could even remember, you’ve had the ability to see cursed spirits- grotesque creatures that the average person was clueless to. before your father went missing, he left you with a single item to remember him by, and now living with your abusive mother and step-father, you’ve kept it to yourself unbeknownst to its true identity.

- a/n: this ‘series’ is probably gonna be around 5-10 parts? lol i honestly don’t know where it’s gonna go yet, so updates will most likely be pretty slow;( i’m also pretty new at this whole writing thing, so please leave comments with ur opinions!

Stepping off the bus at your regular stop, you smoothed down the creases in your uniform skirt, pulling at one of your white knee high socks to make it seem like you’d been wearing them for the whole day.


a/n : wanna preface this by saying the concept of seeing jjk men for the first time is entirely from @violetnotez​ ‘s headcanon so pls go check that out if u haven’t alrdy! anyways i’m so sorry for not posting this week at all asiudaskdaskmld i’m suffering from writer’s block and this was the most i could muster

Gojo seems like the guy that spanks ur clit.

request: Hello! Hello! Can you do a a father! Gojo with a daughter and he spoiled her rotten? I need some fluff with the things that going on with the manga. I really love your blog keep up the good work!❤

note: honey, i’ve got you. as a fellow manga reader, the thing we all need rn is a fucking break. but am glad you like my blog love! TT makes me super happy and wanna try harder to put more stories out cx but i enjoyed this prompt! it is very cute and definitely what we all need. i decided to make it into an entire headcanon, since that brings more joy cx i hope you don’t mind love~

gojo satoru has the arrogance and ego of a british secondary school pe teacher.

Additonally: (sorry for adding on!) Despite my rough personality, I’m a pretty sensitive person. I can make jokes about myself, but I get hurt when someone else adds onto it and makes fun of me. I have a really hard time sleeping. The only I can sleep is if I’m on the verge of passing out. I have bad mommy issues where psychical and verbal abuse was in play when I was a toddler and up. I’m an only child so I never got a happy childhood. I was spoiled with items but not love. I look for validation because it makes me feel better about myself.

I match you with… 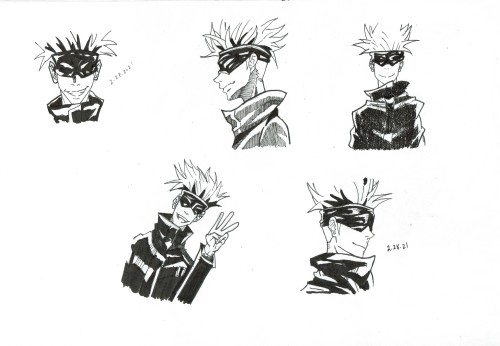